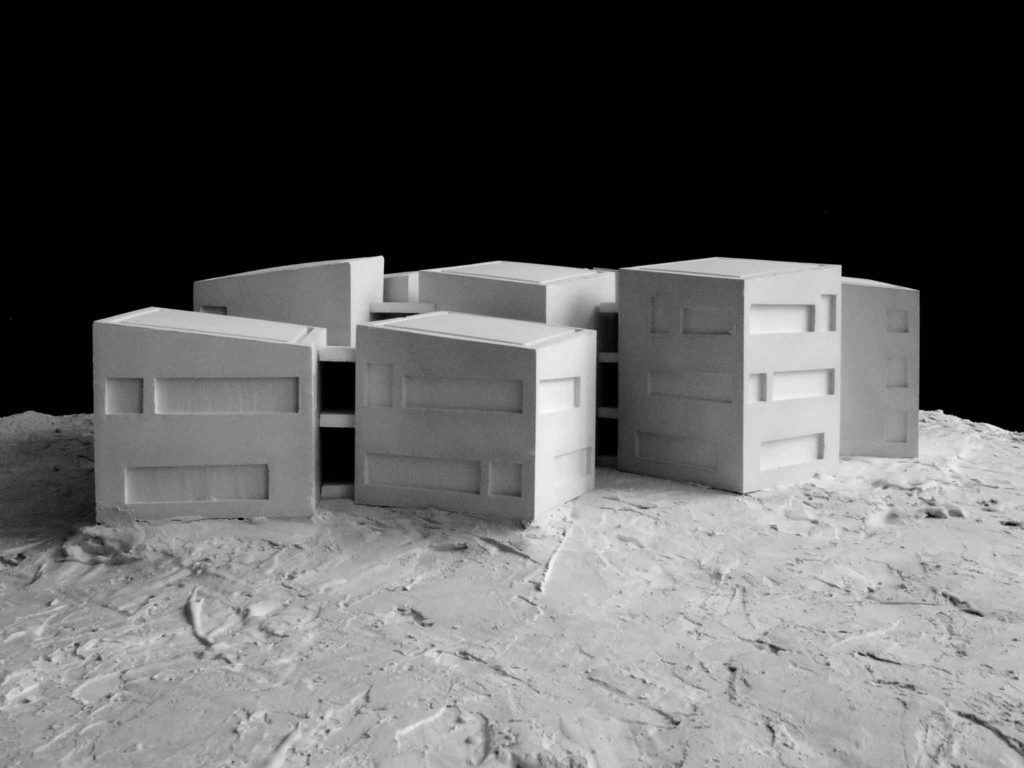 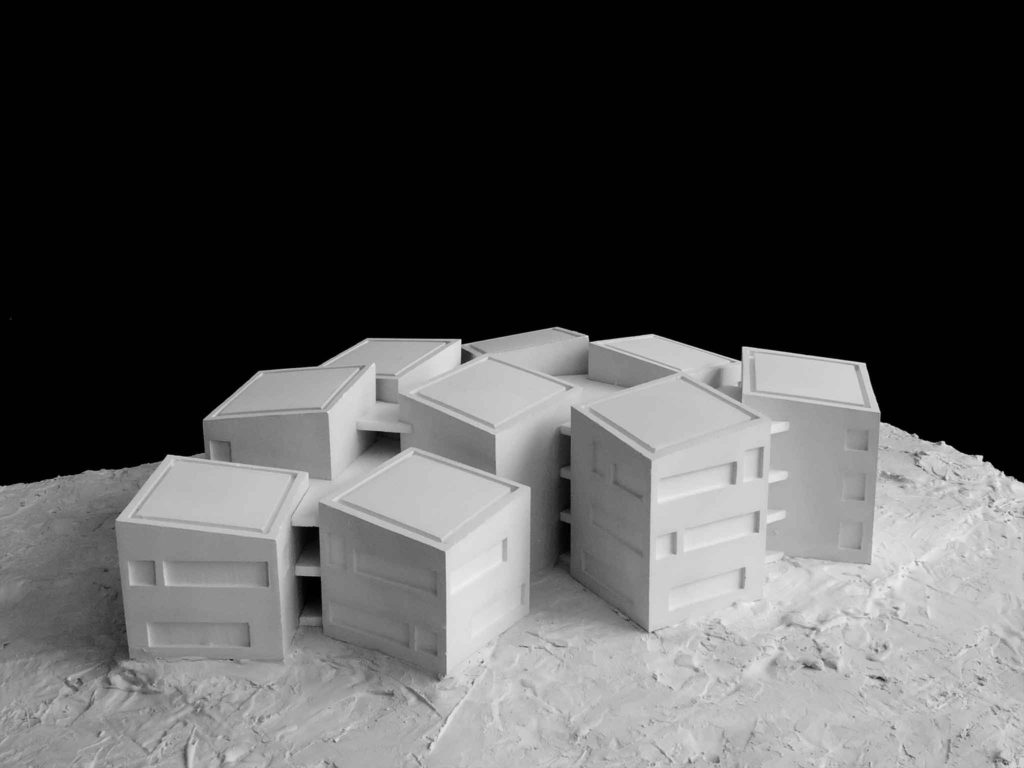 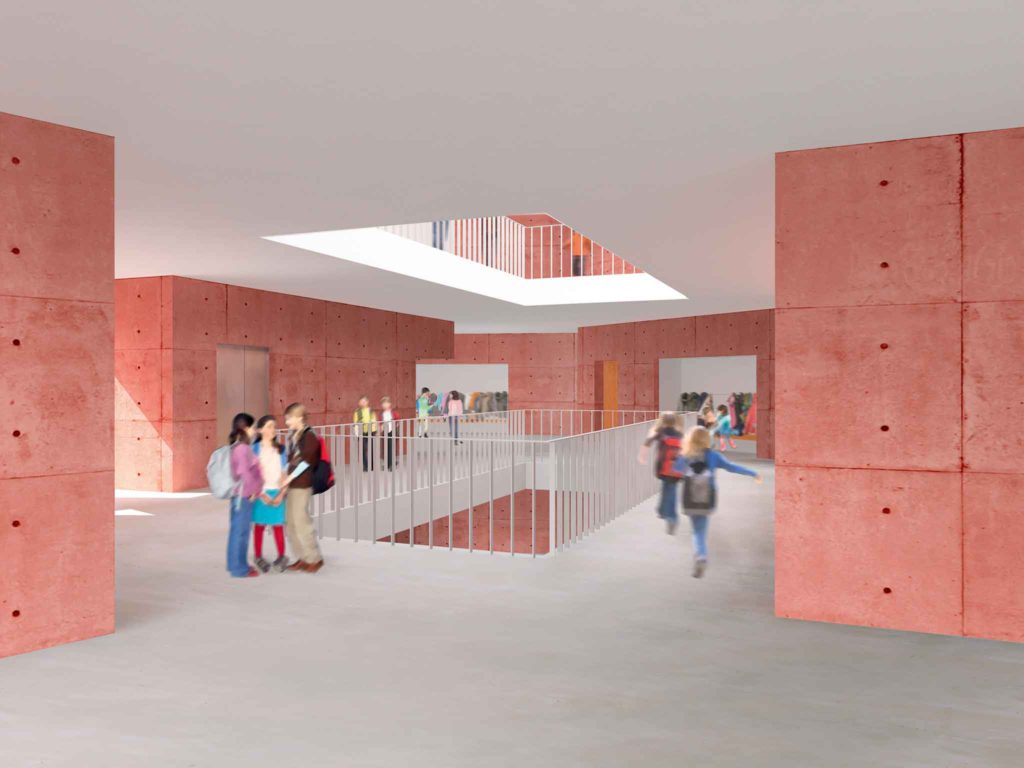 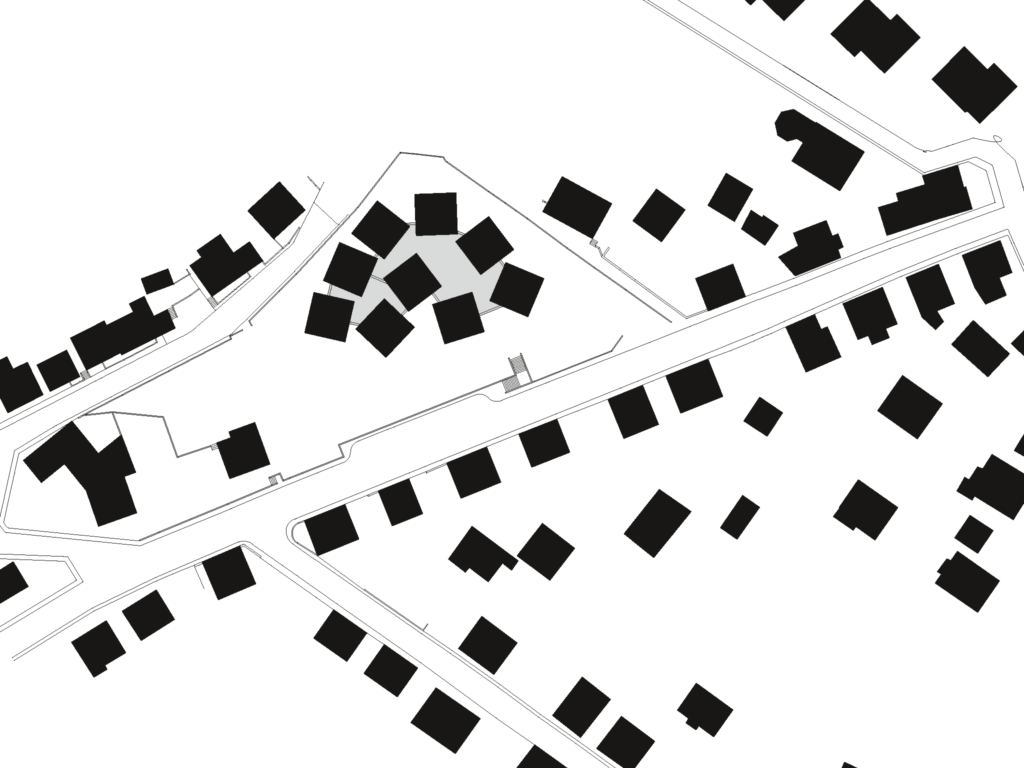 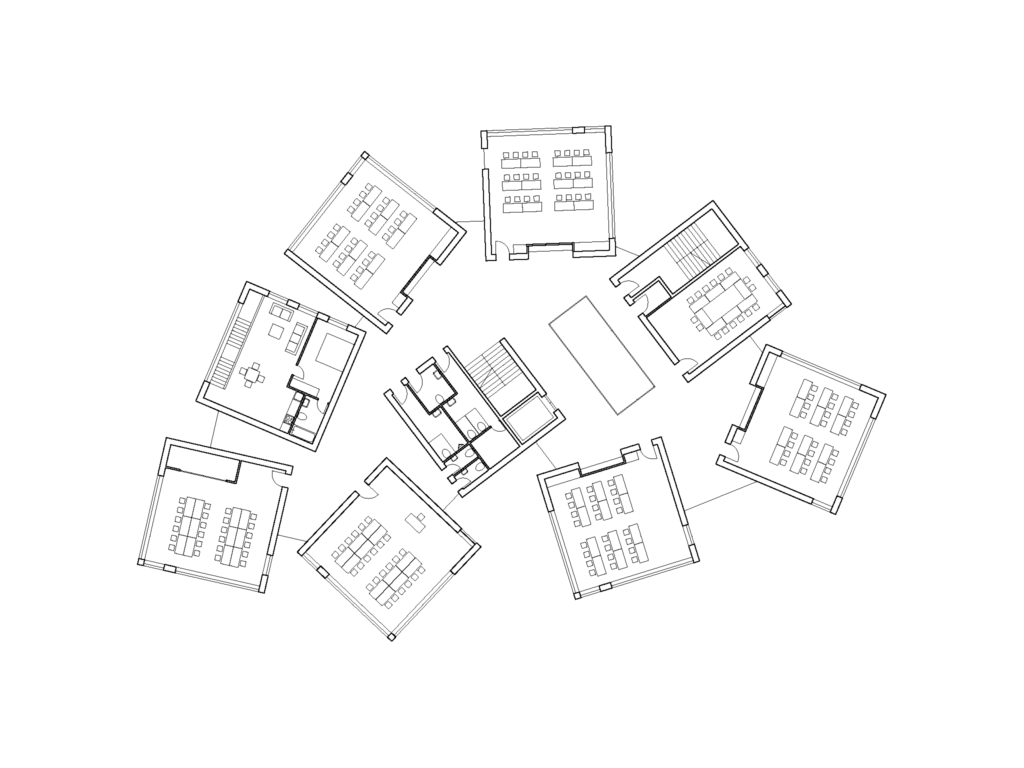 To integrate the new building of the Rossert elementary school into its small-scale surroundings in a village close to Frankfurt, it was split up into several small volumes. The volumes are adjusted in scale to the surroundings and therefore merge down the big building. The design for the school consists of nine similar volumes slightly twisted in their position and the space that is generated in-between these volumes. Twisting the volumes allows various views and angles of the village, the forest behind and to the open landscape. So each room in the school opens up into at least two different directions, thus providing visual connections between the volumes.

Functions are clearly separated into different volumes but are connected to each other by the space that is generated inbetween. Twisting the volumes generates a free flowing space that narrows and widens up again, thus producing various different areas where children can meet, play and run around, but also defines corners and areas of retreat. Therefore the building does not need any classical corridors; the school becomes a place of meeting and gathering. The space in between the volumes creates a variety of different spatial situations, nourishing children’s pleasure of exploration and their natural curiosity.

The new school occupies the north-western corner of the site, set back from the street as far as possible, nestling into the hill behind while keeping major parts of the site free for the schoolyard.
The repetitive arrangement of similar volumes facilitates extension as more volumes can easily be added to the system. On the other hand single volumes can easily be separated from the building, thereby allowing adjustments to functional or demographical changes.