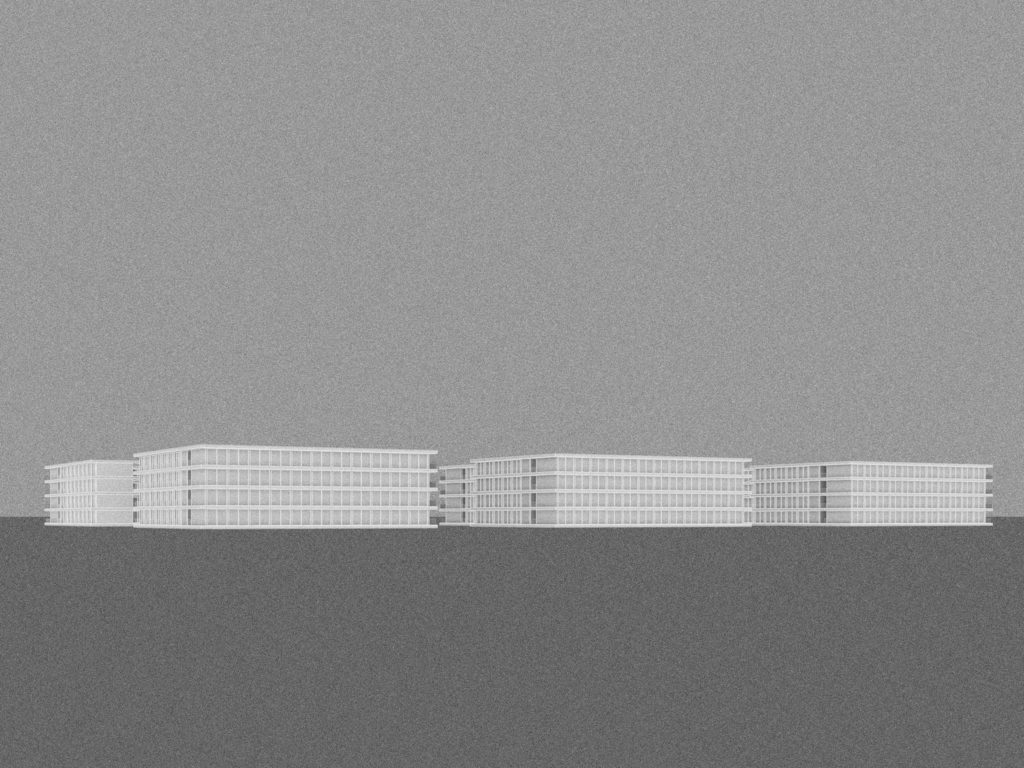 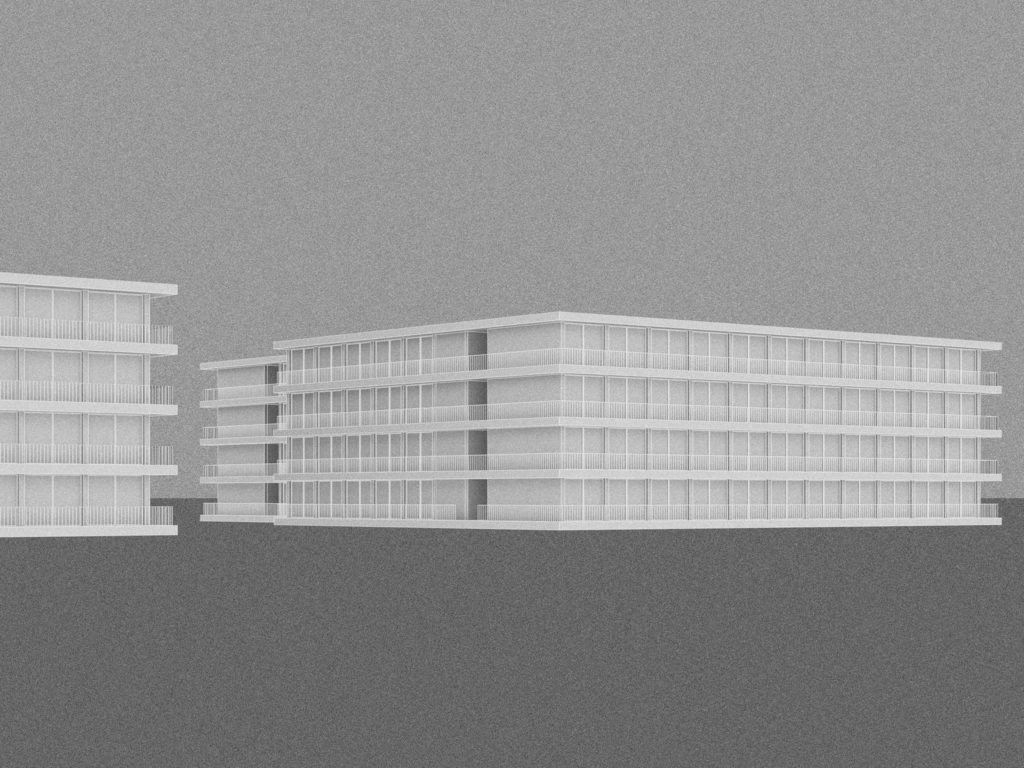 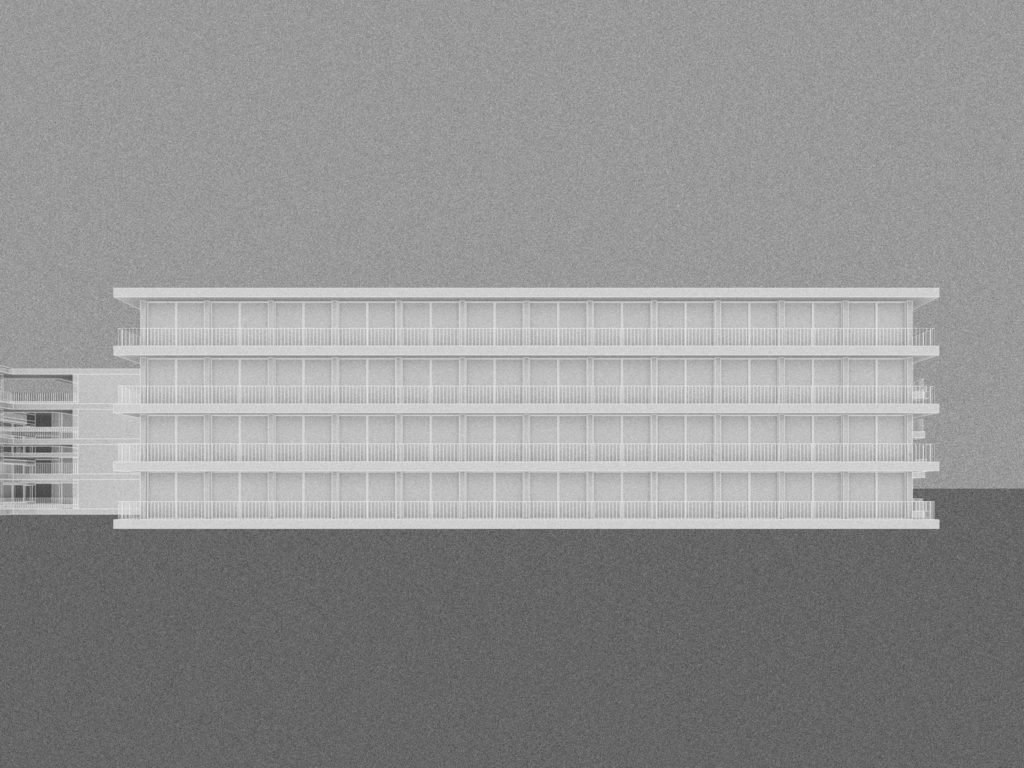 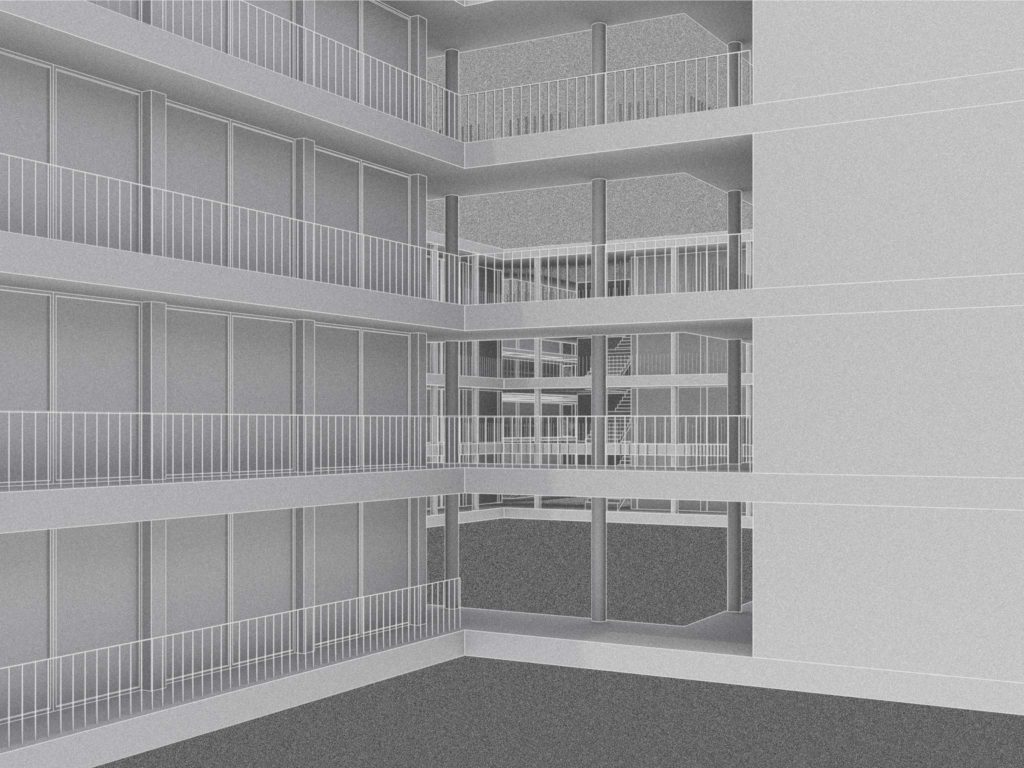 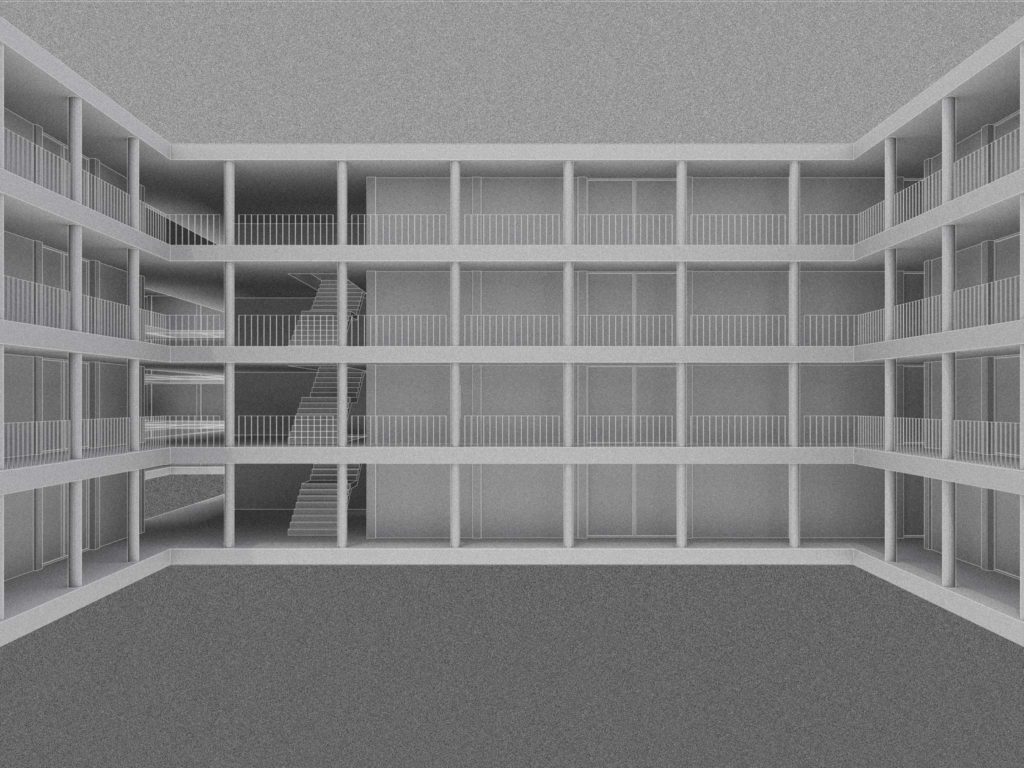 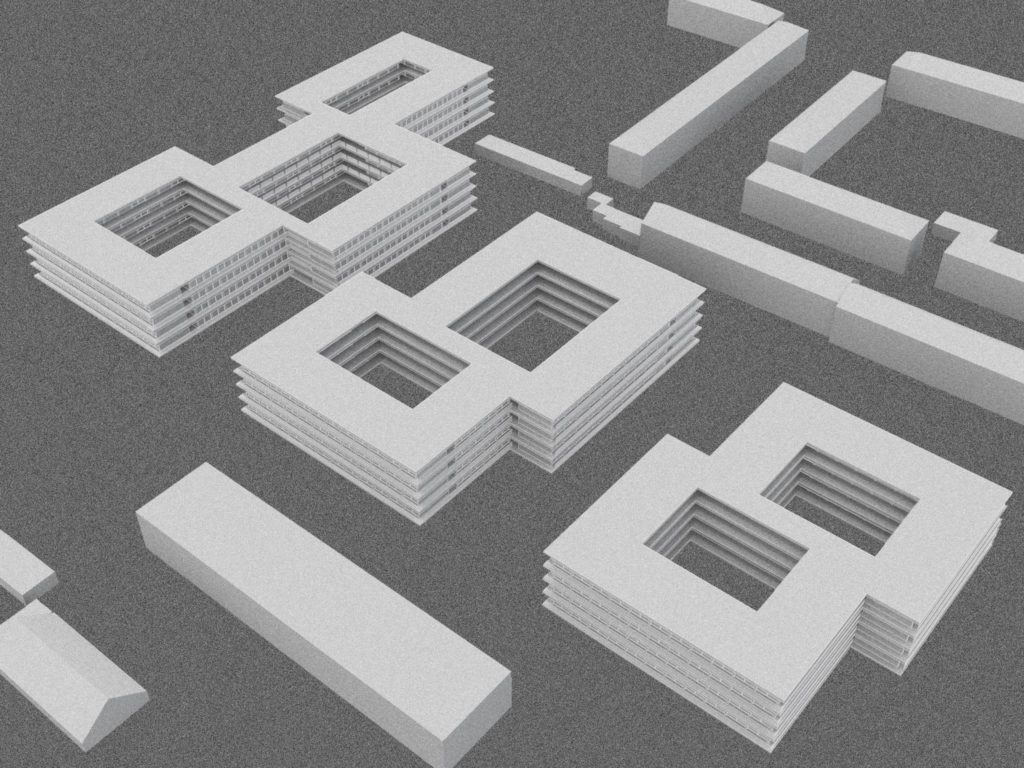 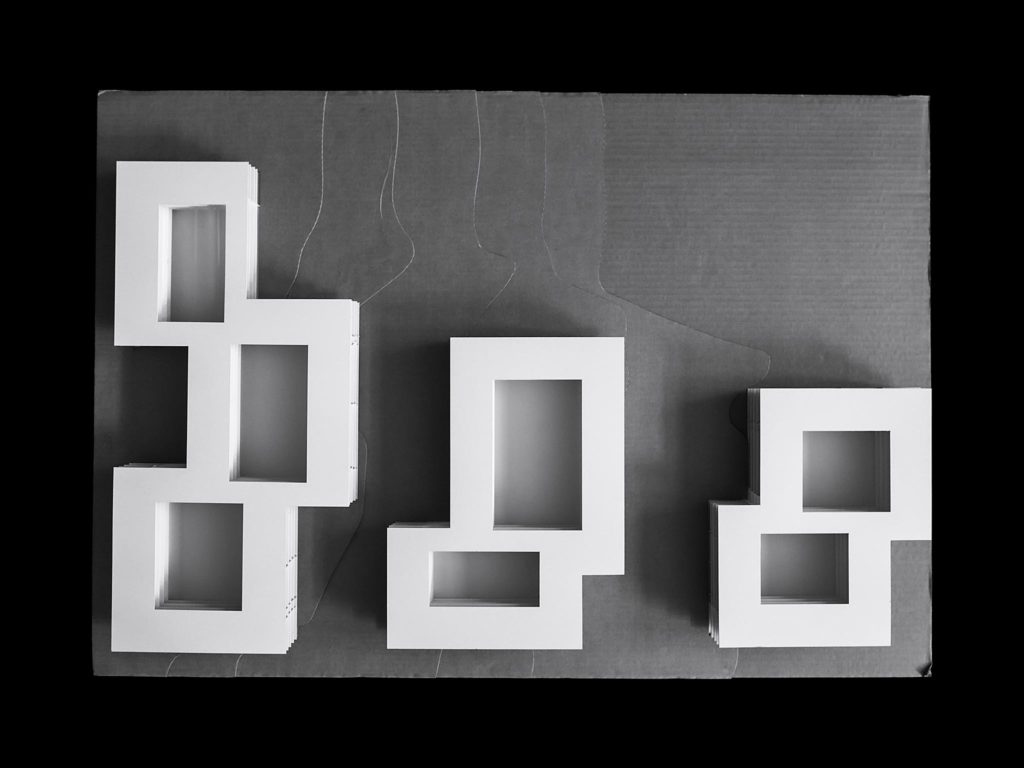 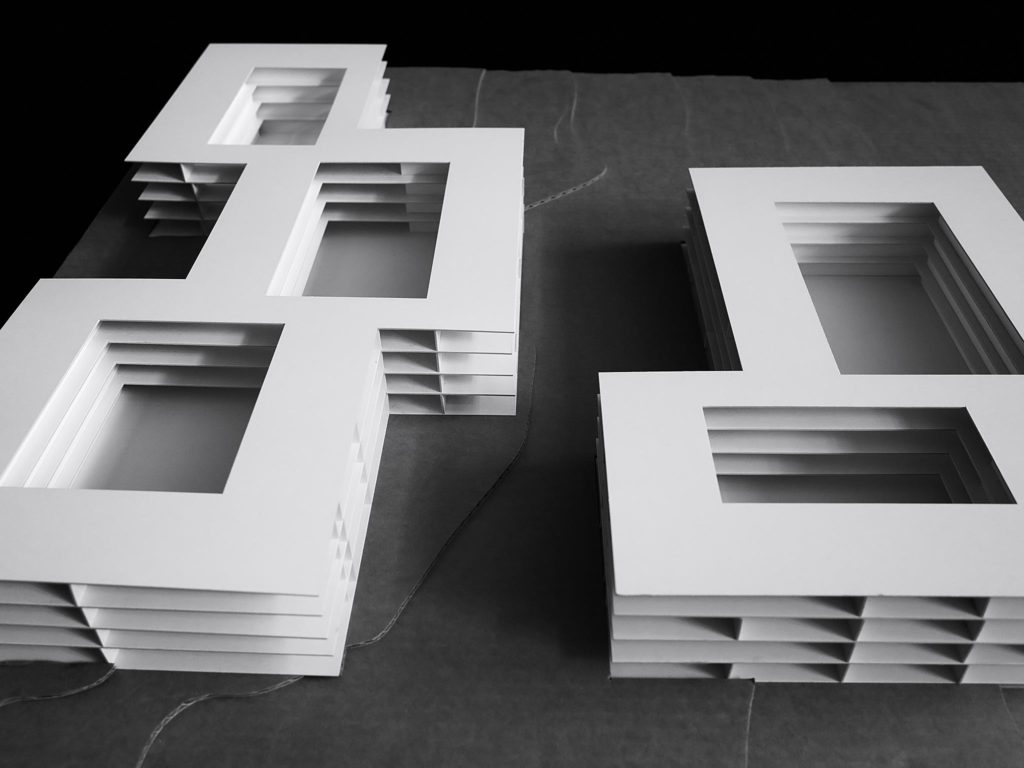 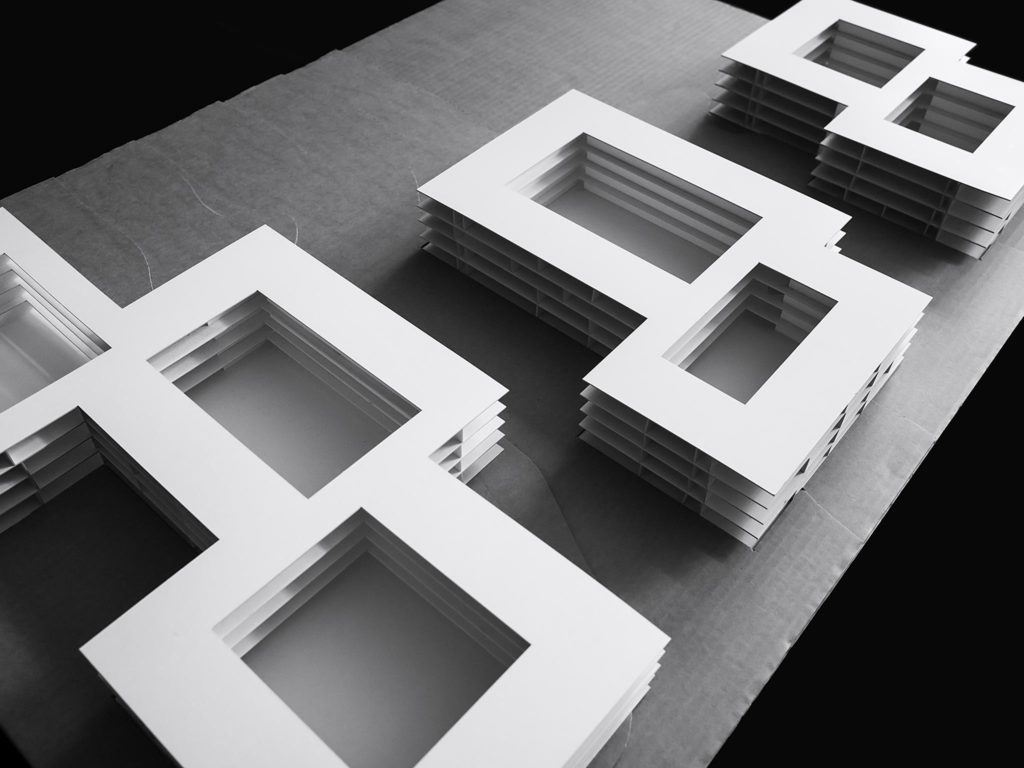 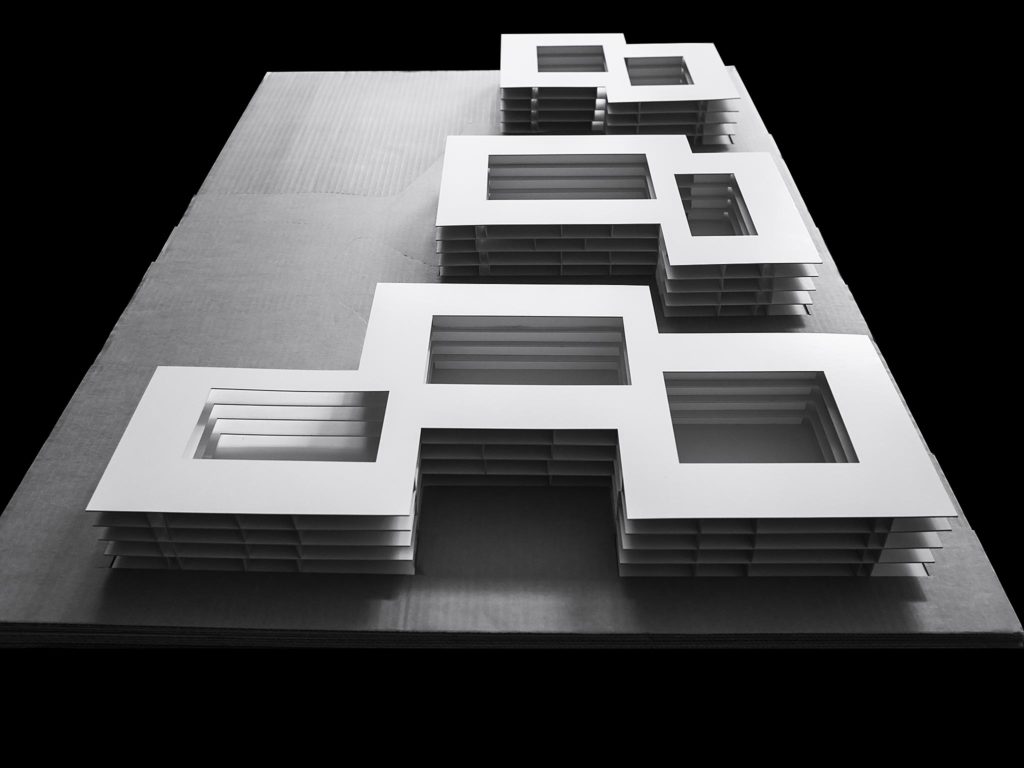 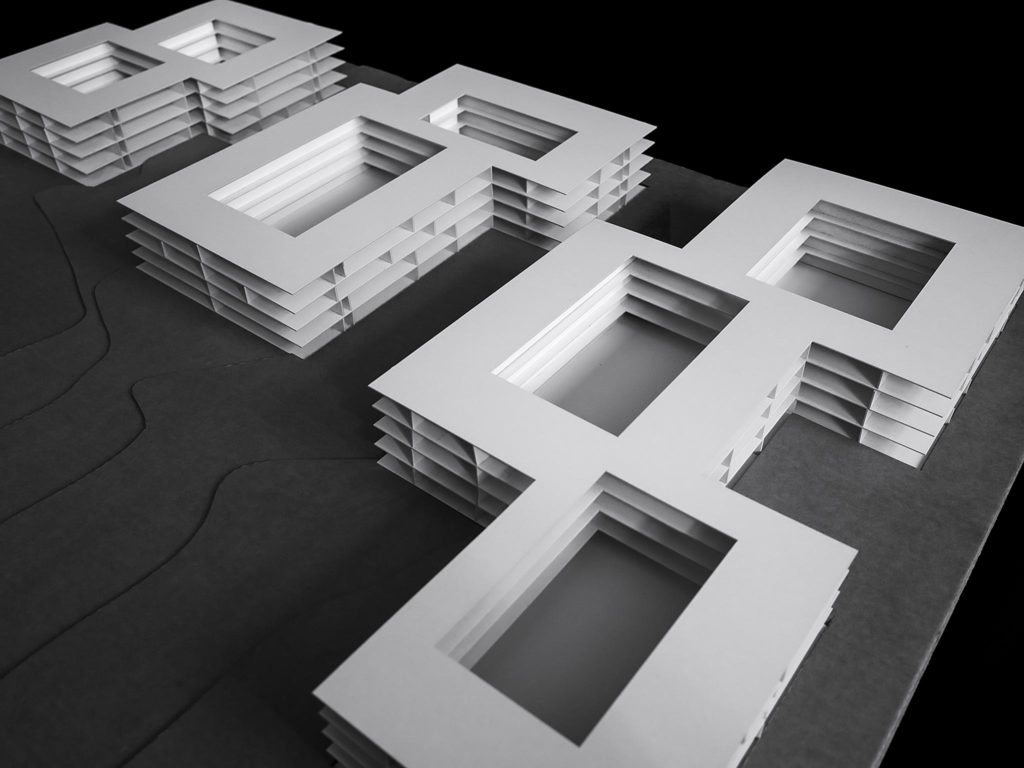 For the city of Regensburg an apartment building was developped that – despite its rational and economic construction – offers various ways of living in the community of the neighbourhood due to a subtle graduation from public to private space. The degree of public athmosphere gradually diminishes from the park-like surroundings to the inner courtyards and access balconies that are used by the community via the living modules that open up to it to the private bedroom modules.

Apartements line up around the courtyards and consist of two basic modules ot the same size.
The living module is defined as a space for the apartment community and can be opened to the access balconies. It allows accesss to the private rooms as well as to the private balcony. The living module thus mediates between the private space and the neighbourhood.
In contrast the bedroom module is only oriented towards the private balconies. Small secondary rooms between bedrooms and access balcony clearly seperate the private rooms from the neighbourhood.