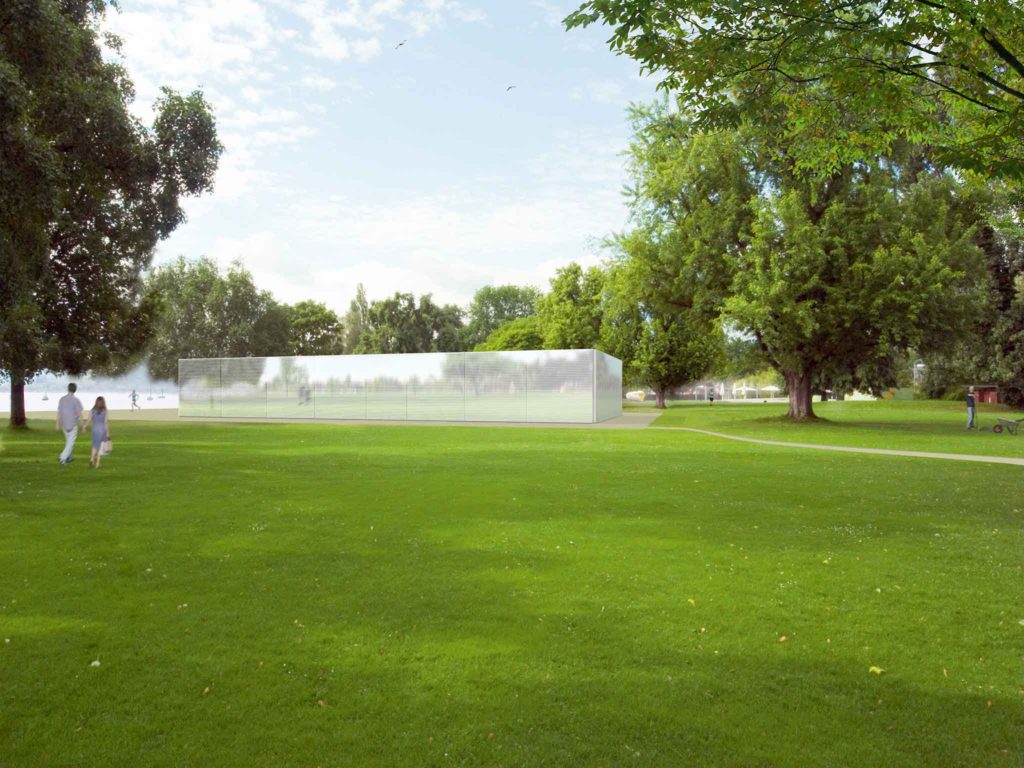 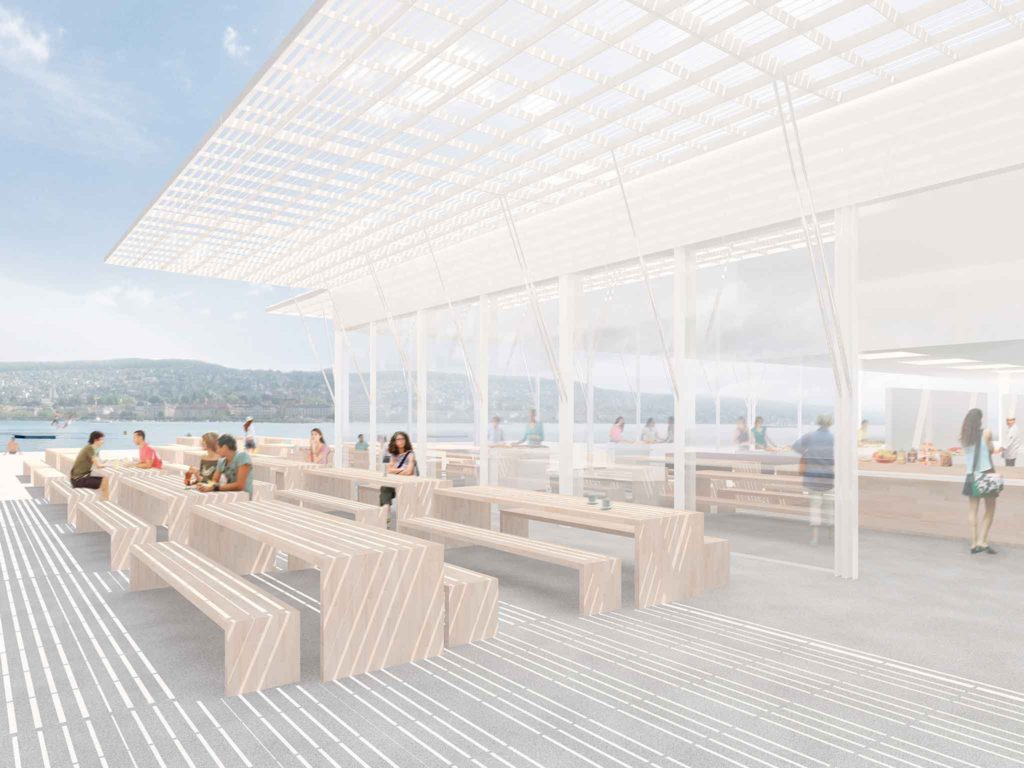 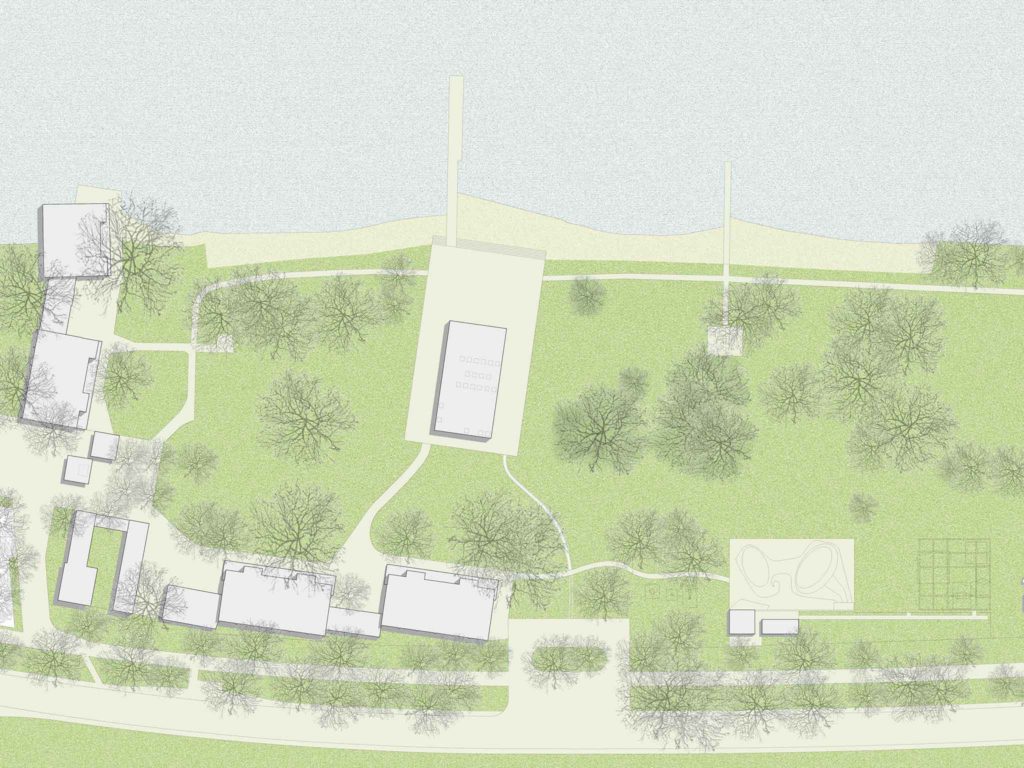 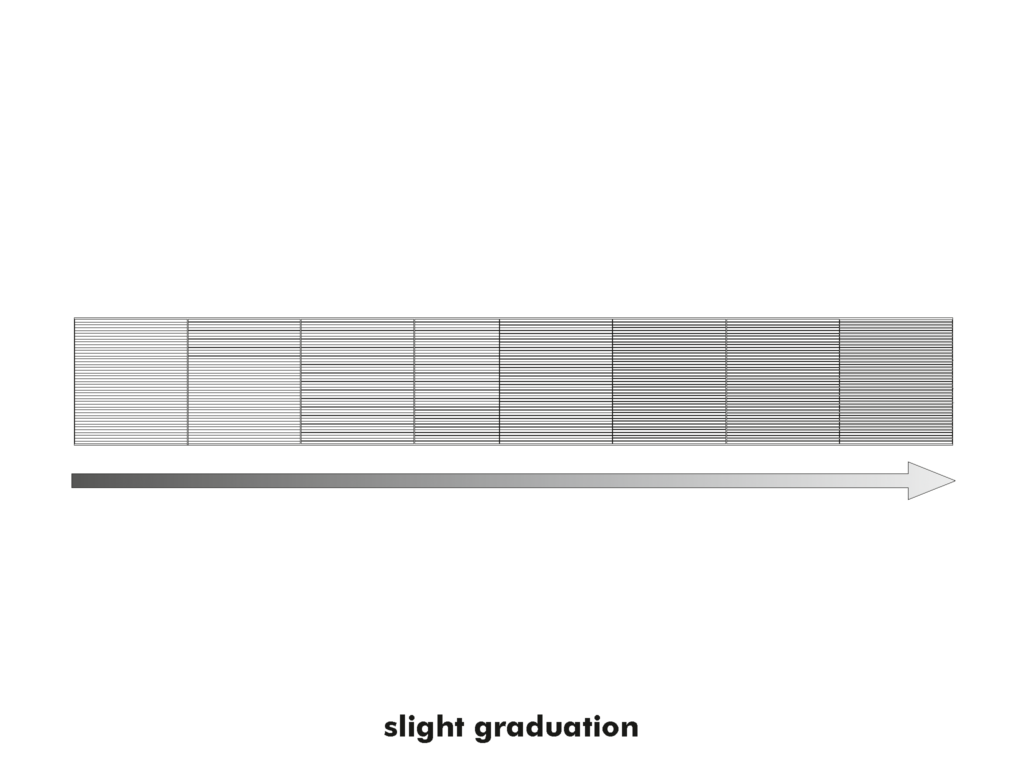 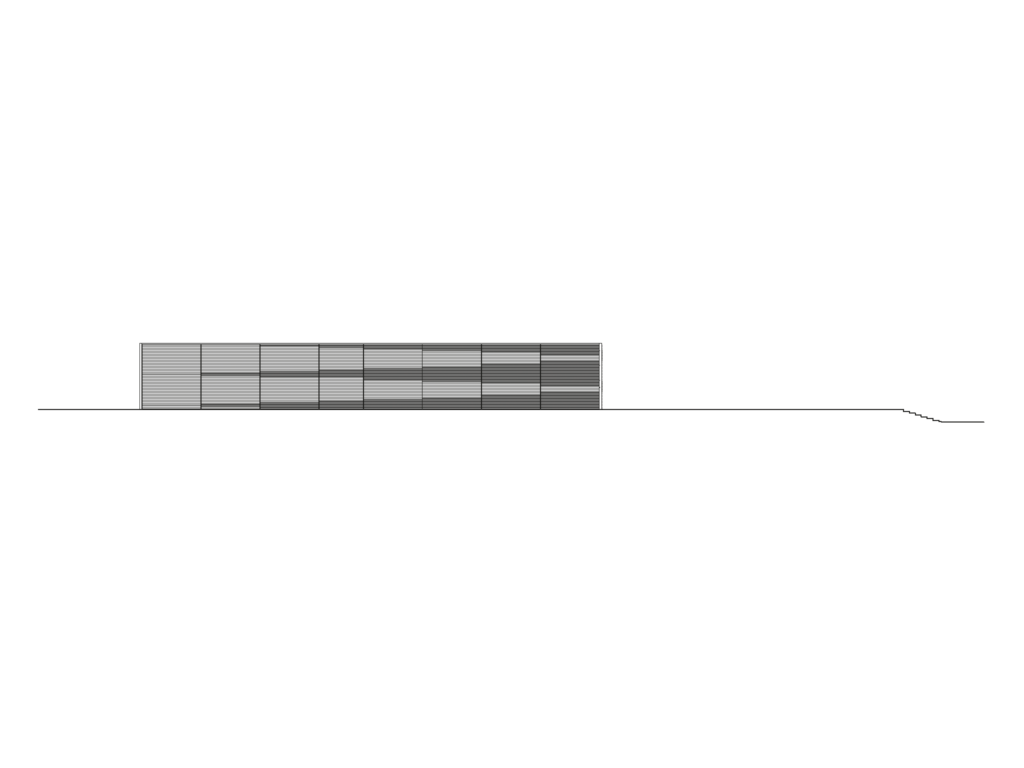 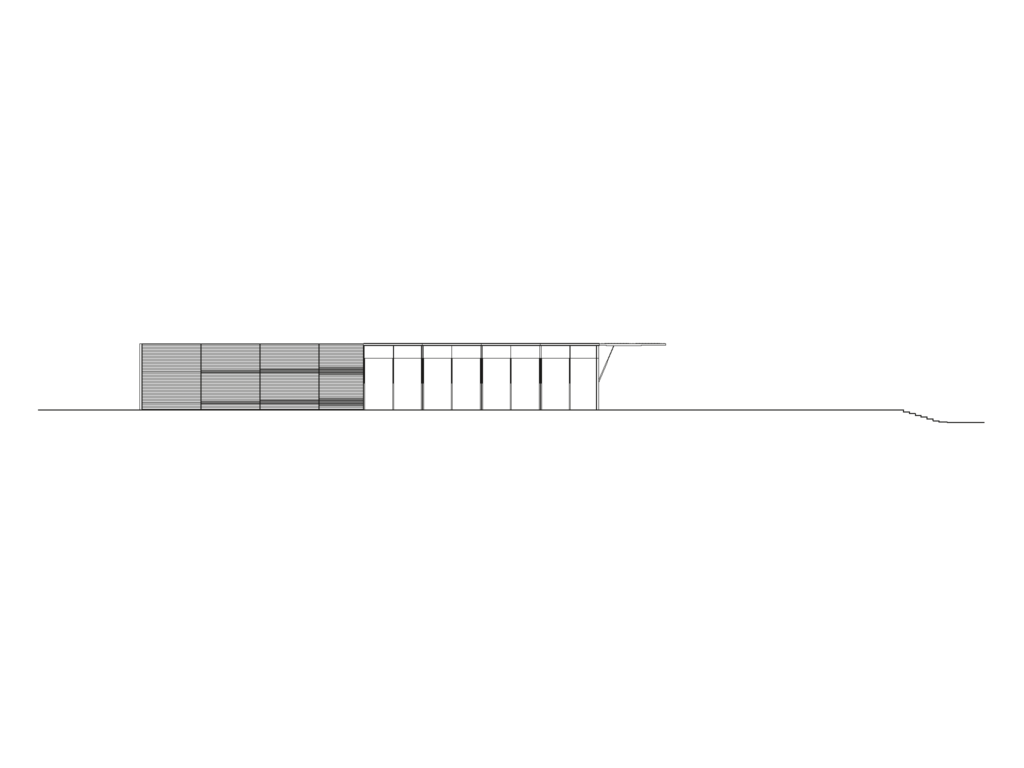 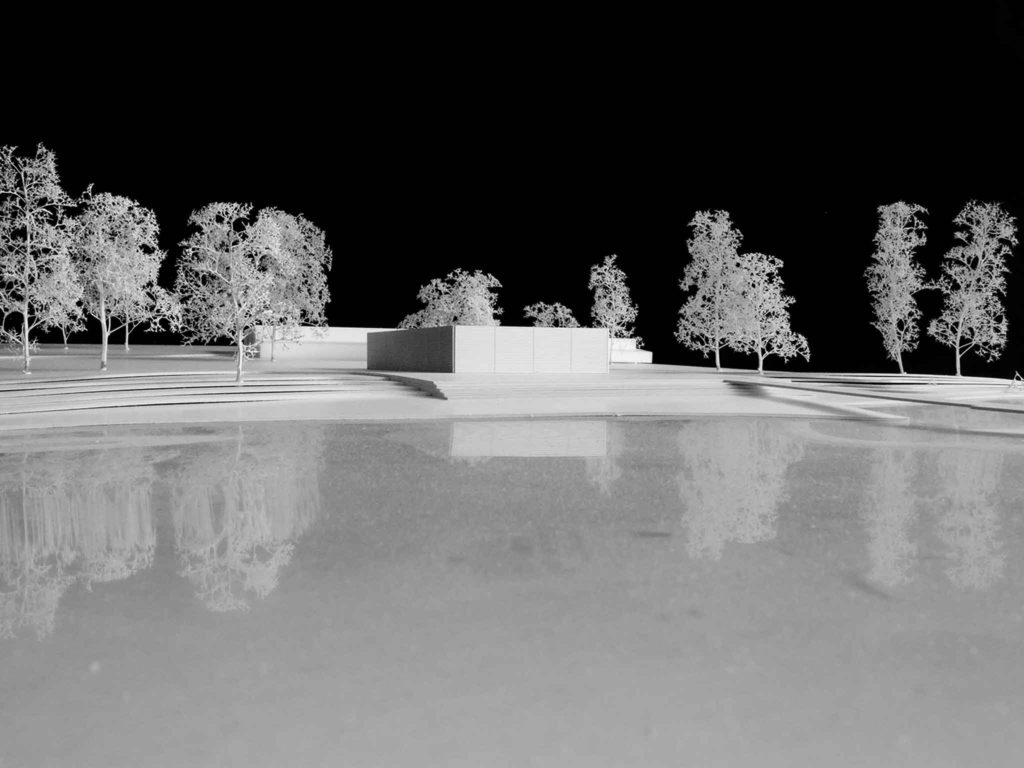 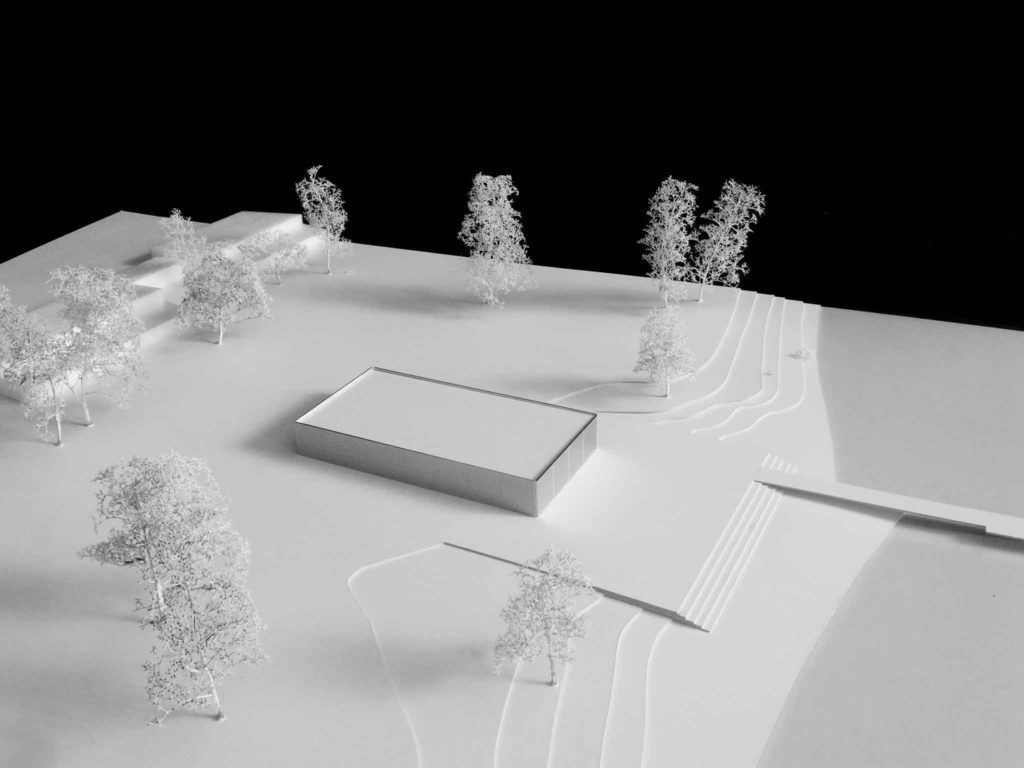 The lido “Mythenquai” on the lake of Zurich is one of the oldest lidos in town, featuring a vast park-like green area on the shore of the lake. We wanted the new building for the restaurant and kiosk to interfere as little as possible with the lush green with the huge, old trees. Therefore the building is reduced to a simple rectangular shape as not to compete with the exuberant green. The mirrored facades ambiguously reflect the surrounding nature, so from far away the outline of the volumes seems to vanish. The building is densely woven into its context. Only when coming closer, one can see the subtle graduation of the lamella facade.

Outside the opening season of the restaurant, the building is a closed volume. When walking by, the impression gradually changes due to the mirrored lamellas arranged in different angles. When the restaurant is open, the lamella facade can be raised and works as sun shading for the outside terrace. The border between inside and outside spaces seems to disappear; an open and inviting area is created. The interior of the restaurant and the landscape around seem to overlap. The customers’ area has a light and friendly atmosphere and allows views on the lake and the park.

The new terrace of the restaurant and the paths leading to it were also to be carefully integrated into the landscape. Setting them slightly below the lawn would seemingly make them vanish from afar, looking as if the green surface was not disturbed. The terrace develops down the slope to the water, producing some steps to sit on and connecting the lawn with the beach. As a material for the terrace a beige drain-asphalt was chosen. Looking almost as sand, it fits in well with its surroundings. As it can be used both on the terrace as well as inside the restaurant, it helps link up the inside and outside areas.