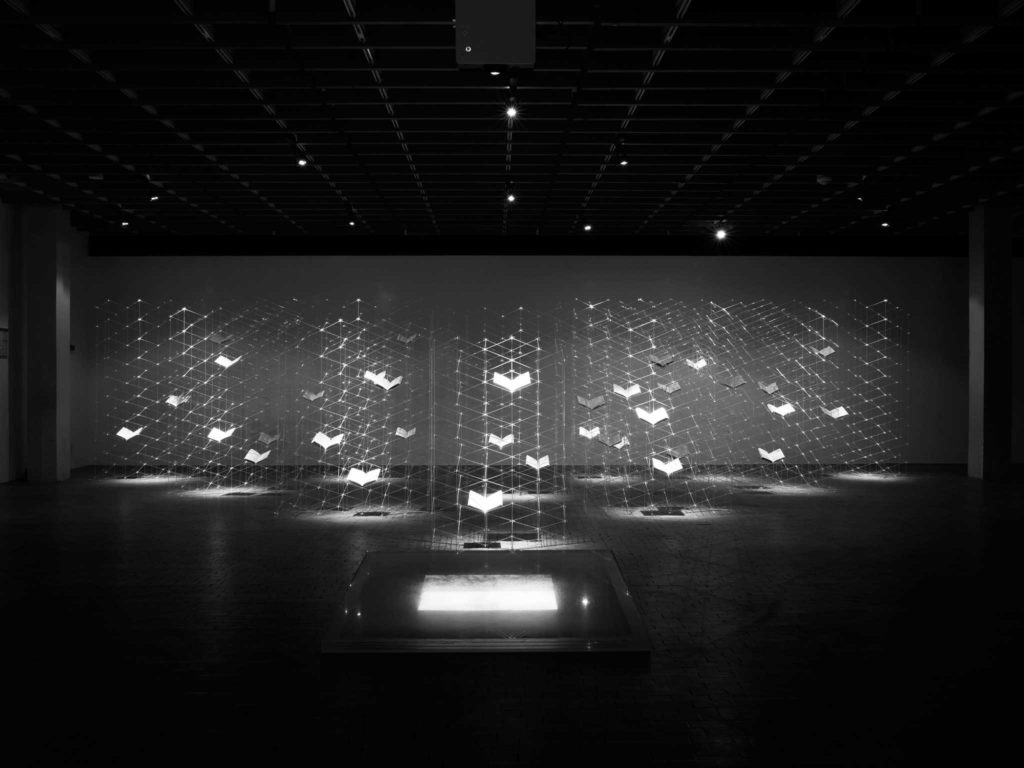 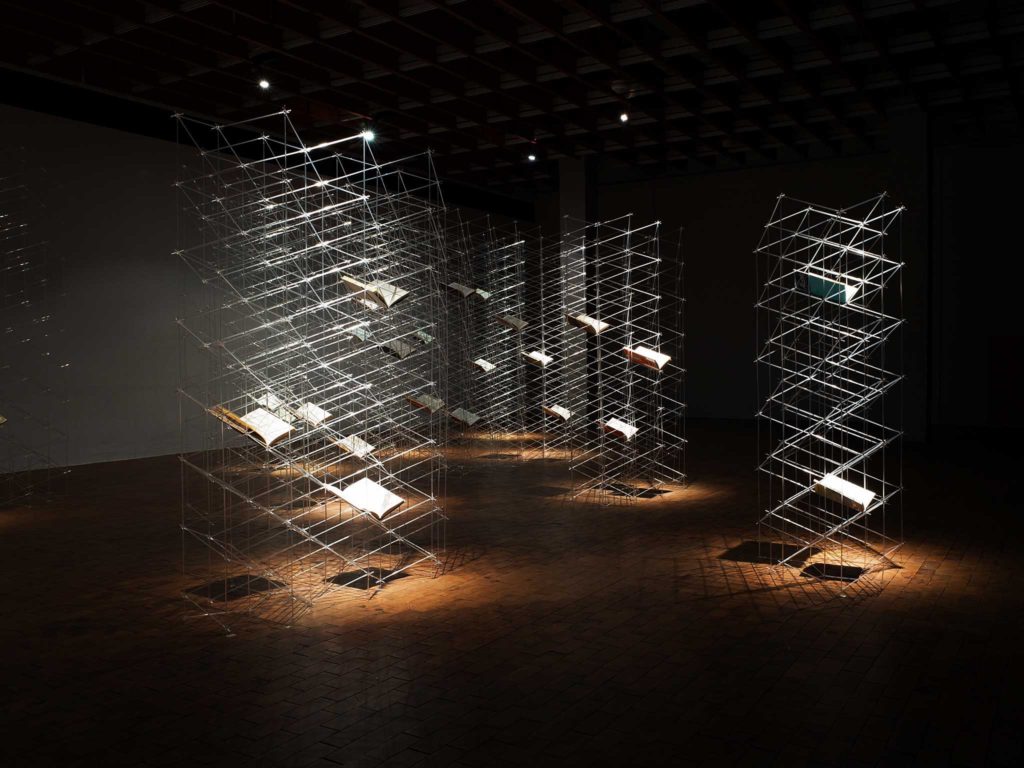 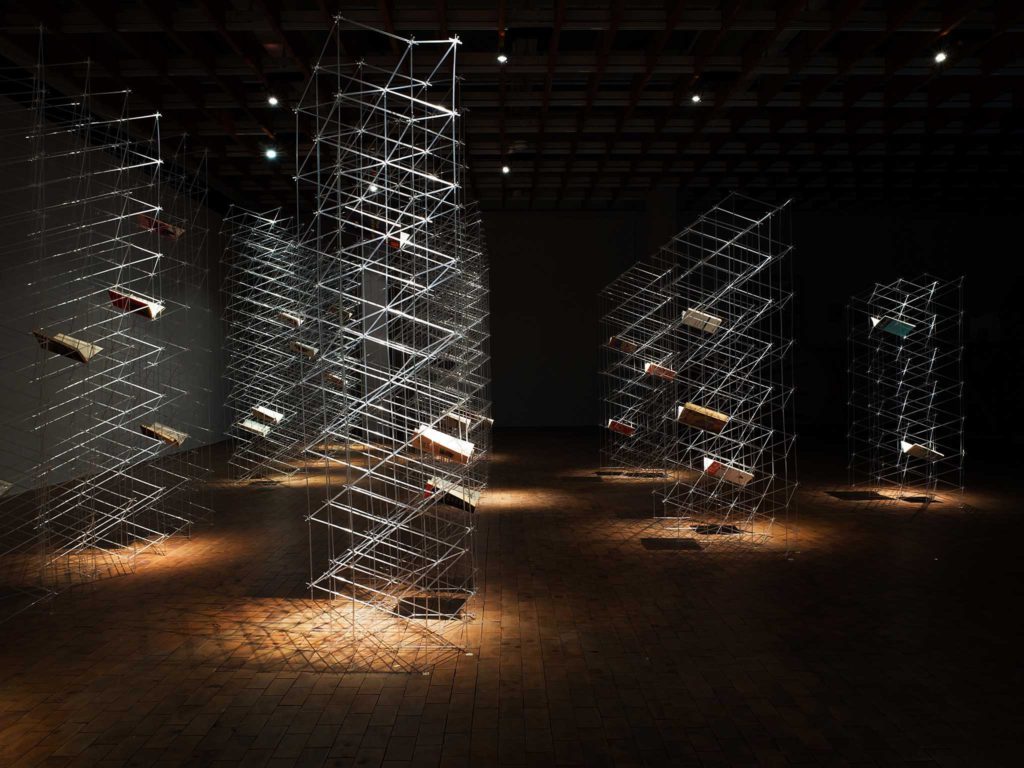 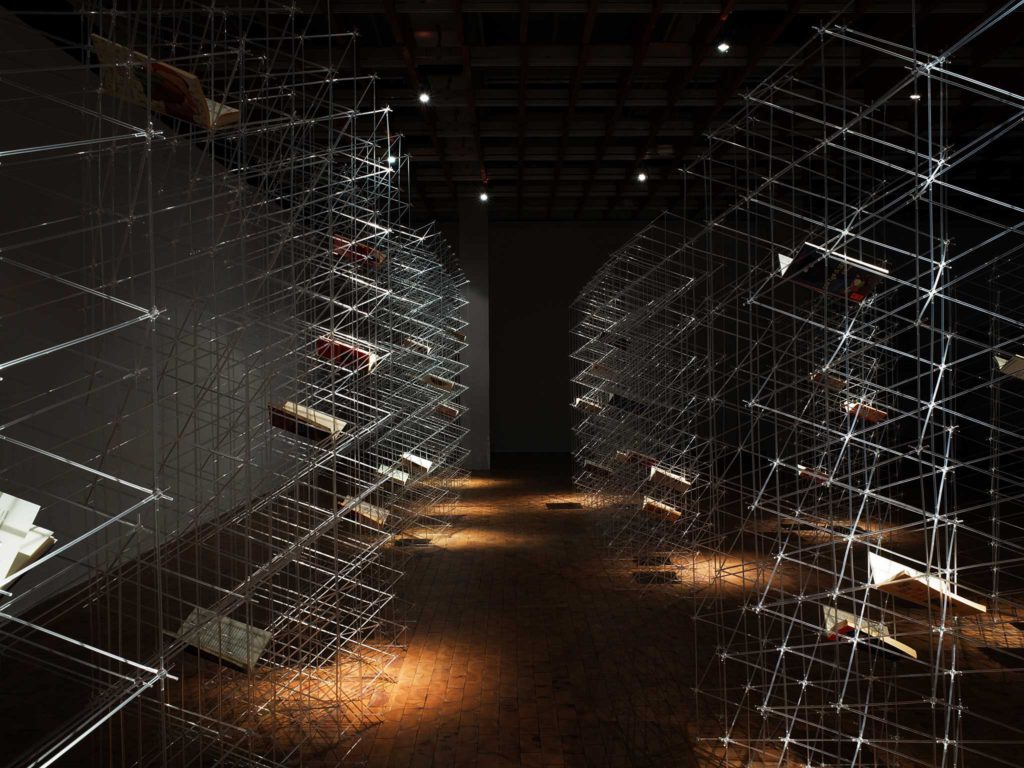 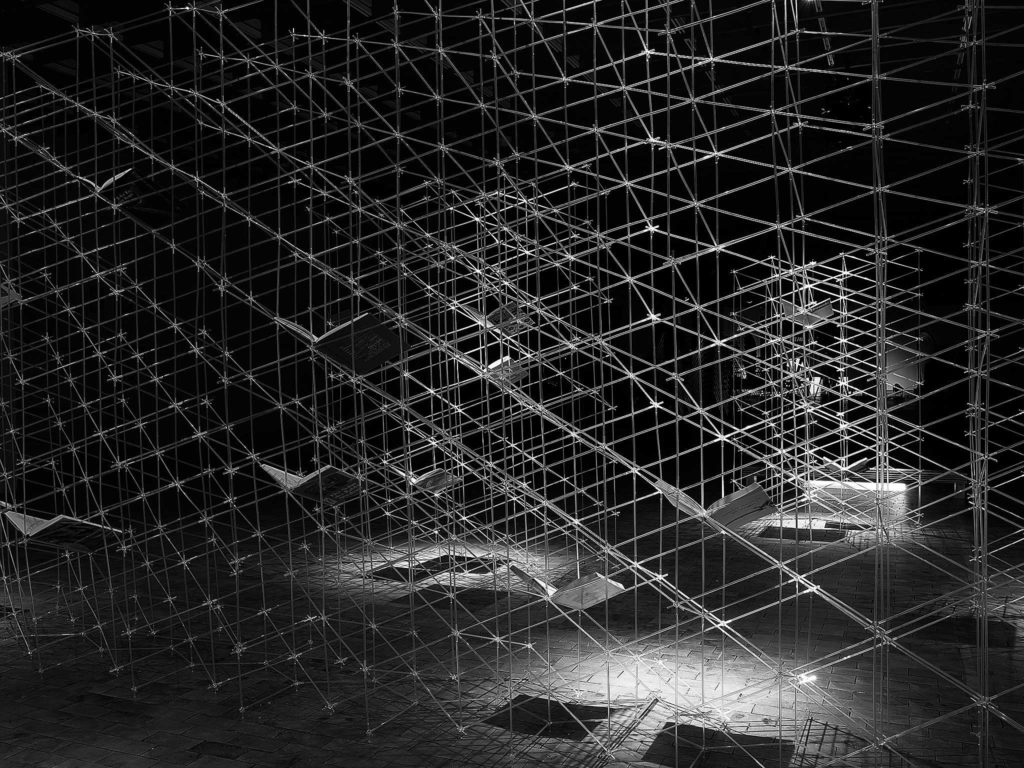 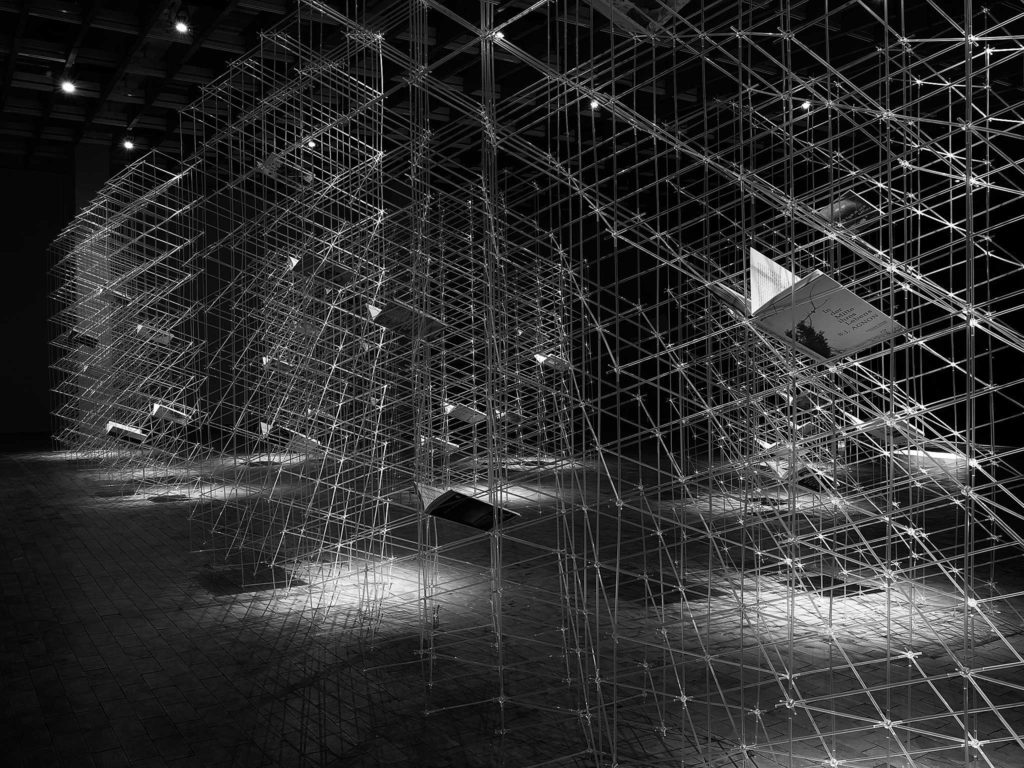 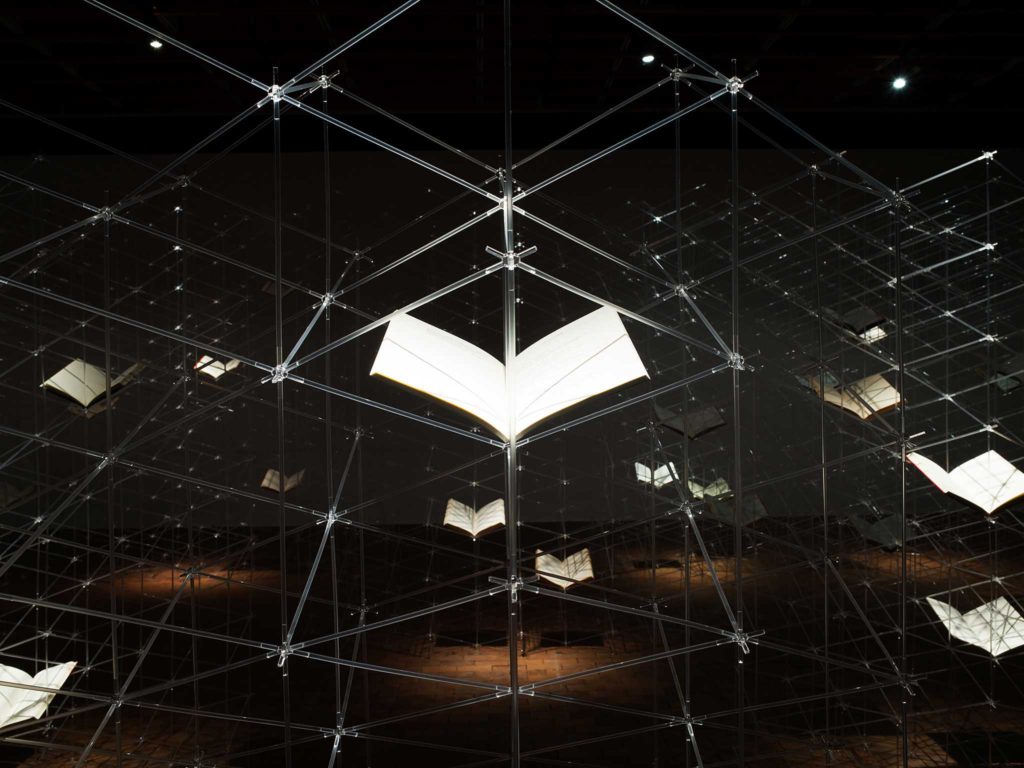 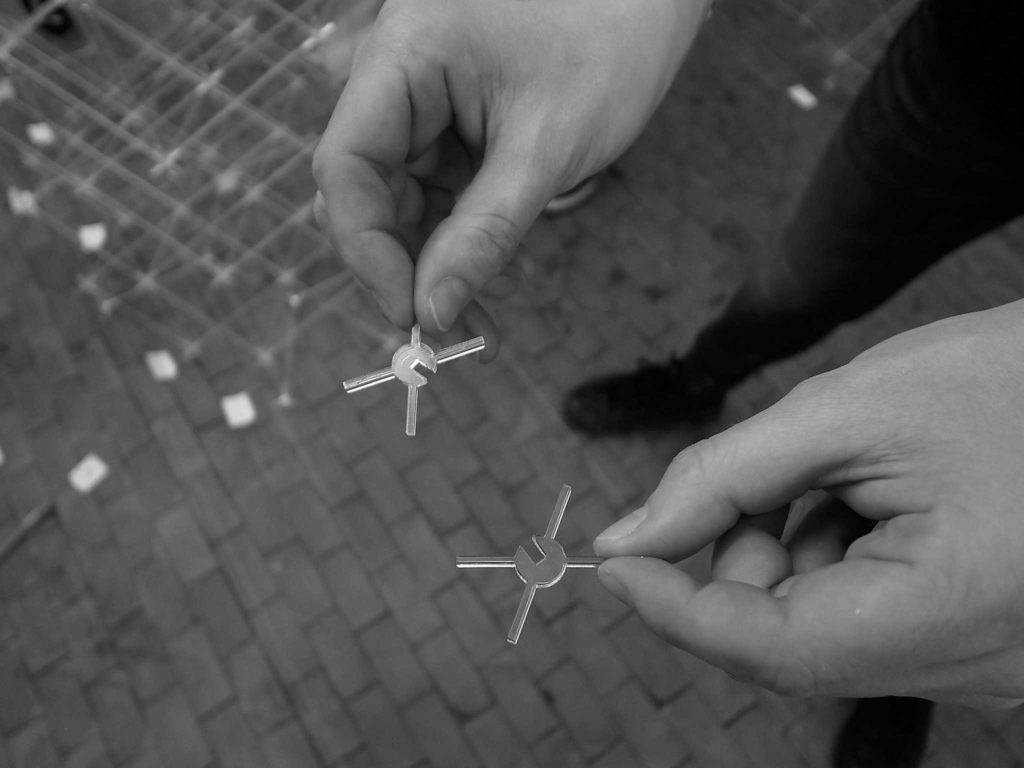 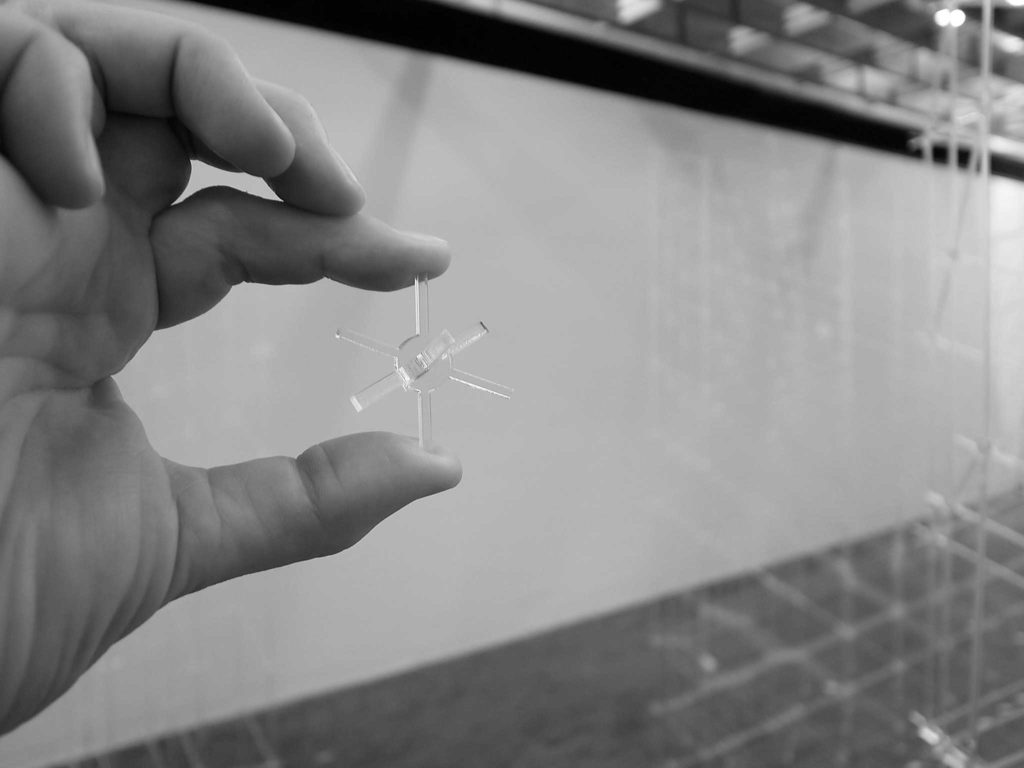 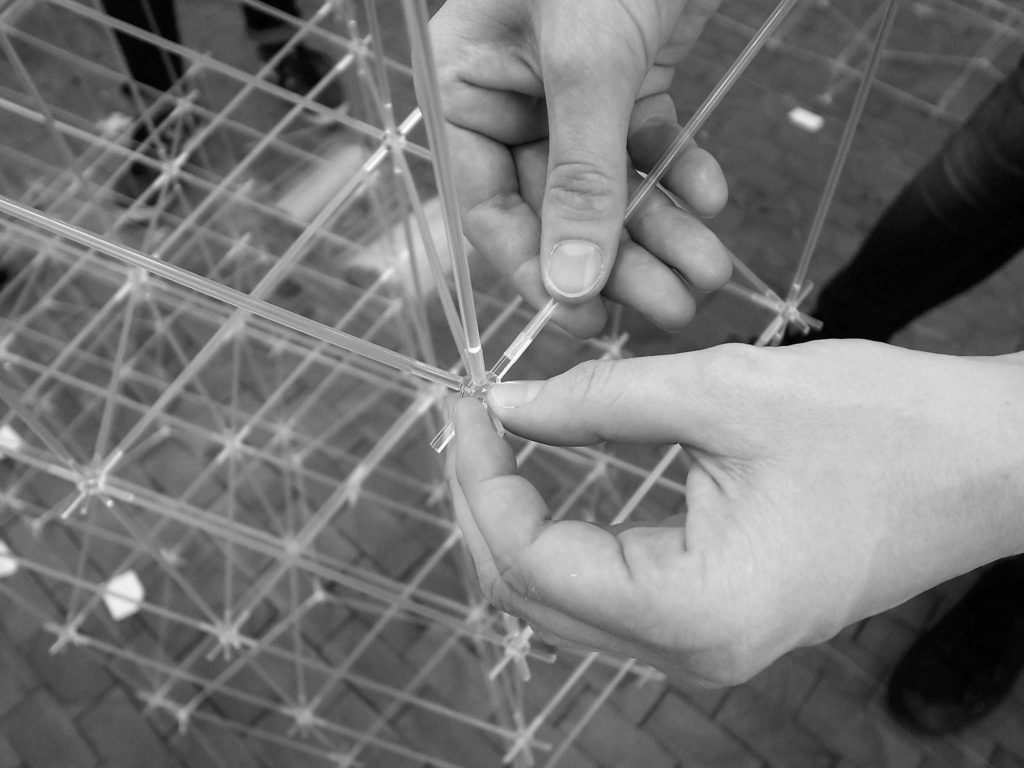 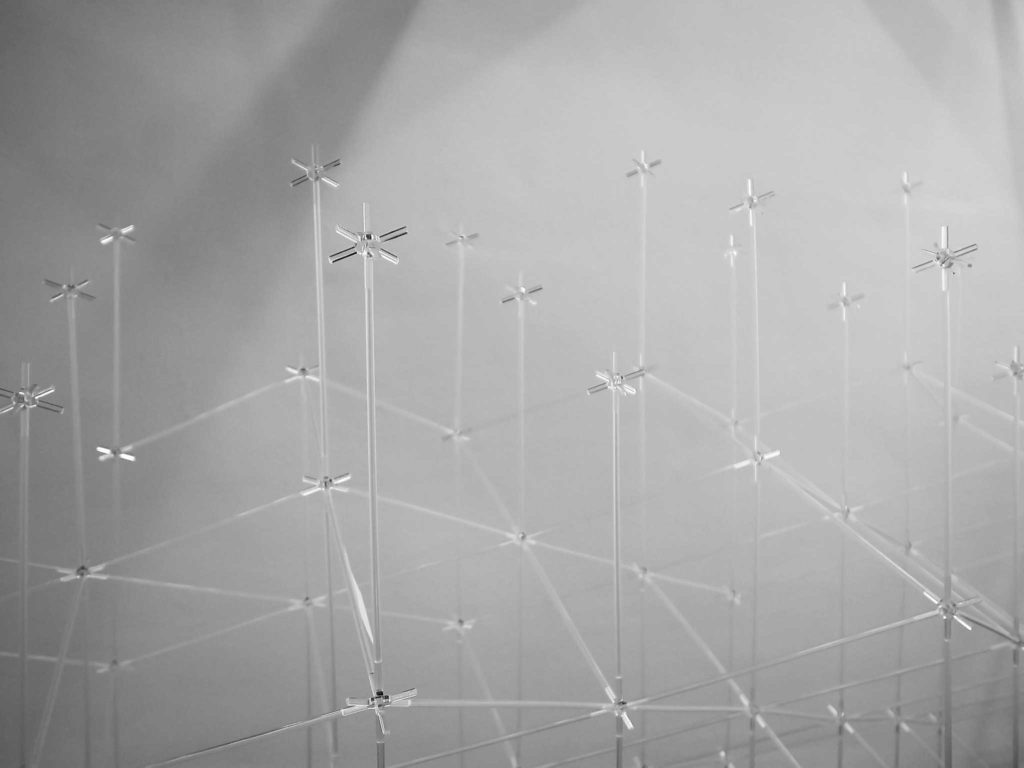 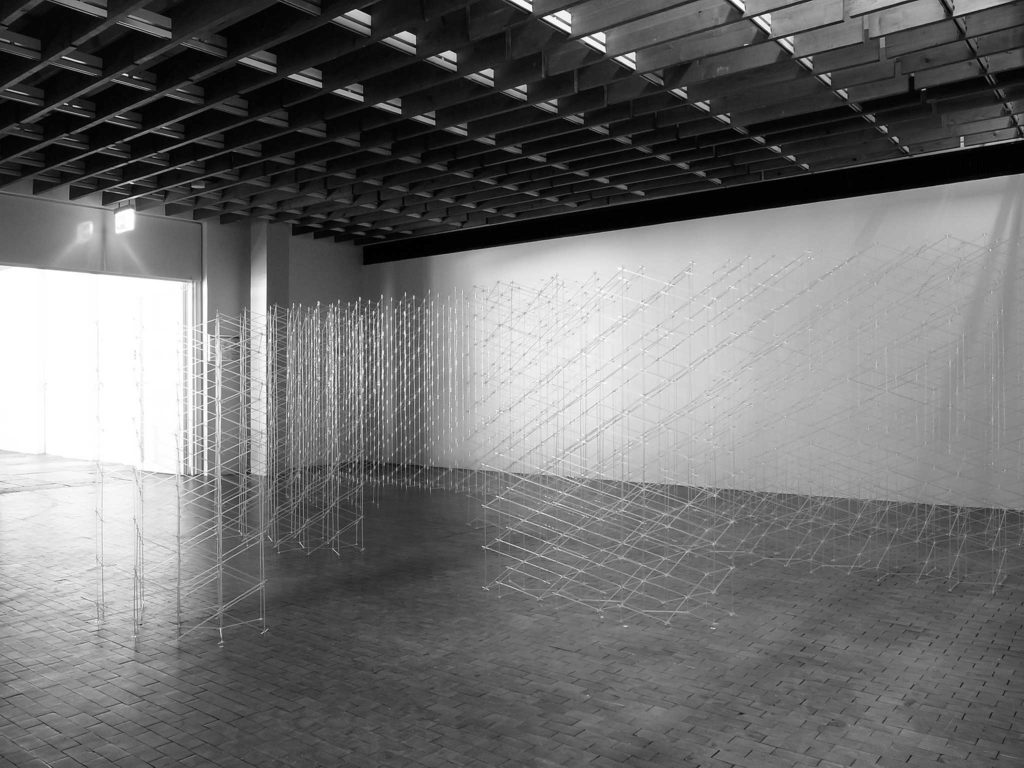 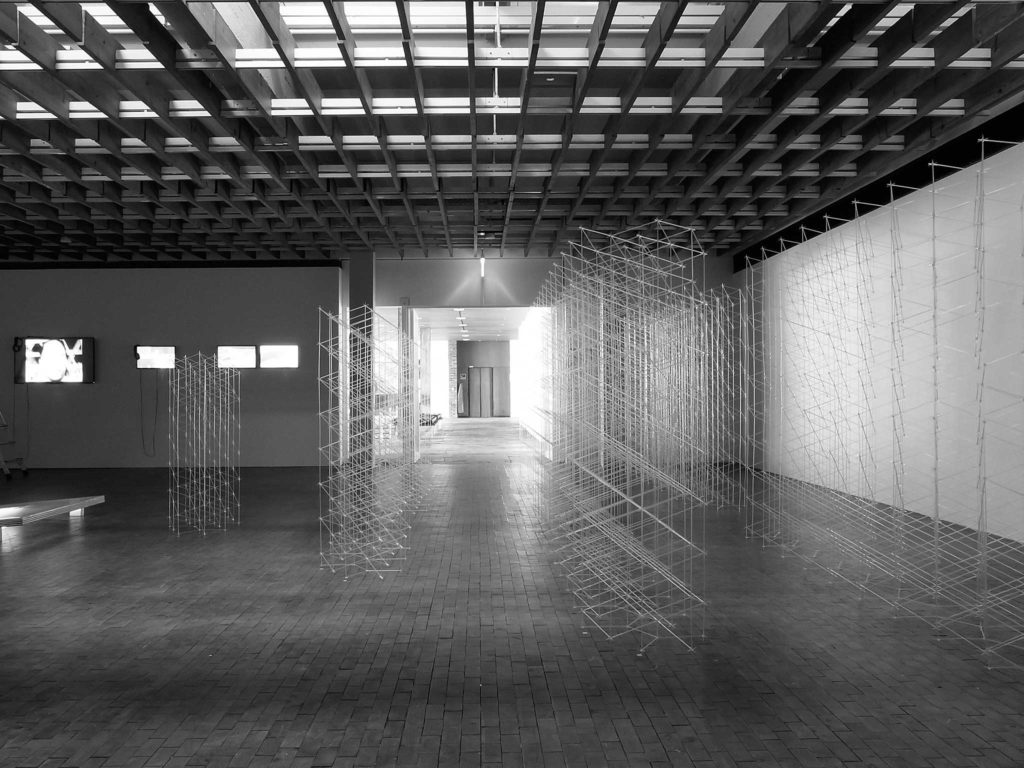 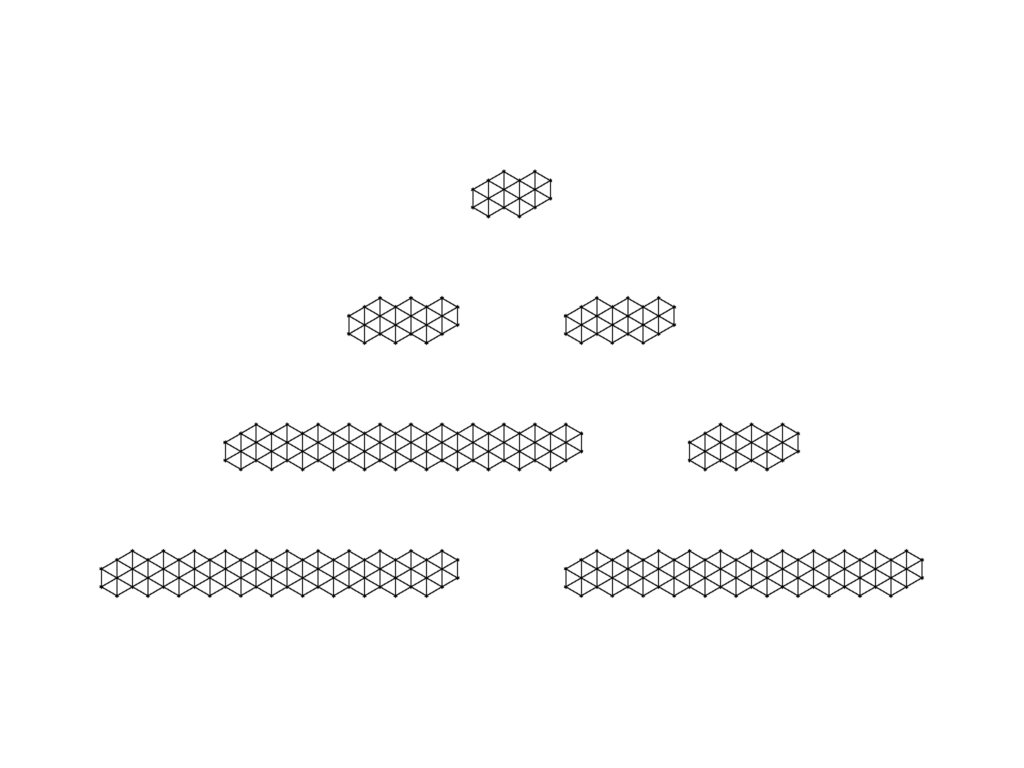 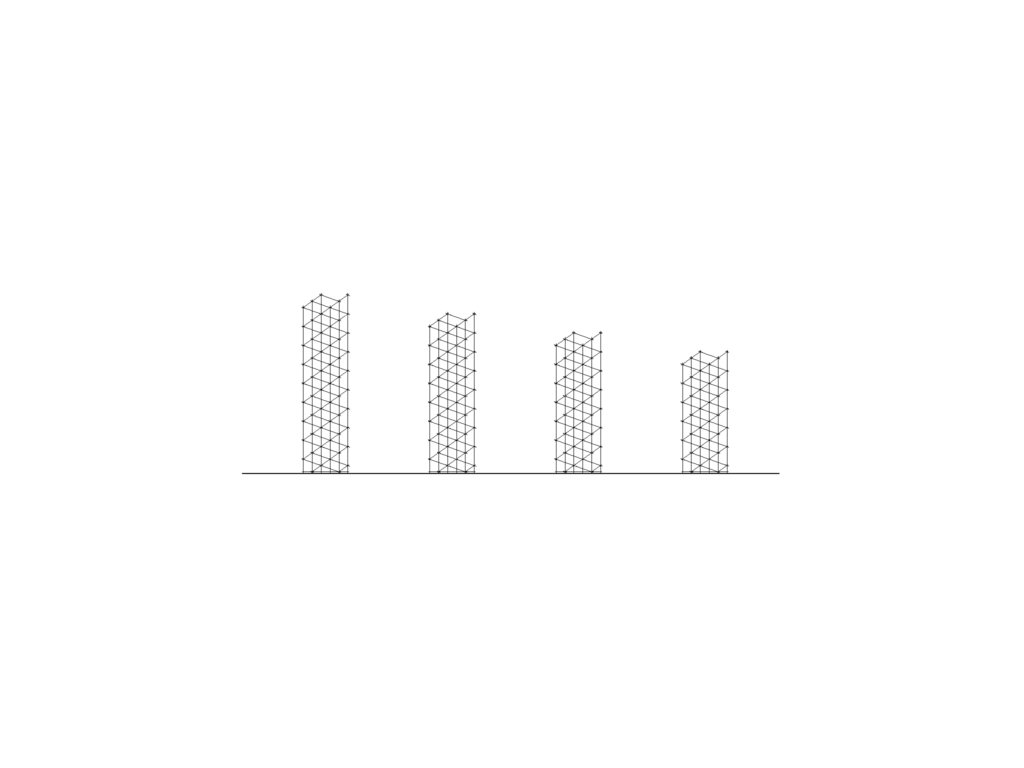 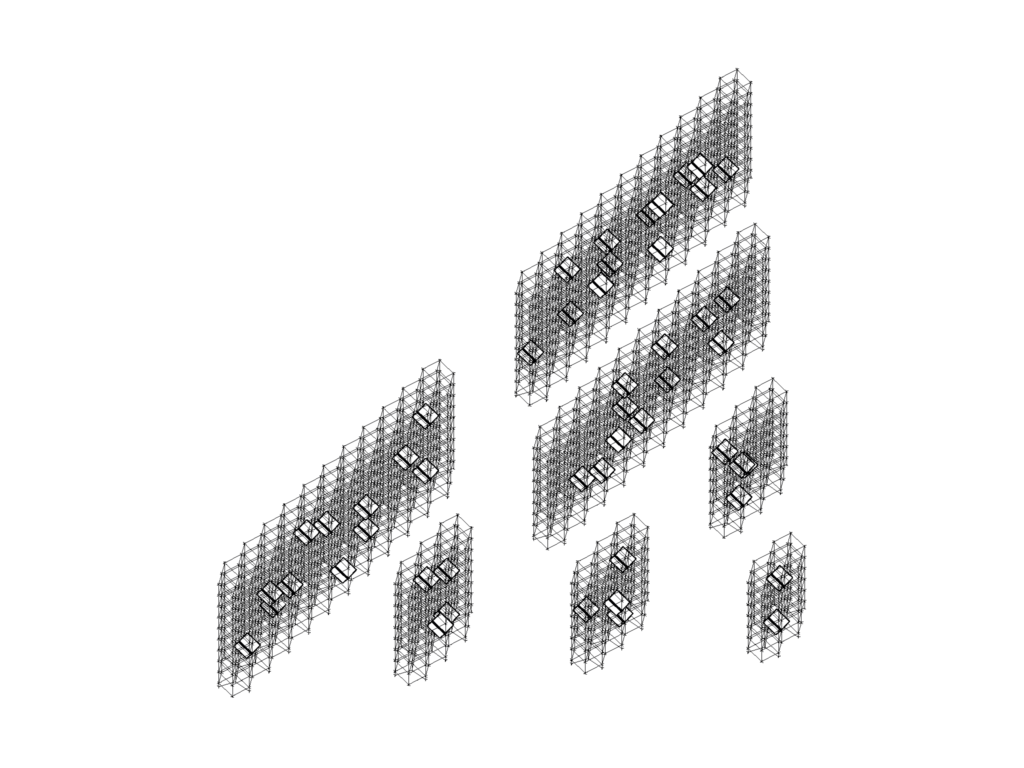 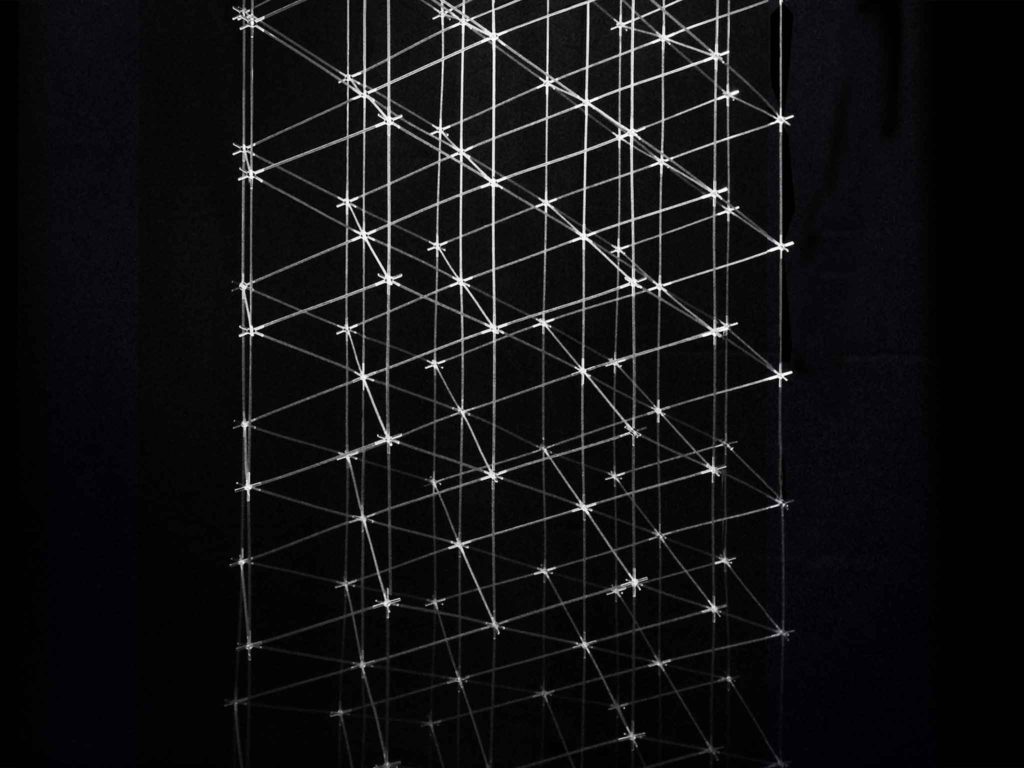 "Migrating Books" is an architectural-literary installation accompanying books on their unbelievable journey from book-annihilation to book-translation. "Migrating Books" focuses on those books that have been overcoming borders between the two countries of Germany and Israel ever since the inglorious Nazi book burning of 1933 and therefore are creating networks of cultural linkage.

„Migrating Books“ emphasizes the new cultural connections: books as a part of an extending cultural network between Germany and Israel.
A selection of books that were translated from Hebrew into German within the last 50 years is on display. The books lay open on their backs in the structure, inviting people to read – visitors choose their own journey through the installation and the stories within.

Books are hold by a spatial structure that plays with the depth of space. Depending on the viewpoint the rods of the grid structure overlay either to a clearly understandable raster or an ambiguous mass. The seemingly change between two and three-dimensional aspects makes the structure vary between simplicity and complexity.

The structure consists of transparent straws used in every day’s life for drinking, which are connected by joints made of acrylic glass. An ephemeral and transparent net is being created that gives hold to the books in space. The space itself is not strictly defined, it is not limited by any borders. The structure rather implies the depth of an open and flowing space.
Depending on the viewpoint the structure seems to dissolve while the importance of the books is being emphasized.