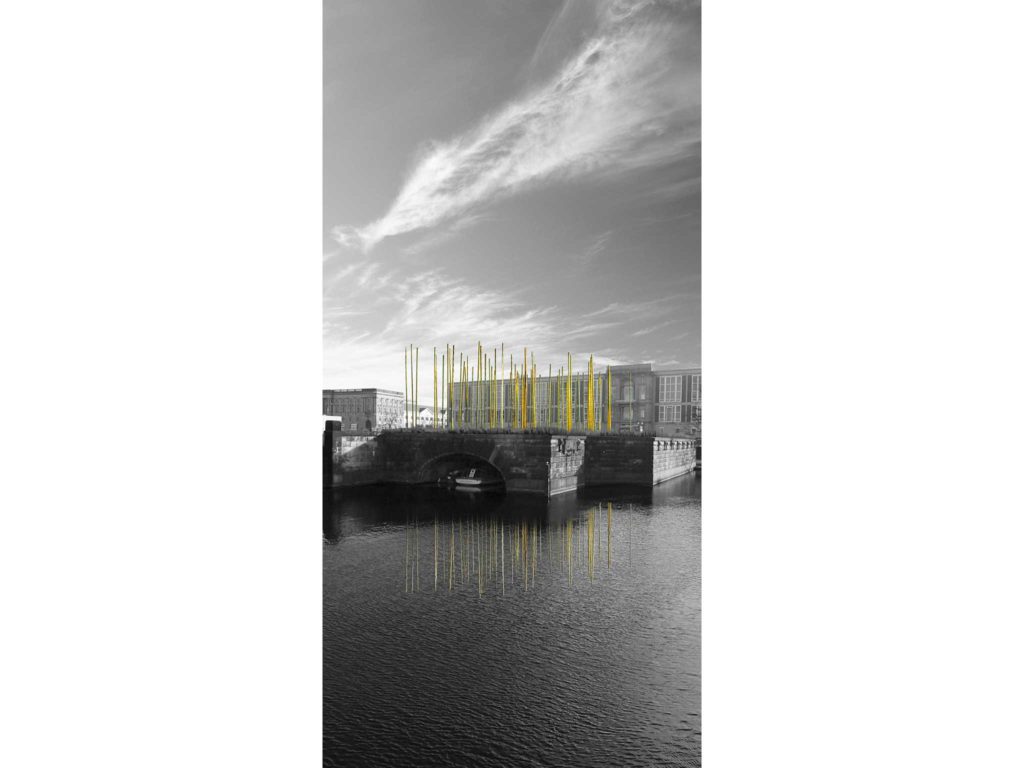 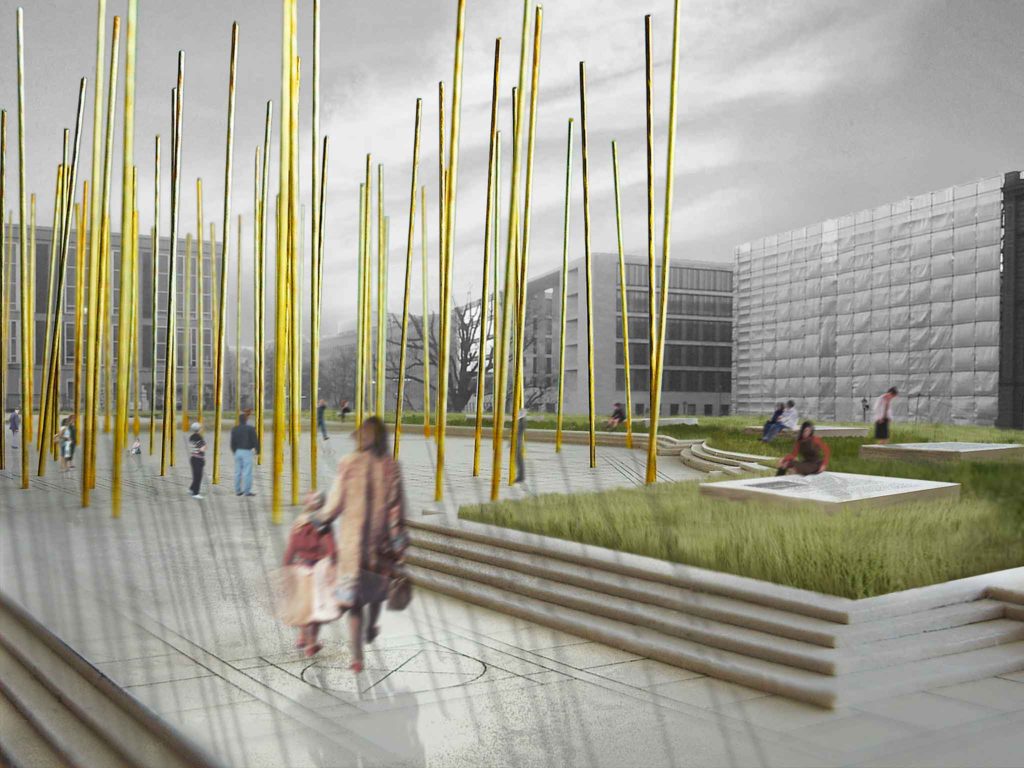 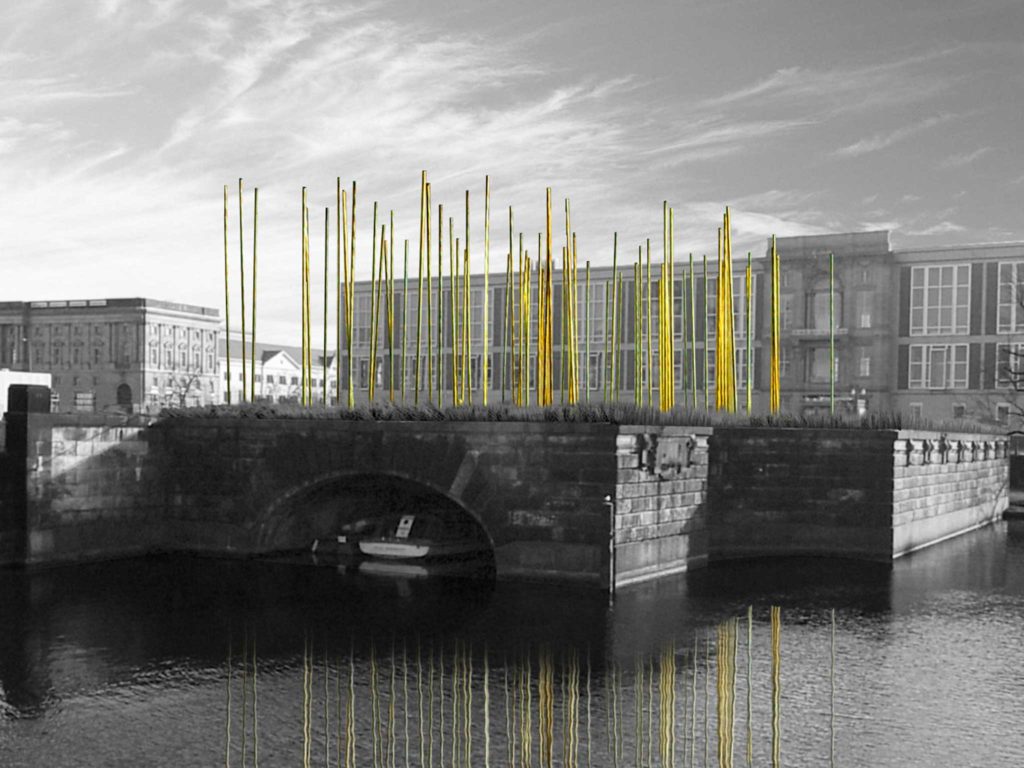 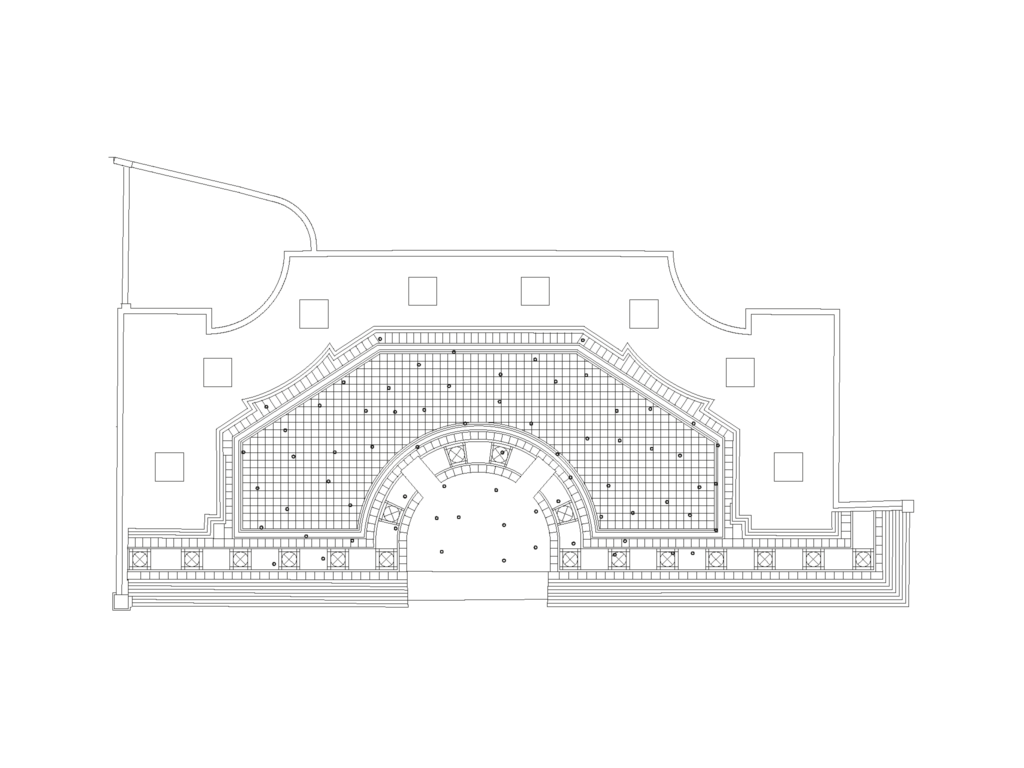 On the base of a former monument in Berlin, a new monument to commemorate the peaceful demonstrations of thousands of people in East Germany leading up towards the German re-unification was to be designed. The former, destroyed monument had been centrally located on its vast base on a high pedestal and used to feature the last German emperor on his horse looking down onto his people. It had been a monument to admire from a distance and represented the power of a single person over the masses in a straight-forward statement.

But only a monument with room for interpretation can develop a poetic power kindling people to think about its history.

For the new monument of freedom and re-unification we took the opposite approach to the former monument. Instead of arranging a single object in the centre, various elements were distributed all over the base. Only the sum of many single elements makes the monument perceivable, thus visually interpreting the power of the democratic people.

70.000 protesters on the Great Monday Demonstration in Leipzig achieved to spread the revolution all over the GDR.
70 golden blades sparkle in the sunlight, their reflections glare and they flex and sway in the wind but don’t break. They withstand the elements as time passes. Their shadows wander from east to west.

The remaining base is accessible to everybody at all times, thereby making it a place for people to meet and gather. A monument of interaction.