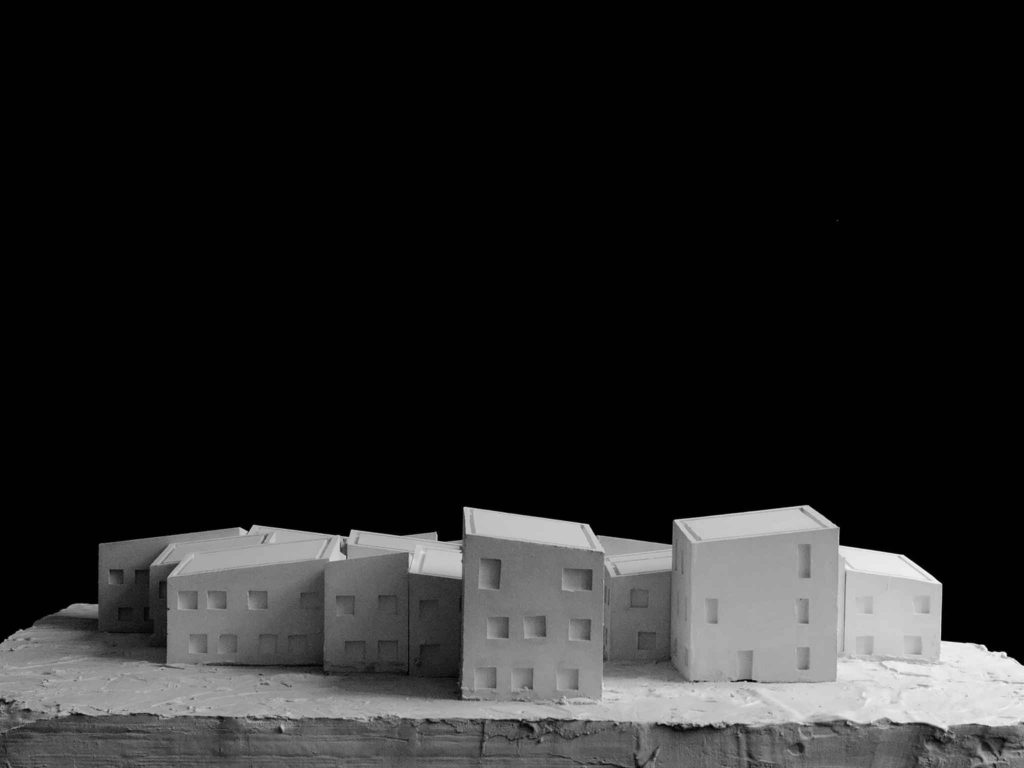 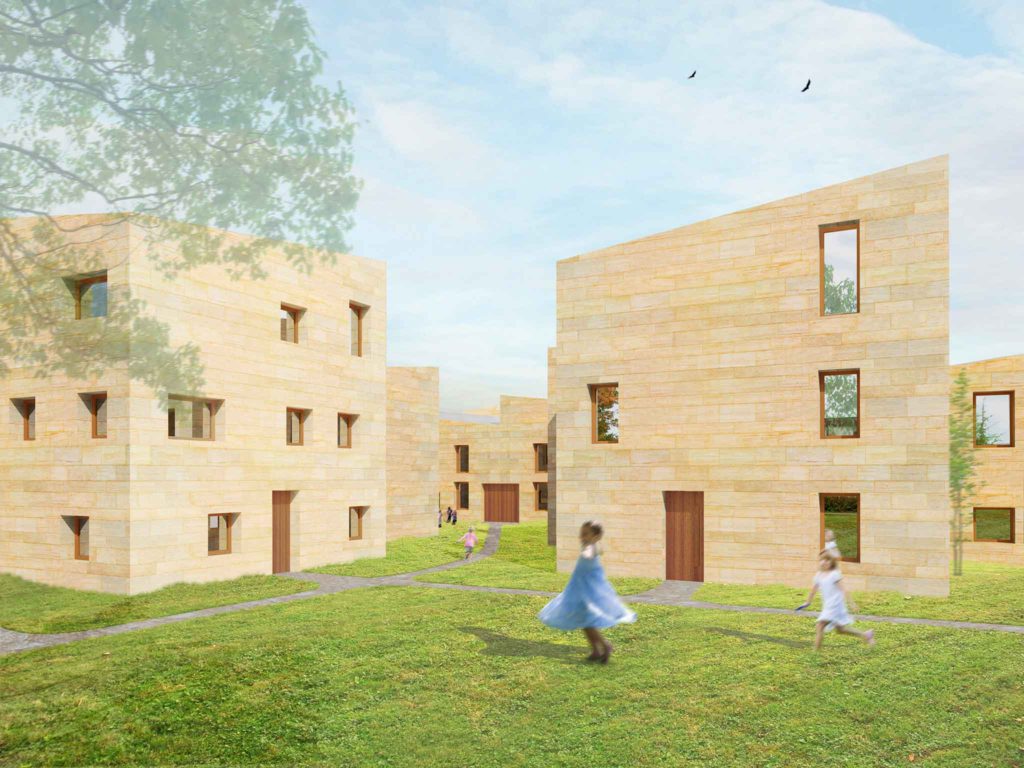 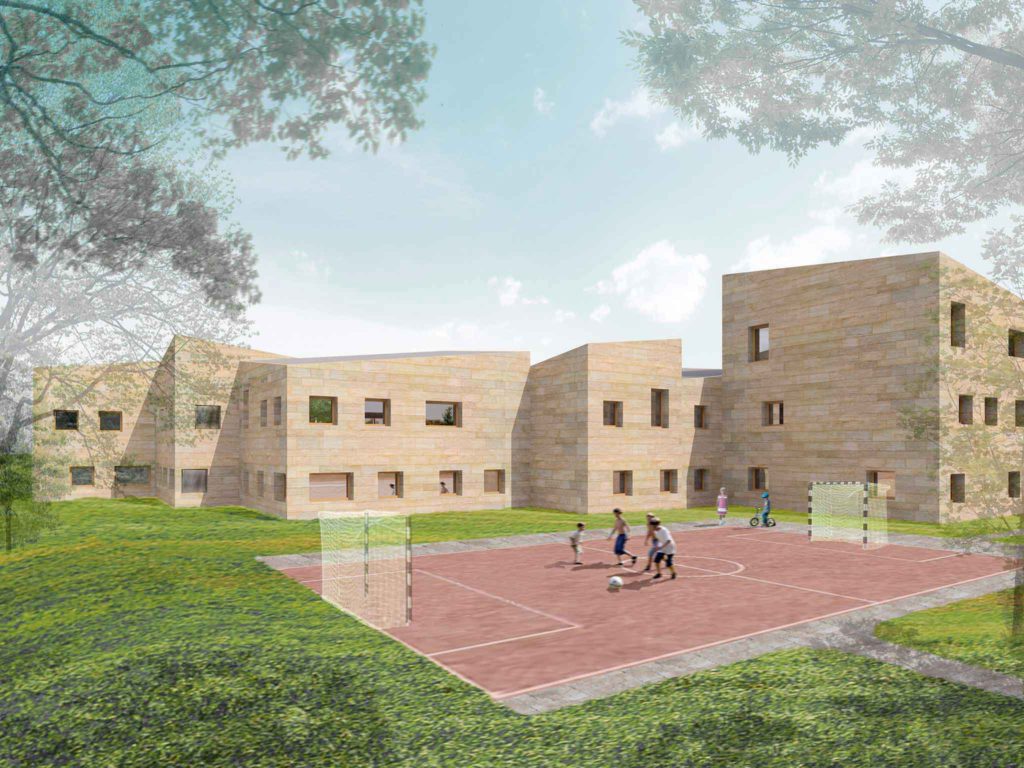 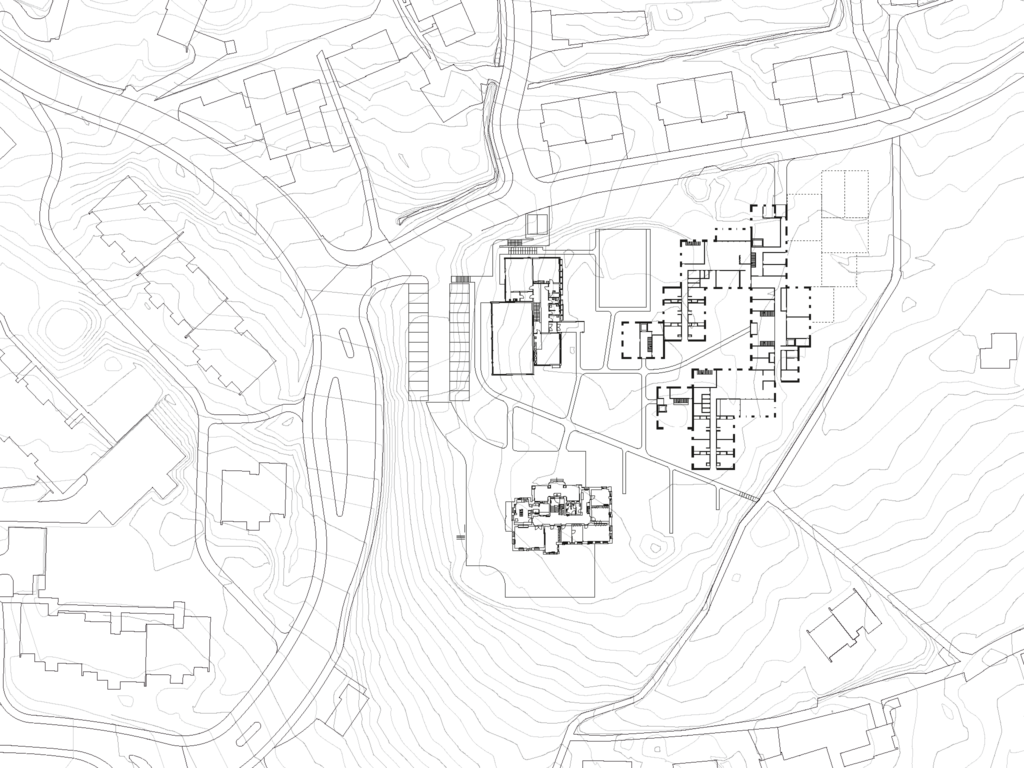 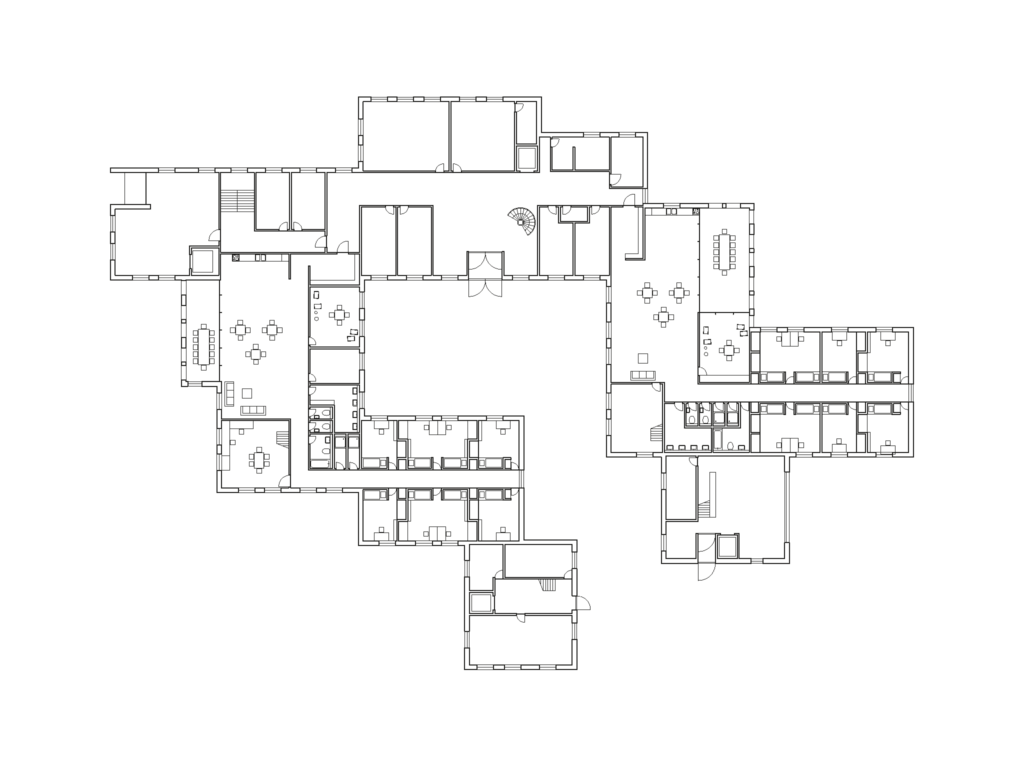 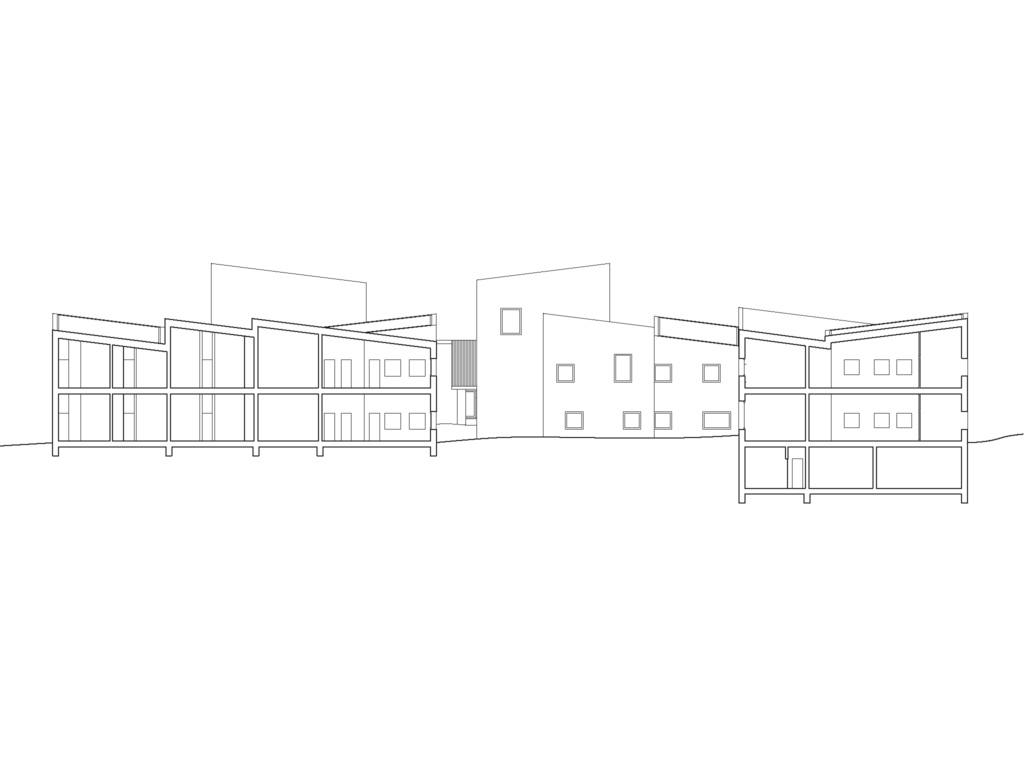 For a psychiatric ward for children in a small village close to Zurich, a new building to house lodgings, a cafeteria, a day-nursery and various treatment rooms was to be planned as an expansion to an existing 19th century building. Comprising all the functions required, the existing volume seemed too big for its rural surroundings and the small hill on top of which the psychiatric ward is located. Instead of a single, massive volume that would seemingly suppress the hilly landscape and would compete too much with the old grand main building, we broke down the volume to integrate the new complex in its small scale environment.

The complex consists of several volumes of different sizes that adjust in scale and roof-scape to the surrounding buildings. These volumes are arranged as one building around an open courtyard and combine the functional advantages of a single building with the small-scale structure of rural houses. We intended to give the impression of a cluster of small houses rather than a huge clinic to the children. Moreover the various functions should be distinct from the outside rather than to mingle down in a single volume facilitating orientation to the kids. The new complex embodies a singular building and a small village at the same time, unifying the intimacy of a house with the variety of a village.

The heart of this village is the open courtyard that forms a protected outside area to play and study. The courtyard is intimate but not completely closed off, gradually transforming into the semi-private grounds of the ward that extend to the open landscape.
On the perimeter, the new building defines various different green areas that overlay with the mellow, open landscape and naturally integrate the building into the hilly site.

Thus, the new building is merged down into its rural surroundings.