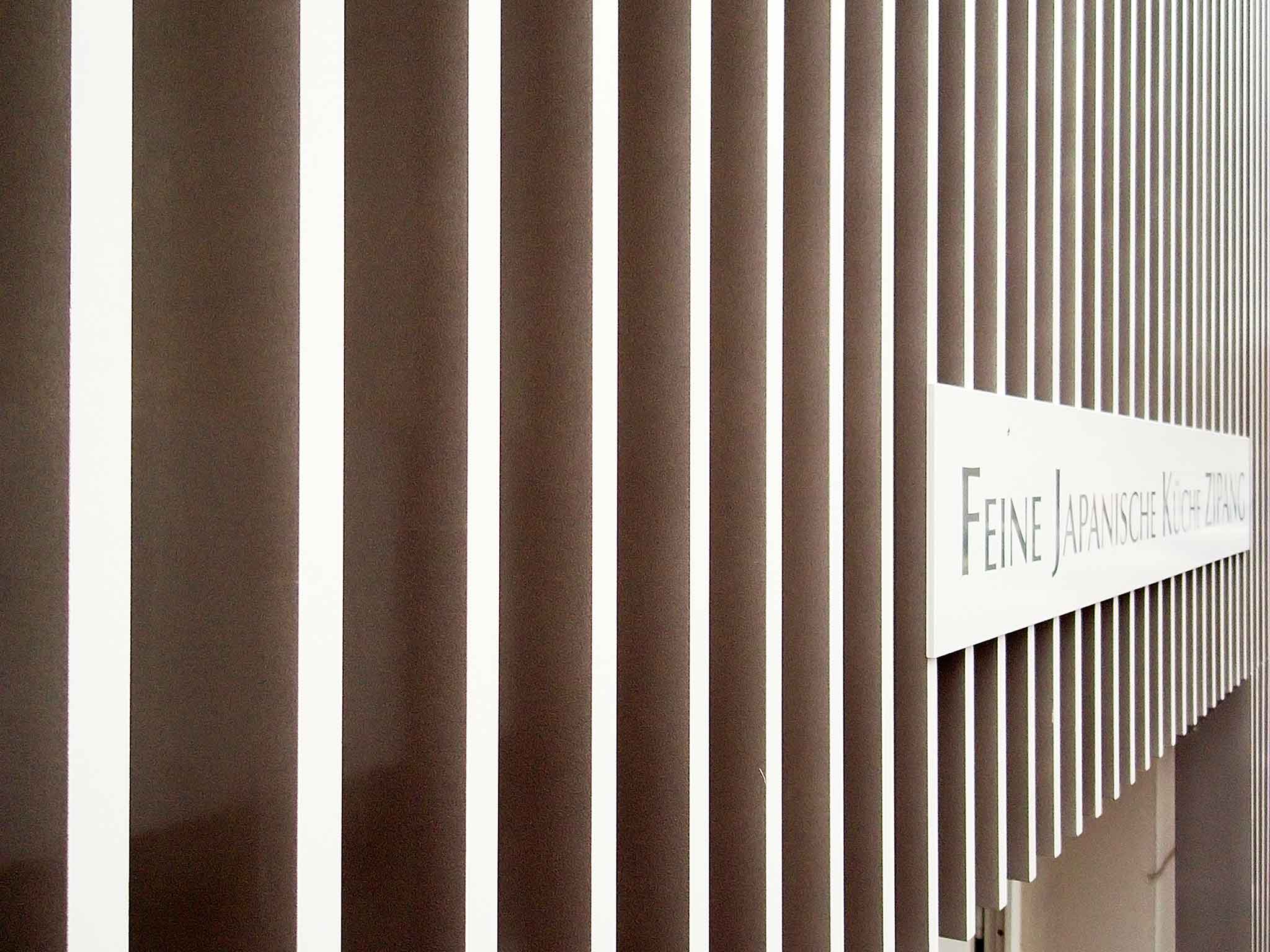 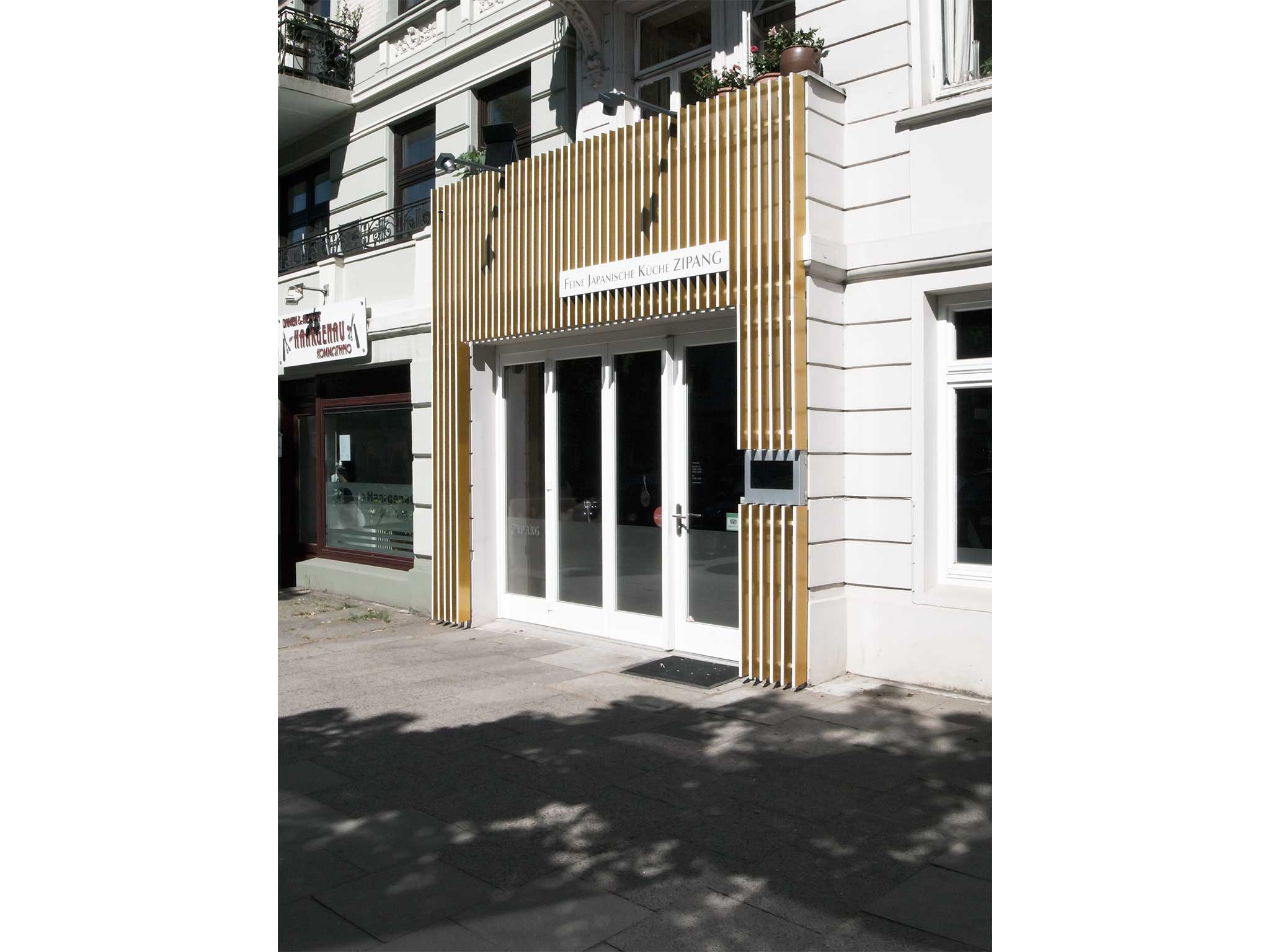 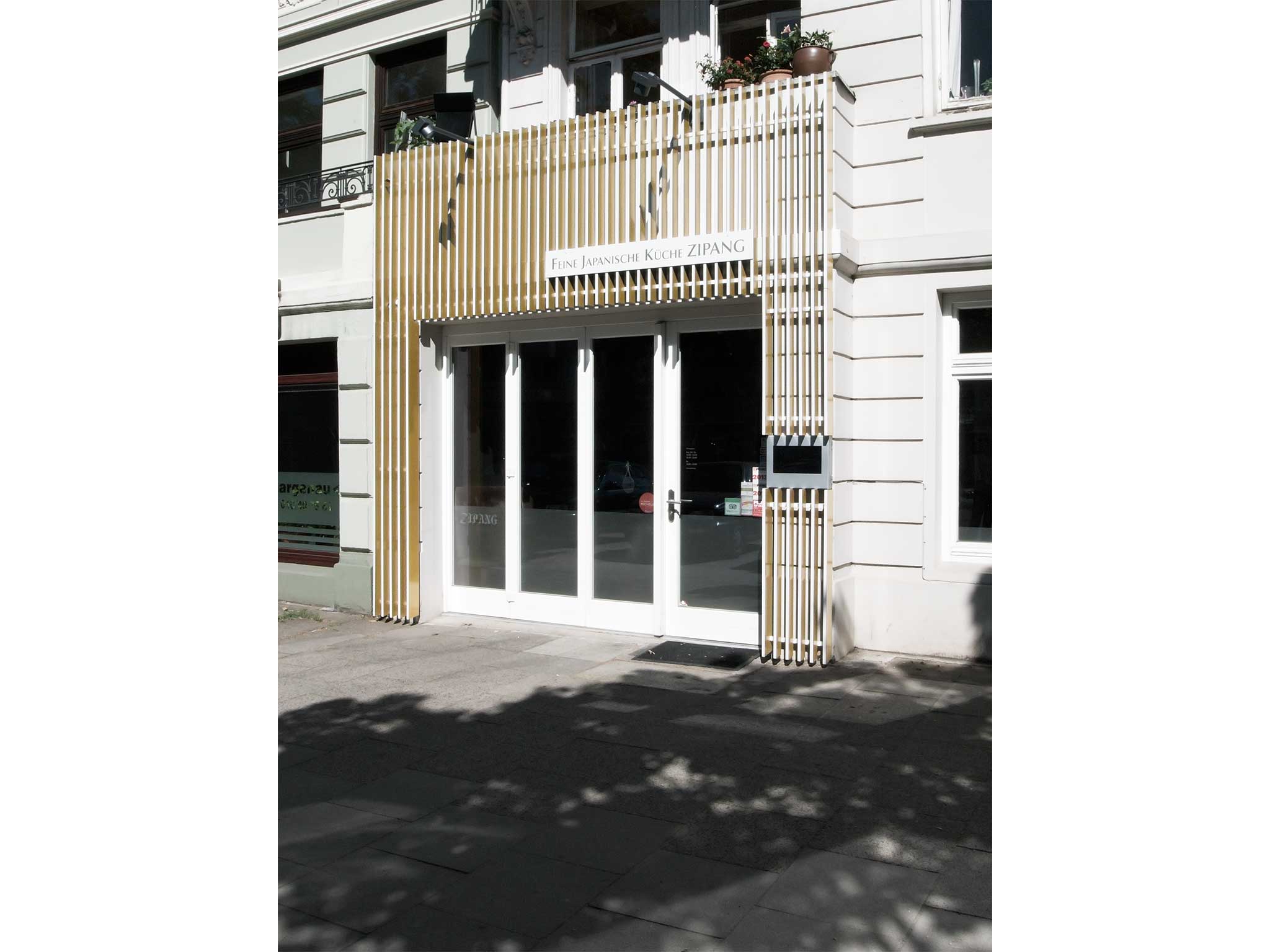 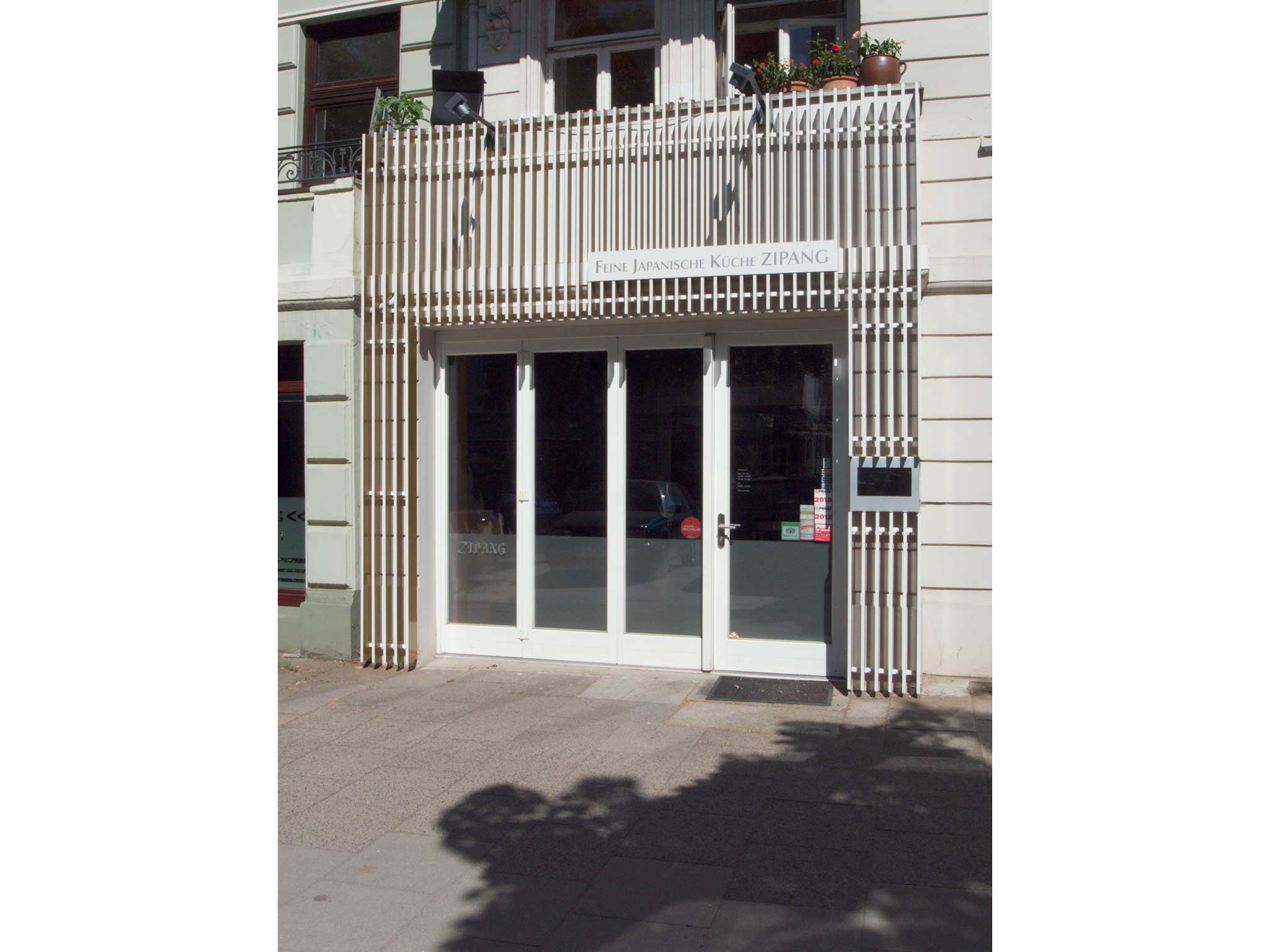 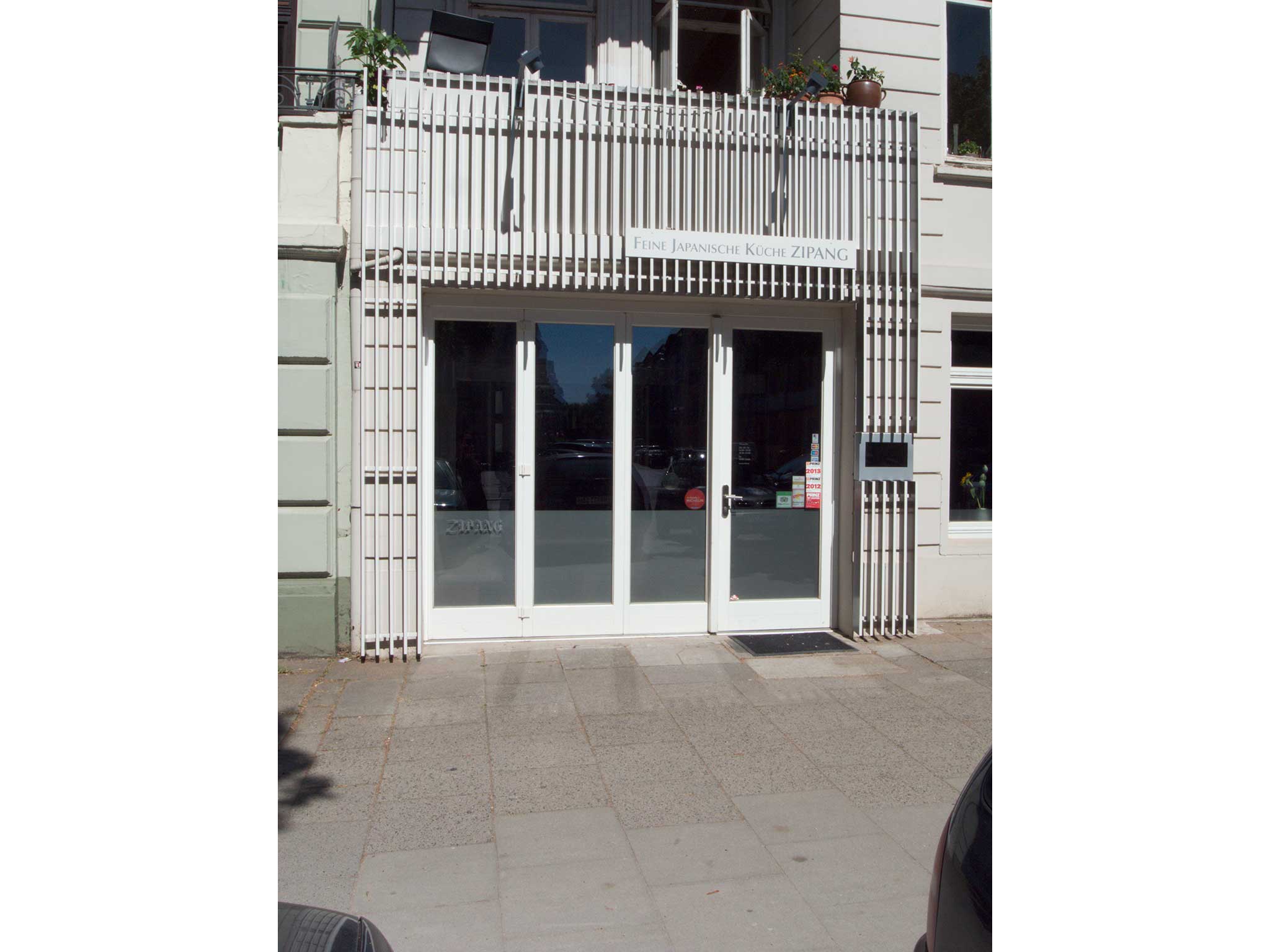 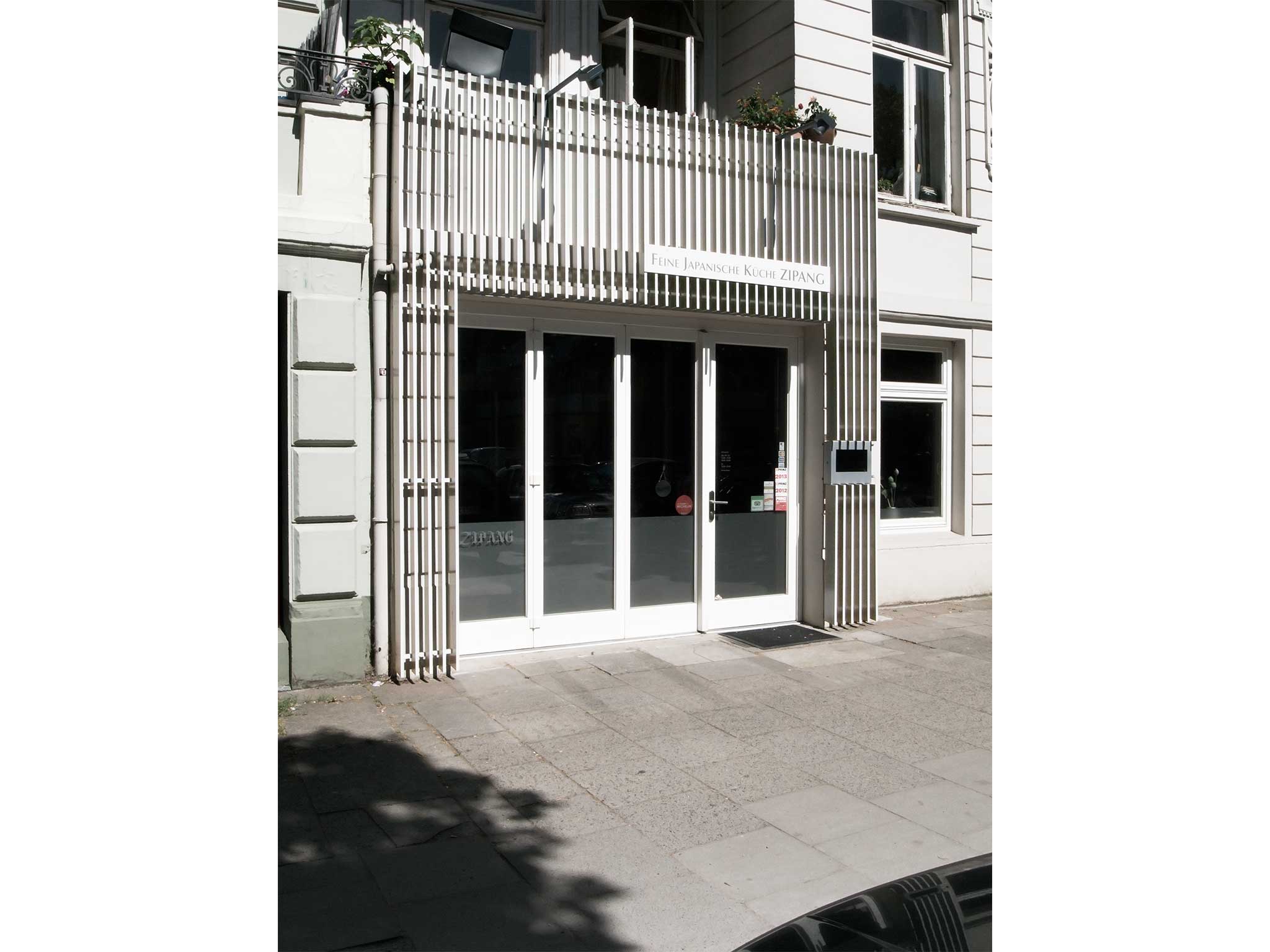 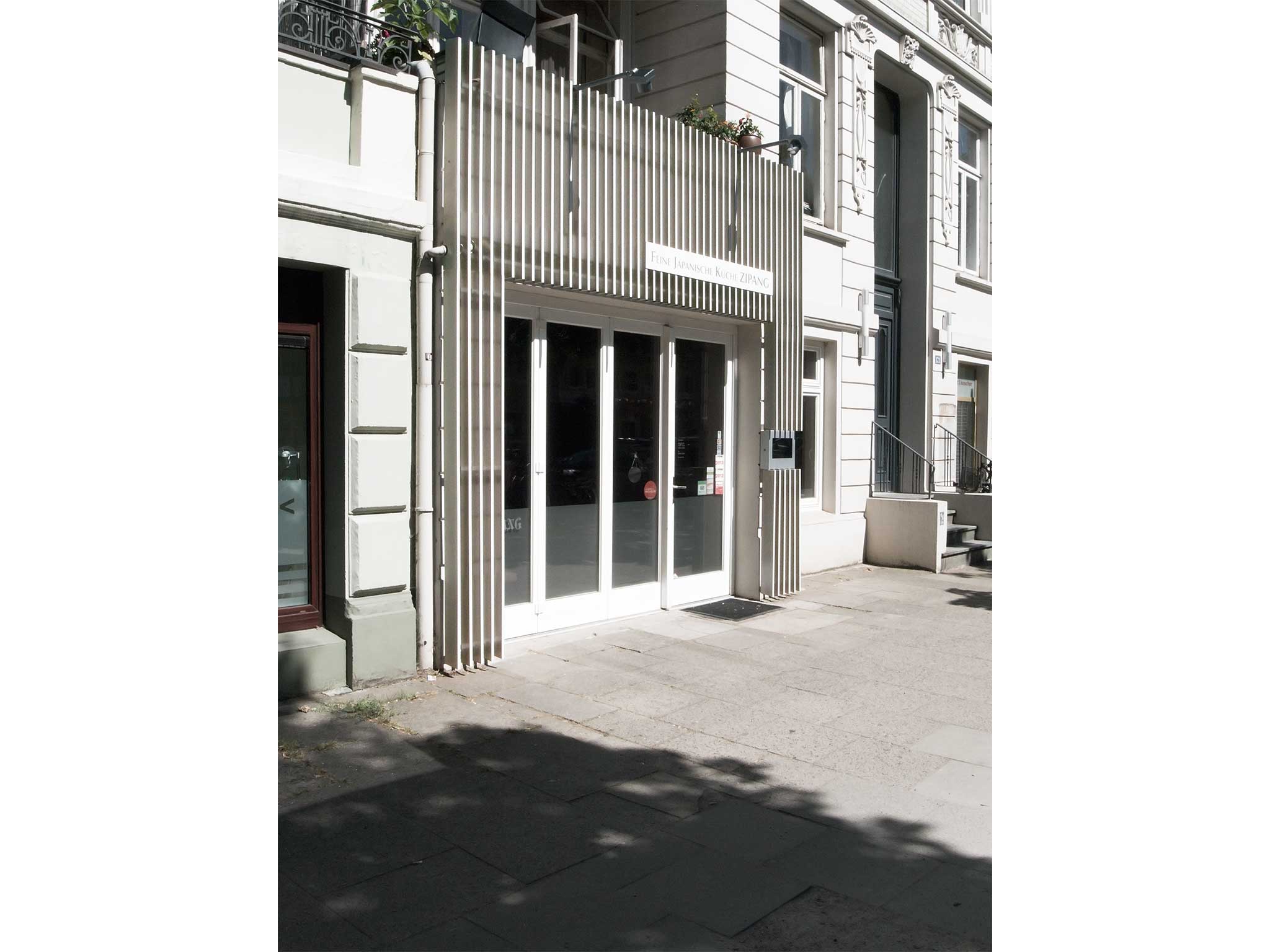 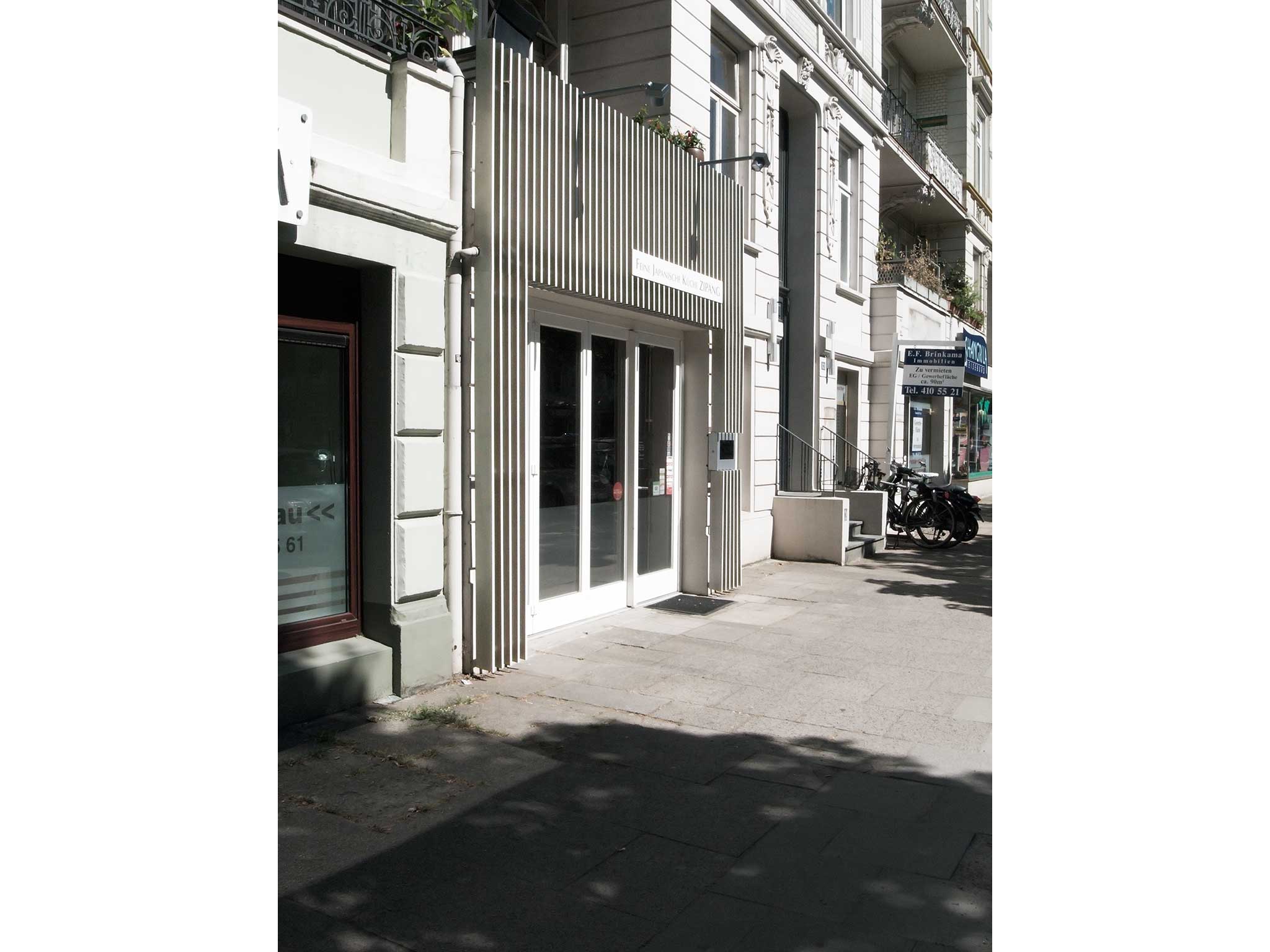 The owner of a Japanese restaurant in Hamburg envisioned a new, outstanding and eye-catching façade for his restaurant, hoping it would attract more guests. On the other hand, the beautiful and elegant building from the end of 19th century, in which the restaurant is located, required a modest and delicate treatment. This apparent conflict was solved with a wooden louvre structure suspended in front of the existing façade without completely covering it.

Wooden louvres are an element often used in traditional Japanese architecture as well as in contemporary European architecture. Therefore we felt the wooden louvre structure to be an appropriate design for the Japanese nouvel cuisine restaurant. To the front, the louvres are painted in the same white colour as the existing façade as to subtly blend in with the rest of the building. On the left, the louvres are painted silver, on the right they are painted golden. Depending on the perspective, the louvres are perceived as singular, vertical elements or as a seemingly closed surface.
When passing along the restaurant, the louvres are first seen as a closed silver surface that gradually dissolves into white when walking by. Facing the façade, the white louvres merge down to the white façade behind. Passing by further, the louvres appear to close up as a surface again, that now, when looking back, is golden. Therefore a subtle but very eyecatching effect is achieved, that attracts passerbys’ attention.

The colour scheme used for the louvres takes on the colour of the silver walls inside the restaurant, gold being used as the opposing colour. Therefore the gradient colour effect from silver to white to gold and vice-versa does not only attract people but also connects the outside of the restaurant to the inside.