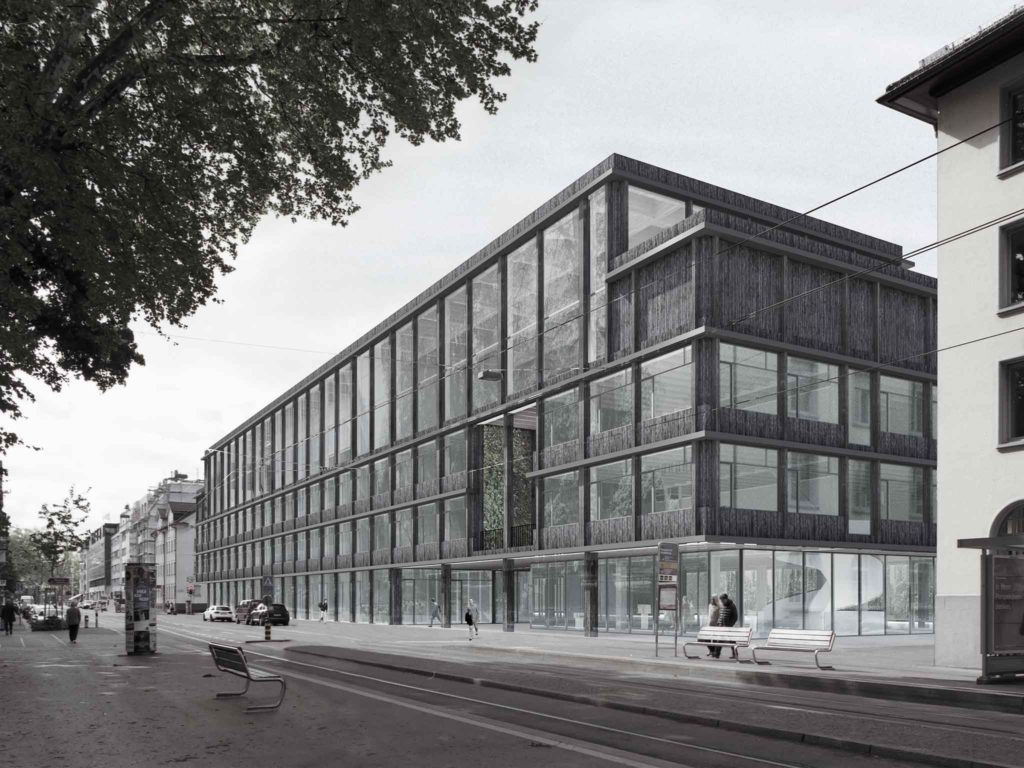 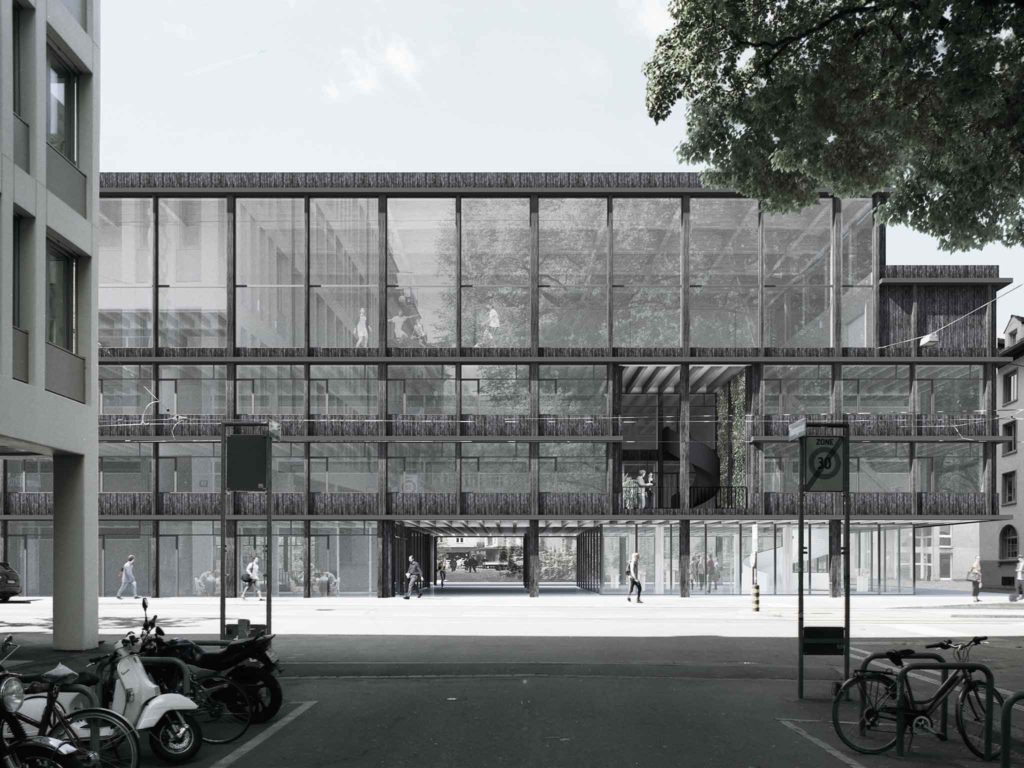 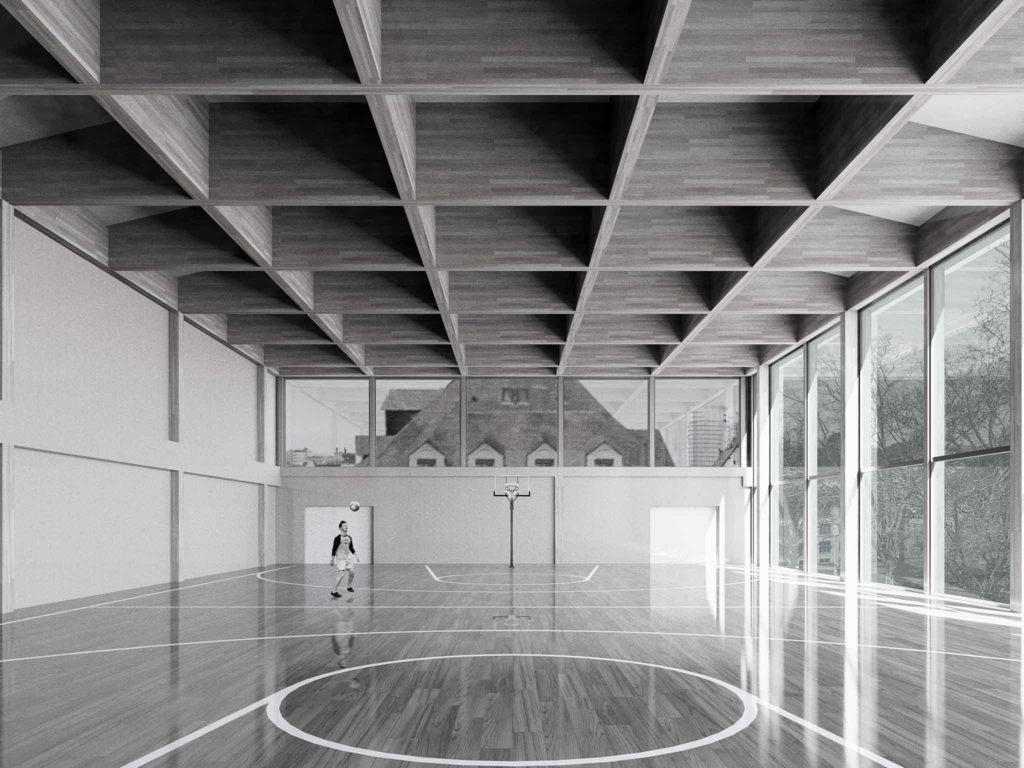 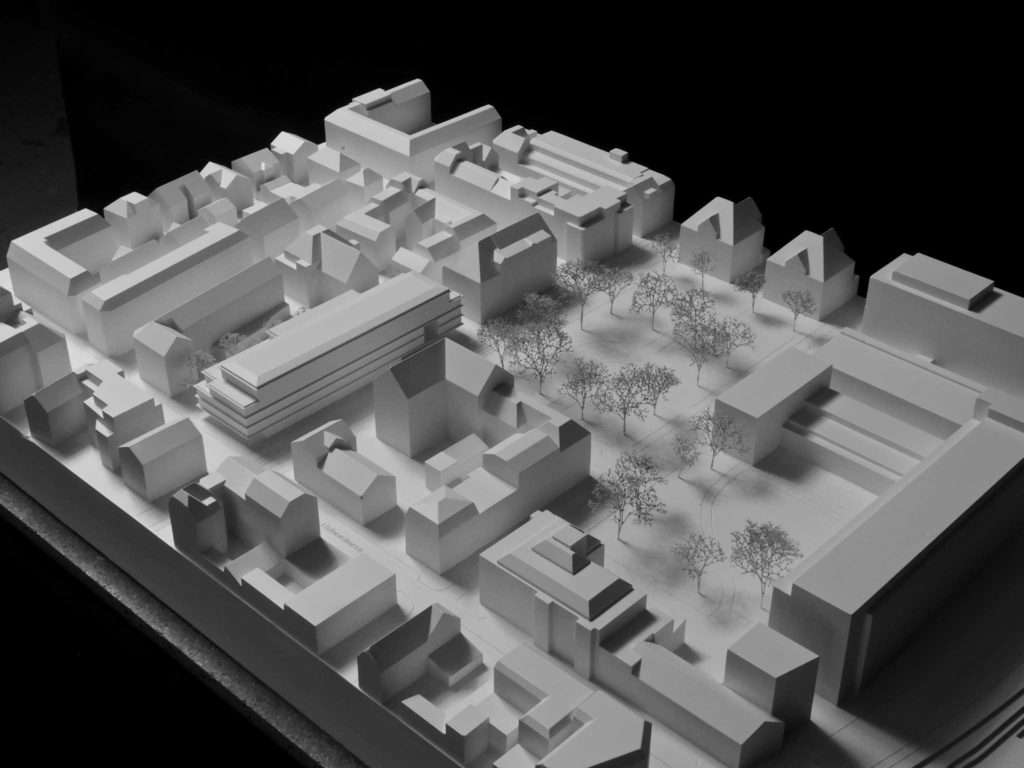 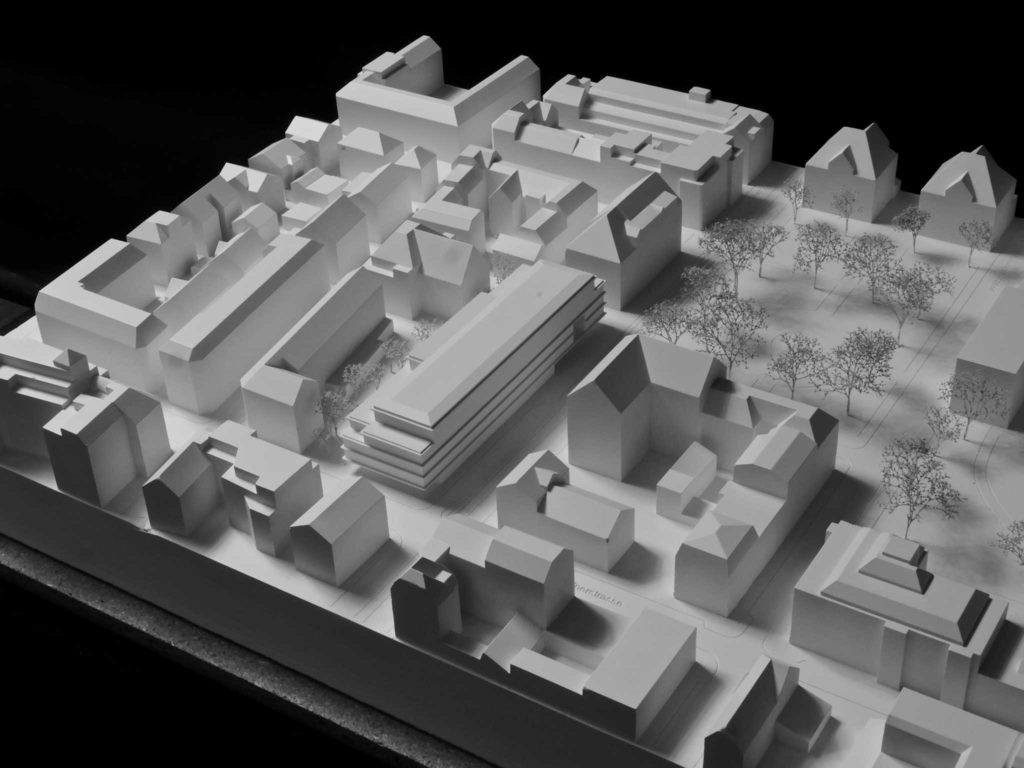 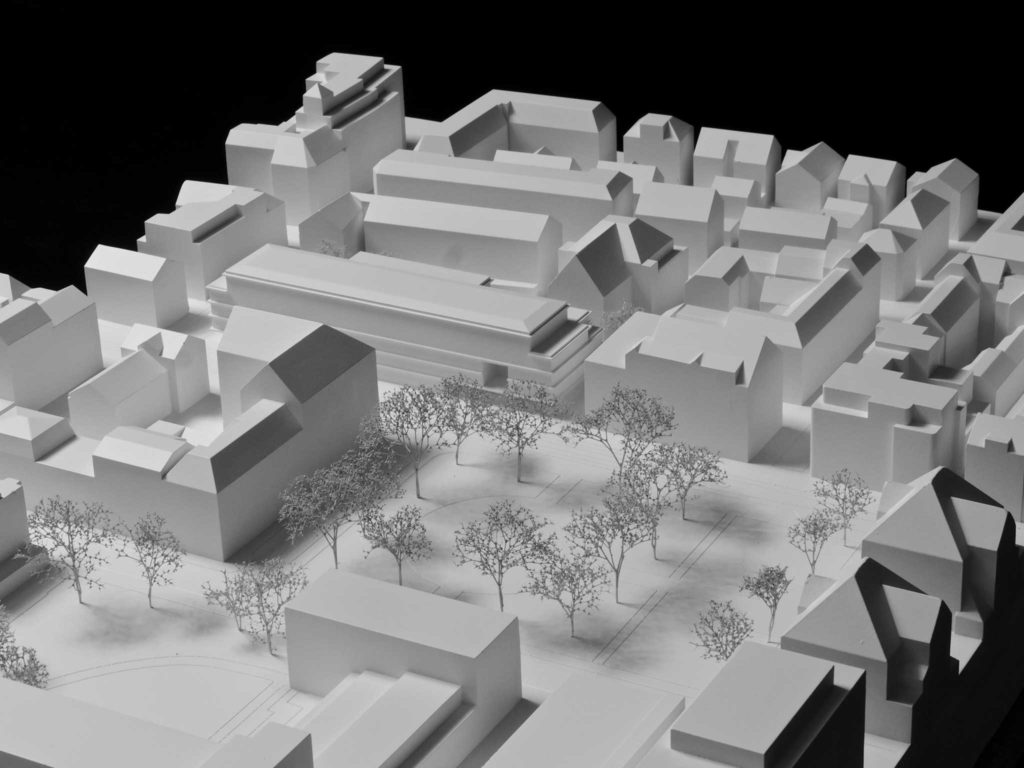 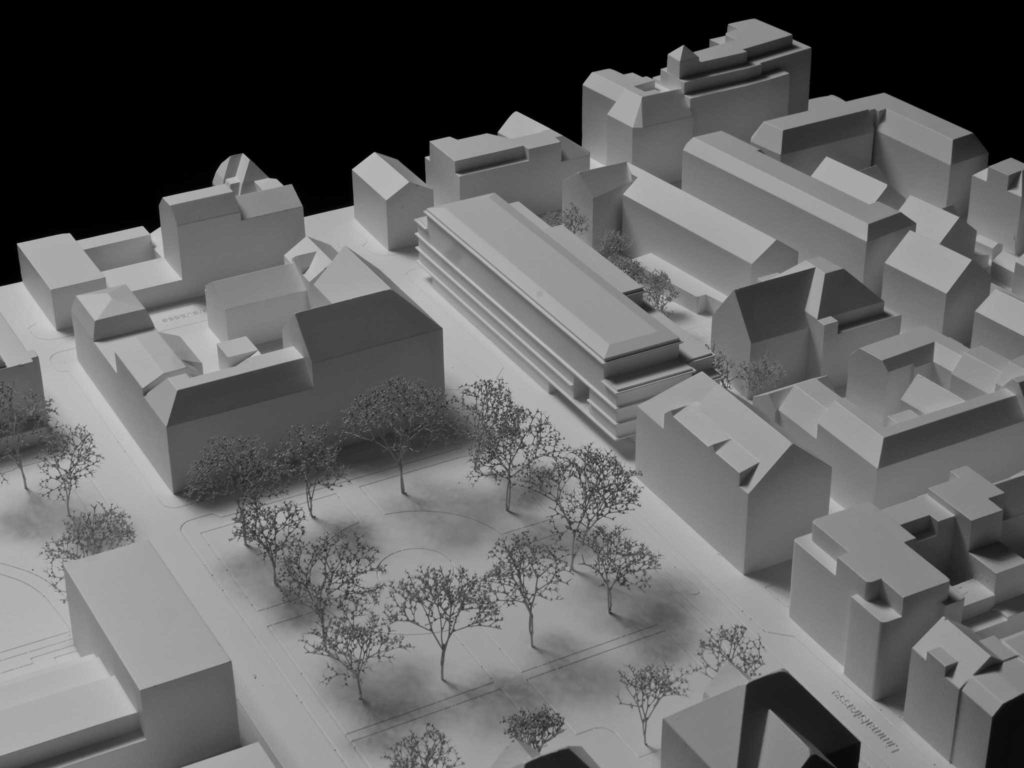 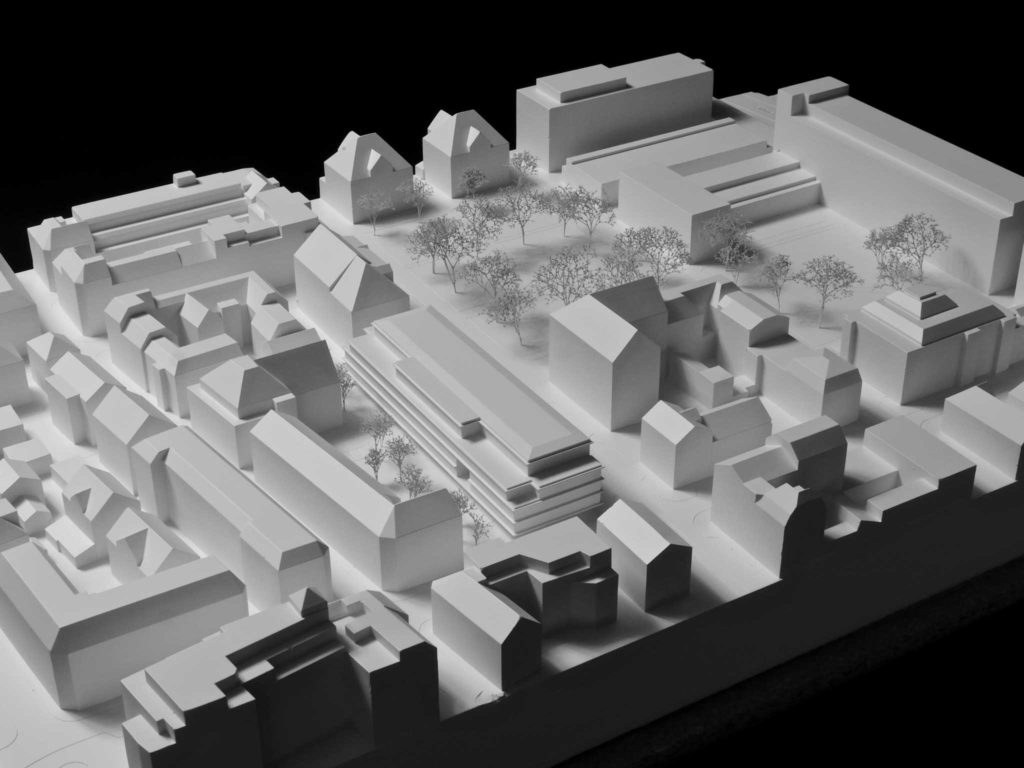 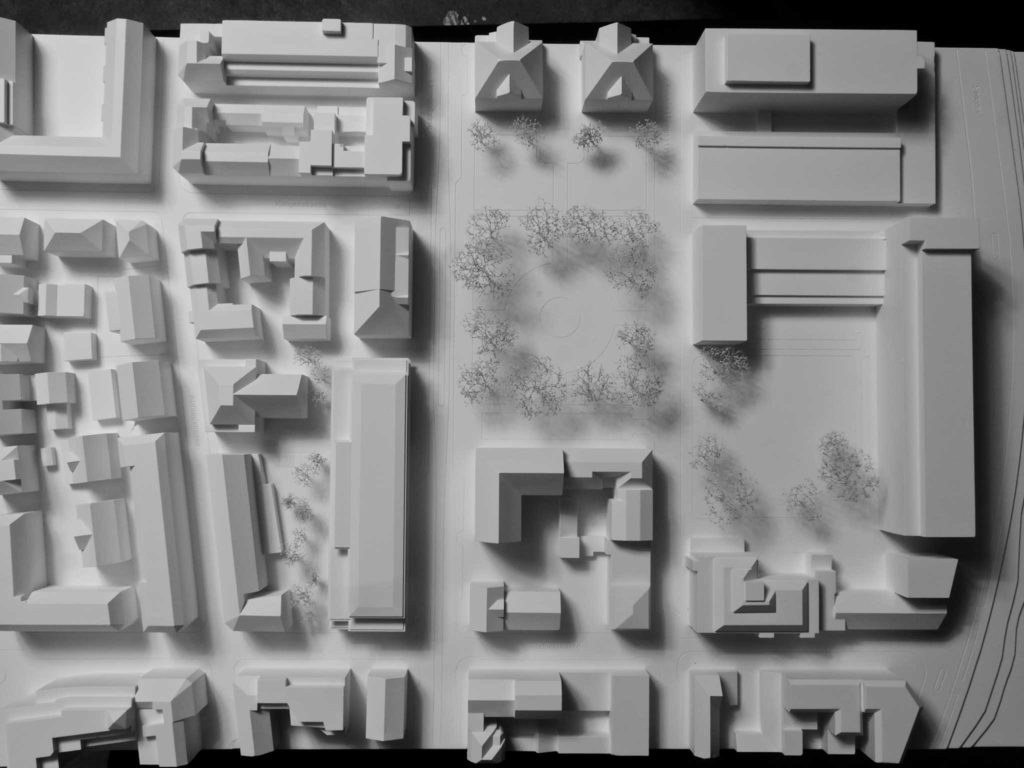 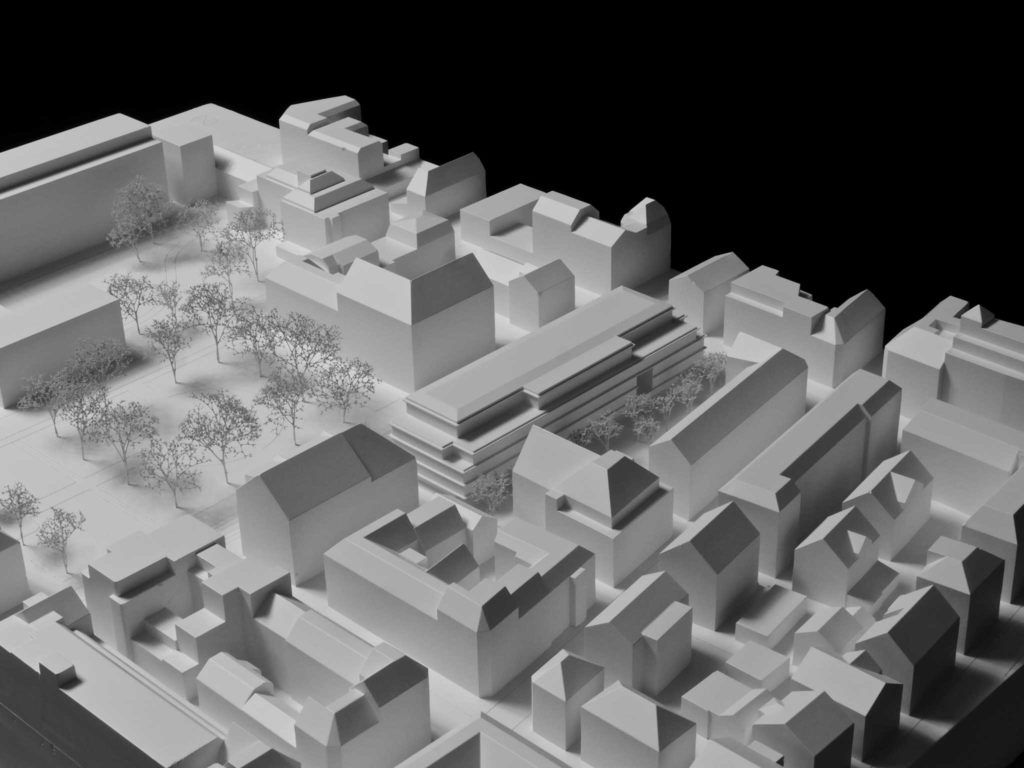 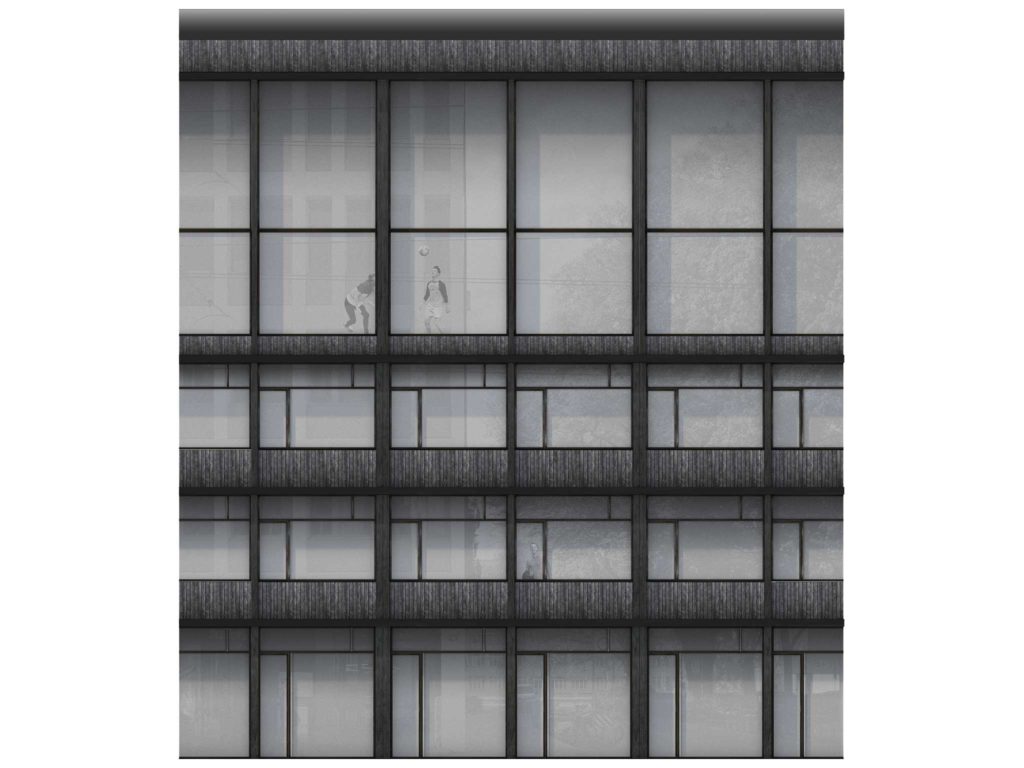 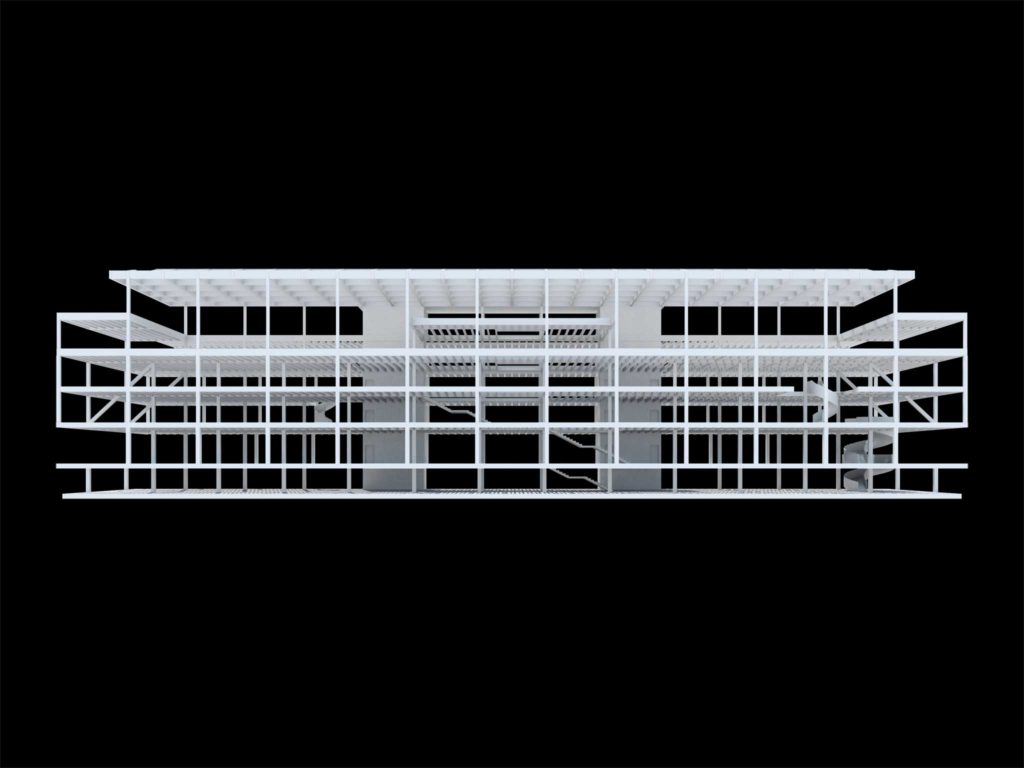 On a site with strict building code restrictions on the Limmatstrasse in Zurich, a vocational college for construction trades as well as two sports halls were to be planned. The design concentrates the building mass in a single, long building along the street and thus creates an inner courtyard continuing the network of small passages and courtyards in the urban spirit of the area.
The extra high groundfloor is distinctively transparent to form a visual connection between the courtyard and the Limmatstrasse / Klingenpark. A passage way on the ground floor, required by the brief, connects street and courtyard and hosts the main entrance to the school.

The new vocational college is subdivided into three parts: a base, a middle part and a top floor. The outer division continues on the inside via its functions. The groundfloor contains mainly public functions and resembles the identity of the school towards the outside with its open character. The two floors above accomodate the classrooms whose clear structure shows in the façade. The top floor is where the two sports halls can be found. Like beacons they are intended to be clearly visible from within their district.

A generously proportioned cascading staircase leads up to the classrooms from ground level. A large skylight allows light to penetrate deep down into the ground and basement floors. Circulation areas are generously dimensioned and widen up to recreational spaces which lead onto two storey high loggias. These loggias are designed as "green rooms” and open up towards the Klingenpark and the courtyard.
The stringent building grid allows an efficient use of a hybrid wood construction and defines the elevations as an elaborately structured wood façade.