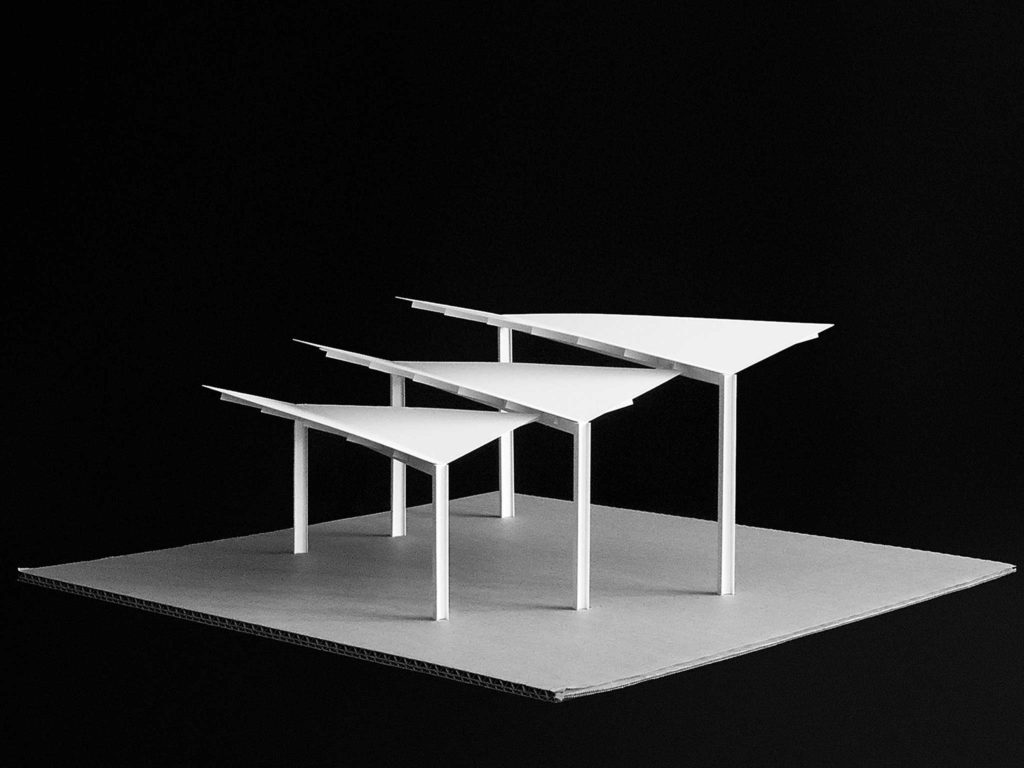 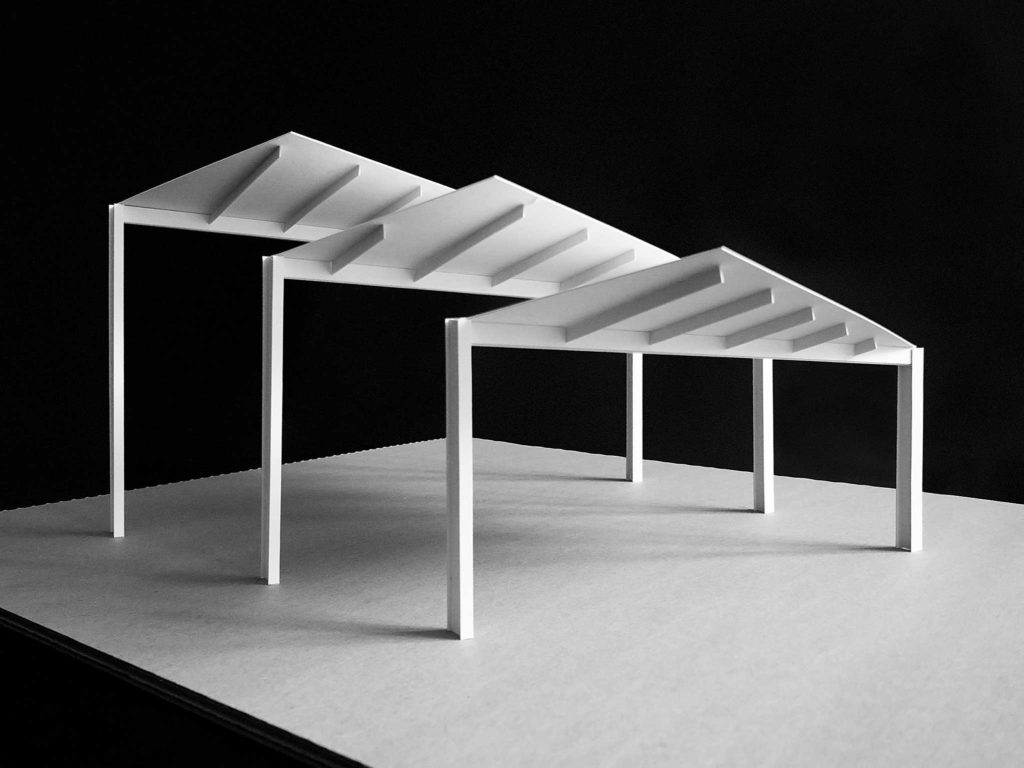 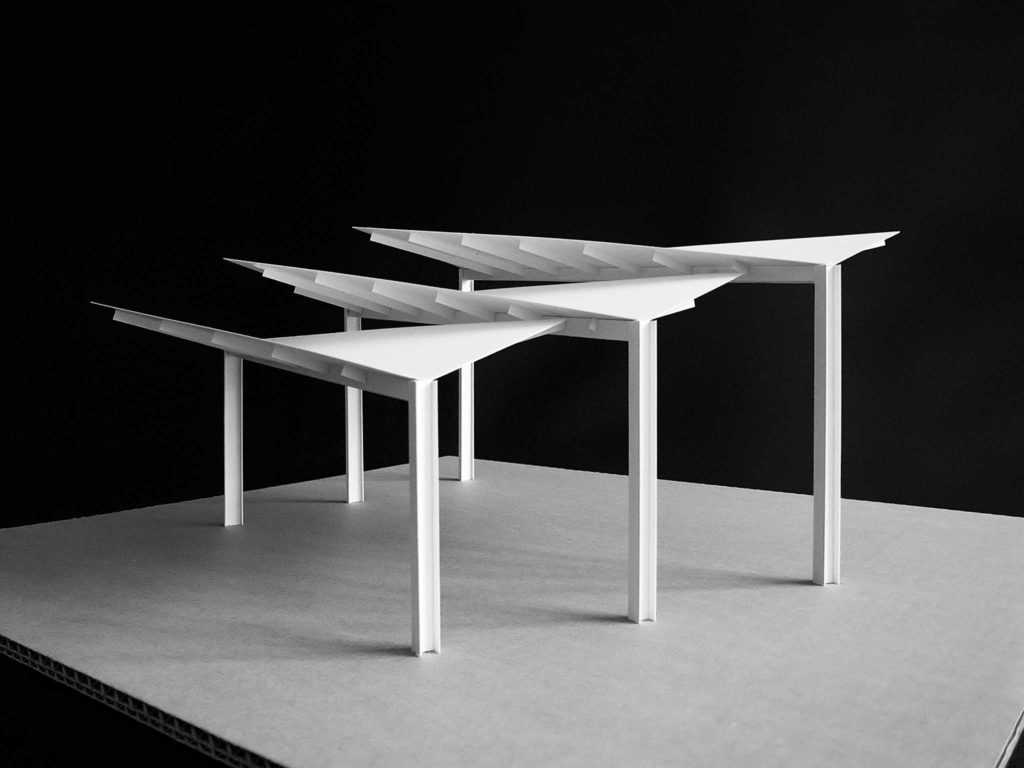 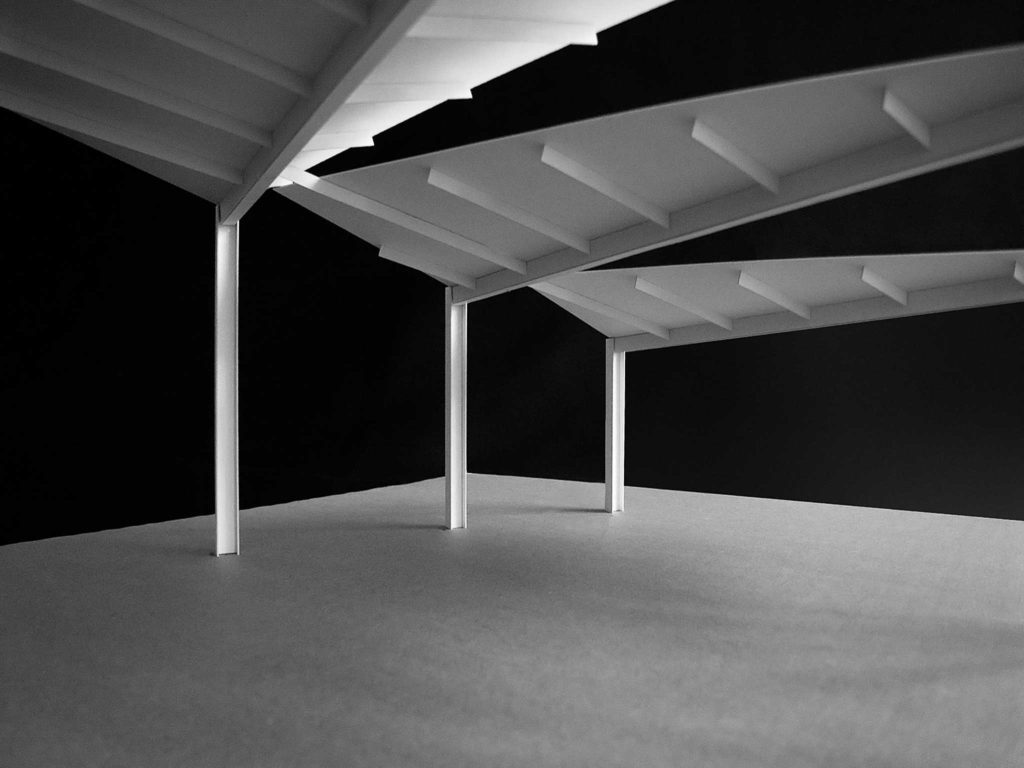 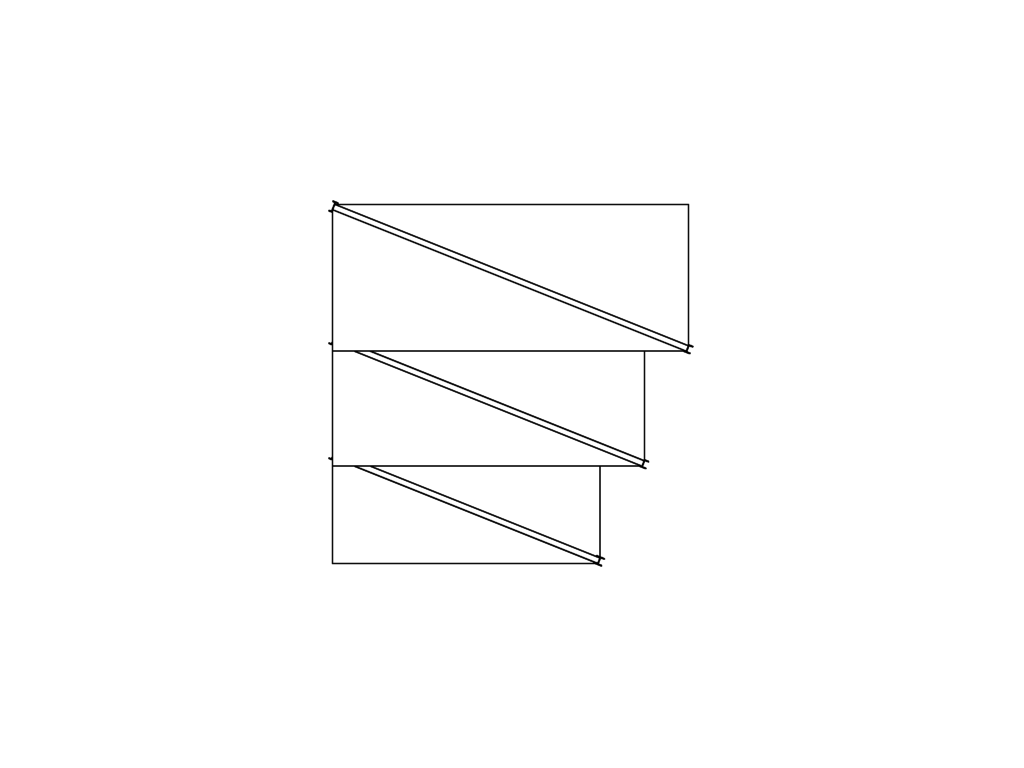 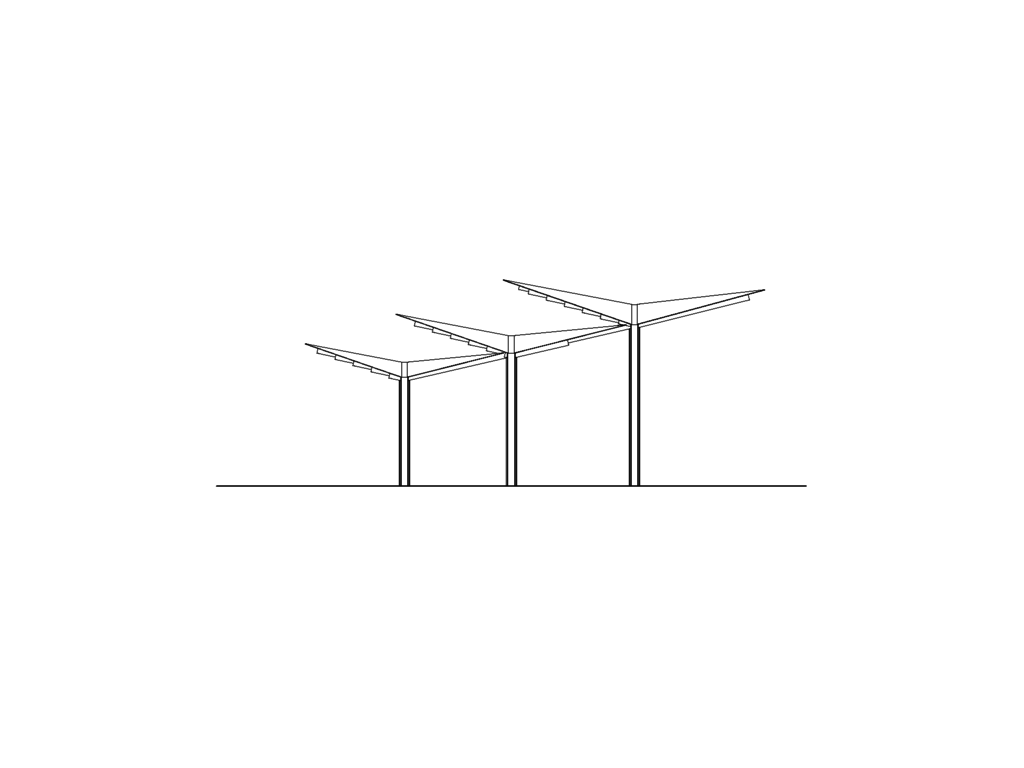 The clients for this small project in a Hamburg suburb wished for a shelter for their cars. Unlike standard carports with an often massive construction and opaque enclosing walls, they had a light structure in mind that would not block the view from the house to the street. Moreover, the polygonal area to park the cars – deriving from the situation of the front garden with a huge tree next to the car entrance and a step in the ground level of the garden – put a conventional solution out of the question.

Three roofs of different sizes but similar proportions were developed. They are arranged parallel to each other with the smallest and lowest one facing the street and the biggest and highest one facing the house. Each roof consists of a main beam diagonally spanning two columns with a cantilevering triangular plane either side of the main beam. The wing-like shape of the three staggered roofs strengthens the light and minimalistic impression of the overall construction.

The carport was monolithically built in steel as to simplify the joining. Steel plates were even used for roofing, allowing for a simple construction. As the two cantilevering planes decline towards the main beam, which again slants towards one side, a simple rain drain is created on the top of each roof.