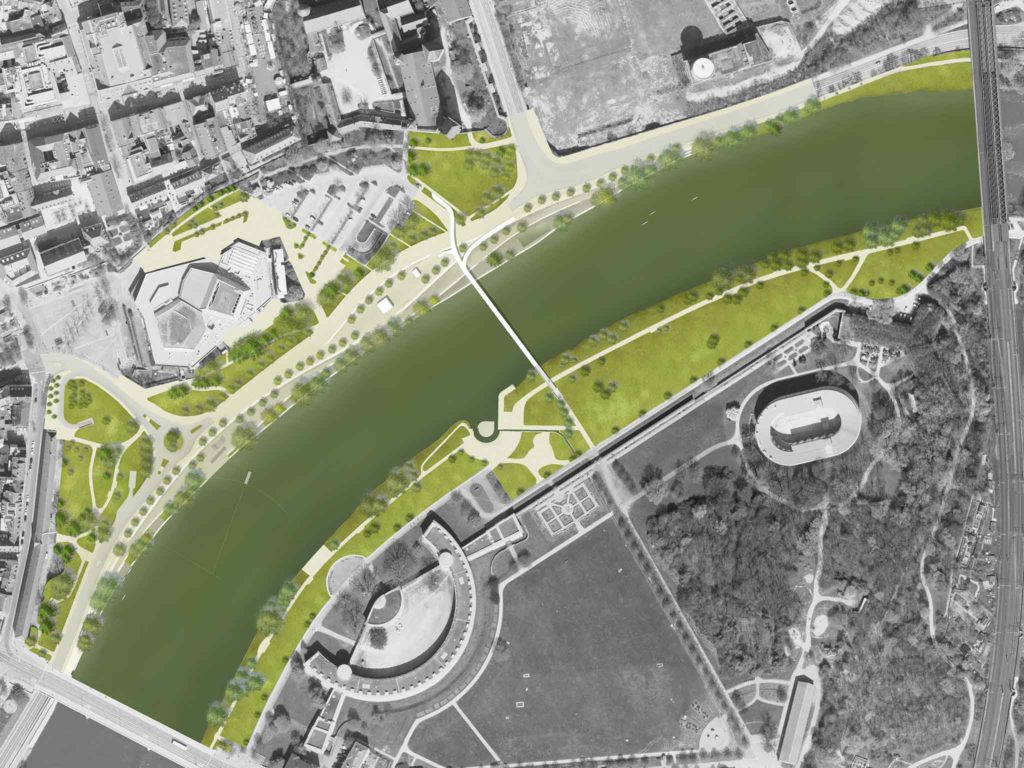 The Danube river bank in the city centre of Ingolstadt was to be redesigned as well as the road running alongside it as to eliminate its strong seperating character. Reducing the number of lanes and lowering the speed limit were some basic measures to broaden the river bank and to improve the connection to the city.

The shape of the new river bank reflects the flowing movement of water. Open spaces and stairs of different shapes and sizes meander down towards the river bank creating terraced areas. The wave like fashion in which the stairs widen and narrow generates flowing spaces that are connected to each other but also create zones for various activities. They all offer great views of the Danube and the larger steps invite people to sit and rest.

The parallel motion of the river, the river bank and the road is opened up to form a wide public urban space. The flowing movements create a new attractive square. By breaking up the rigid parallel correlation and establishing an ondulating shift, city and river are interlaced. Urban spaces emerge directly on the banks of the Danube.

The new design of the river bank not only unlocks new possibilities but also improves existing pedestrian connections. The development of a “shared space” helps to overcome the strong separation of city and river and connects the new square with the city. Along the river, the waterfront is made accessible, while the median level links up to the existing pedestrian network. The Donausteg – the pedestrian bridge over the river – now ends on the new square but is also extended towards the old town.