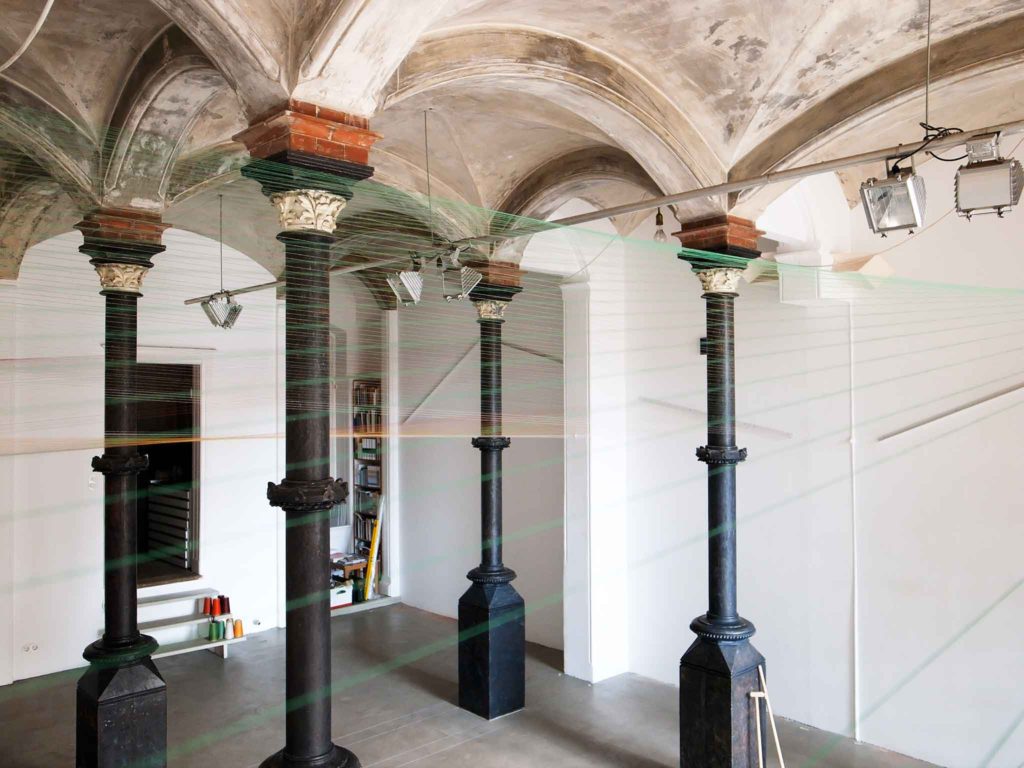 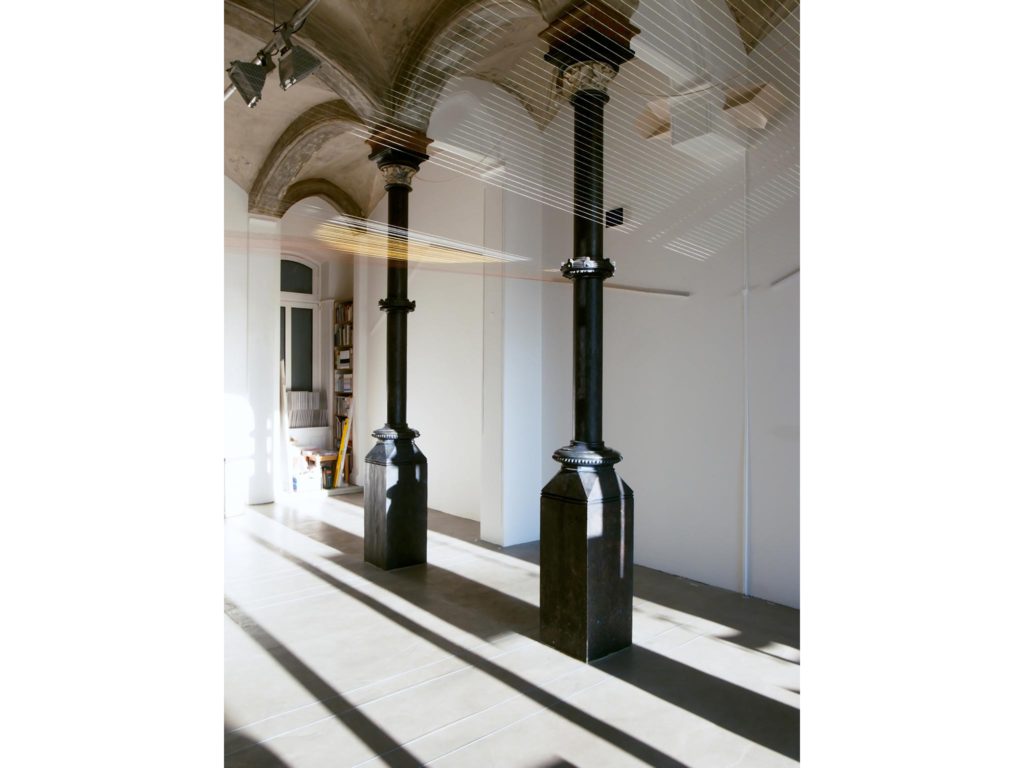 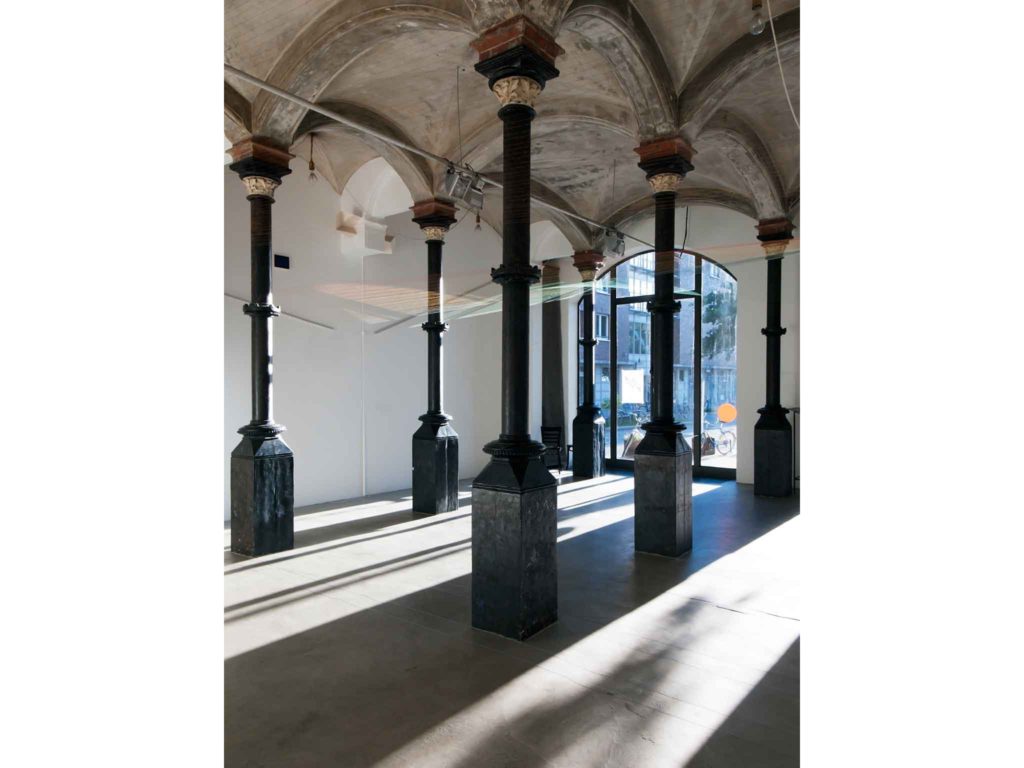 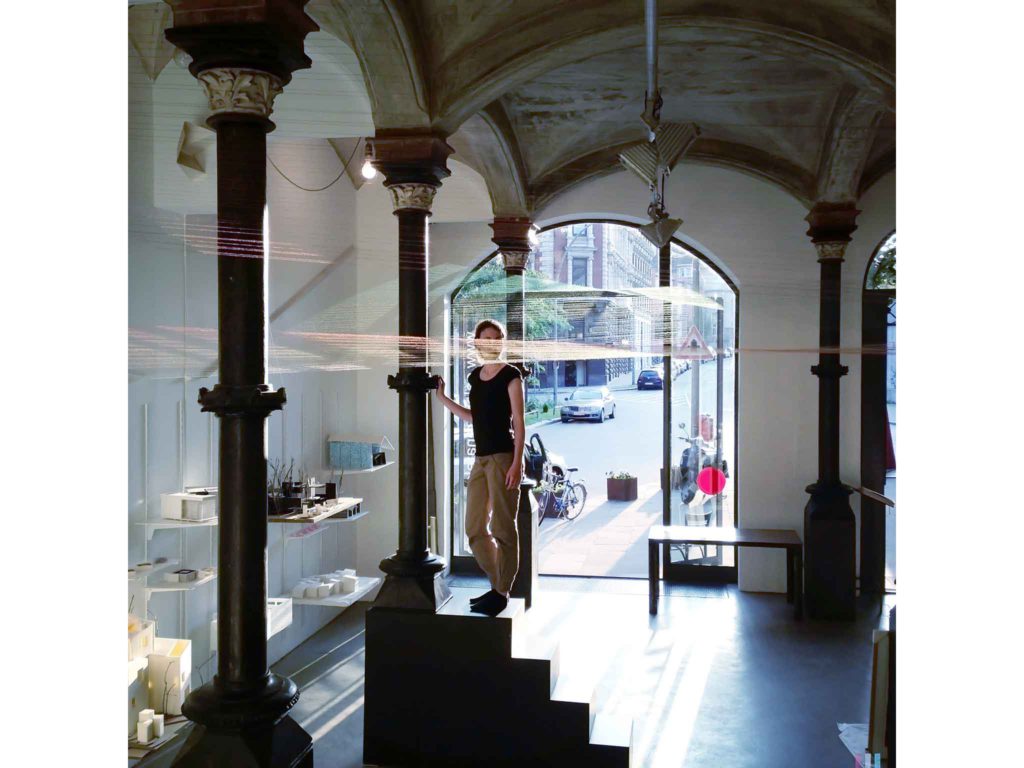 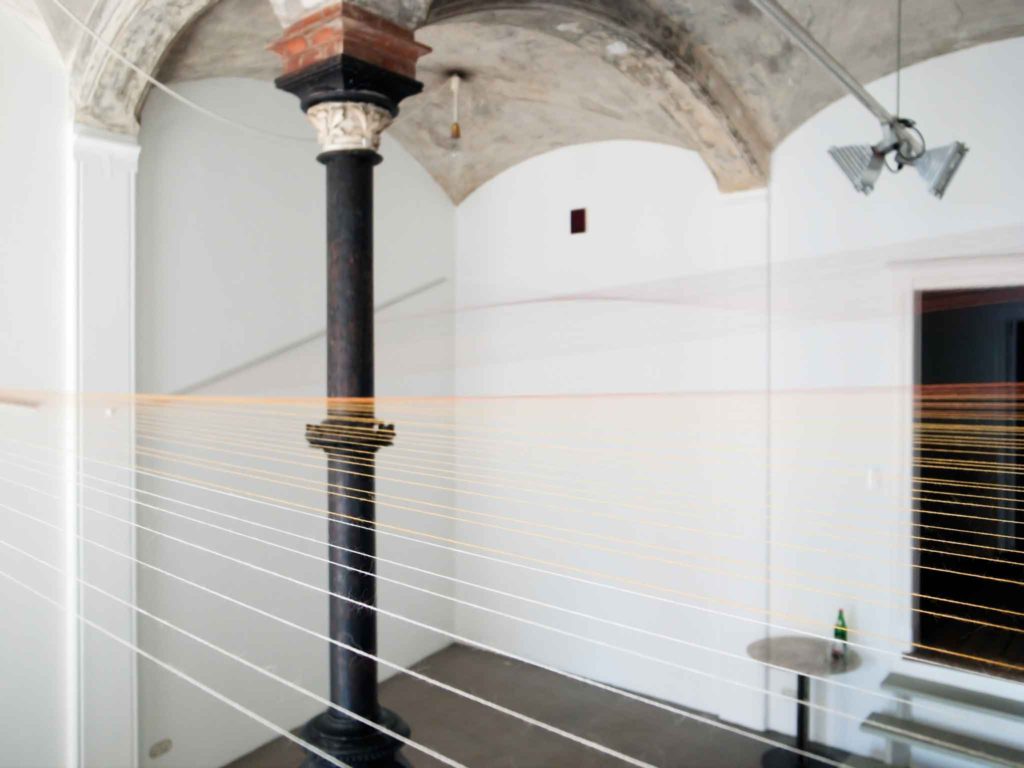 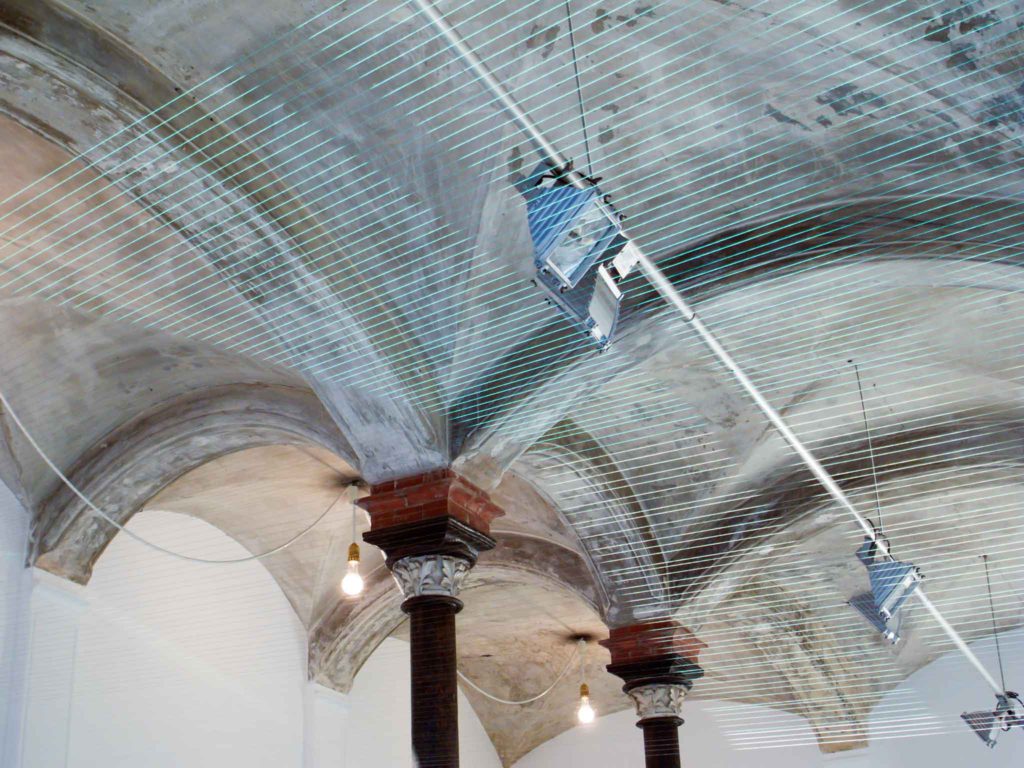 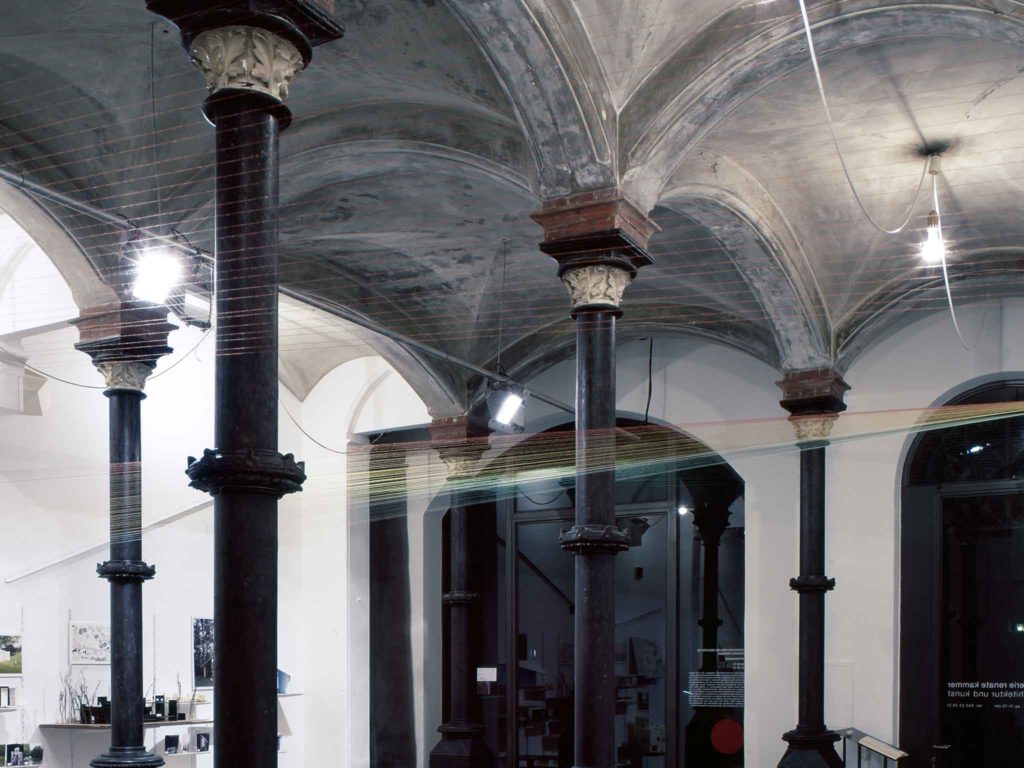 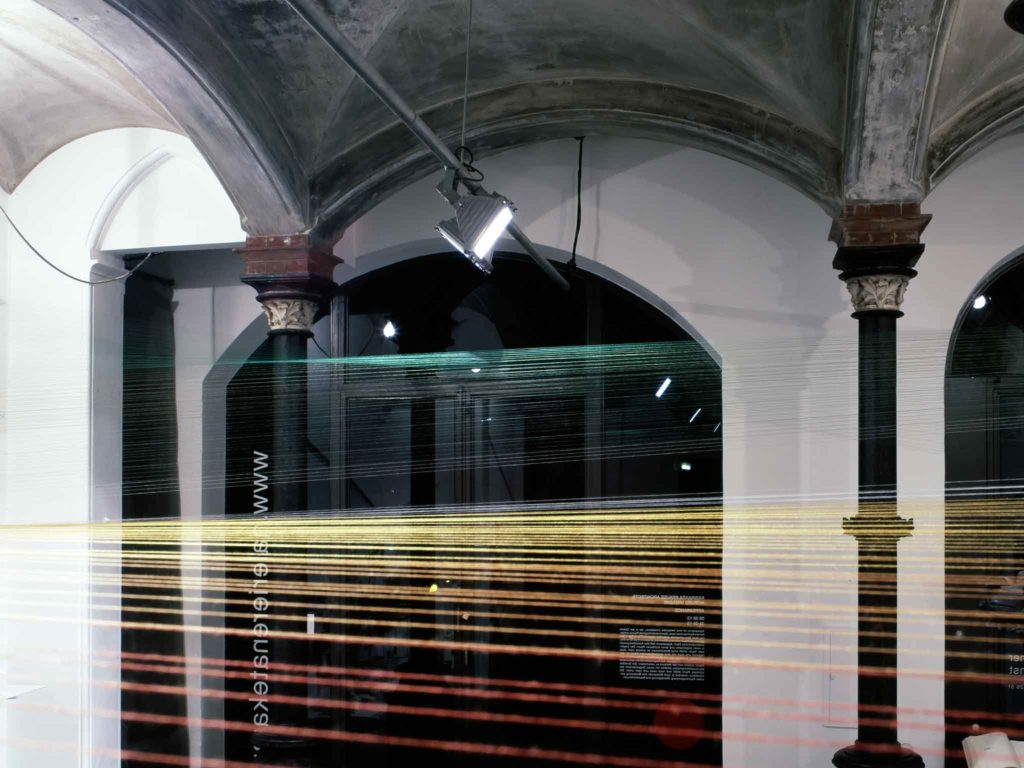 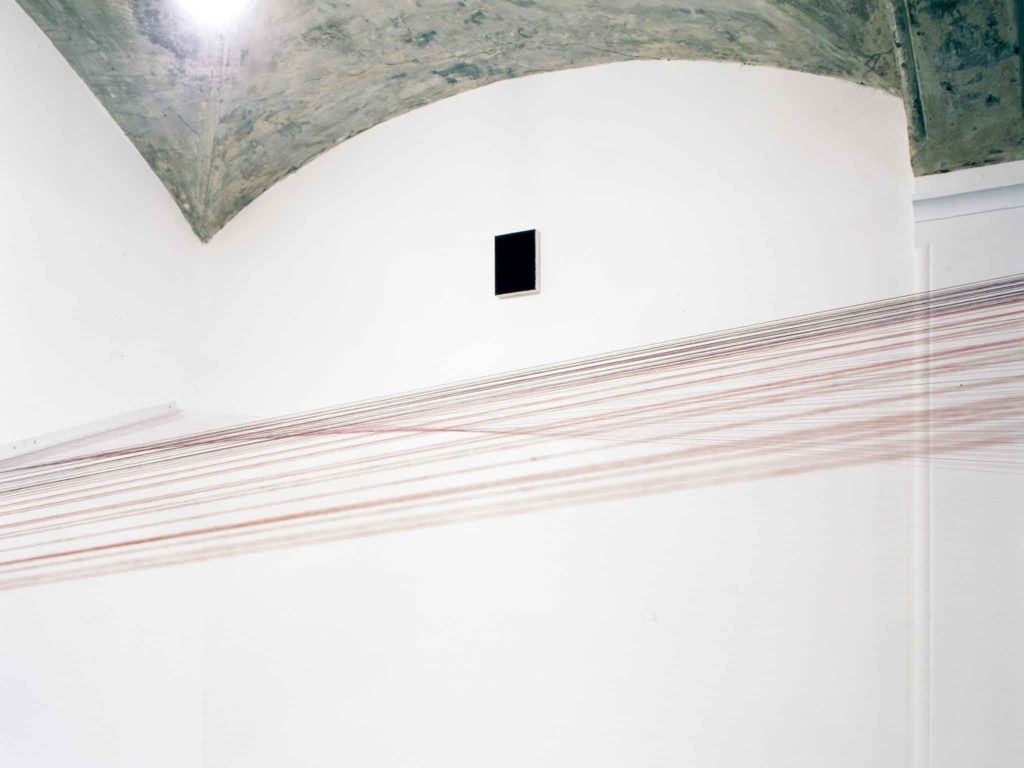 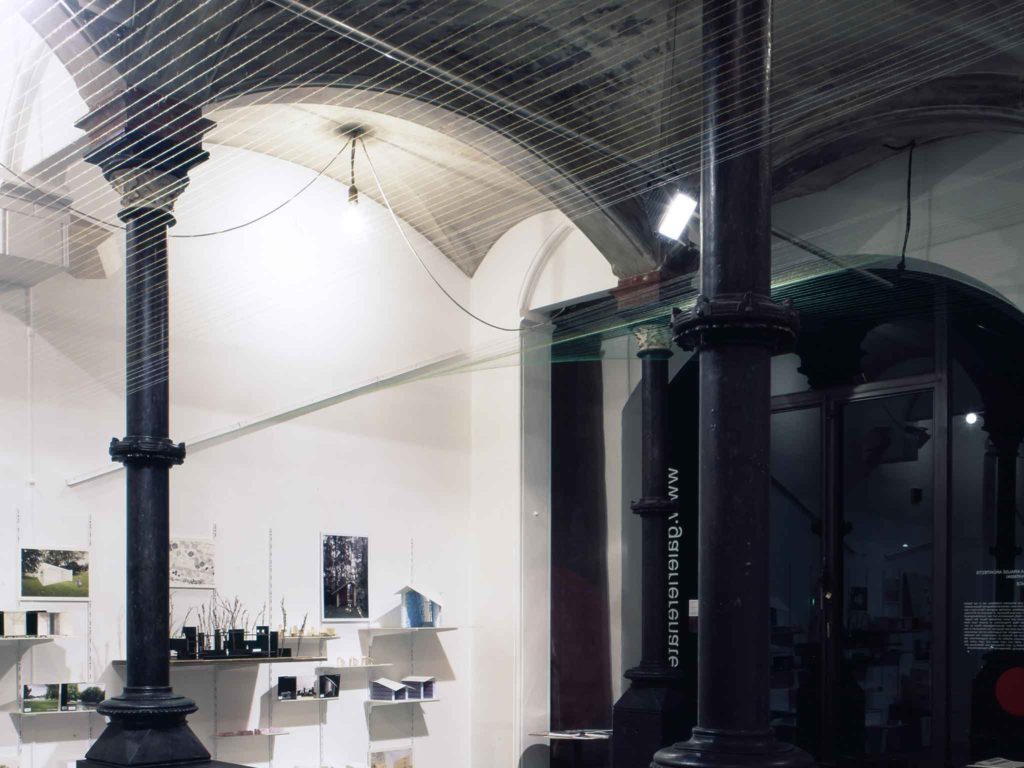 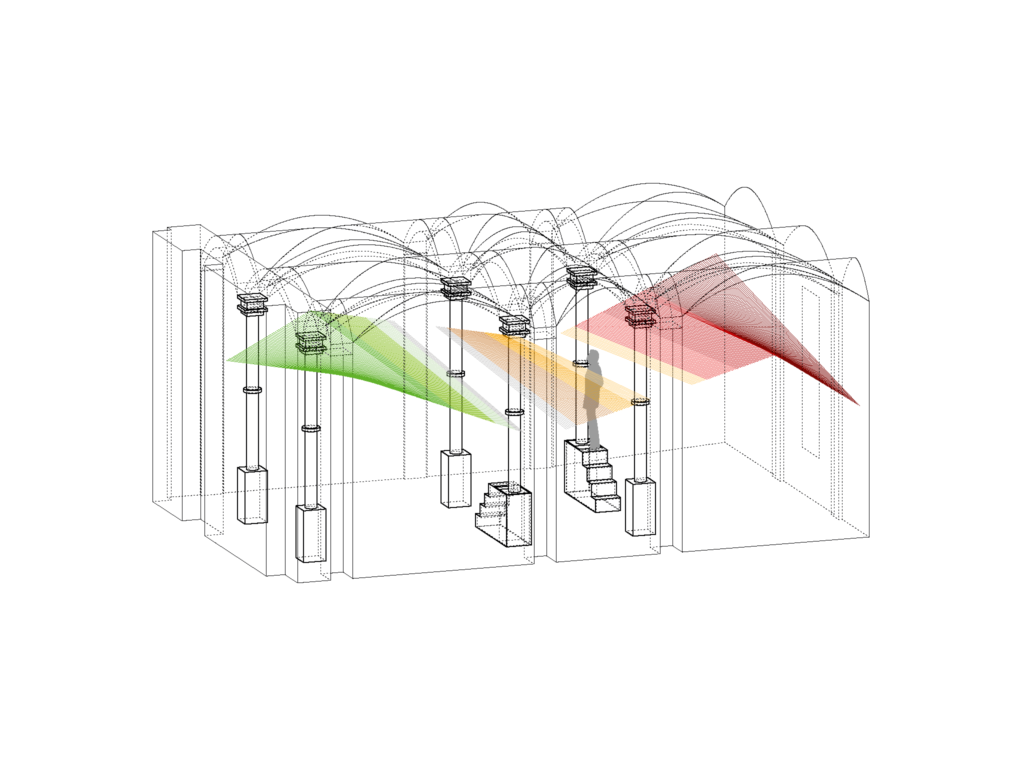 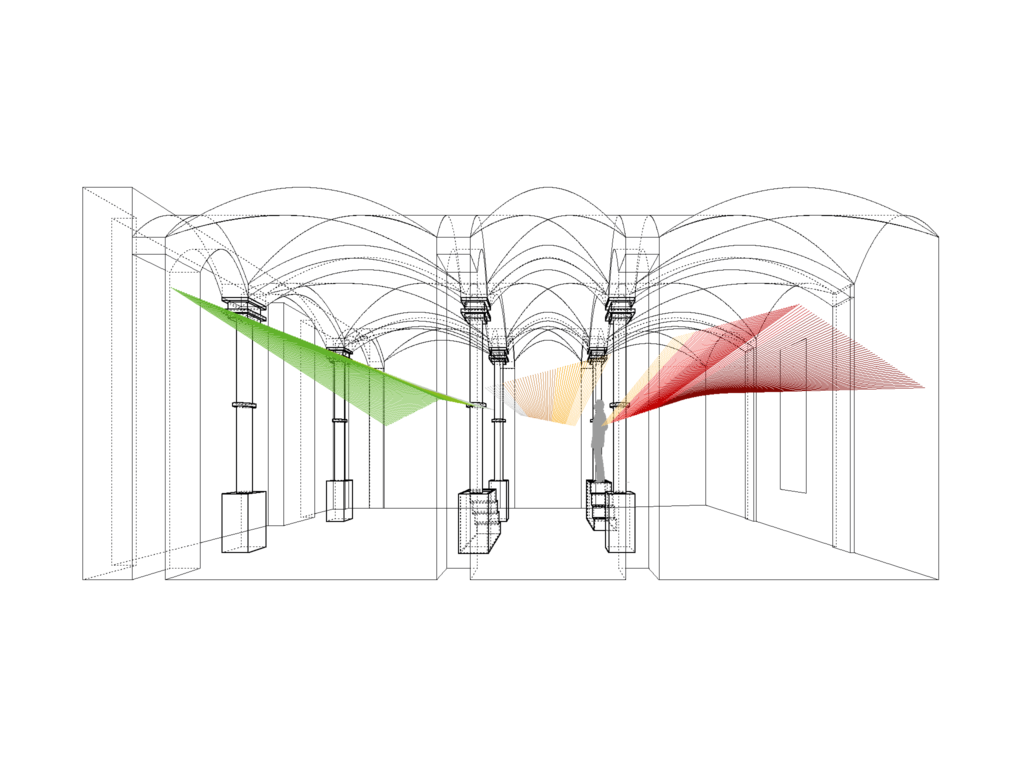 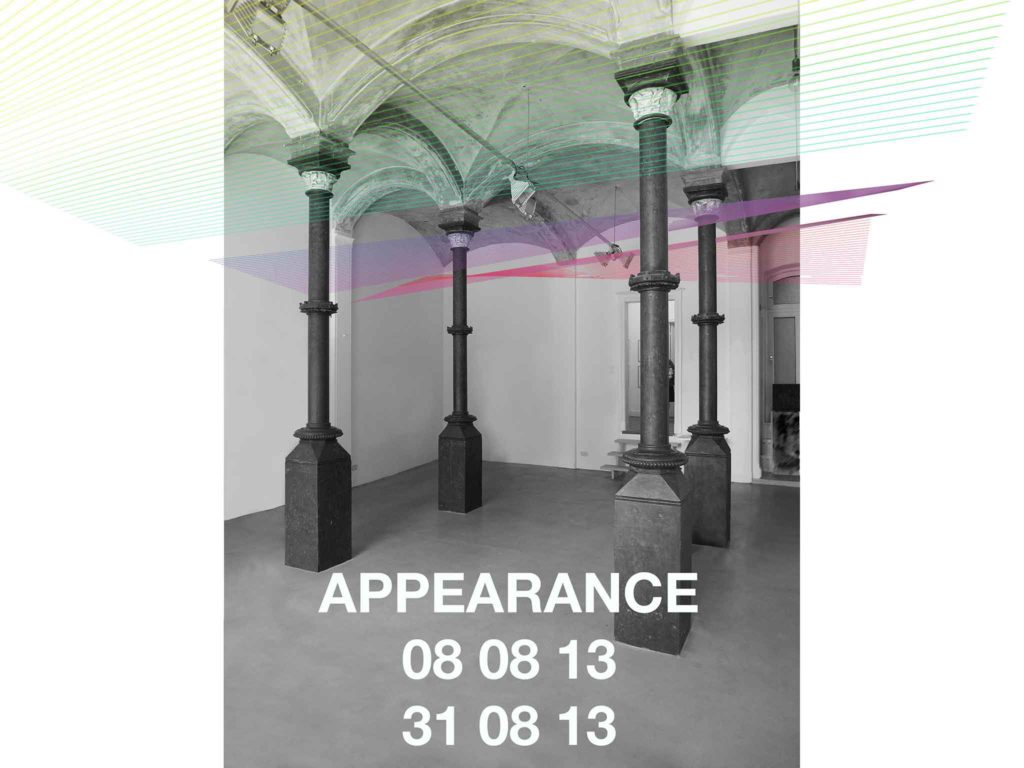 The appearance of surfaces and space is what we dealt with in the exhibition together with Japanese artist Nobuko Watabiki at Galerie Renate Kammer, Hamburg in 2013. The seeming contradiction of our approach of questioning spatial phenomena and the two-dimensional abstraction in the works of Watabiki were combined in this joint work.

“Appearance” is a temporary installation creating two new spaces in the gallery Renate Kammer. An ephemeral, undulating surface of colourful, single woollen threads adds a new level to the known space, creating a shimmering, cloudy roof. A new space seems to appear above this open surface, which subtly gives new proportions to the space below. Depending on perception and viewpoint, two new spaces above each other appear or re-dissolve into one – the known space of the gallery.

The sunlight and its changing angle in the course of time light up the vivid colours of the threads, enhancing the effect of appearing and dissolving.

Two massive, black stairs are newly inserted in the middle of the room for this installation. They melt with the existing black bases of the columns, creating a heavy counterweight to the weightless installation above.

By climbing up these stairs the perception of the space drastically changes. Each step varies the composition of threads that appear as colourful lines and surfaces or melt into the space beneath. As the visitor finally pops up his head into the space above, the apparent surface of the installation becomes an ephemeral horizon that seems to slip. The vaults of the exhibition space obtain a new counterpart, the visible space cambers up and down. The field of vision and the perspective view of the space shift, being steadied by the depth-less paintings of Japanese artist Nobuko Watabiki above and below the installation.

Nobuko Watabiki gives the installation its colourful aspect. The colour concept of the artist, who normally deliberately avoids spatial depth, makes the appearance of this installation shimmer between the second and third dimension.