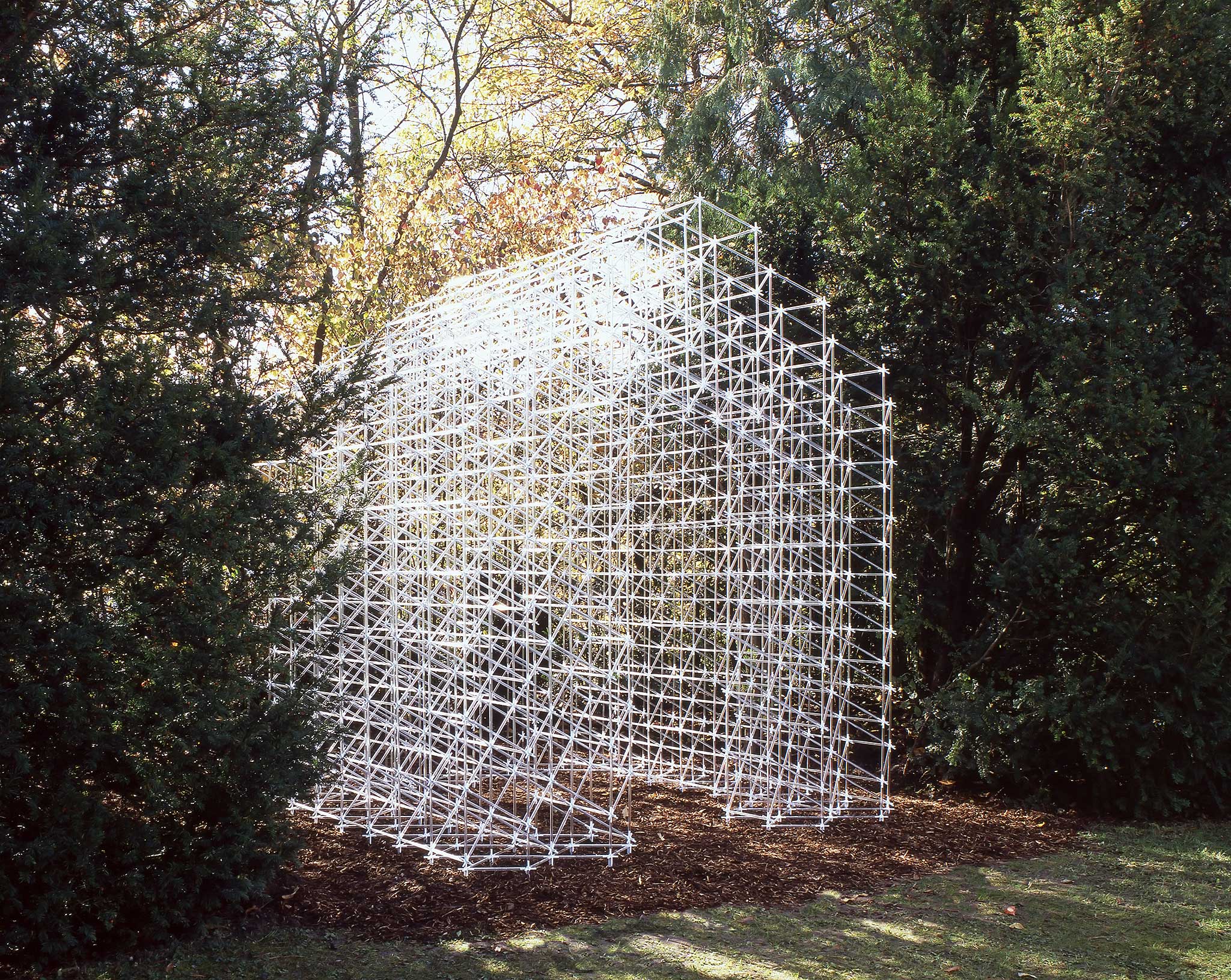 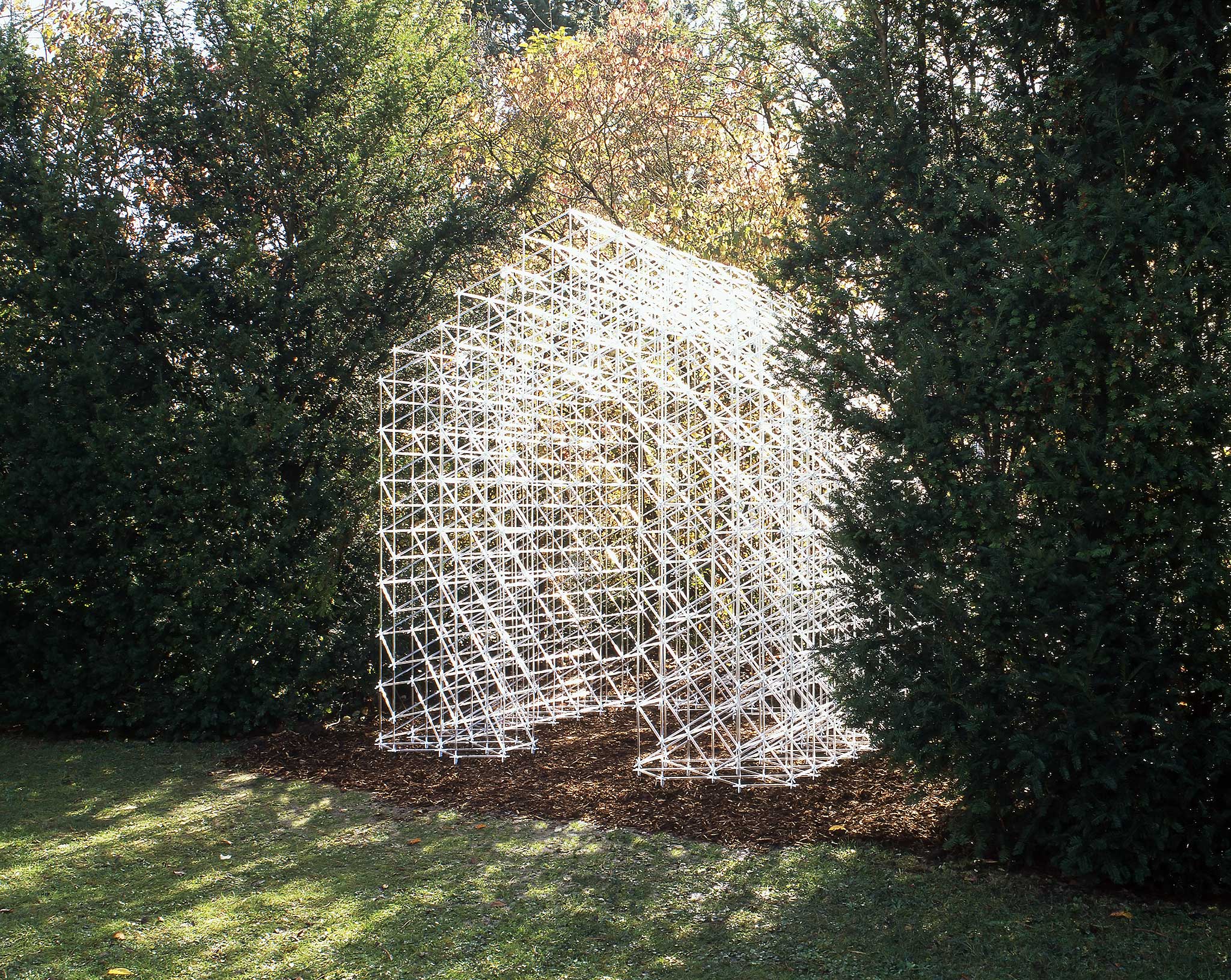 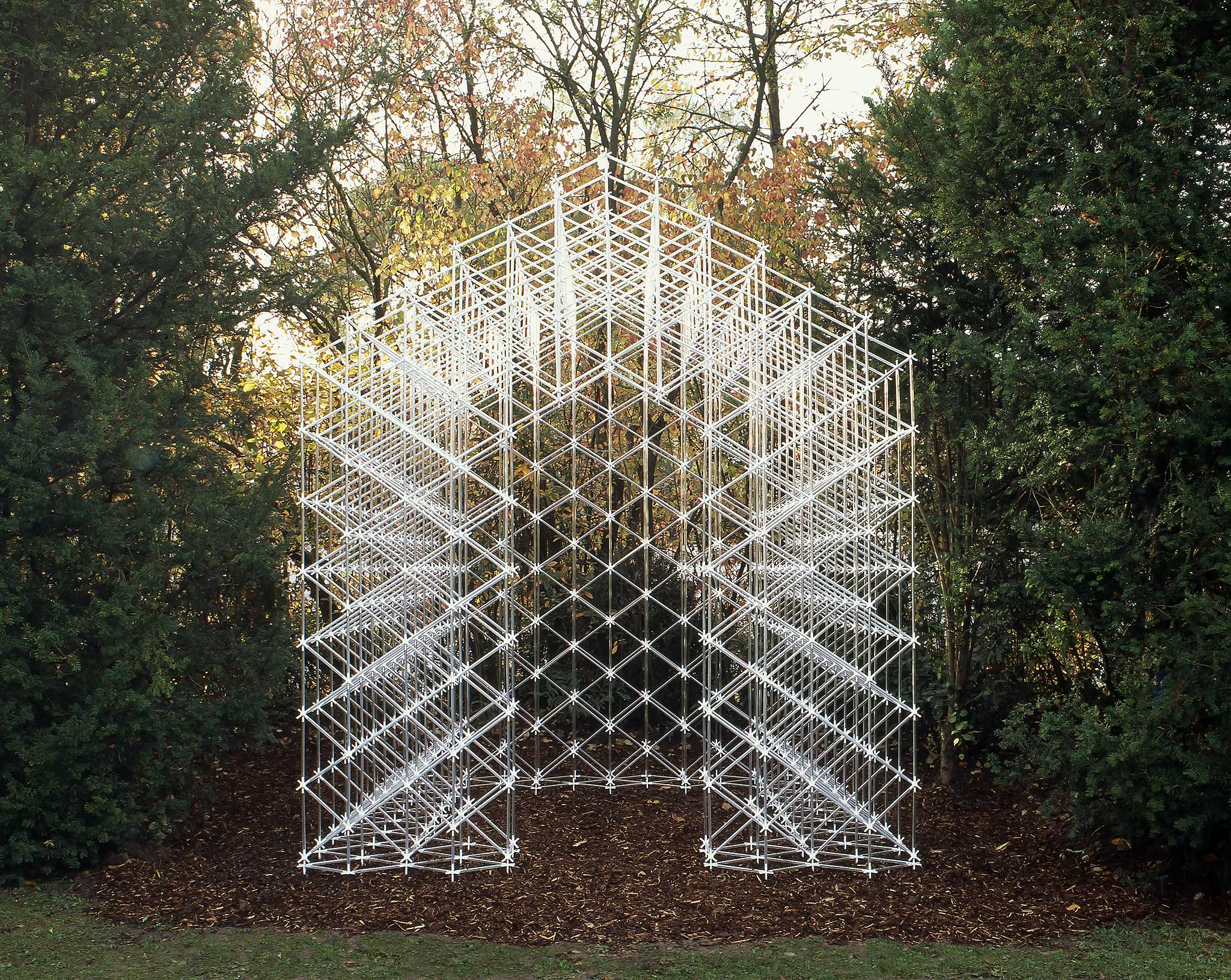 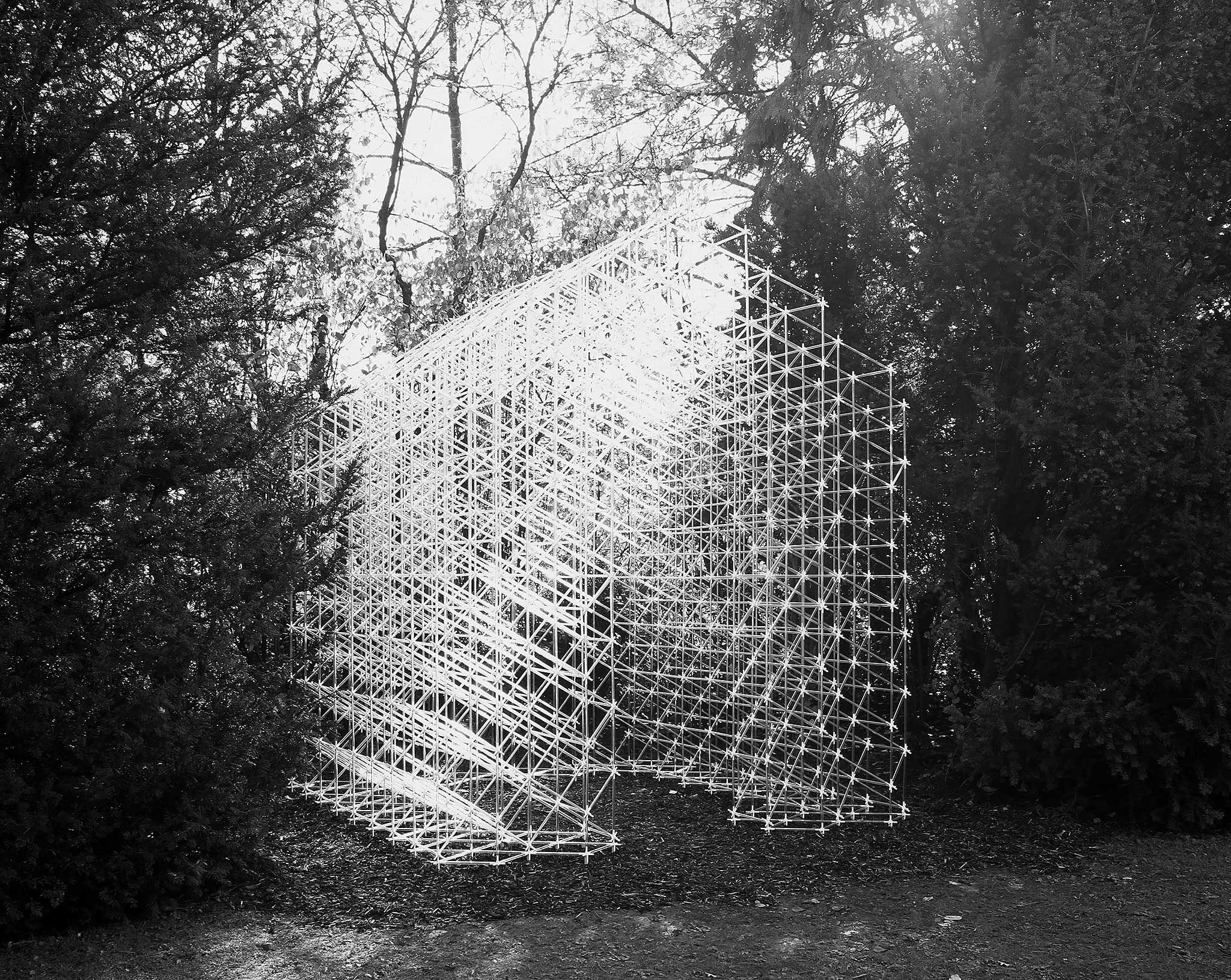 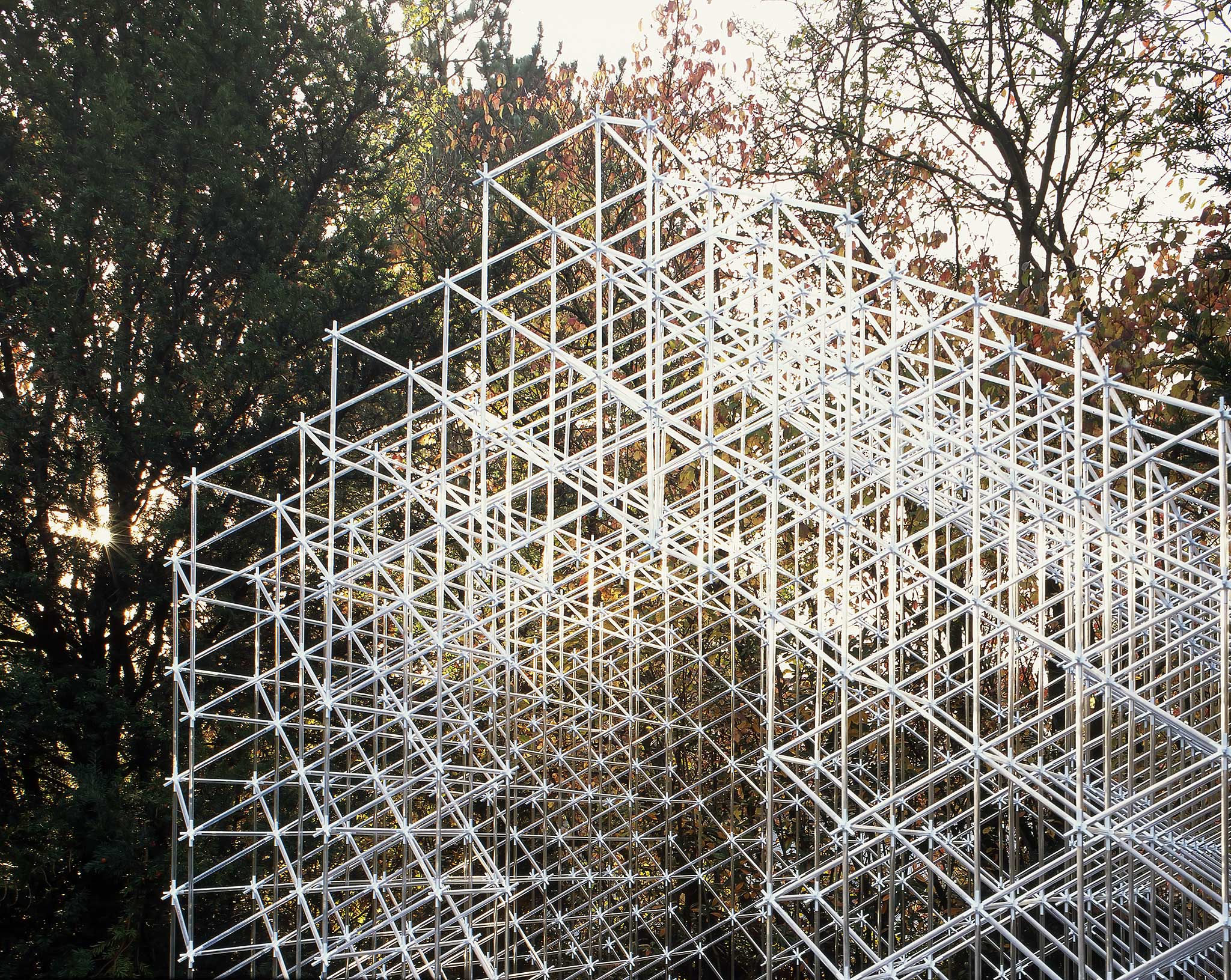 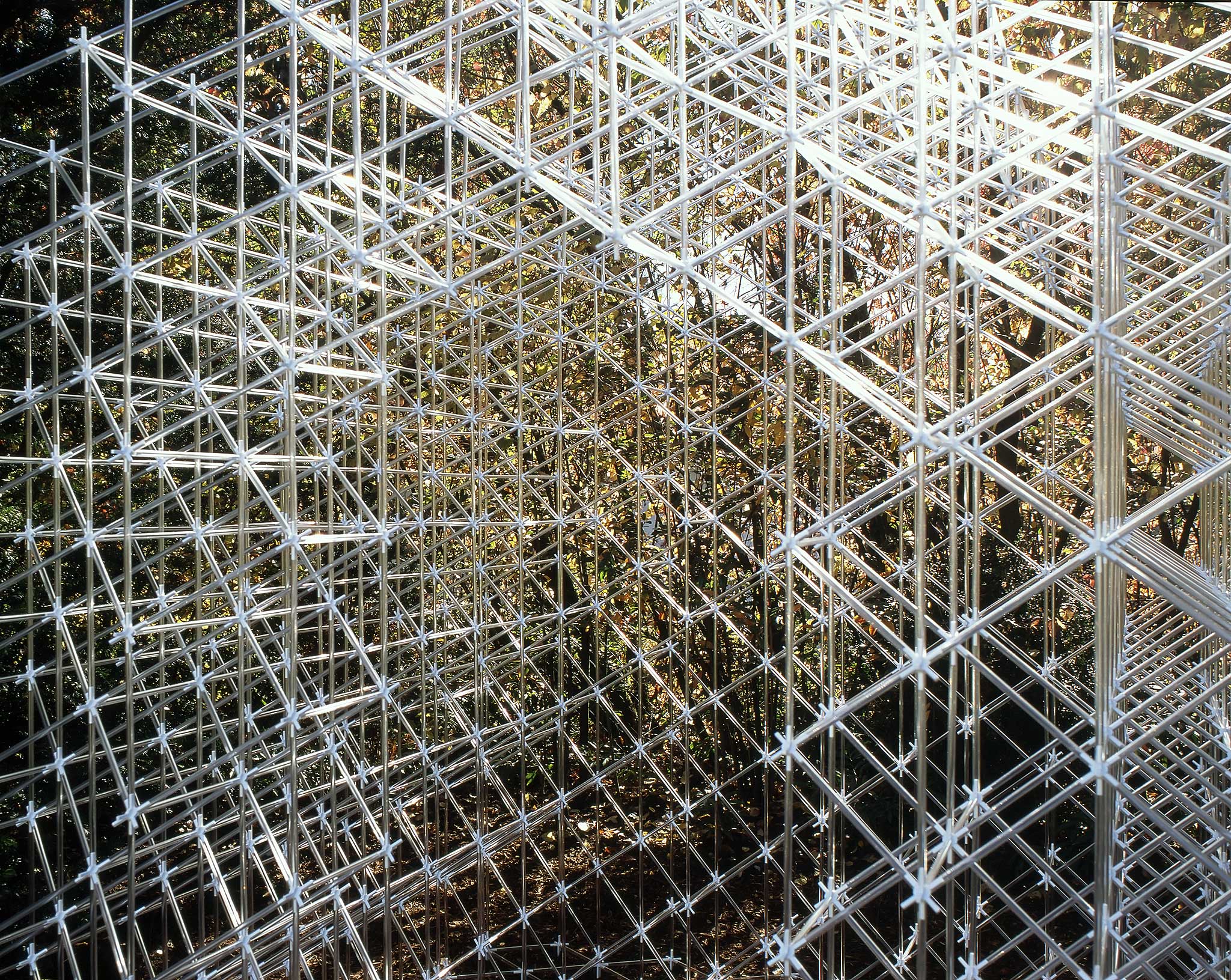 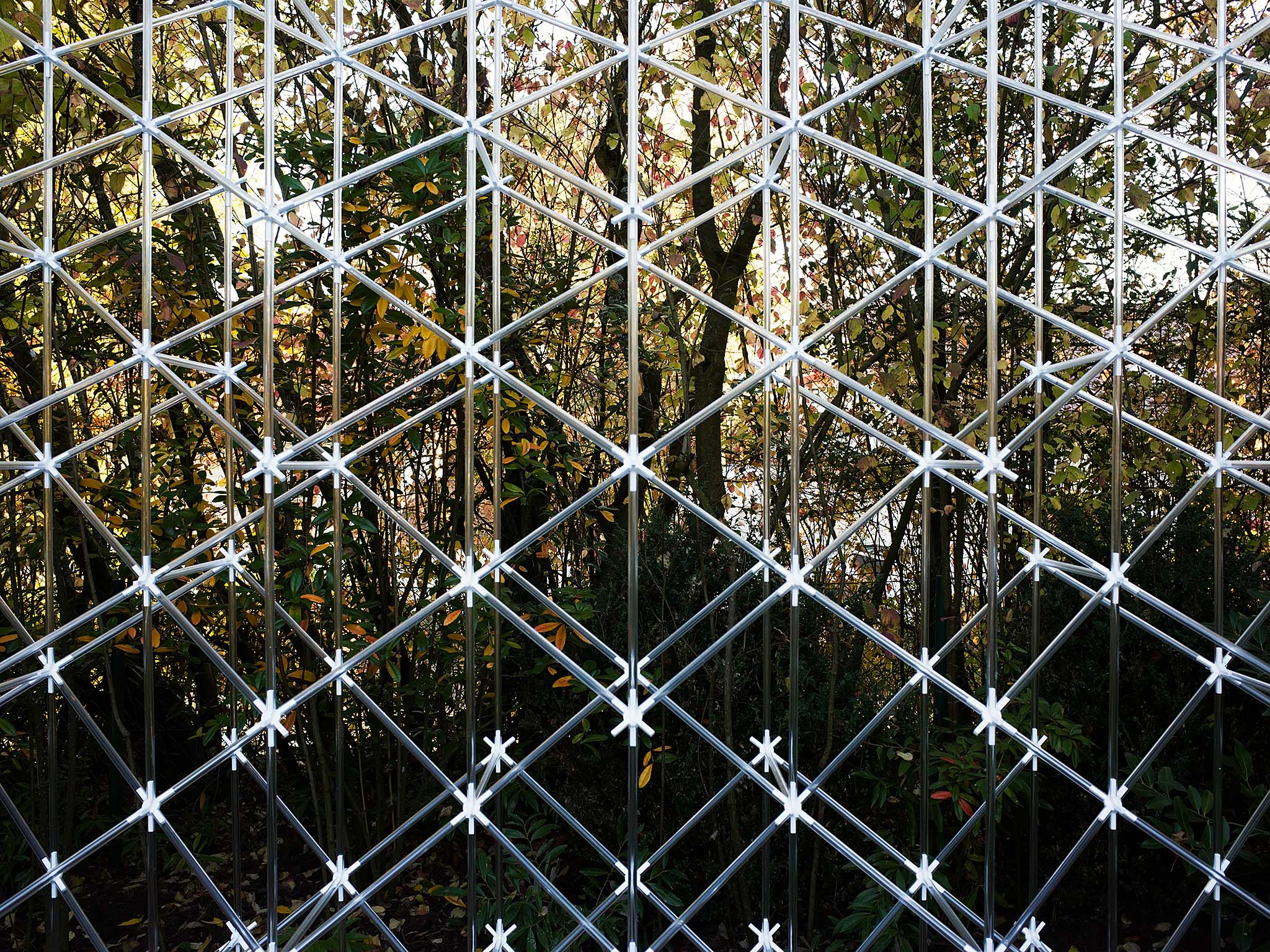 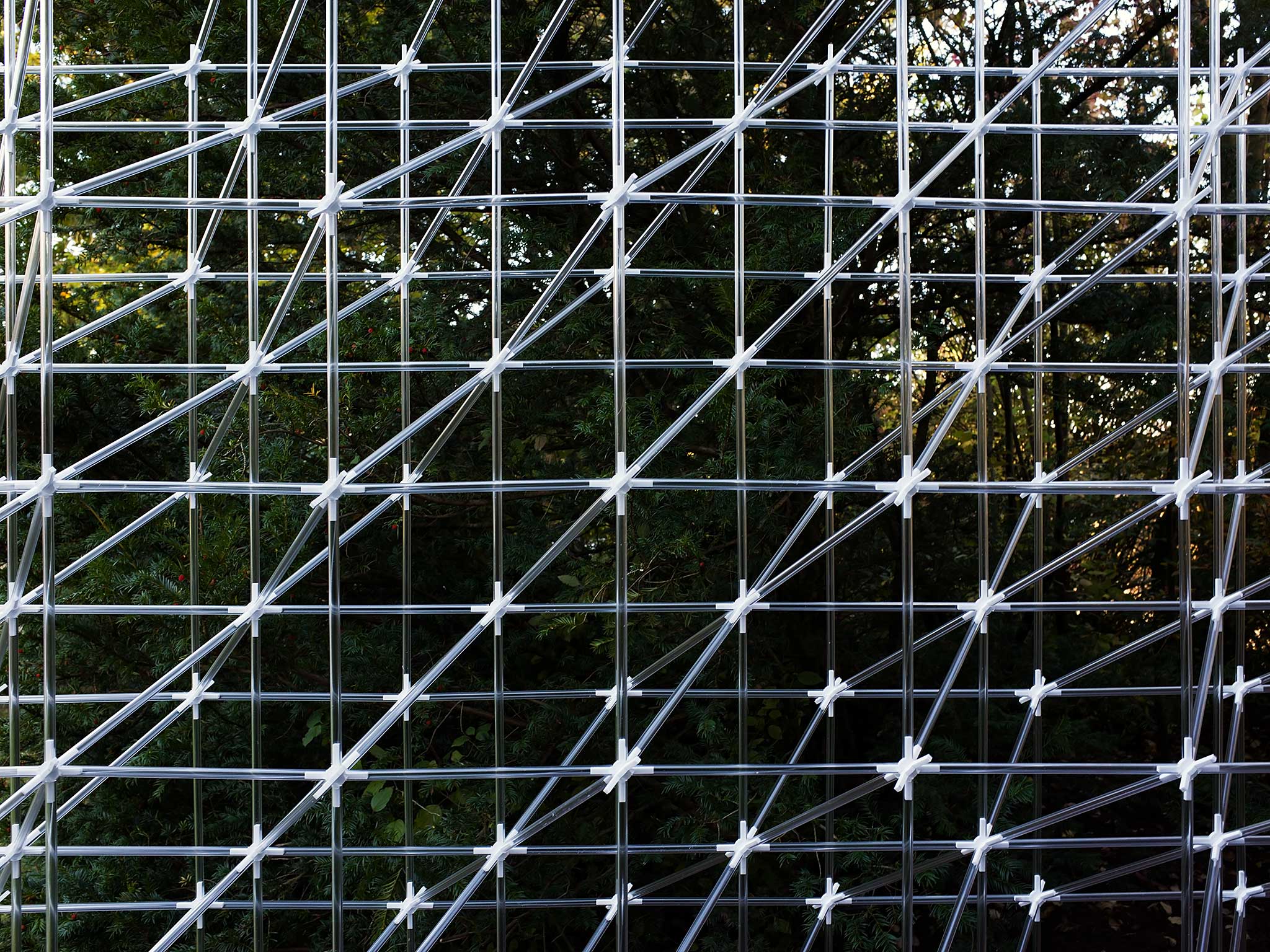 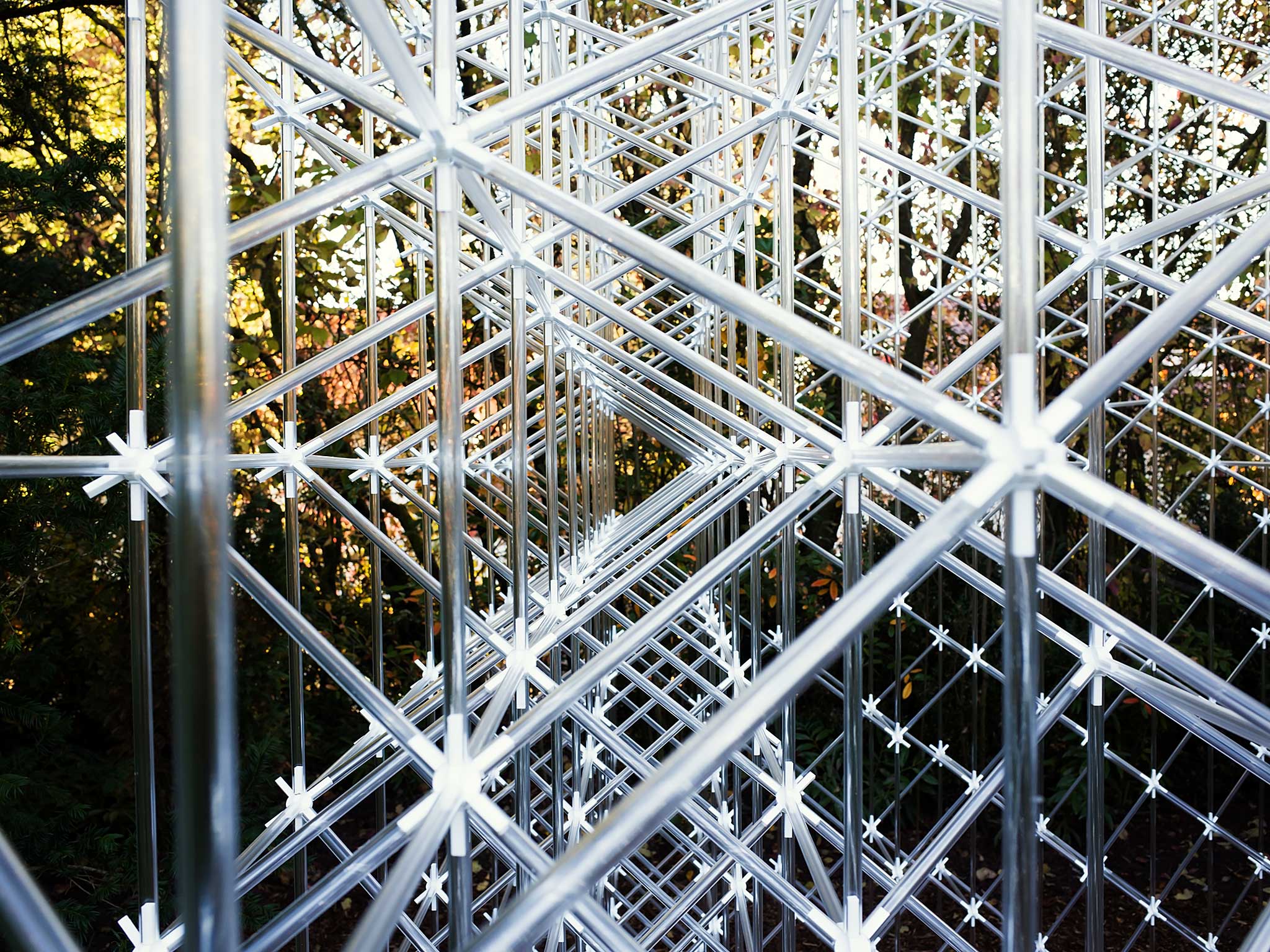 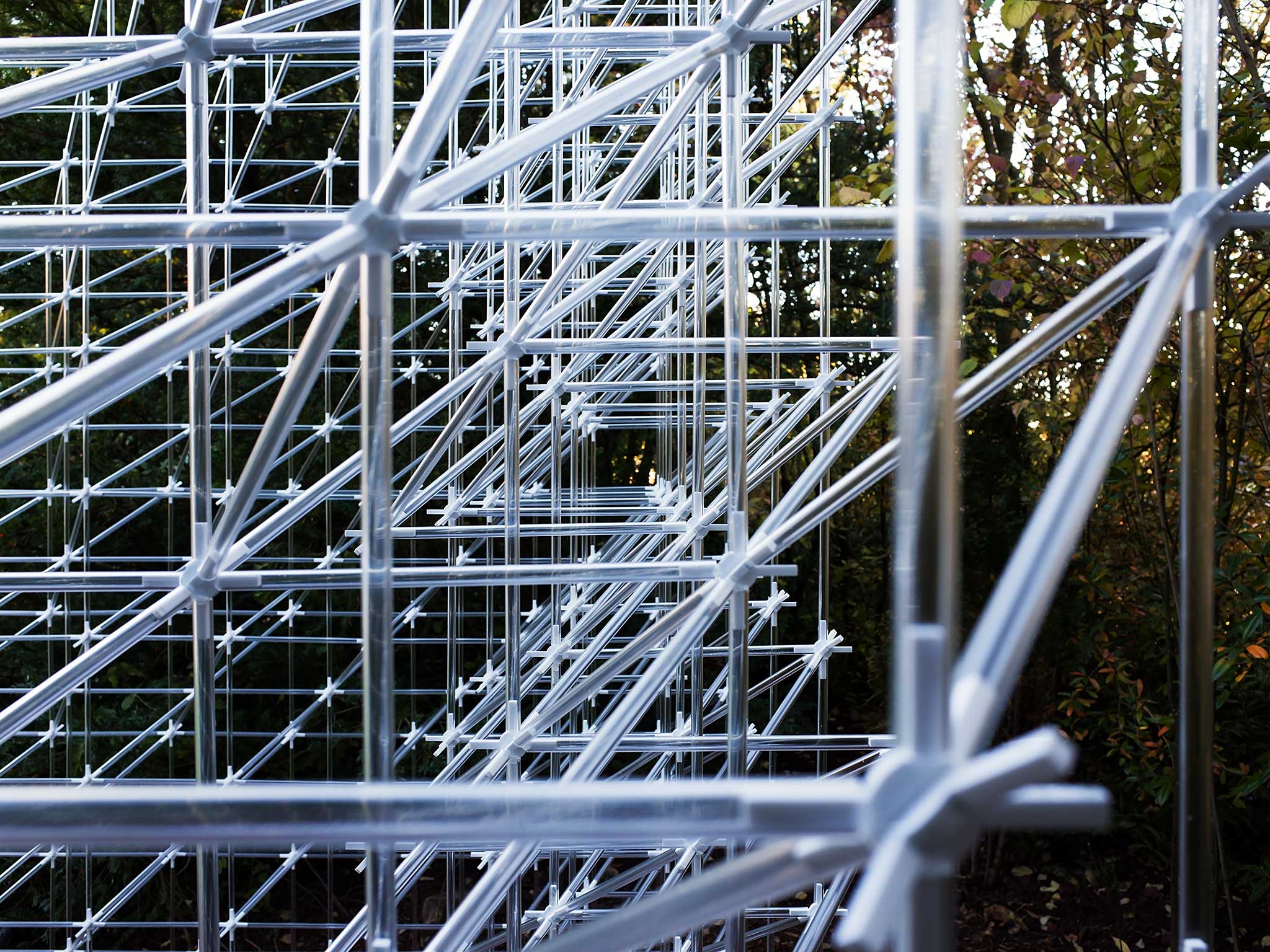 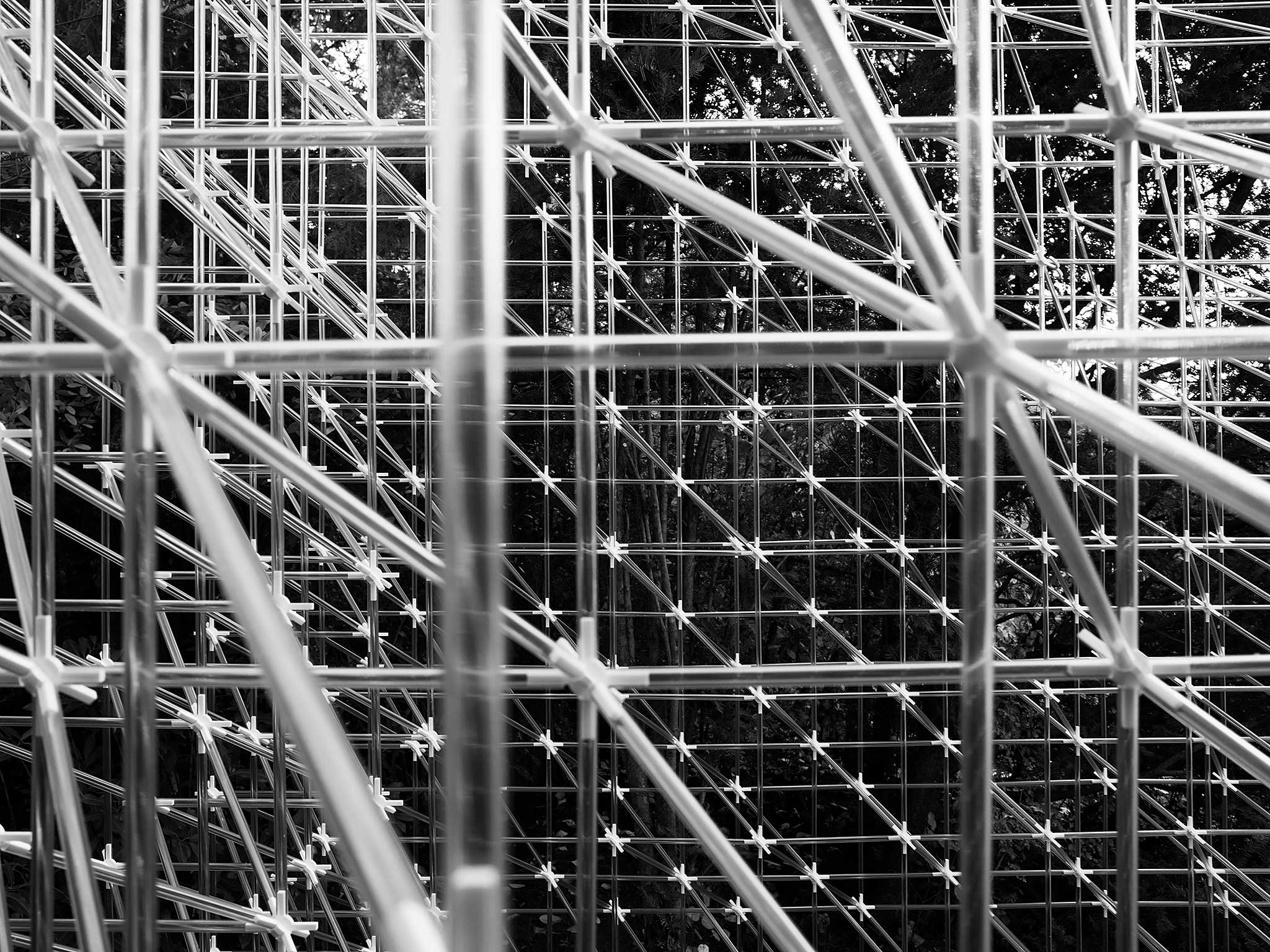 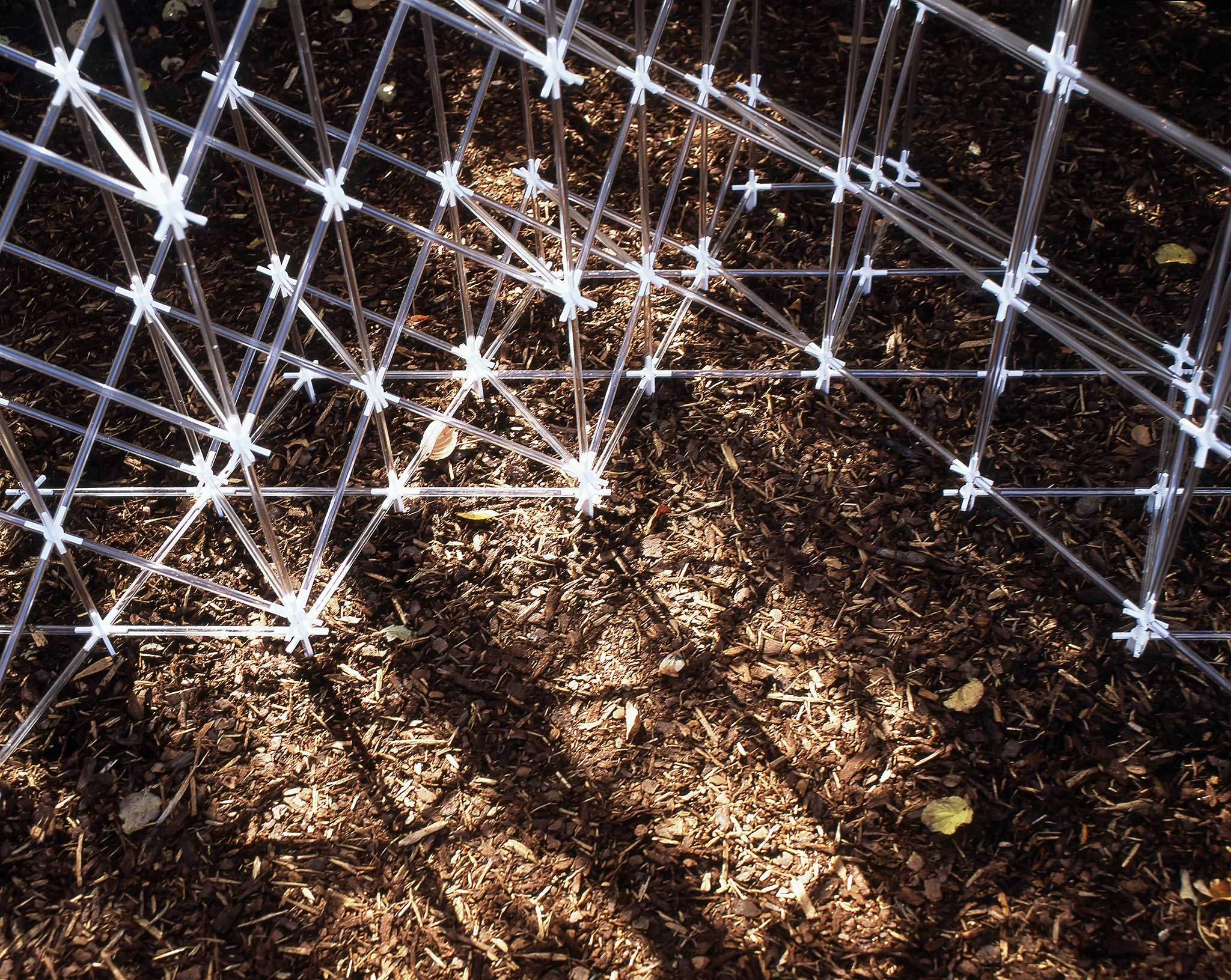 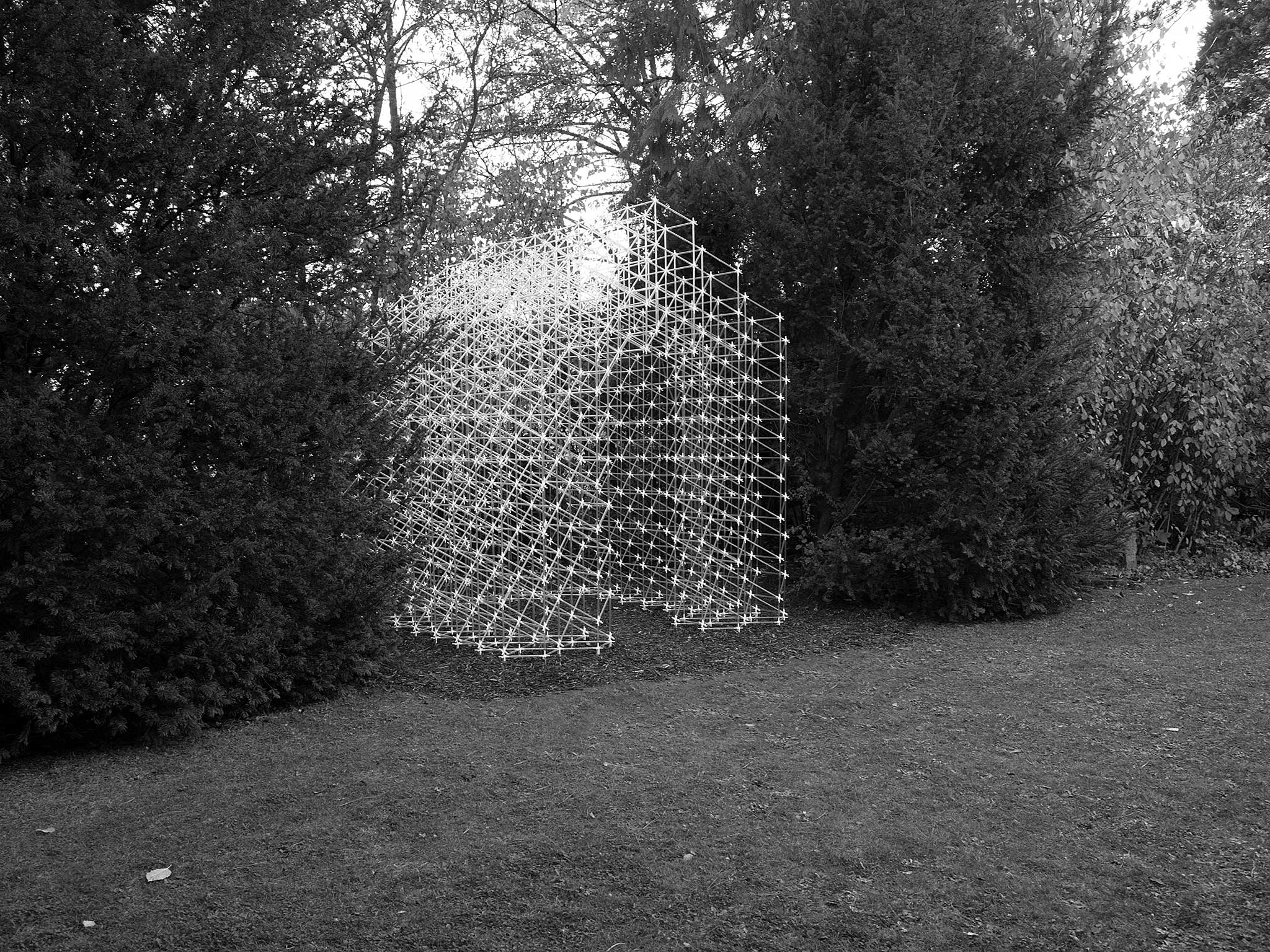 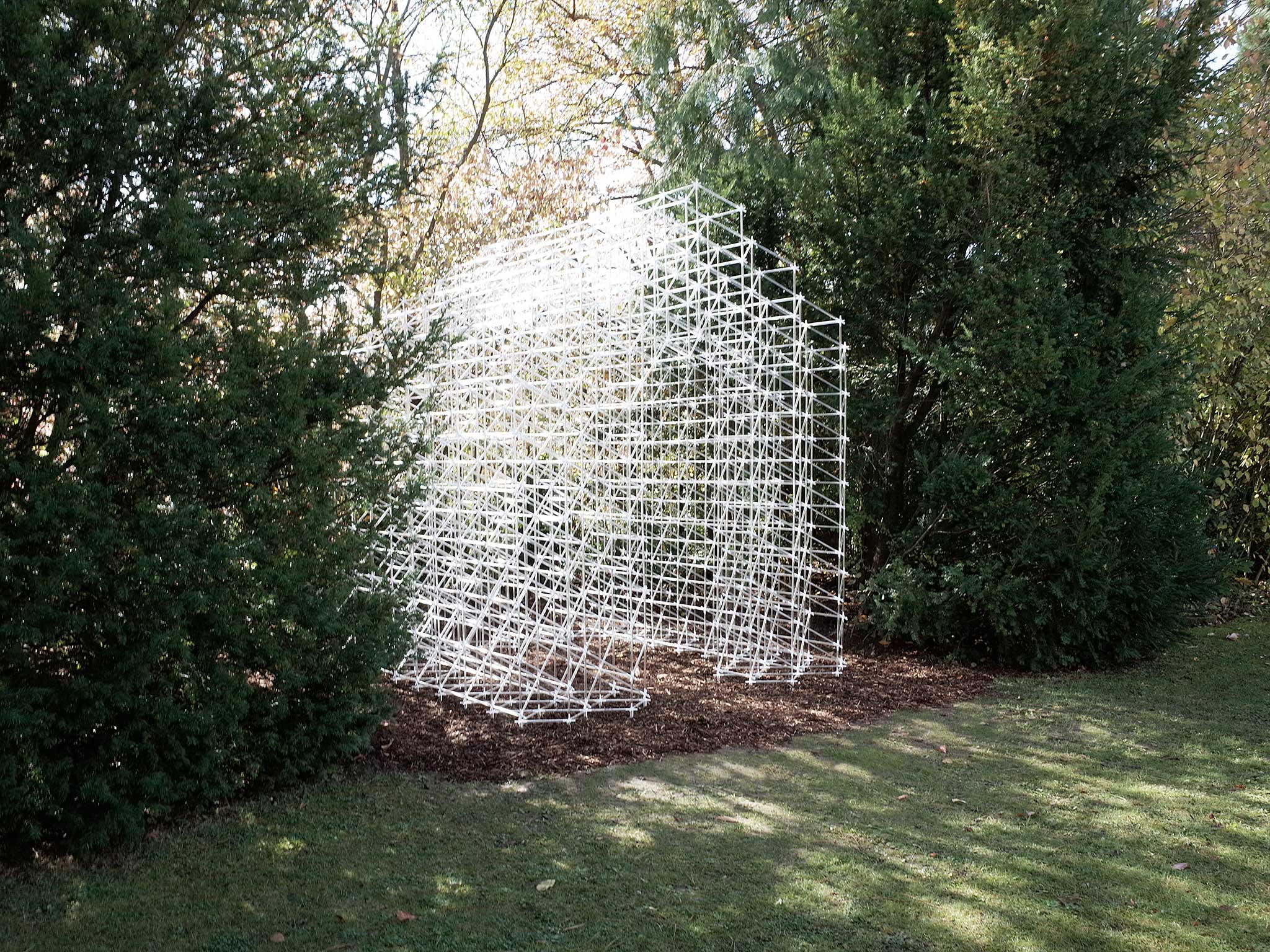 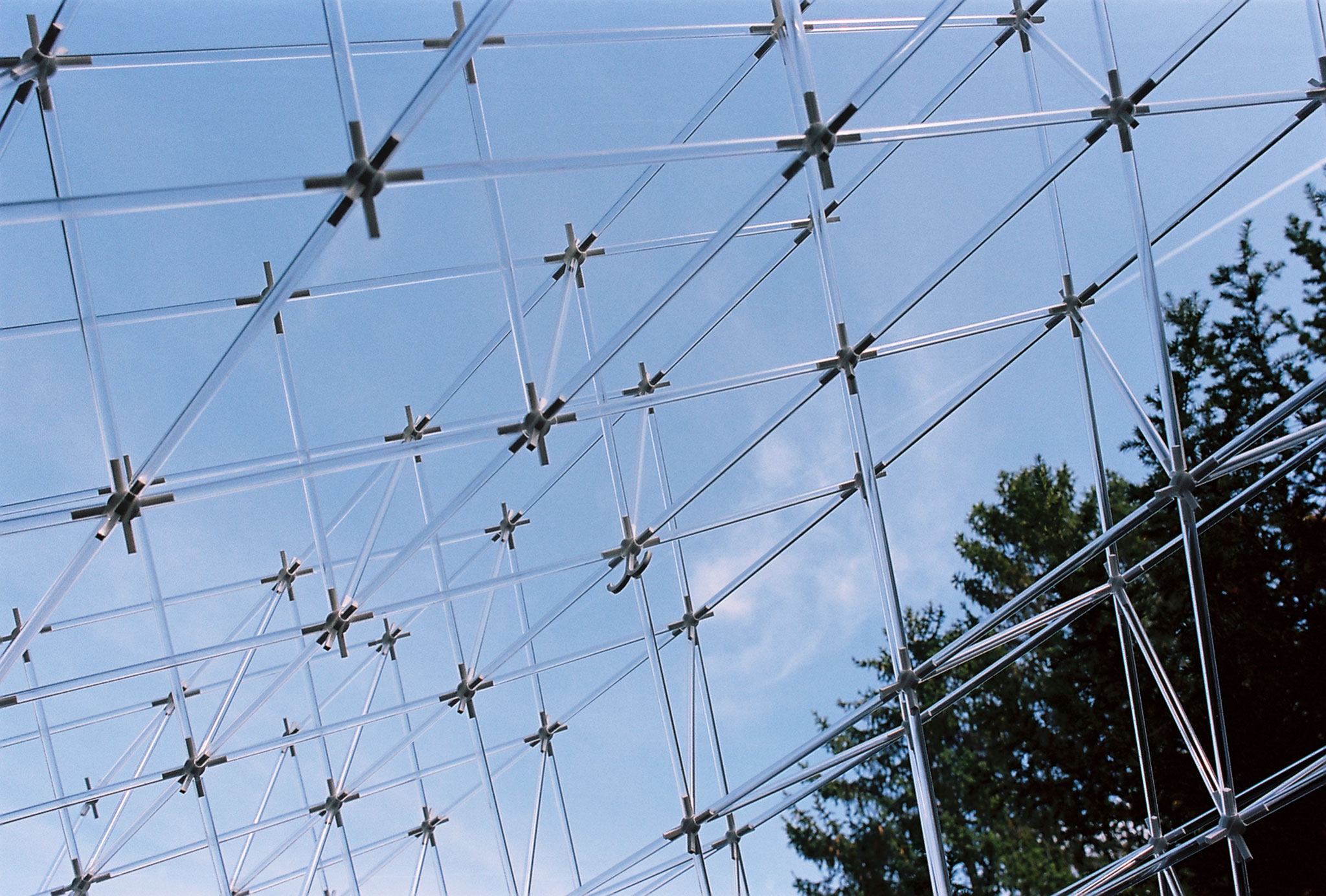 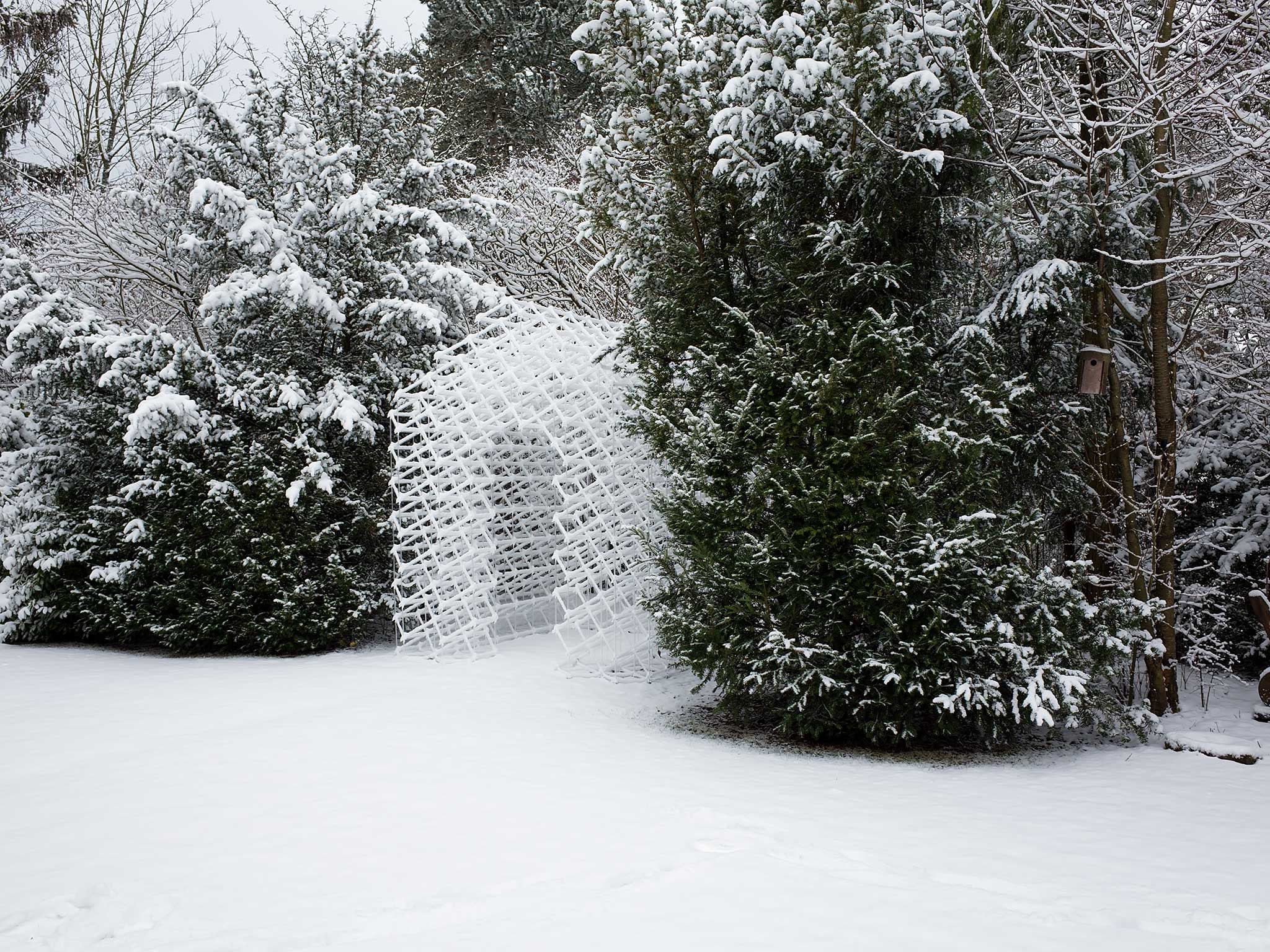 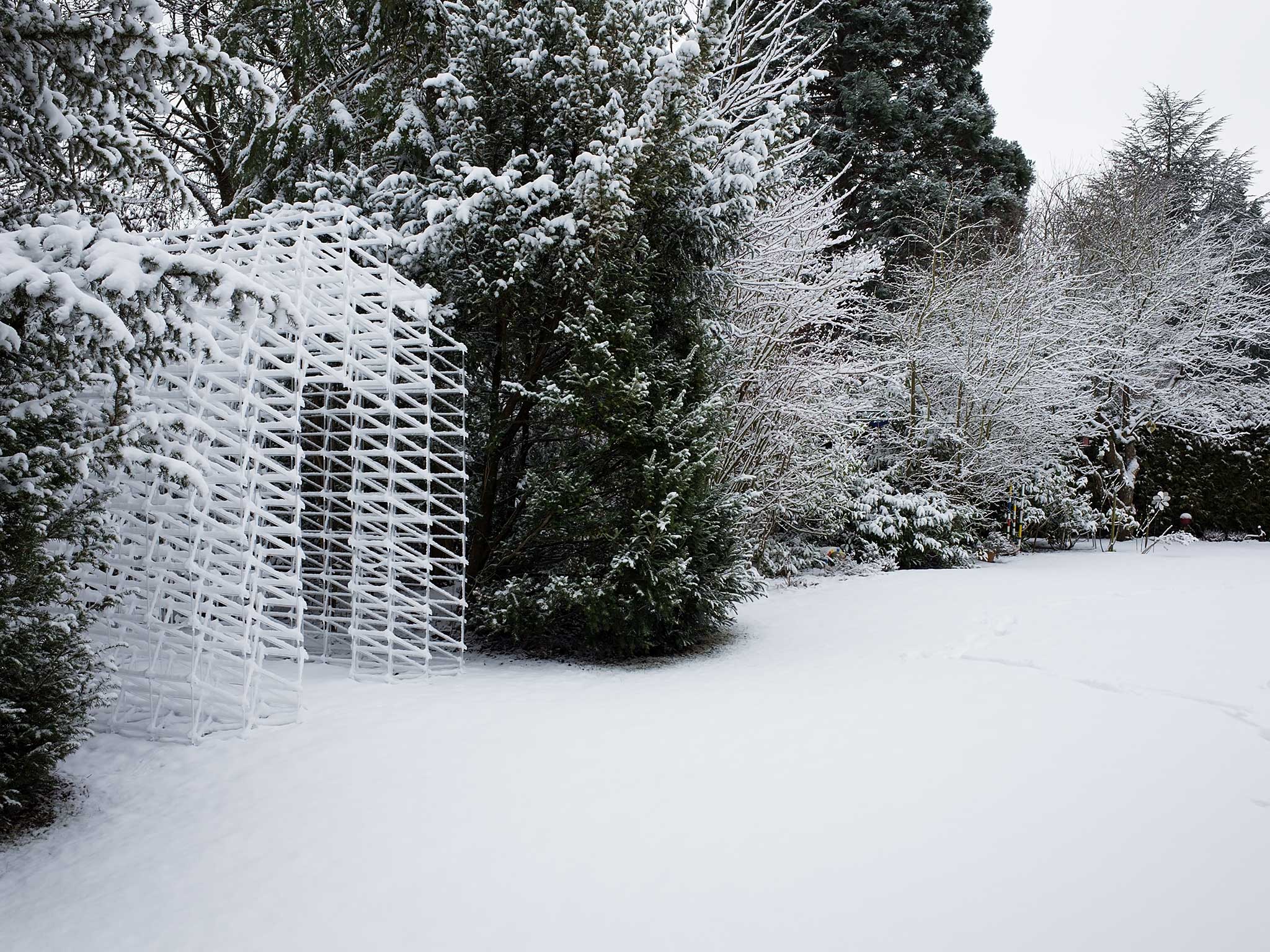 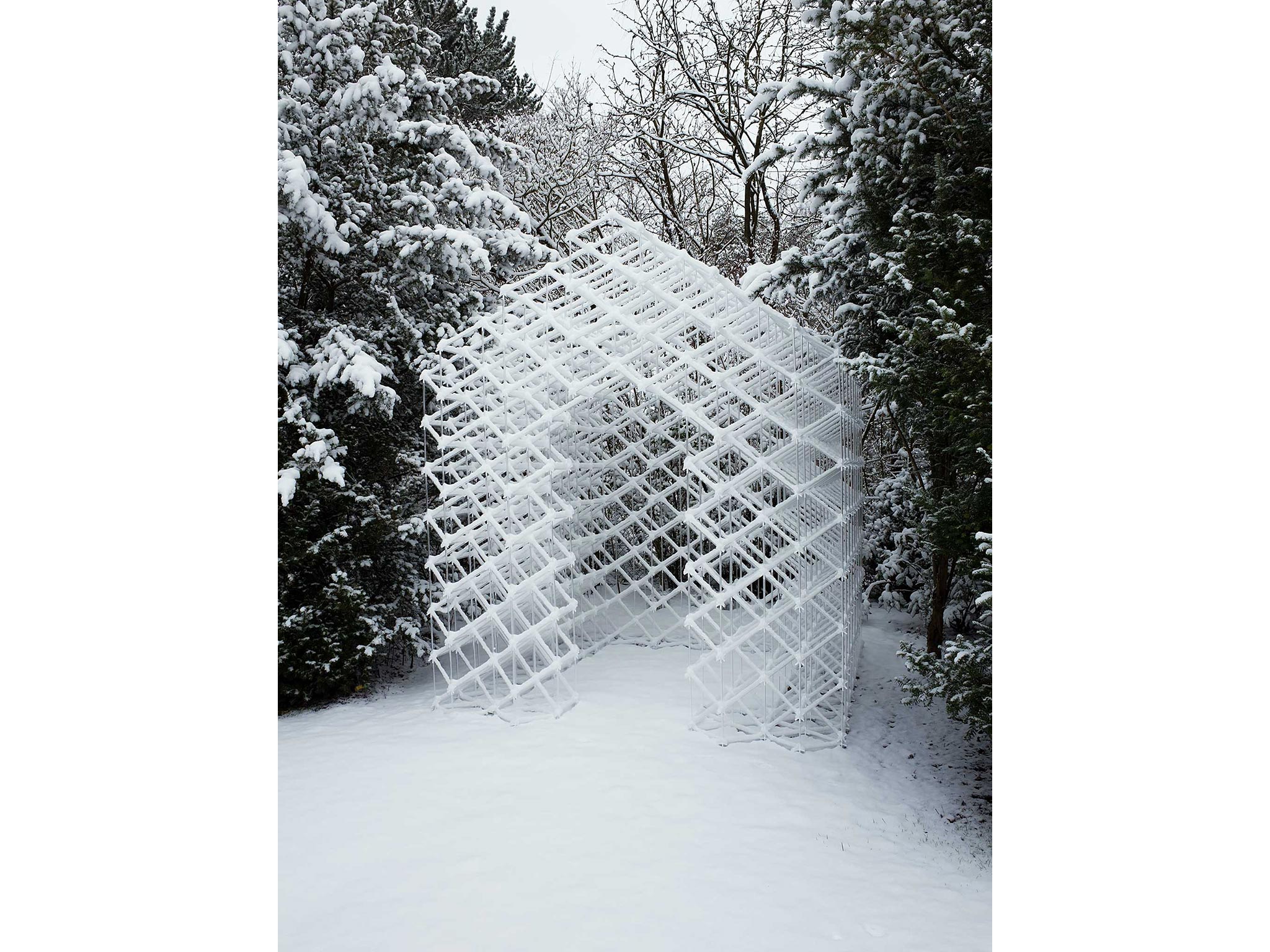 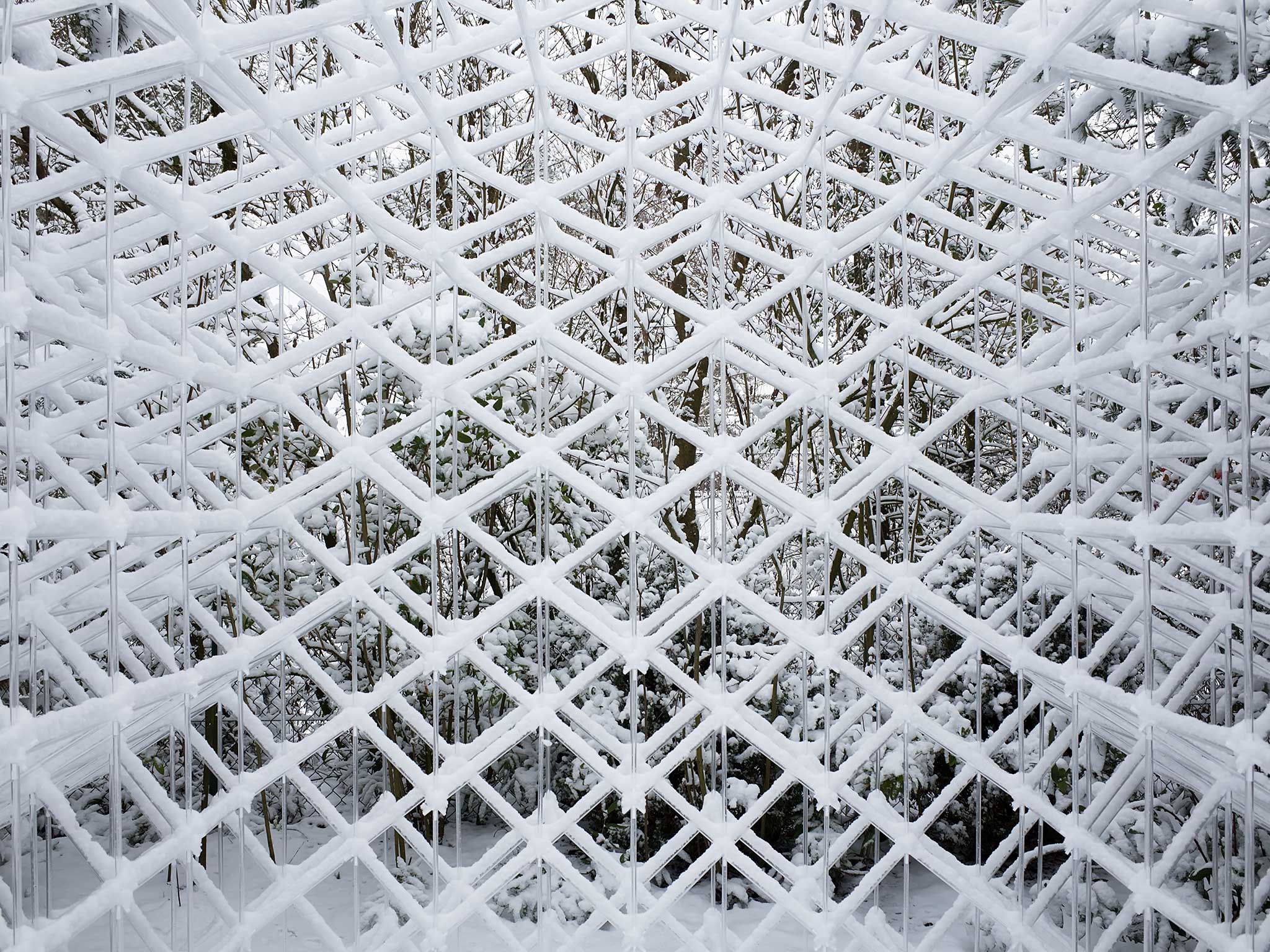 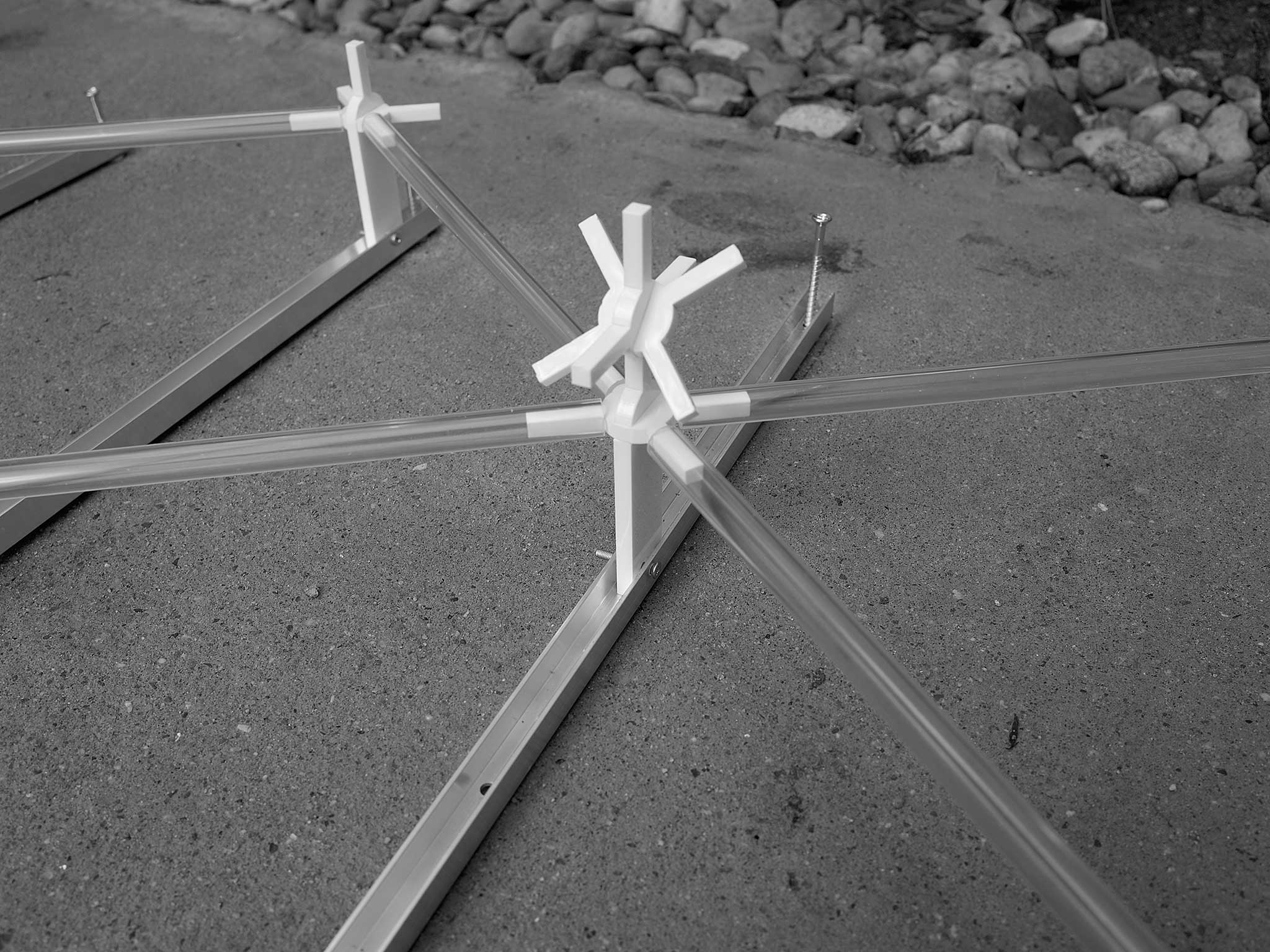 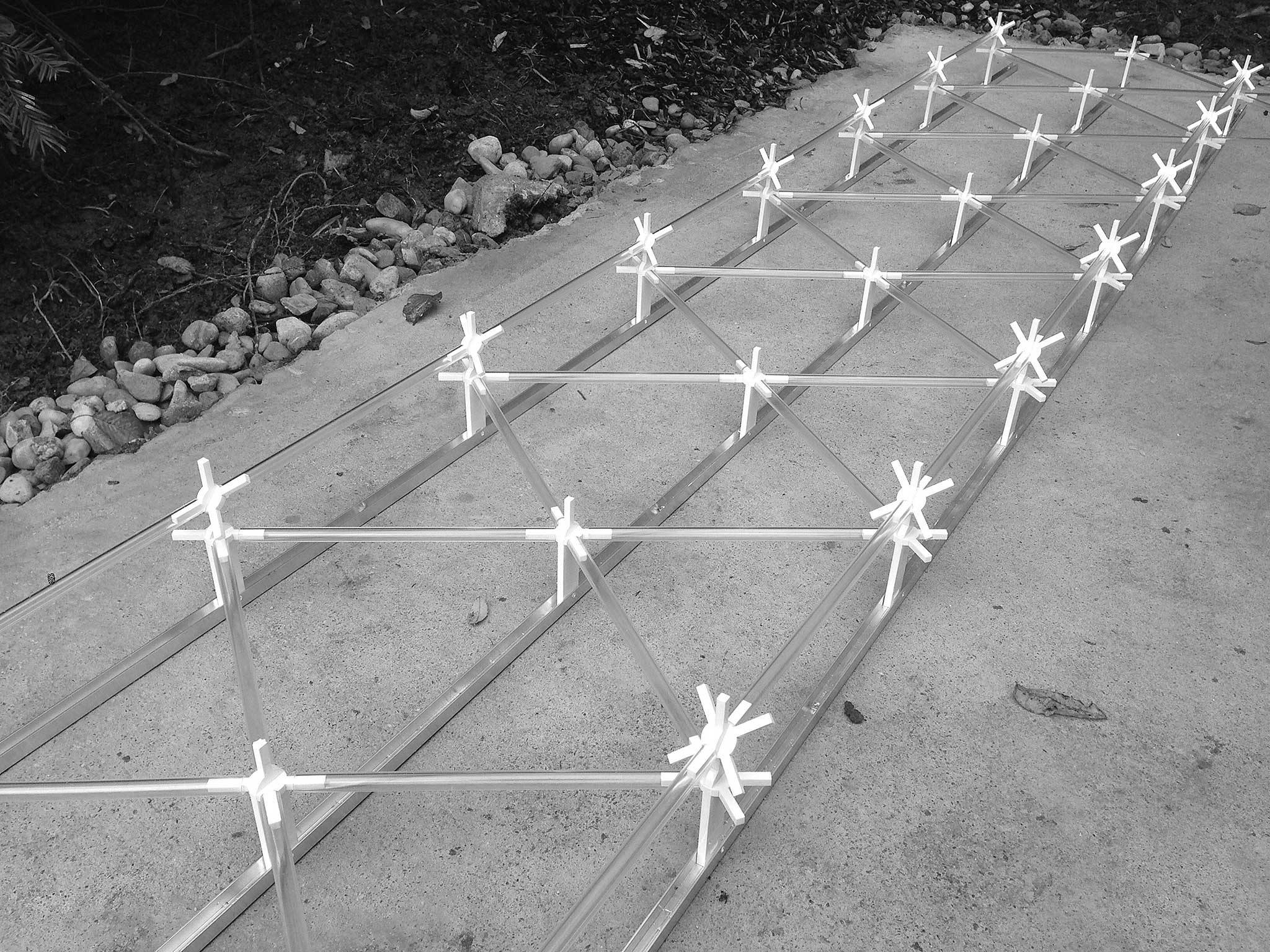 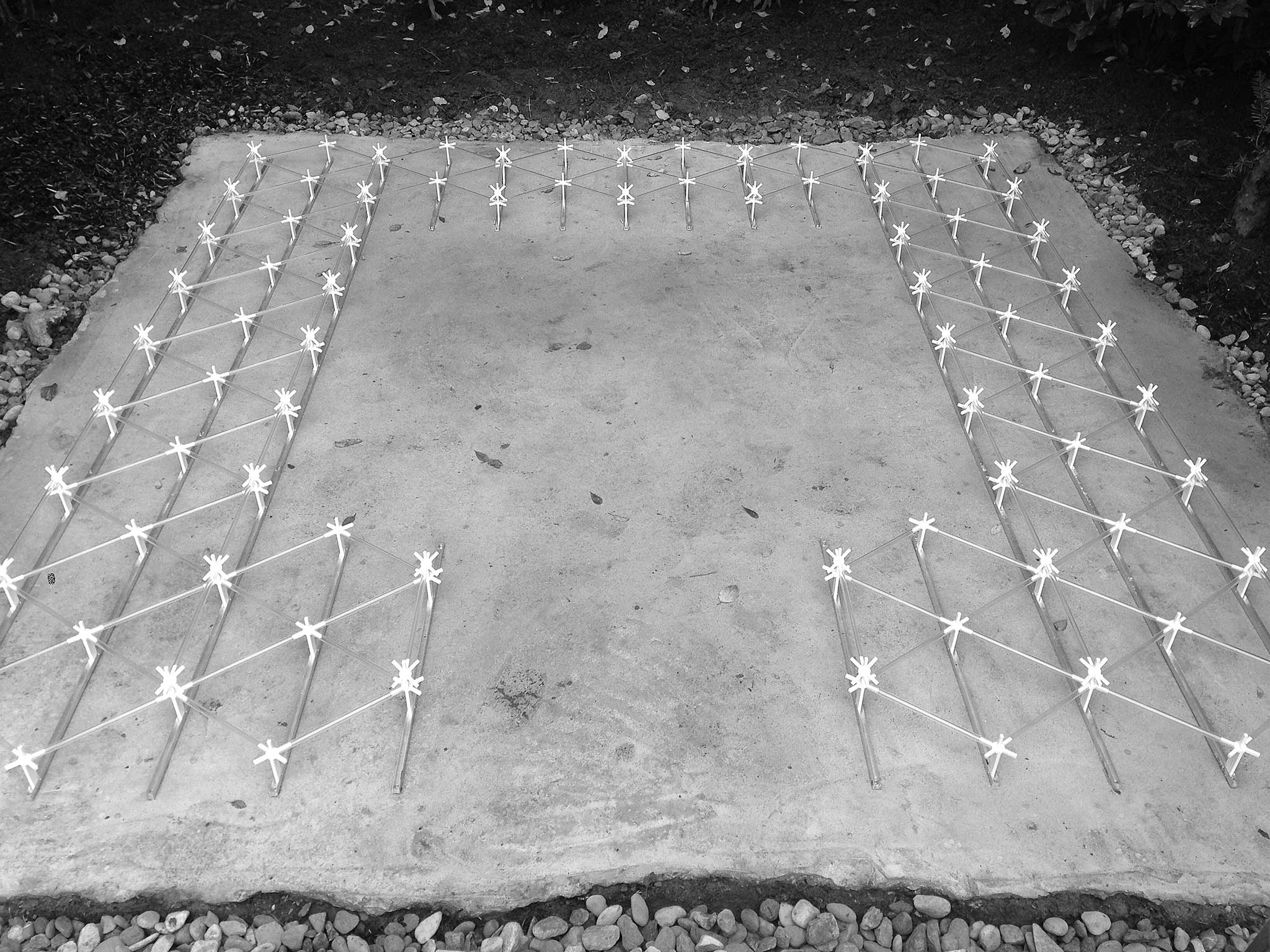 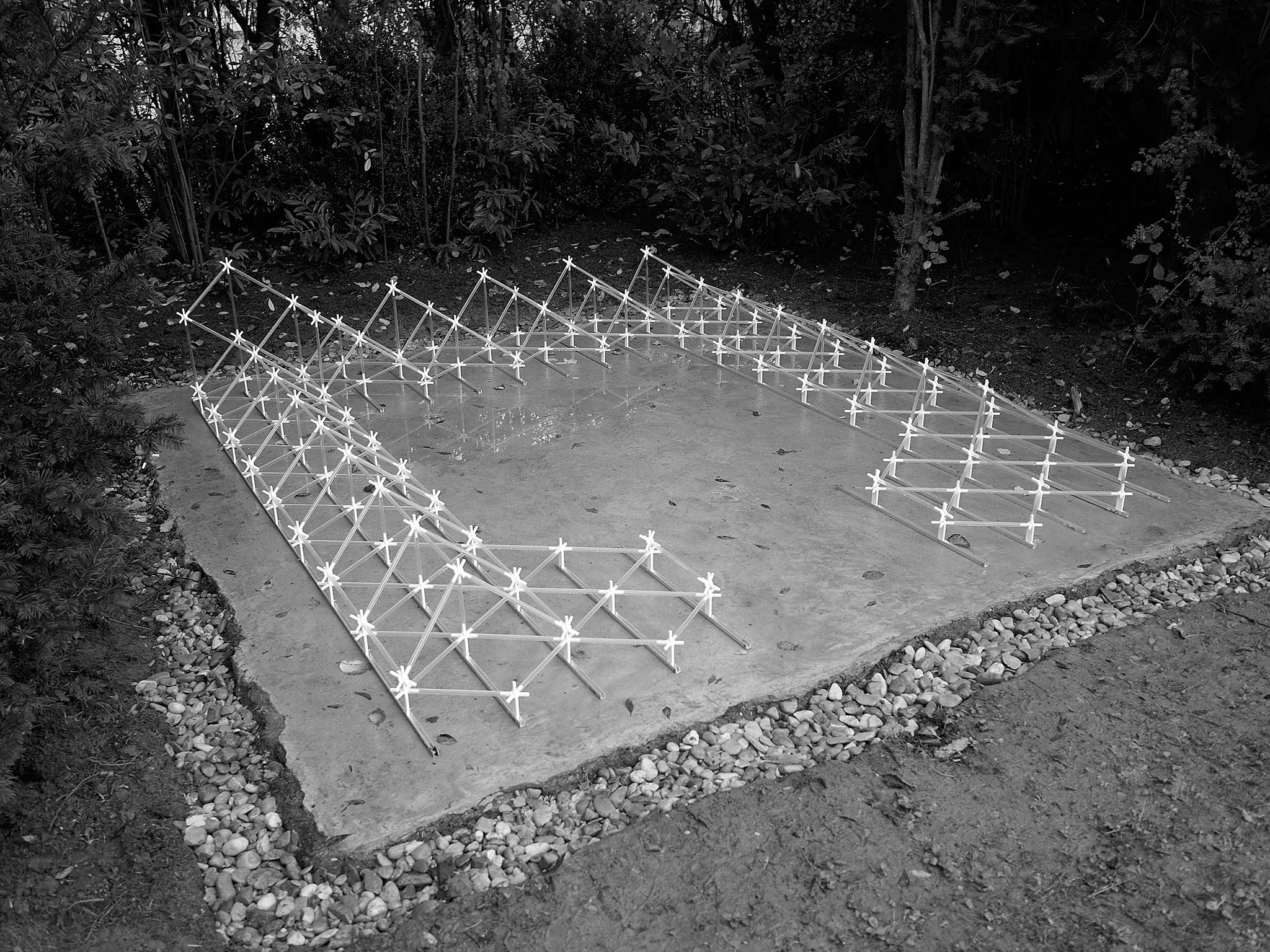 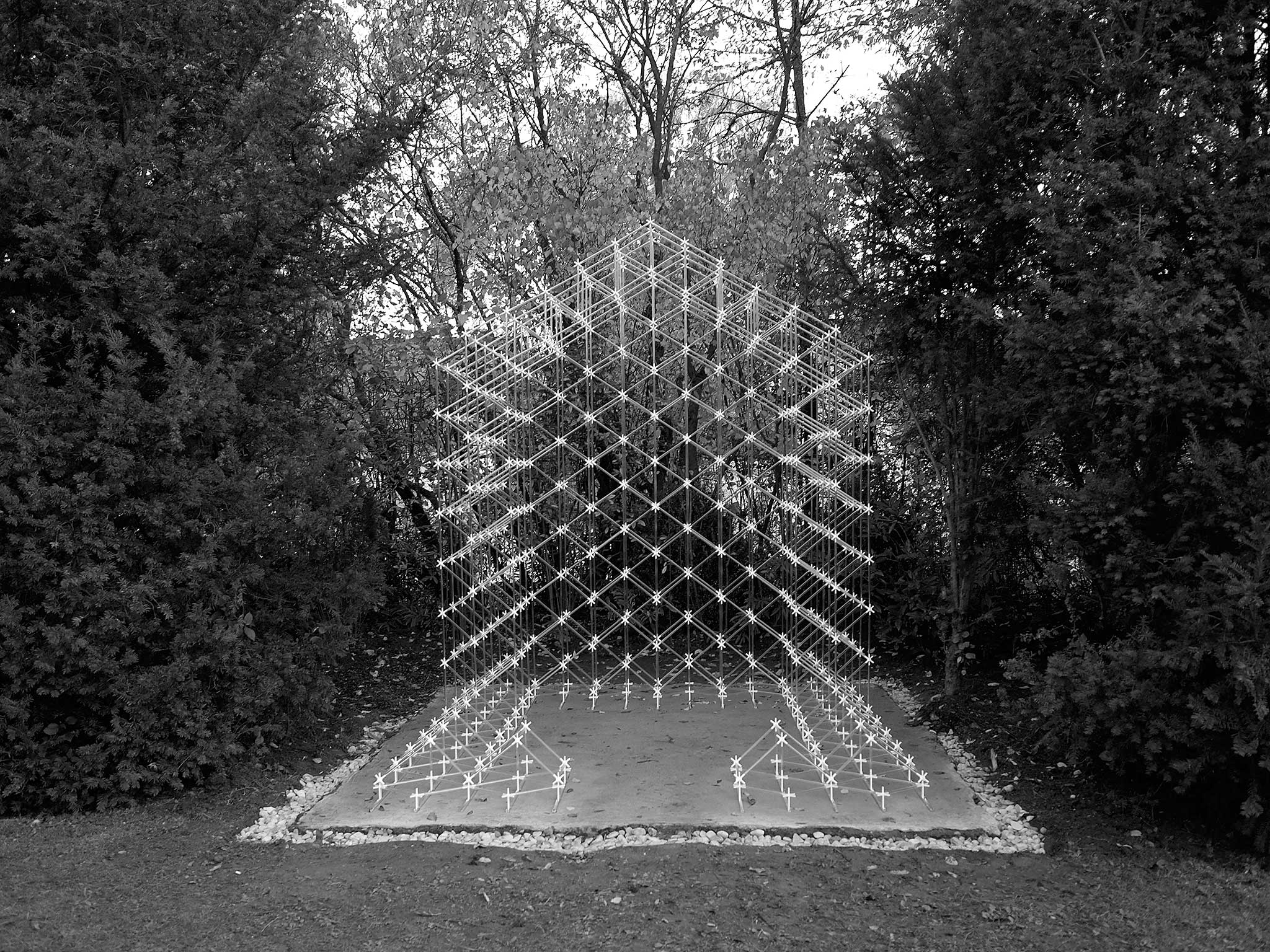 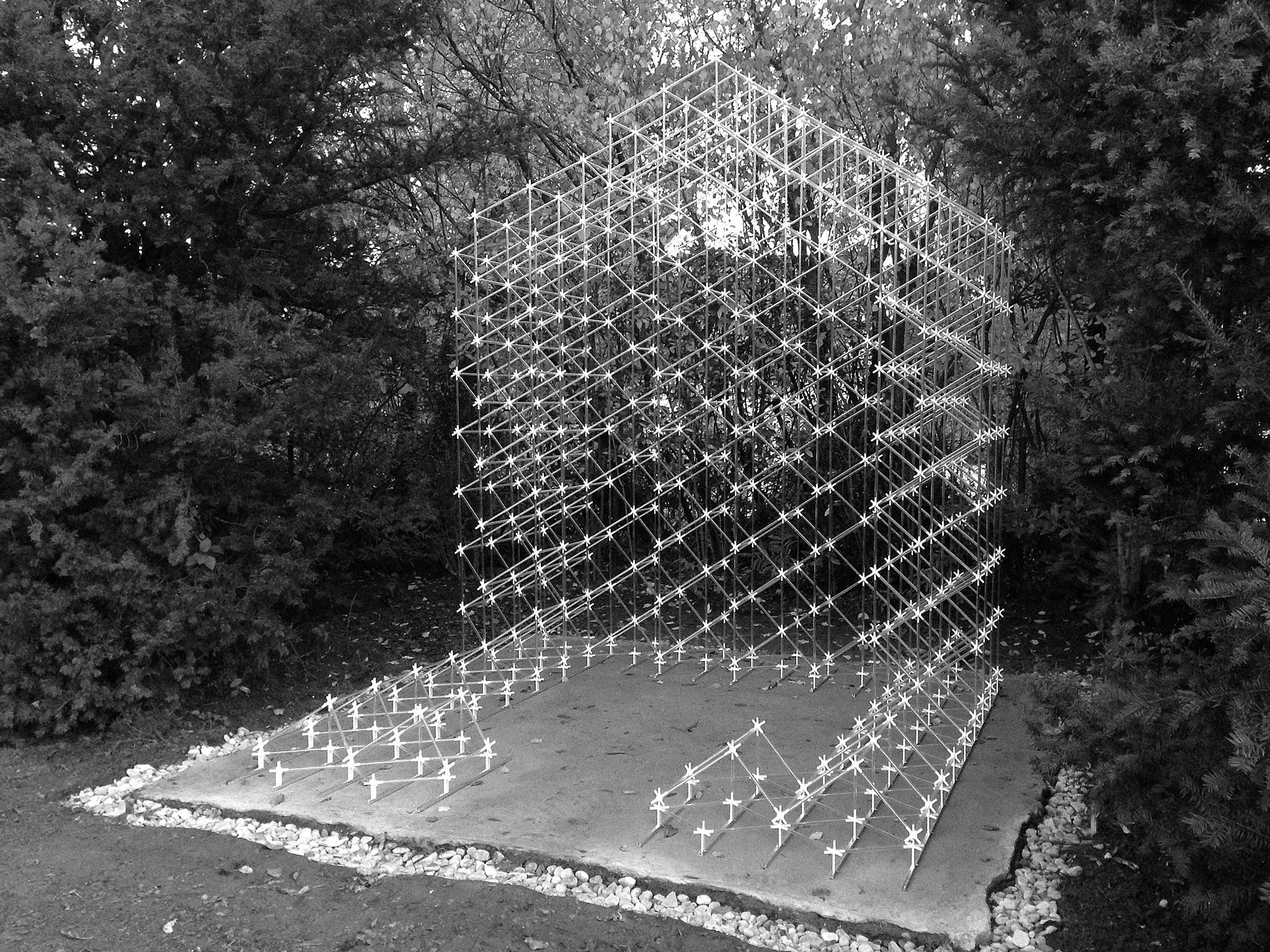 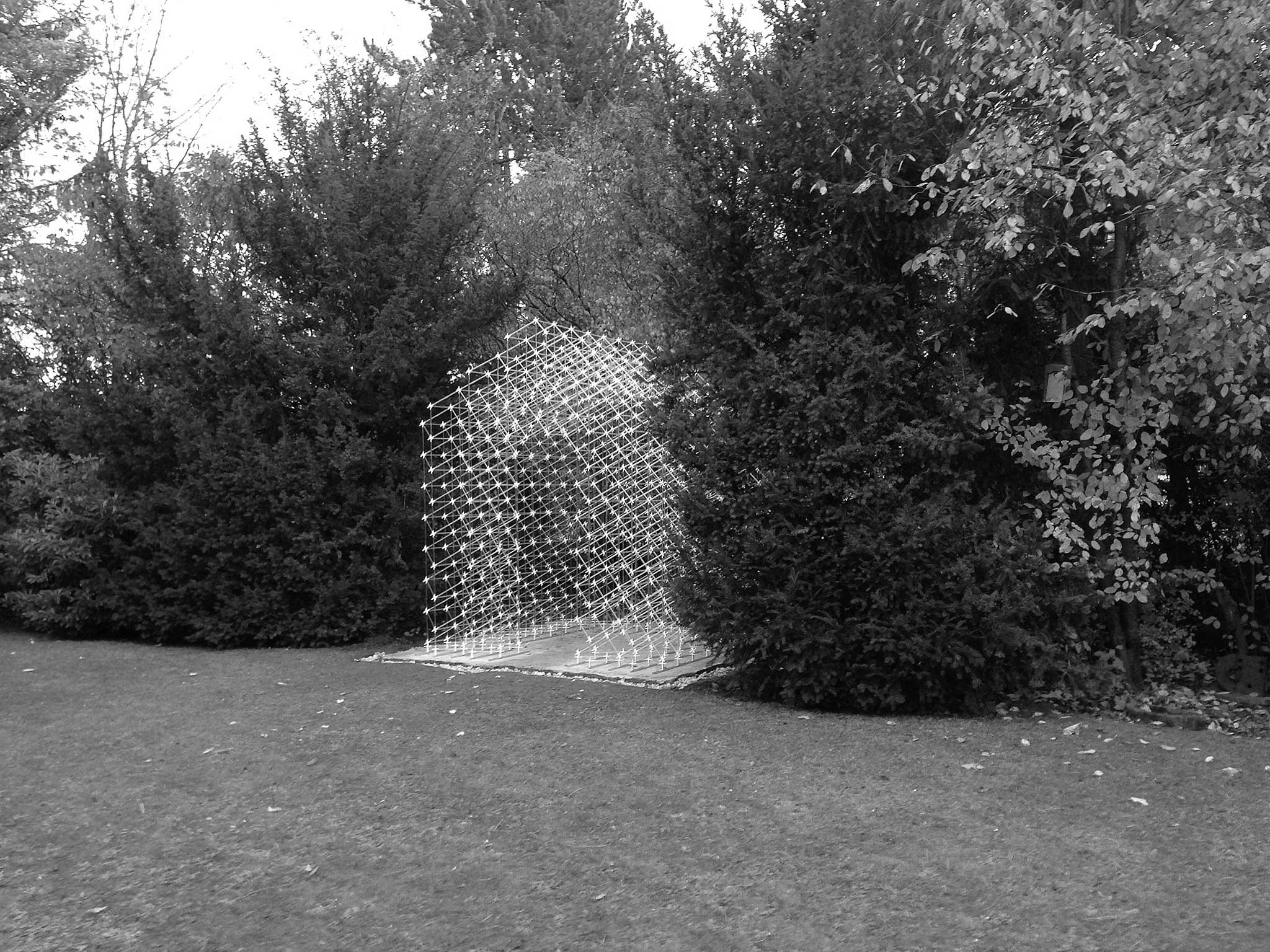 In a private garden in South Germany the felling of an ample tree left a huge gap in the verge overgrown densly with high bushes and trees. For this gap a structure was designed that fills the space without closing it off. In the shape of a classical garden shed the Garden Folly merges well into its dense green surrounding, creating a place to sit in the garden which at the same time is outside but inside.

The volume consists of a grid structure of acrylic tubes that are stuck together with joints developed especially for the project. Two two-dimensional cross-shaped acrylic parts are interlocked to create the simple three-dimensional joints. While the tubes are transparent, the joints are lasered from white acrylic, strengthening the impression of the white, star-like joints depending on the light situation. The volume of the Garden Folly then seems to consist of a hovering cloud of points.

If the sun light is strong, the acrylic tubes glow in the sun and emphasize the bars of the grid. Depending on the view point the impression of this rational geometric structure oscillates between clearly structured or randomly arranged. Thus the Garden Folly unites contrary characteristics: the contained space of a the archetype of a house and the open, flowing space, mass and lightness, outside and inside, structure and randomness, clearness and ambiguity, the conventional and the conceptual.