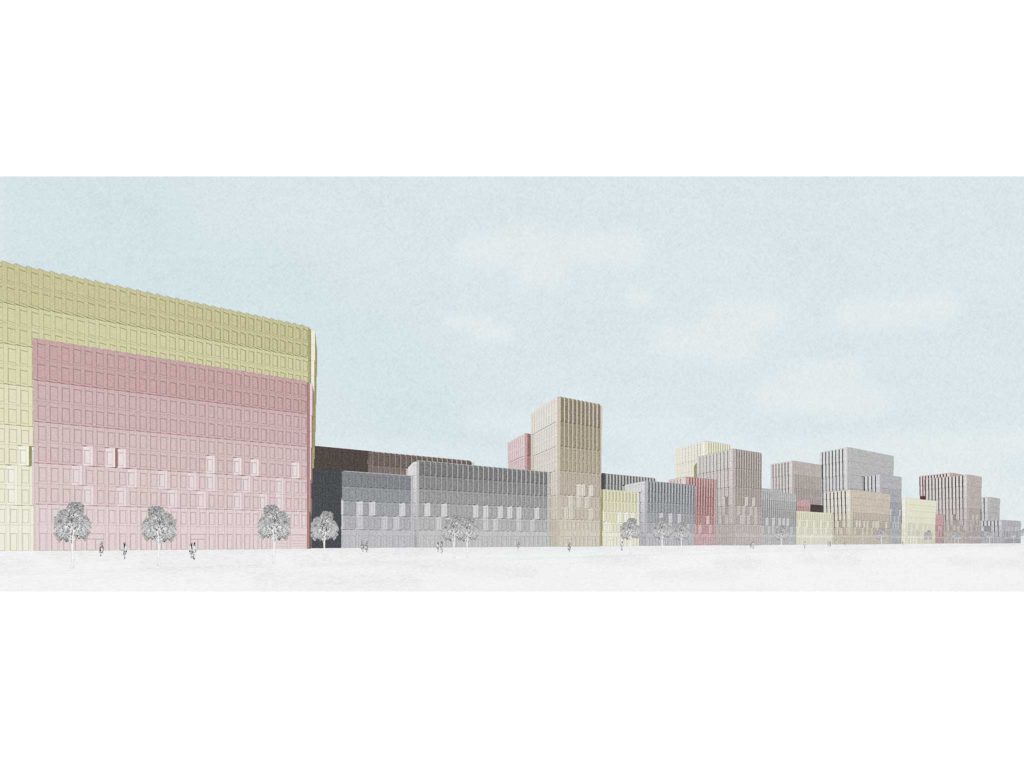 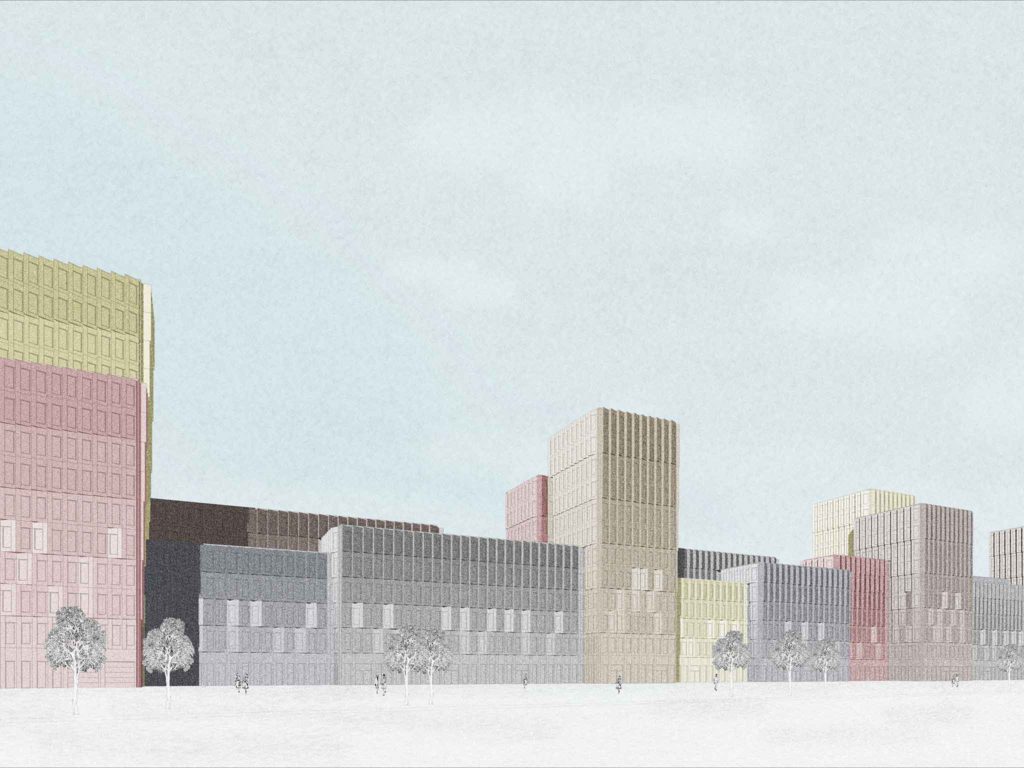 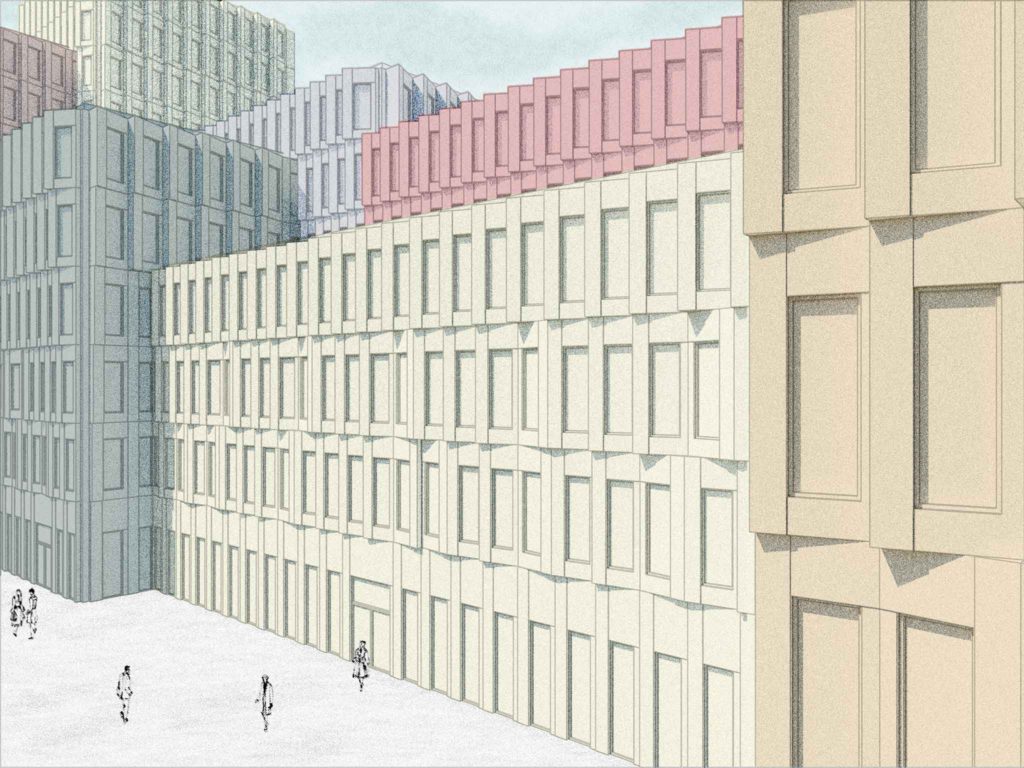 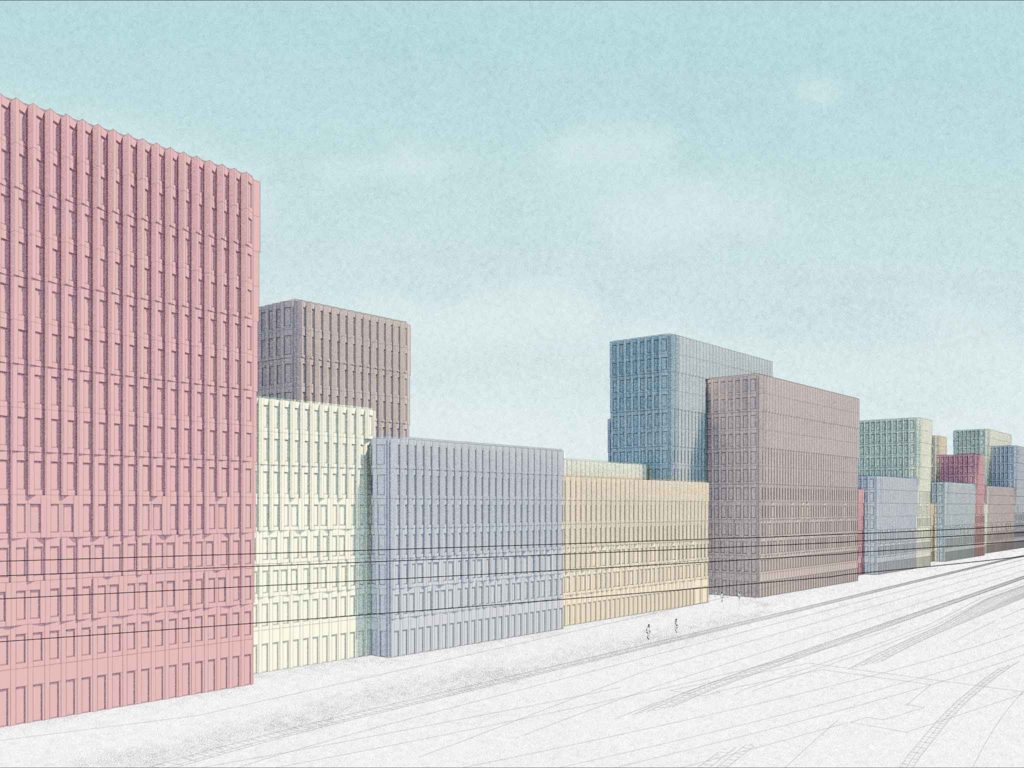 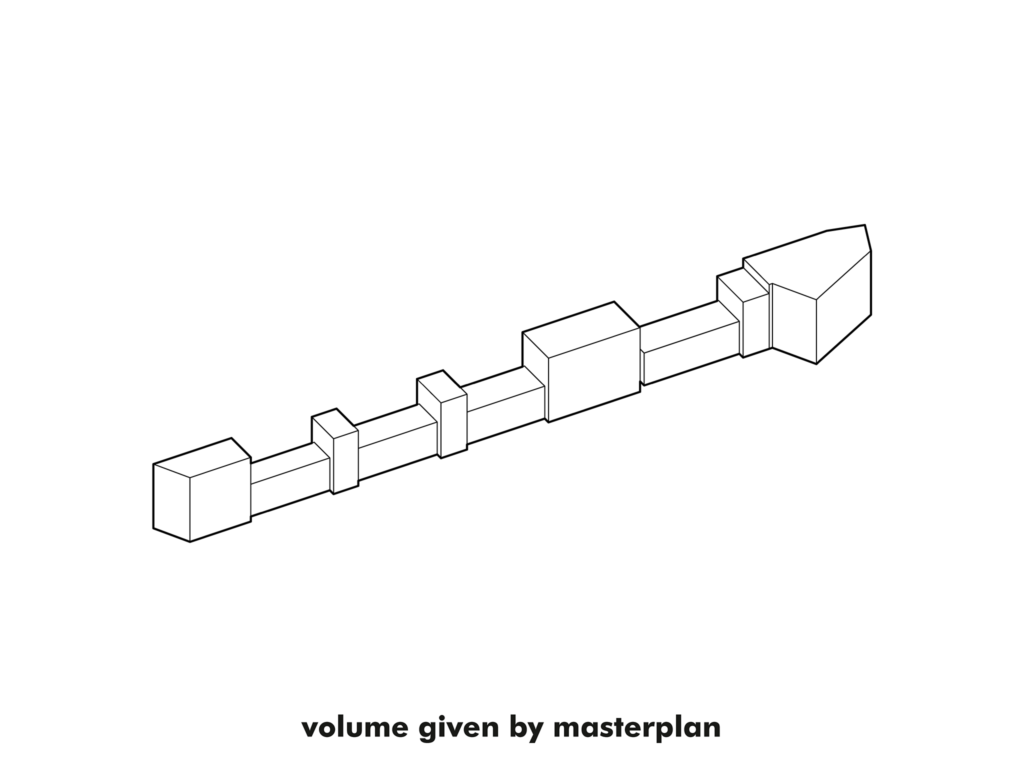 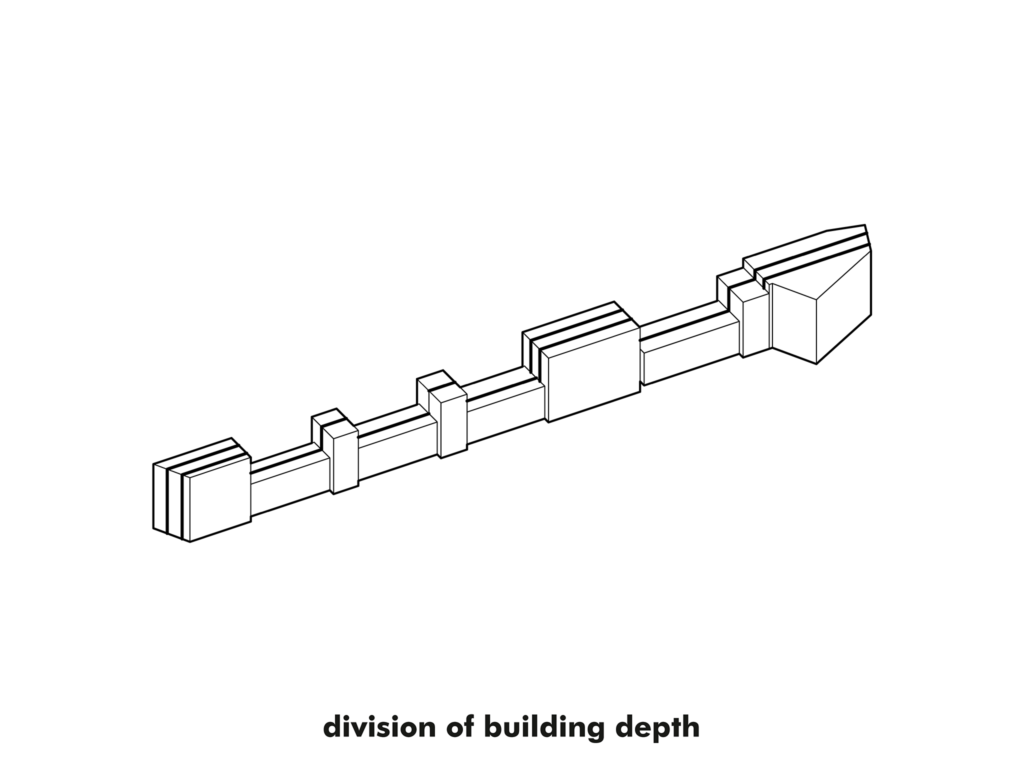 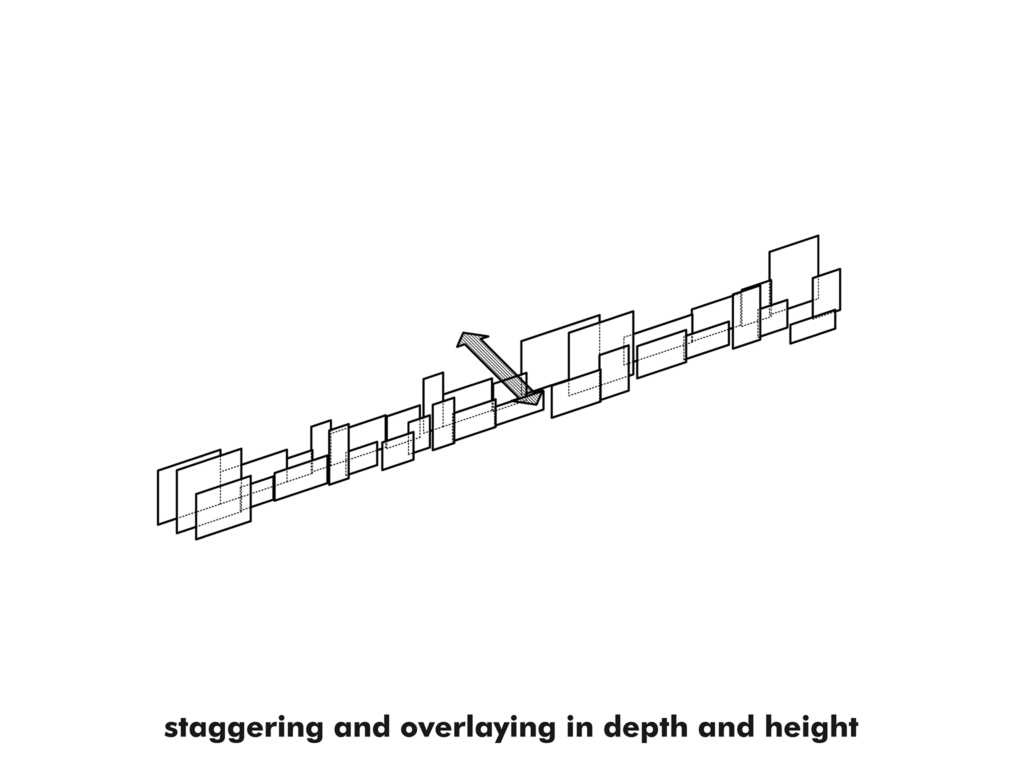 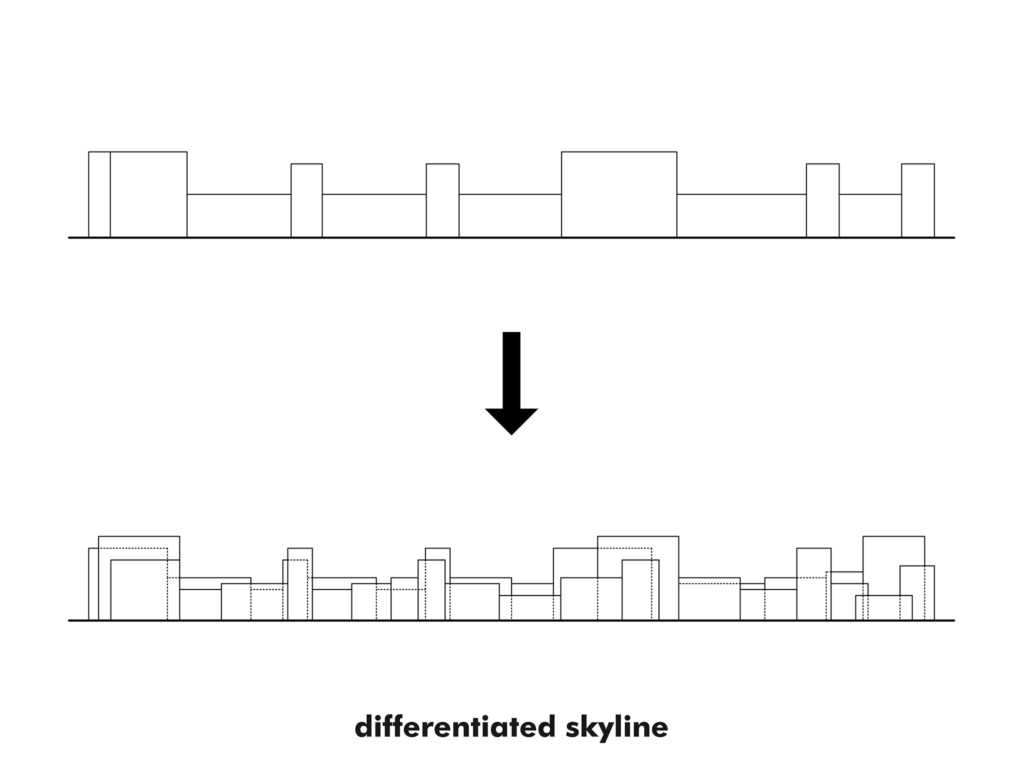 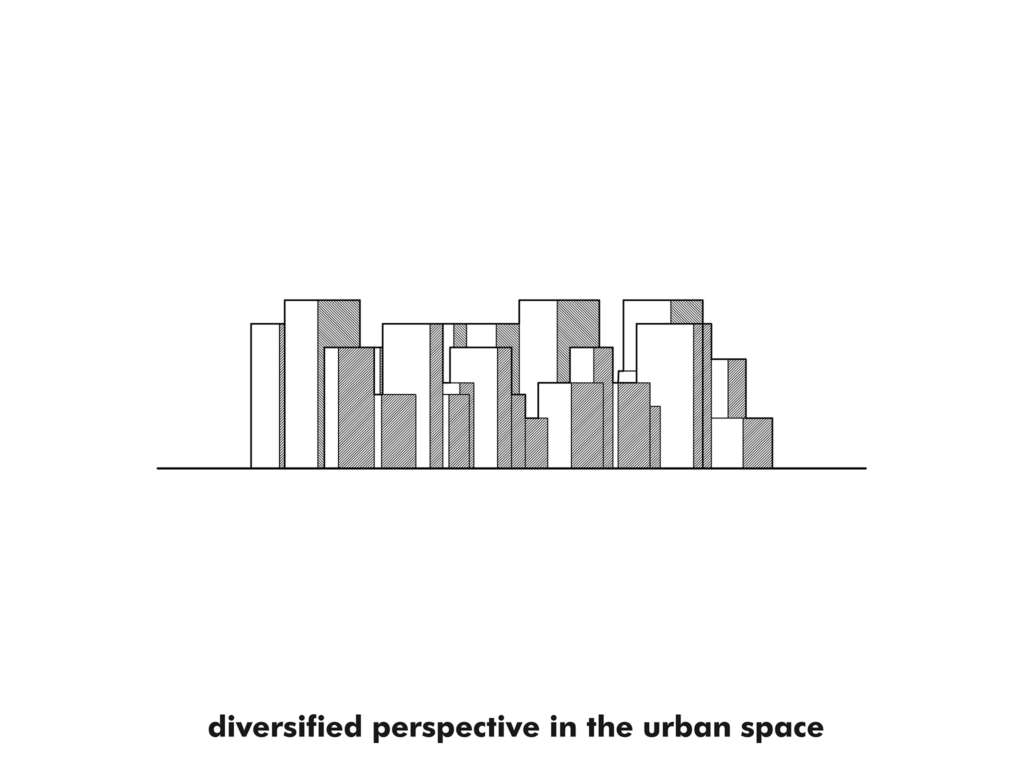 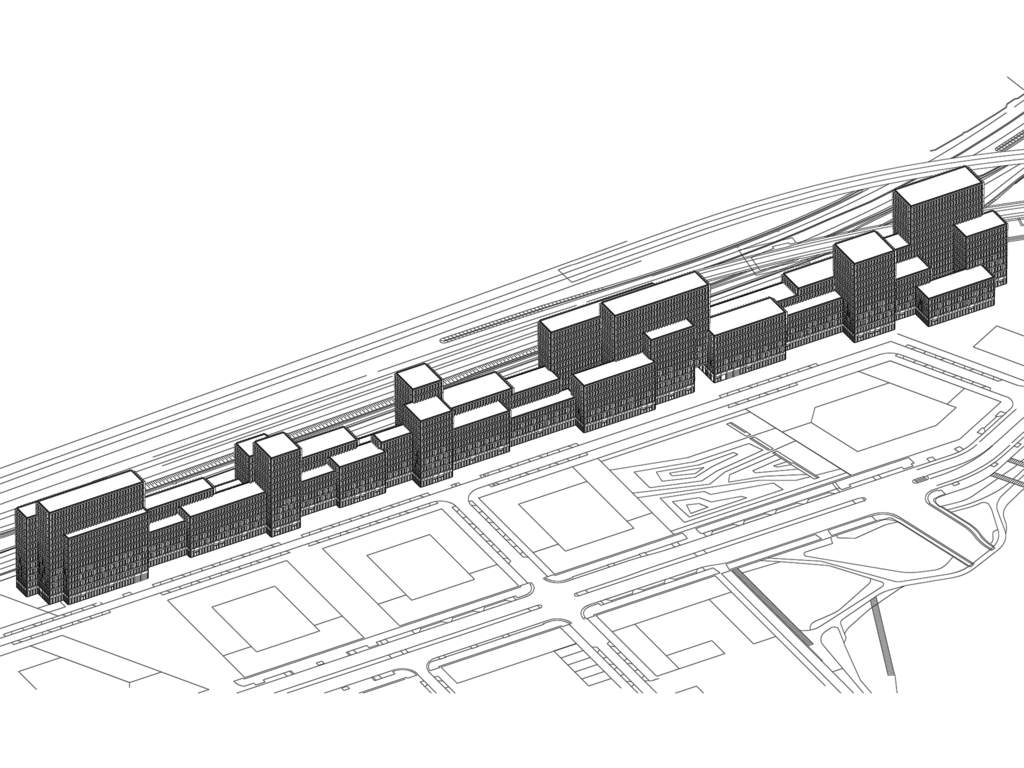 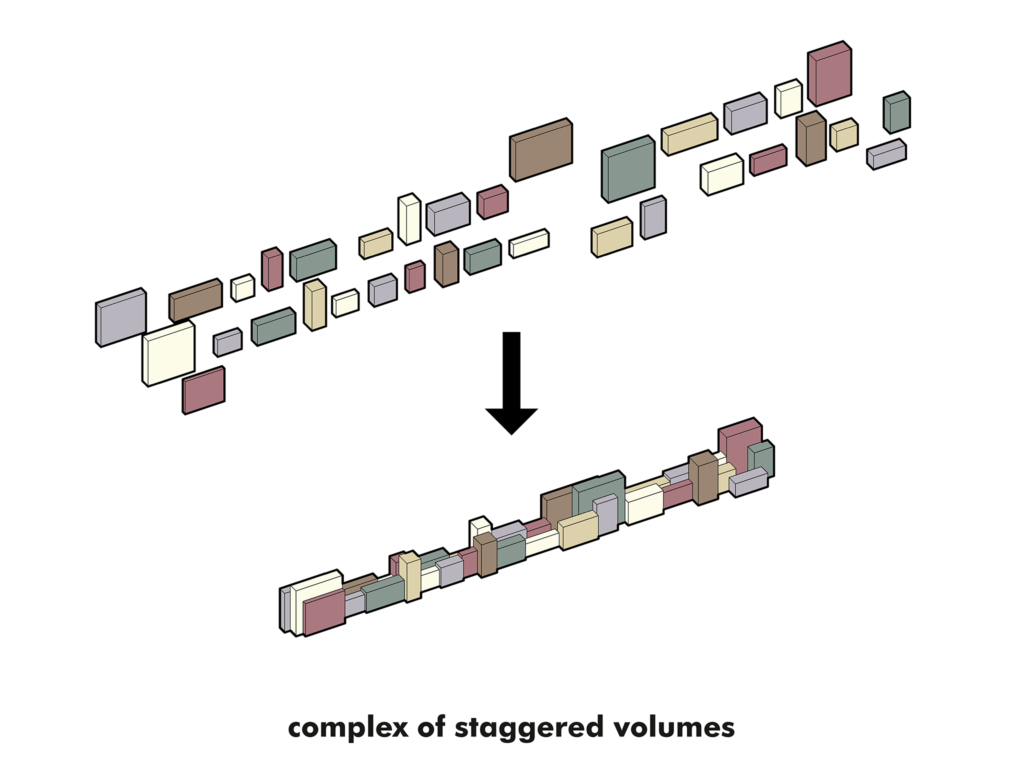 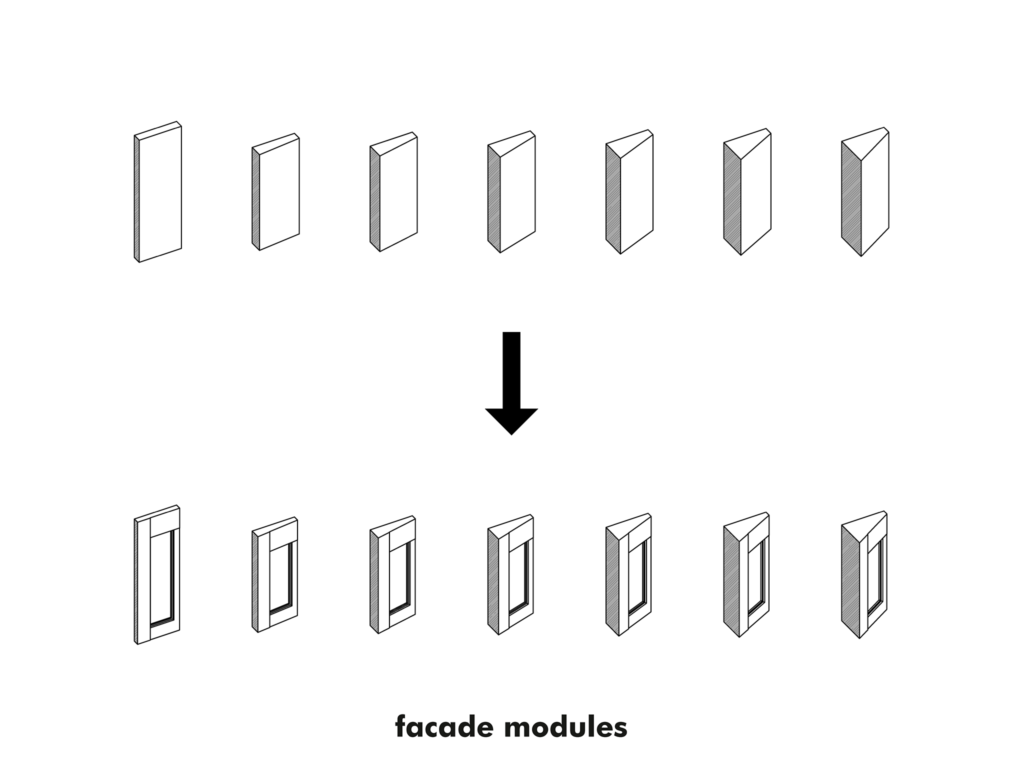 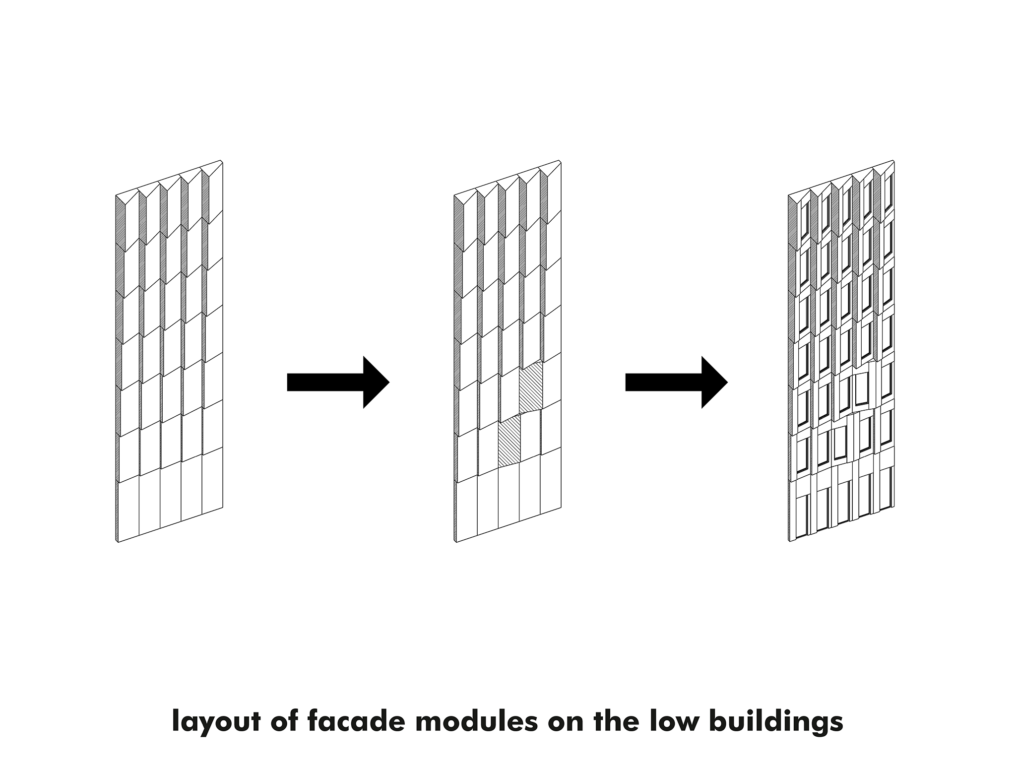 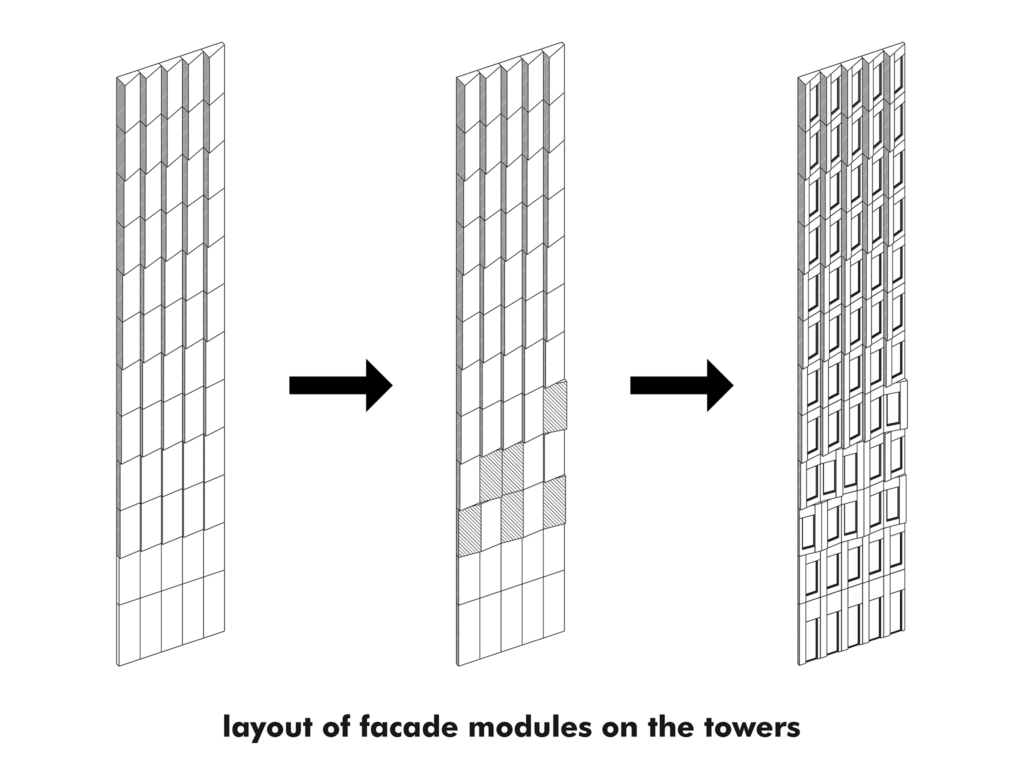 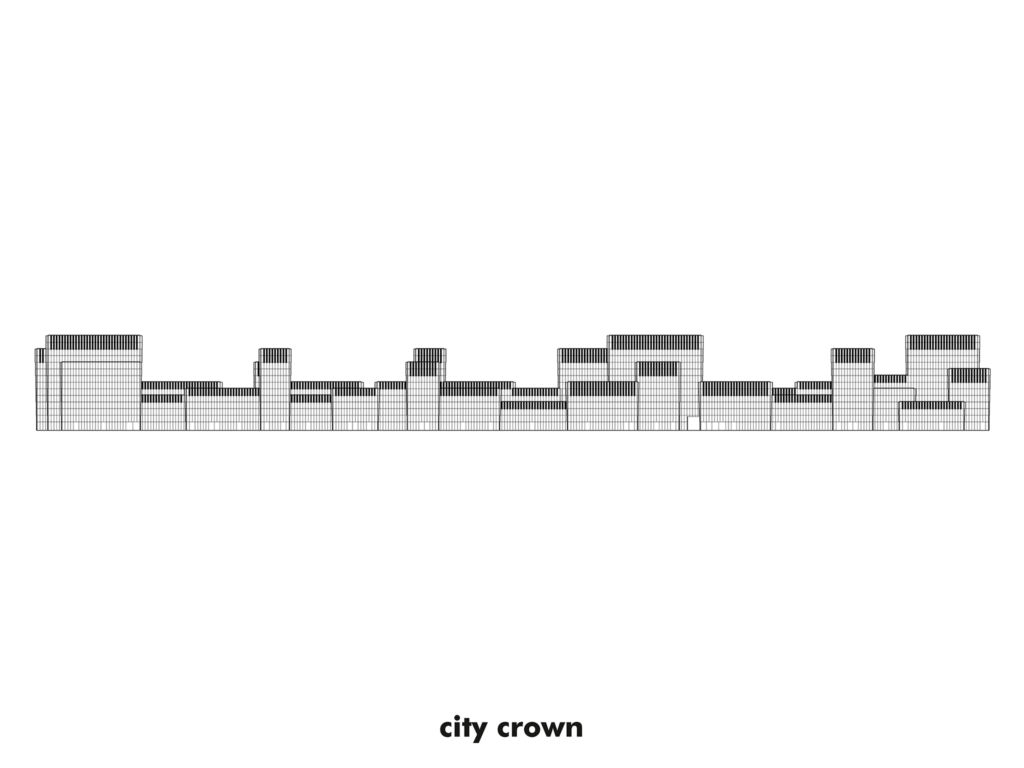 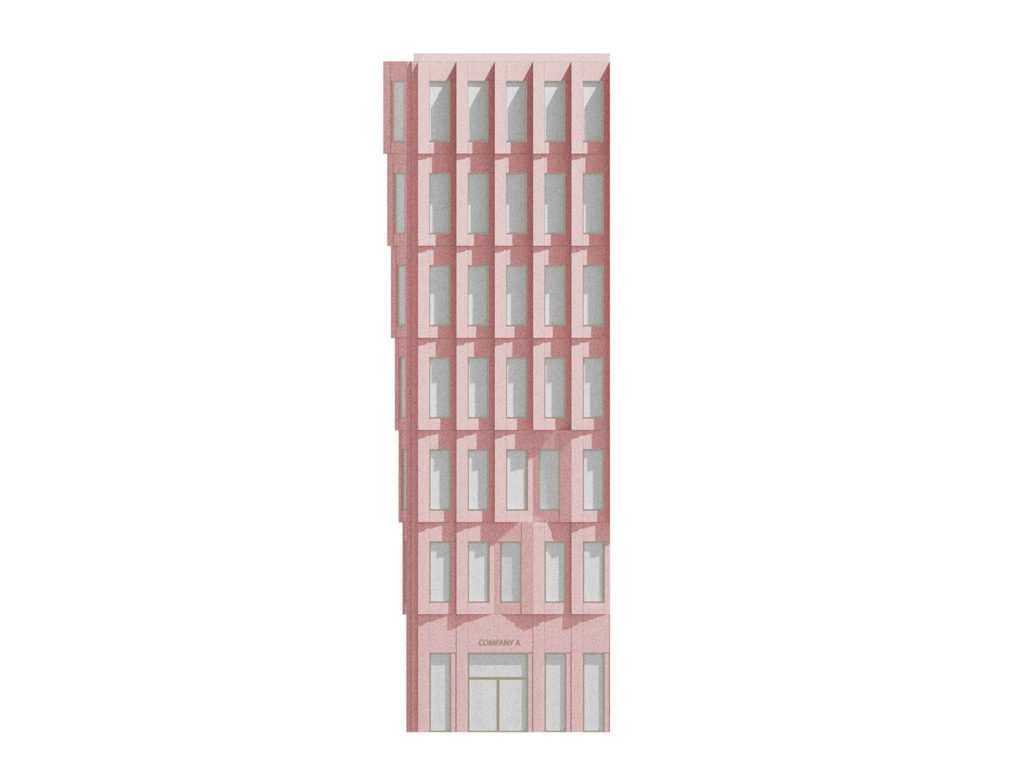 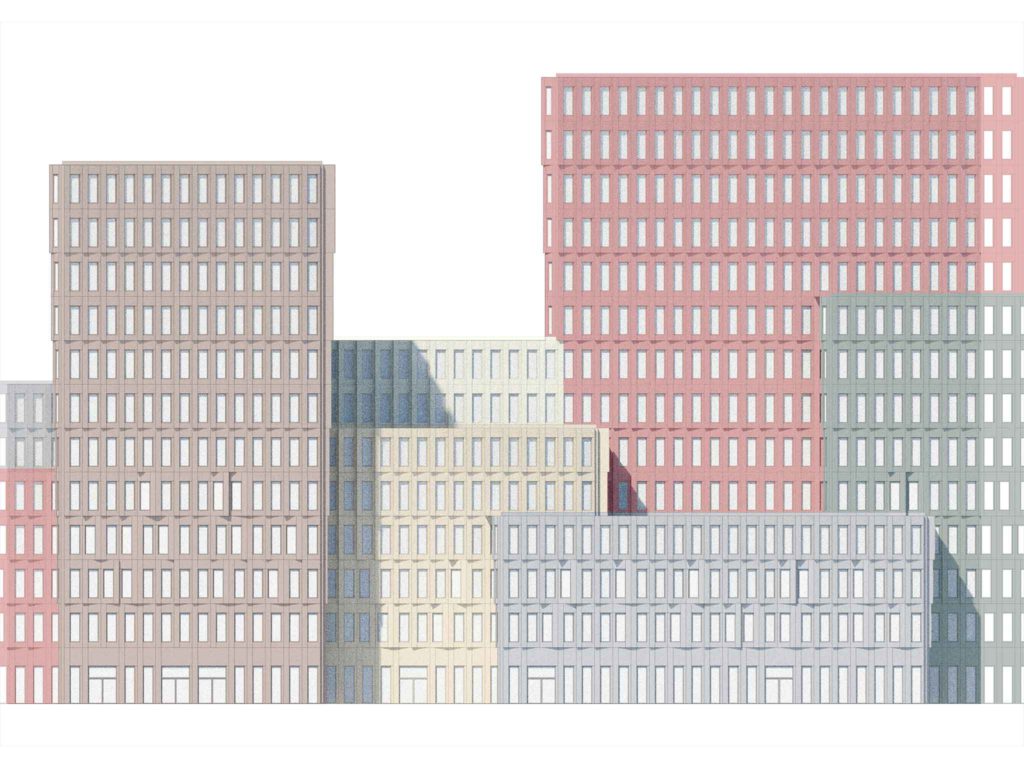 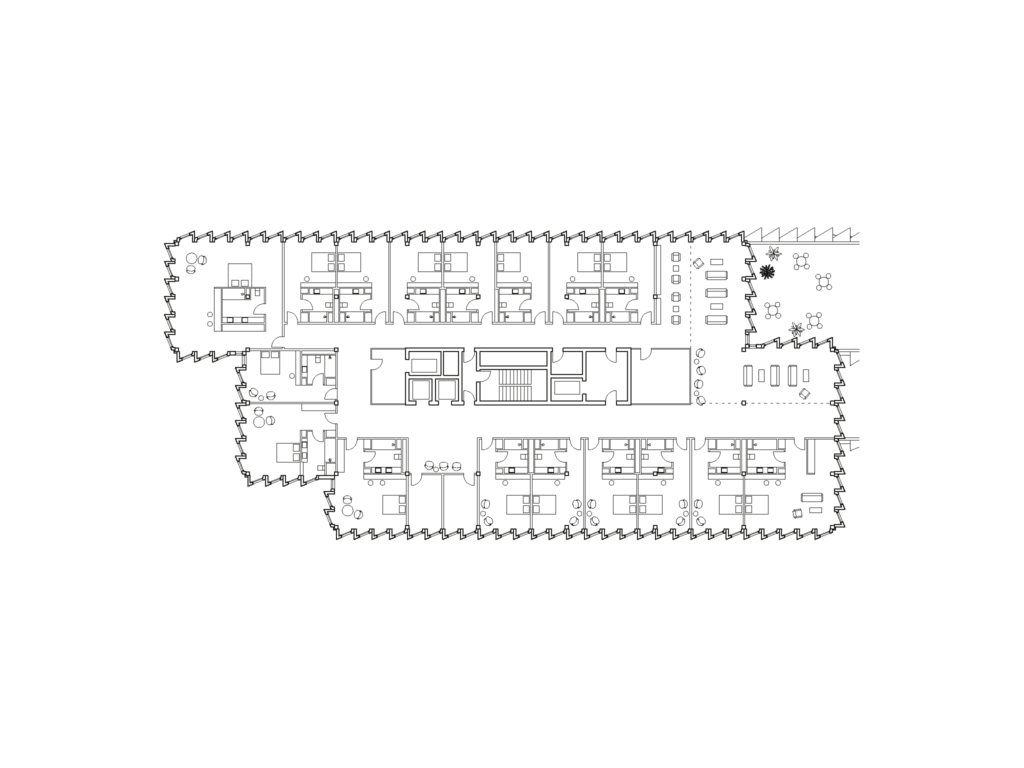 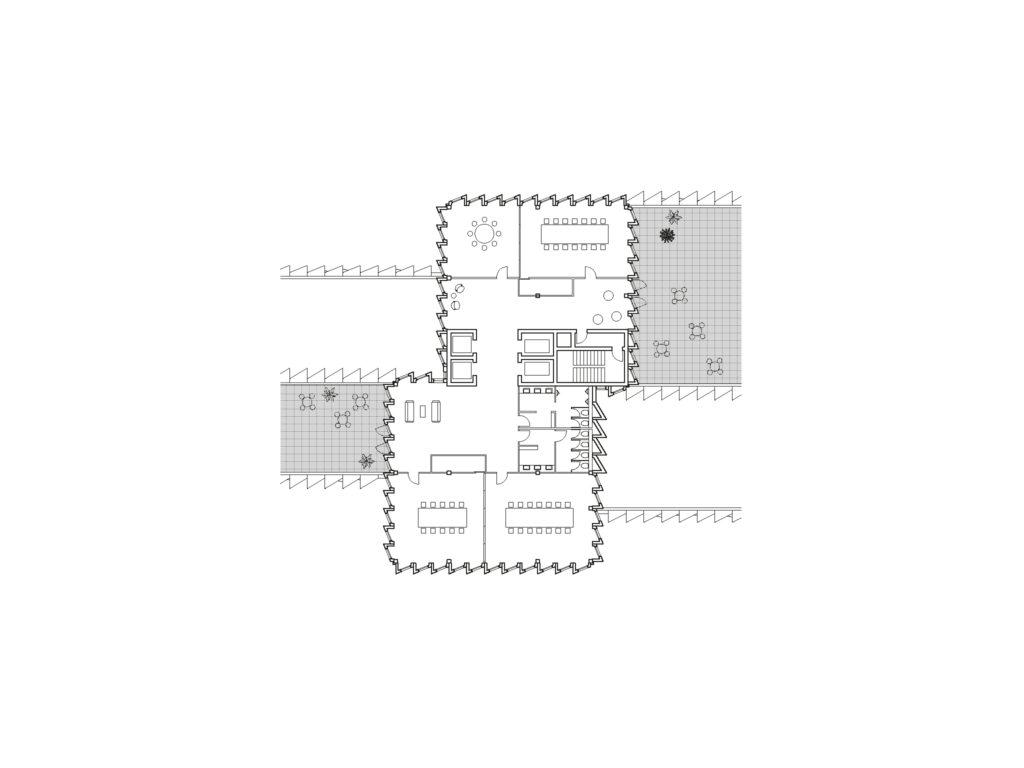 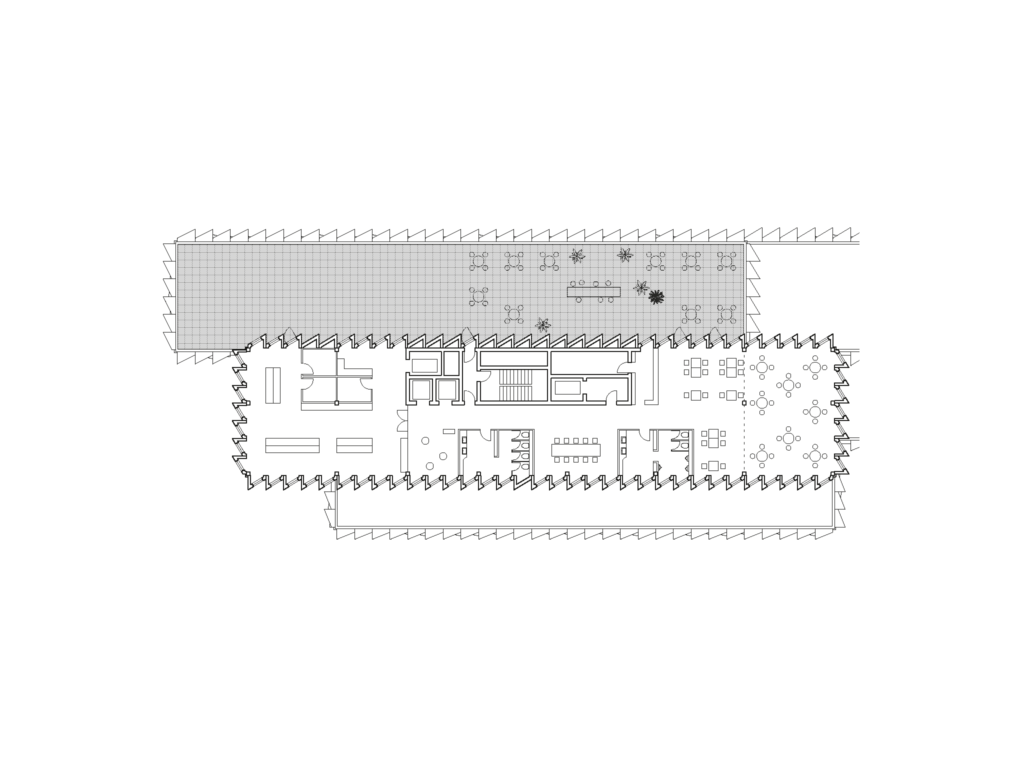 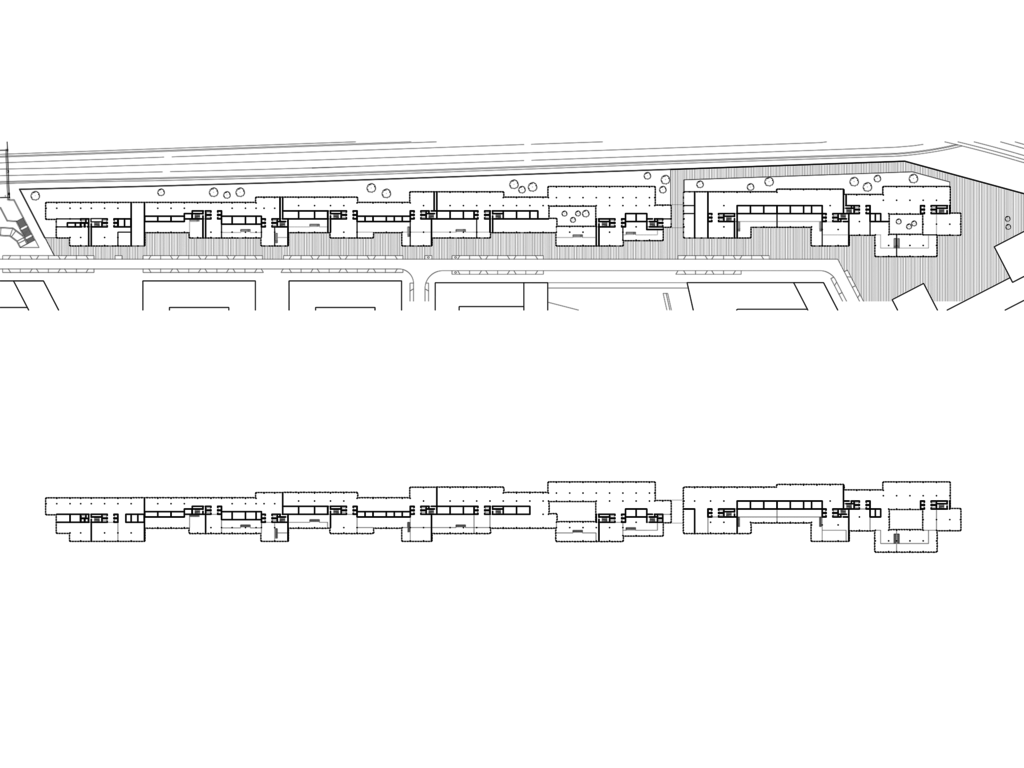 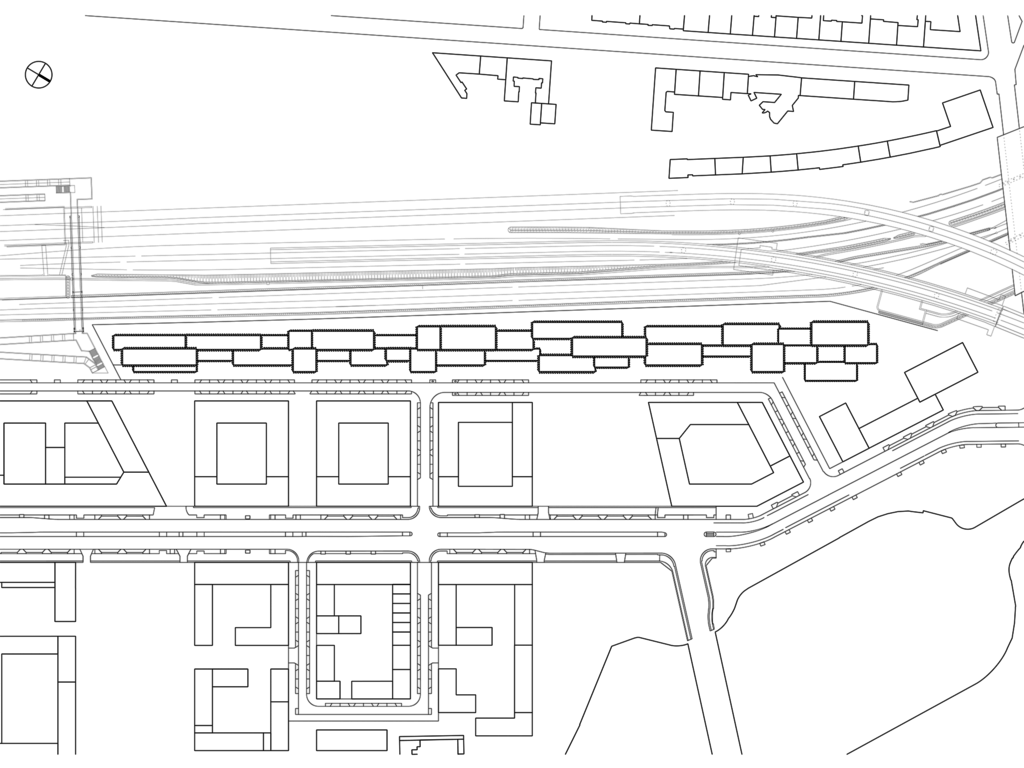 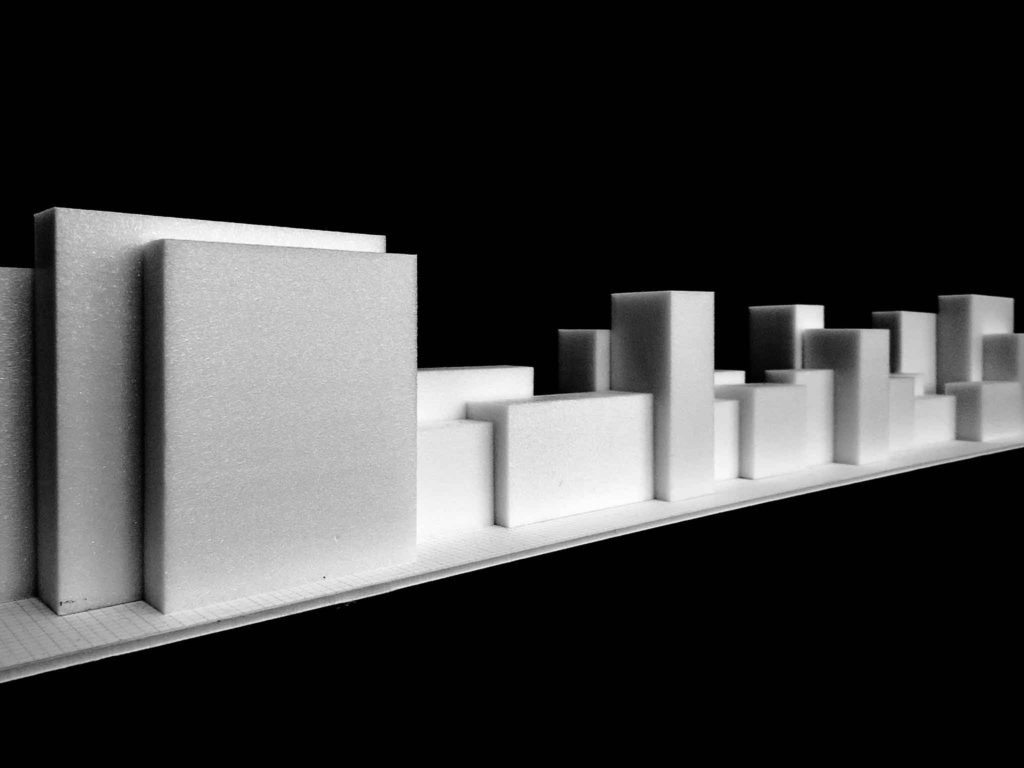 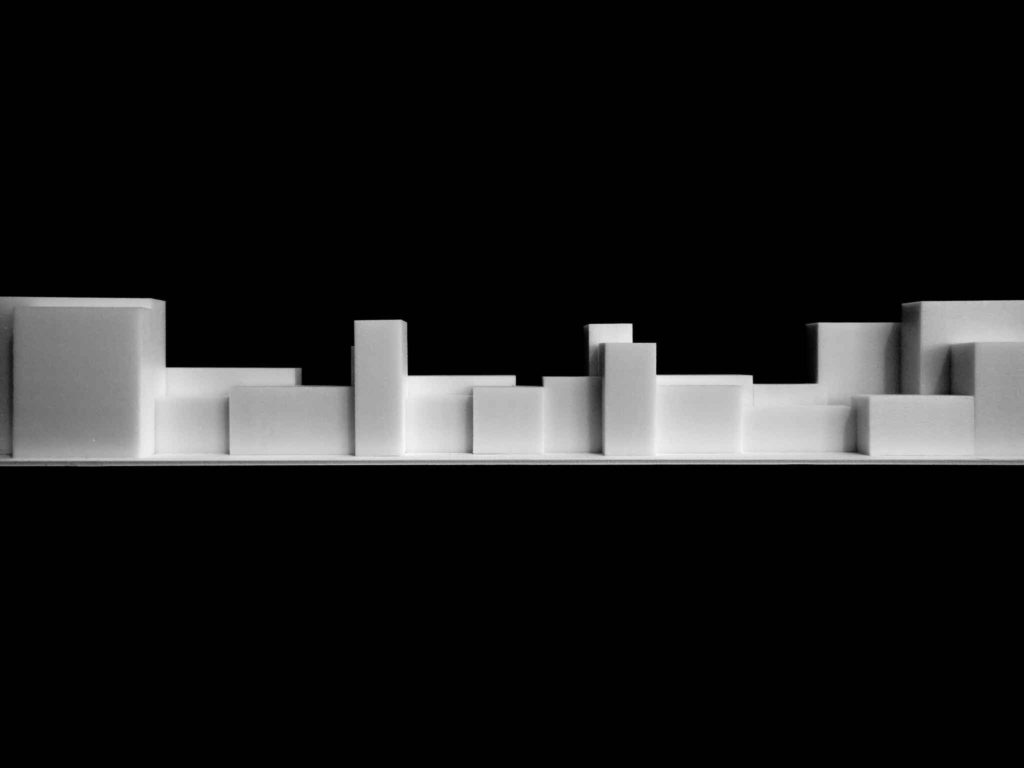 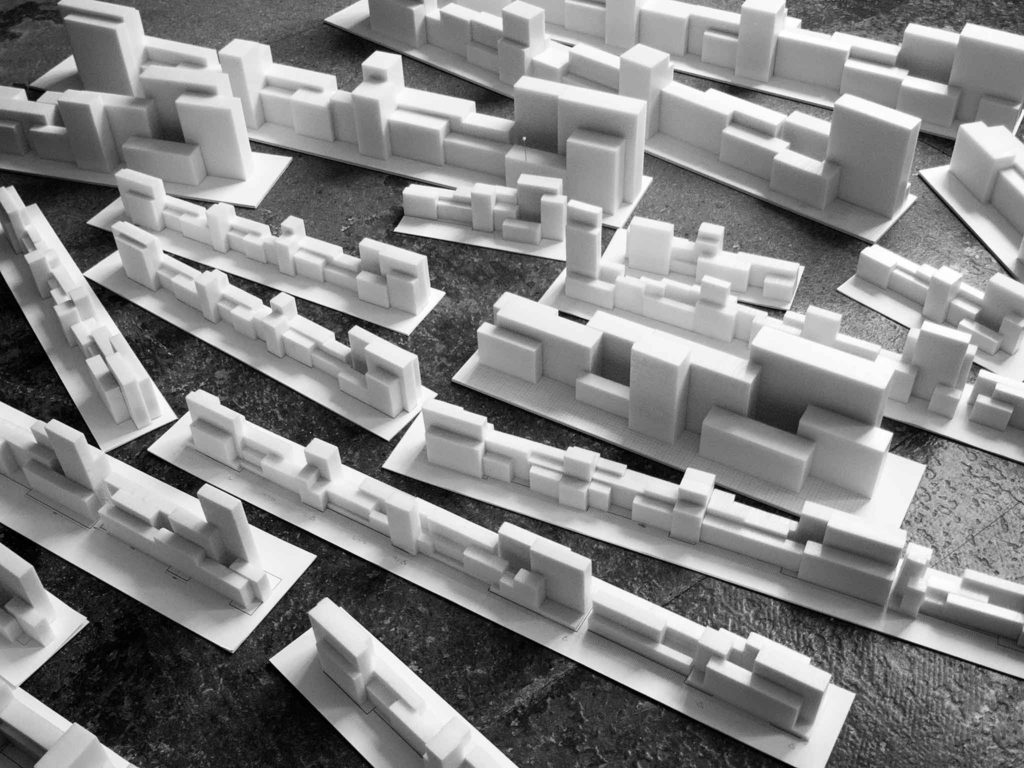 The office complex Heidestrasse creates a border towards the railway tracks and a back scenery for the new quarter Heidestrasse. The design follows the basic lines of the master plan, but strives to differentiate the given building volume. A staggering of various volumes is to avoid the monotony derived by the very long, repetitive buildings given by the master plan. This staggering is created in height as well as the depth of the building, resulting in a diversified silhouette and a building edge towards the street that is enriched by the volumes protruding back and forth.

The differentiation of the segments of the complex generates an urban identity and enhances orientation and the creation of address. The elevation towards the street is differentiated, the segments defined by the towers show different constellations allowing to easily distinguish one from another. While this differentiation in depth creates – as opposed to the uniformity given by the master plan – public open spaces with specific character, the staggering in height generates a complex roof scape that can be accessed on various floors and therefore also enhances the interior quality in the building.

The ensemble of different volumes is bound together by a single, modular facade system. The modules are made of precast concrete with an oblique front. Due to the oblique shape modules seem to be shifted horizontally. Towards the top of the building modules project more and more towards the outside. In that way a facade is created that despite modularity and repetition features a diverse impression. Light and shadow emphasize the complexity of the shifting elements. The façade system that is applied to the whole complex is further nuanced by the colour concept.