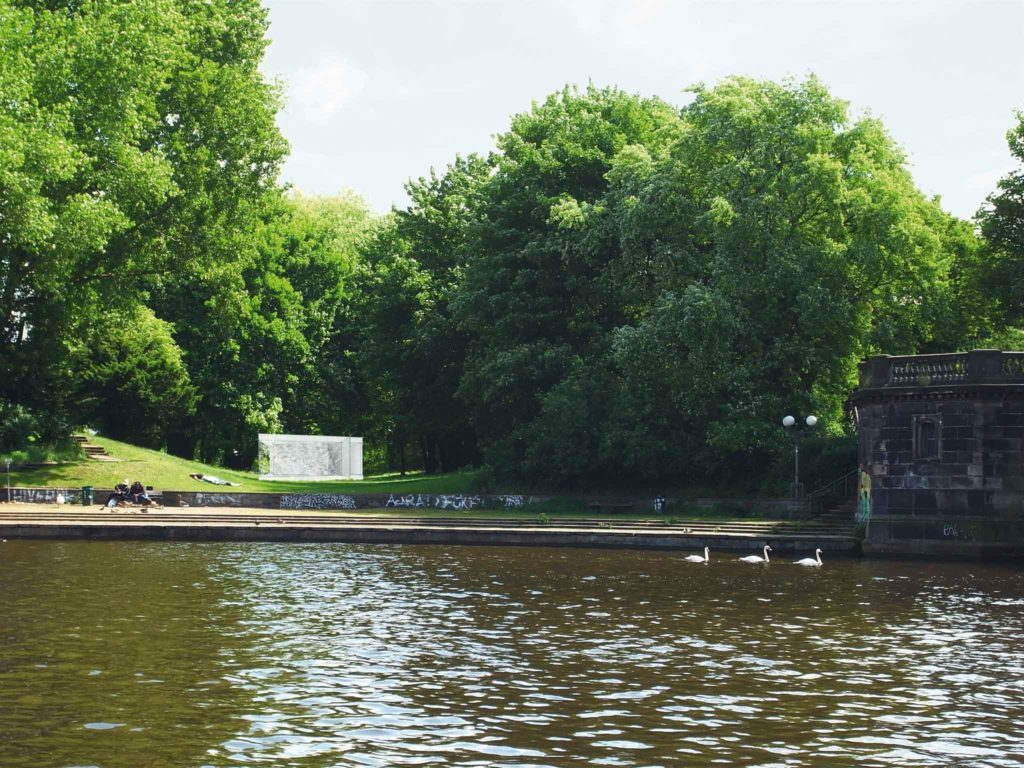 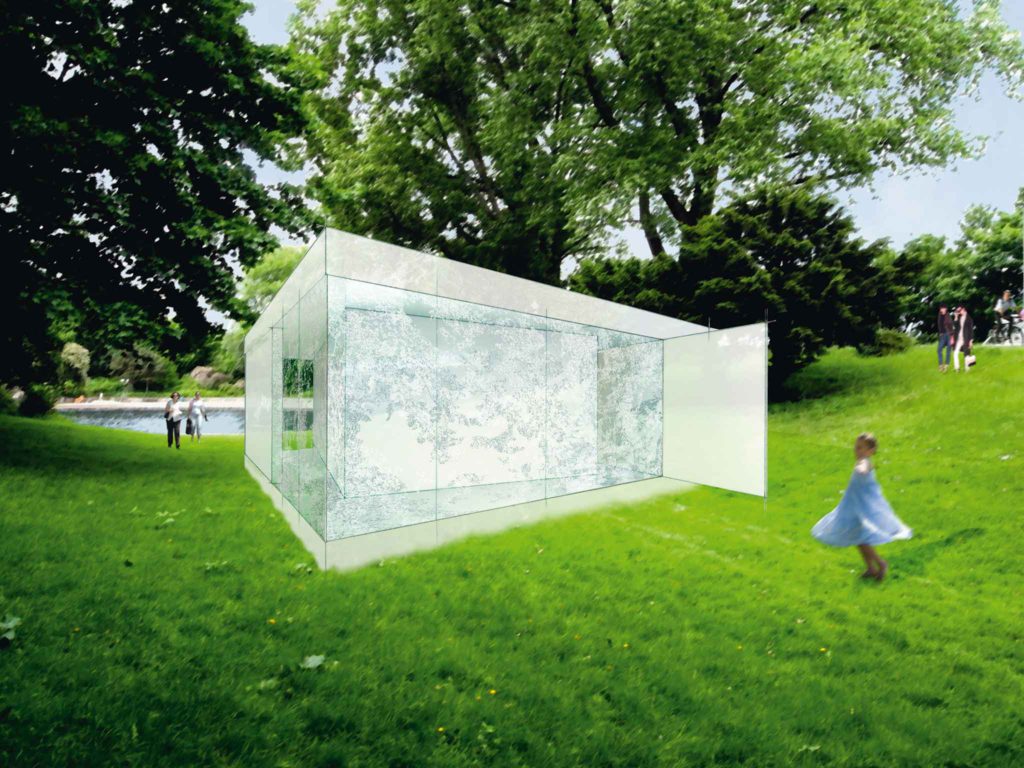 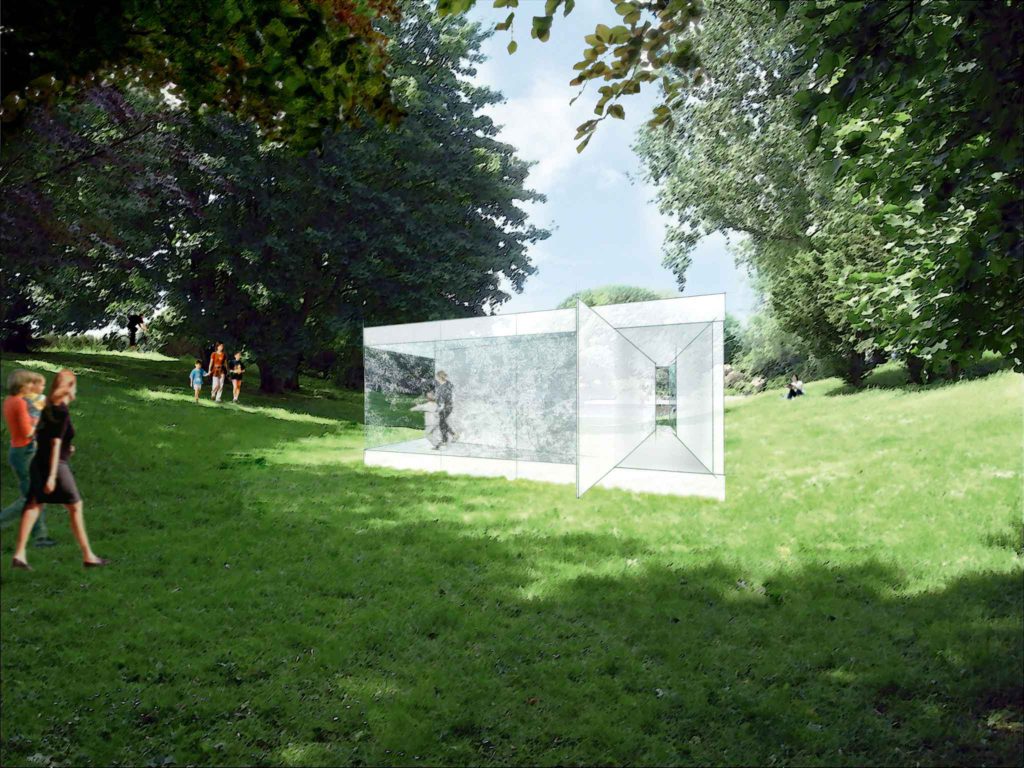 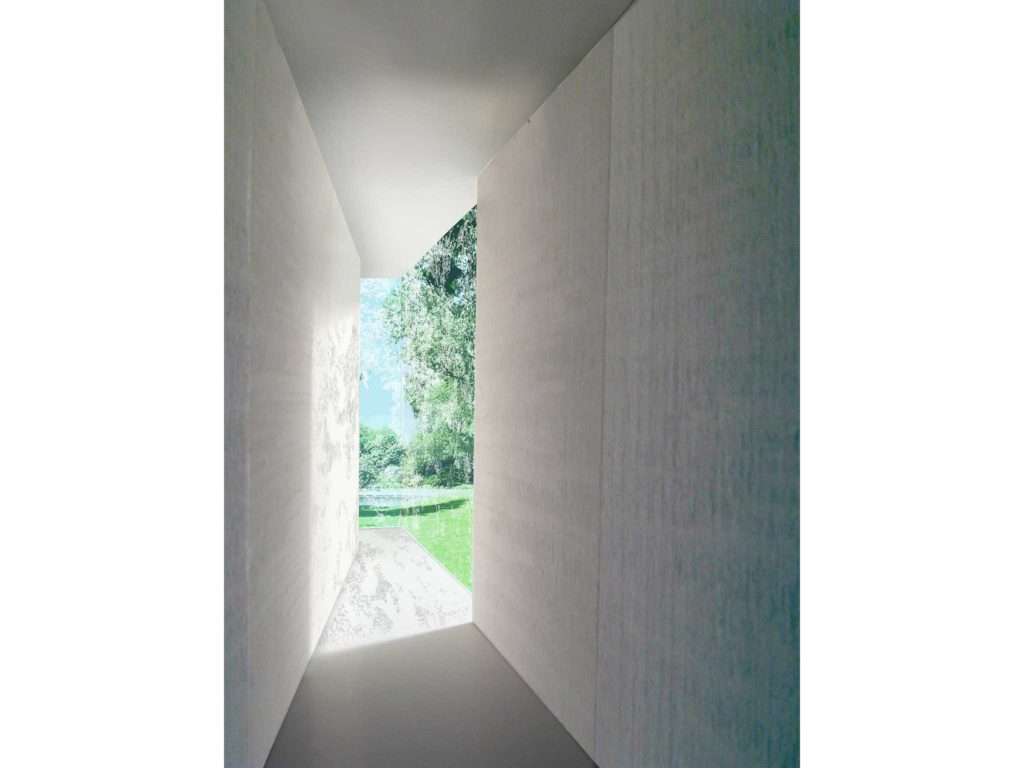 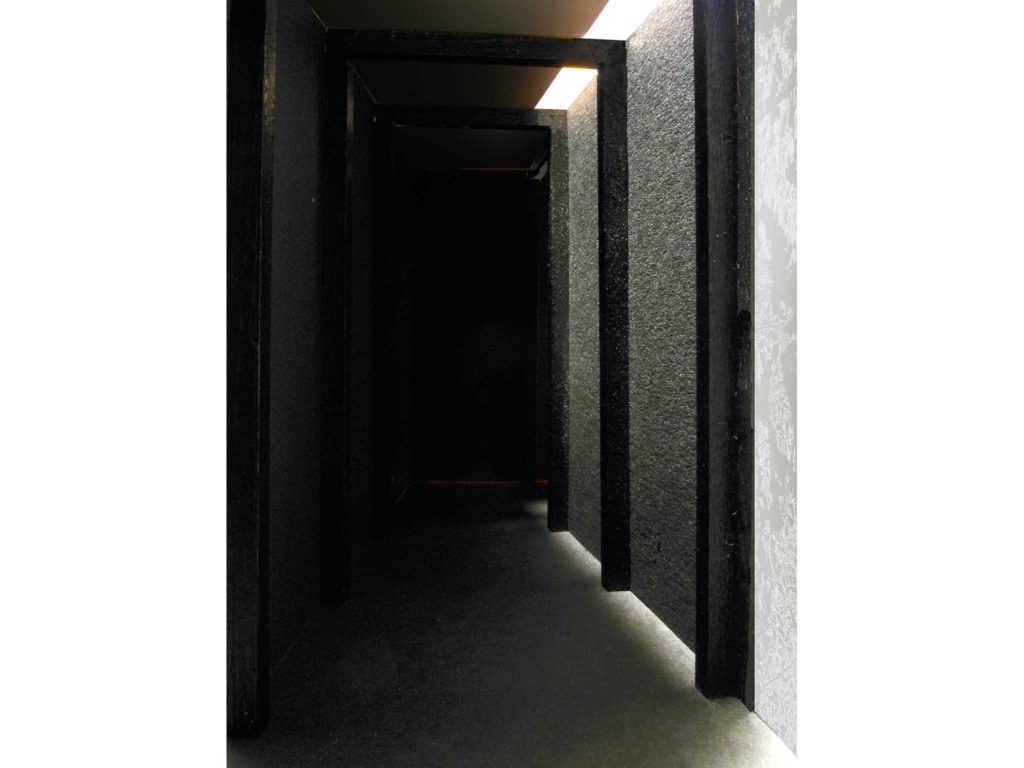 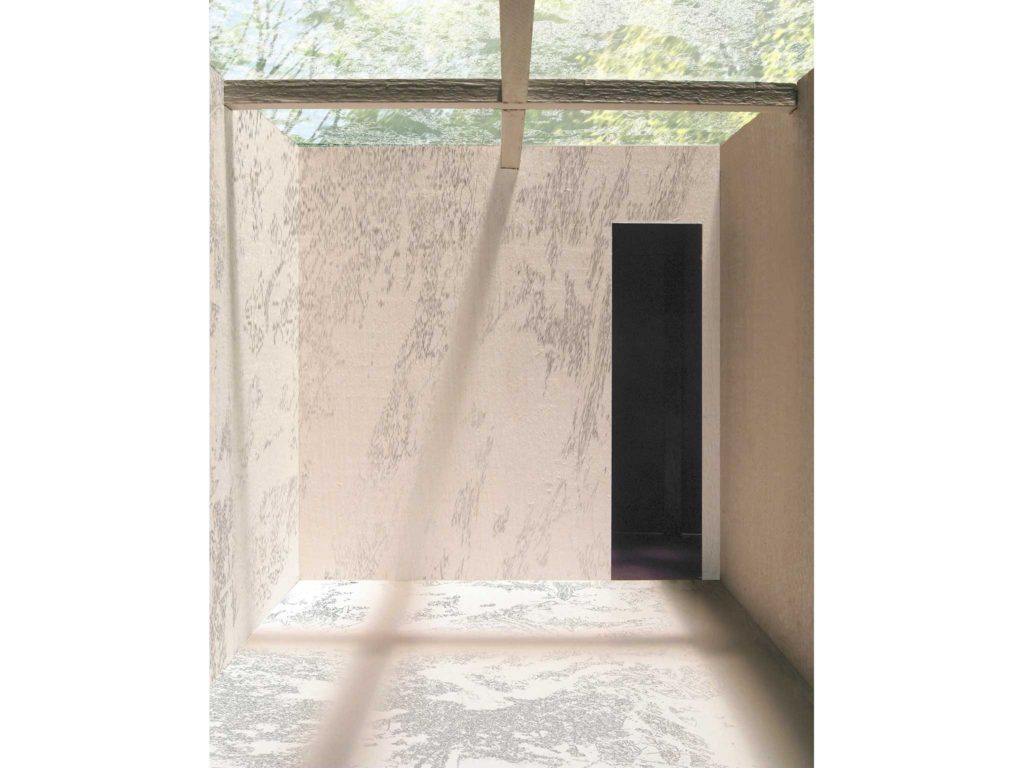 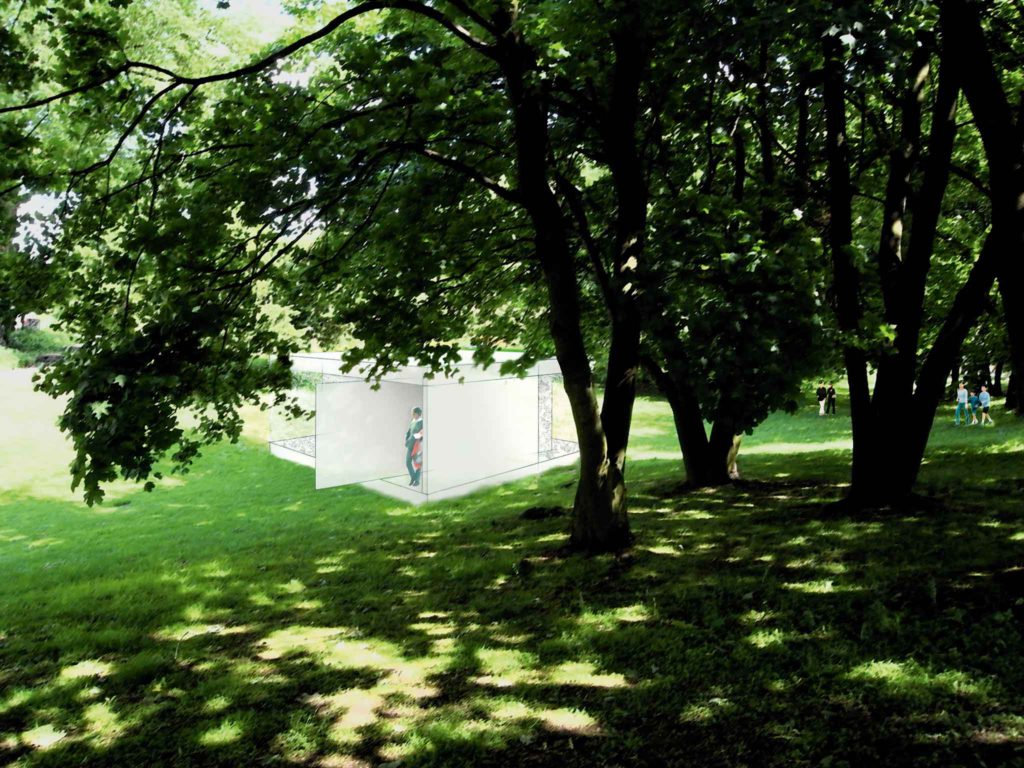 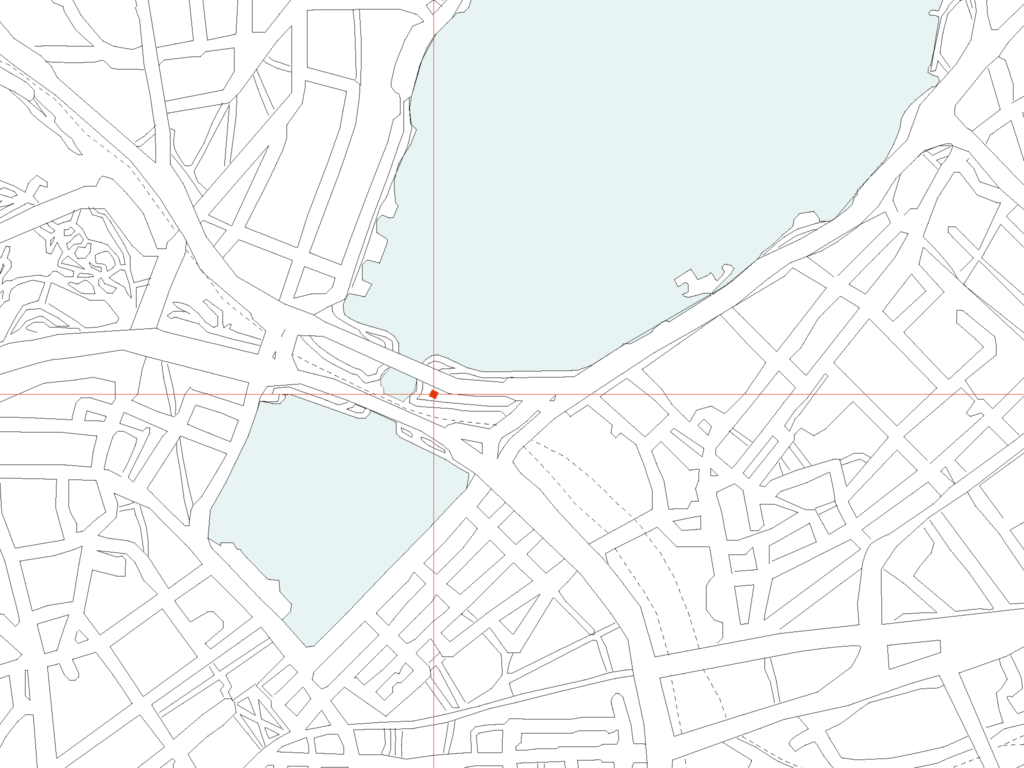 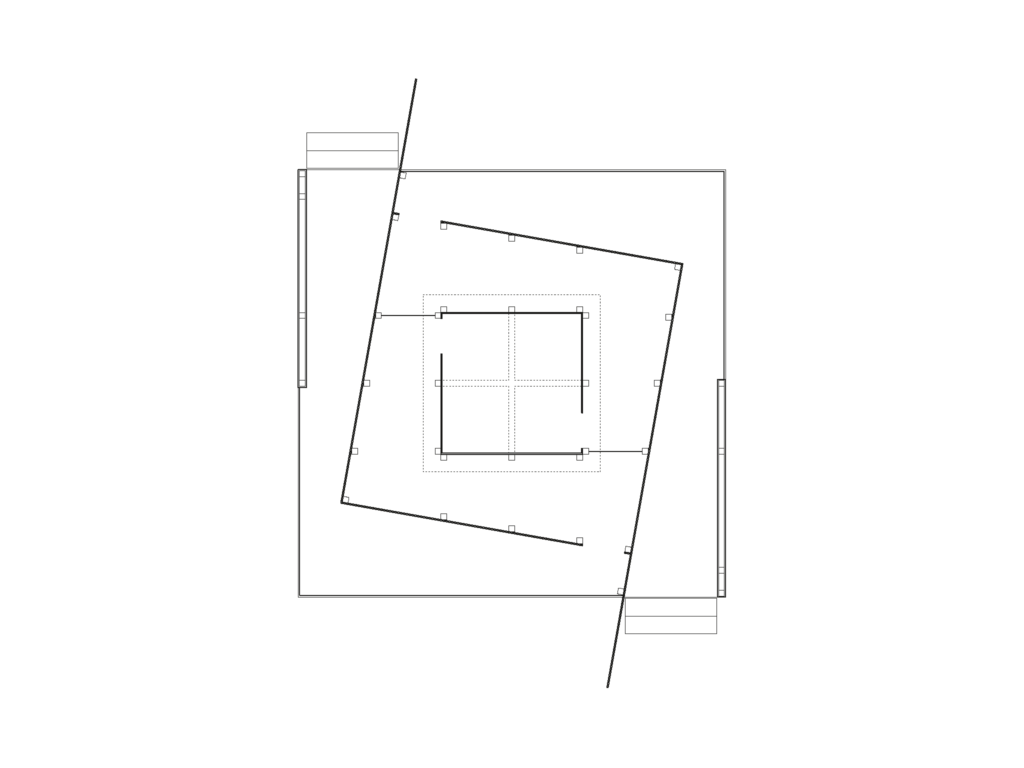 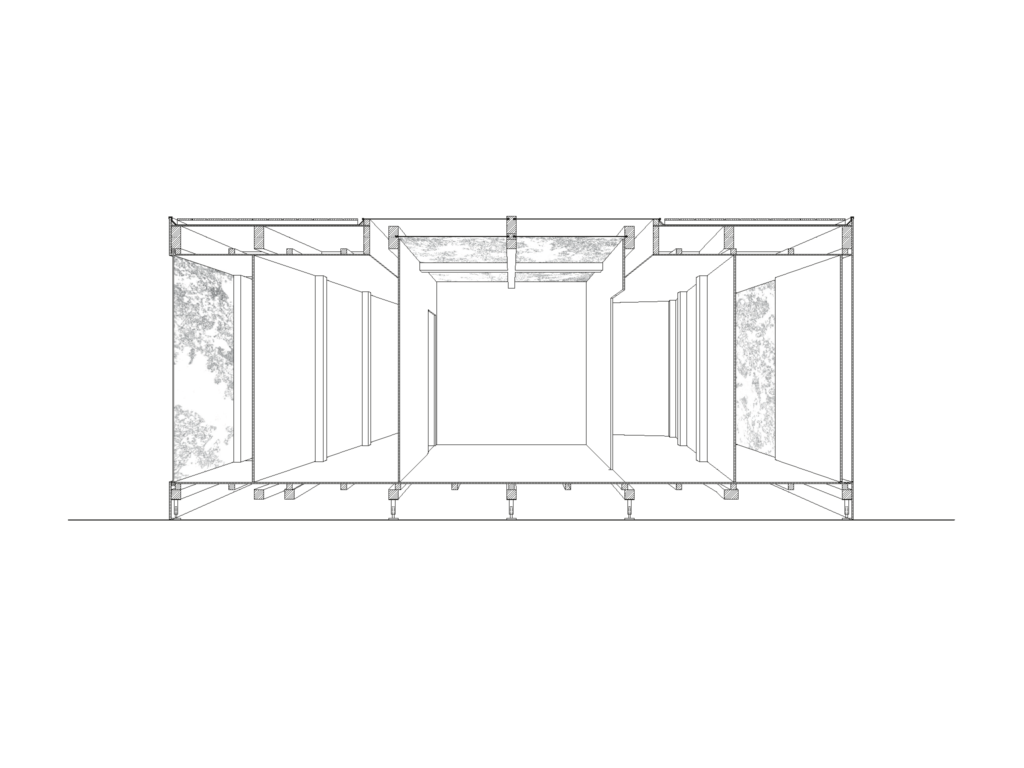 Between Kennedy und Lombards Bridges in the city centre of Hamburg, we intended to render the art of Japanese painter Suzuki into a spatial experience. In many of Suzuki’s art works detailed drawings of natural motives painted on an acrylic panel are set in front of a canvas, thereby creating art on several layers: on the acryl, on the canvas, the shadow cast by the drawings onto the canvas and a space in-between. The intention was to open up this space to the visitors, allowing them to experience new insights on the art and on the city. From the inside, drawings on the glass overlay with a view of the city of Hamburg as a ‘canvas’ draw the visitors’ attention to the surroundings.

The plan of the pavilion consists of three nested squares, building up a cubic room in the middle and two layers of passages surrounding it.
The first square is the outer skin with Suzuki’s drawings on glass, dropping their shadows onto the white wall of the second square. Between the second and third square, a dim in-between space with black walls and light entering only softly through the narrow overhead lights is to make visitors forget their surroundings. The third square is a white cube in the middle with Suzuki’s drawings on the glass ceiling. Cut off from the outside environment, the sun casts strong shadows of the art that steadily wander along the walls during the cause of the day.

On the pavilion’s site, lush nature produces a small forgotten paradise in-between two highly frequented roads in the area between Binnen- and Aussenalster. Detailed outlines of natural motives overlay with real nature, shining in a thousand shades of green and silence inside overlays with the rustle of the leaves and the roar of the busy Hamburg traffic. Wandering shadows visualize time that has seemingly come to a halt, if it were not for the constant disturbance by the traffic. Choosing this site, we wanted to draw public attention to one of the many ‘in-between spaces’ in Hamburg, which contribute to the attractiveness of the city but are not perceived consciously.