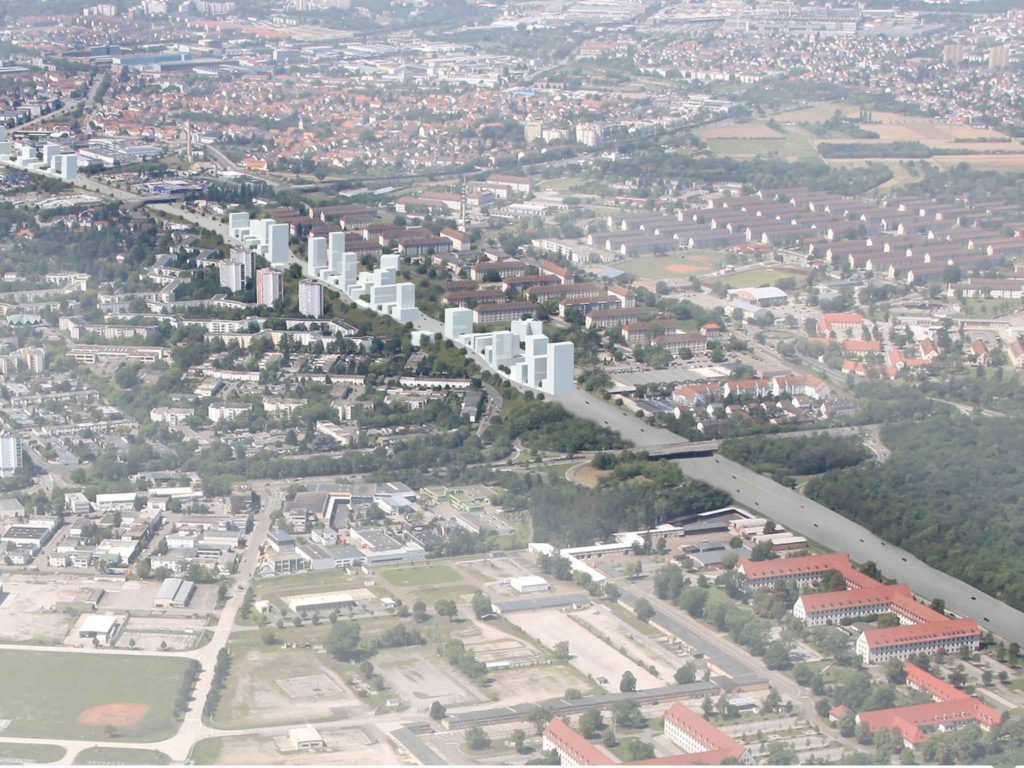 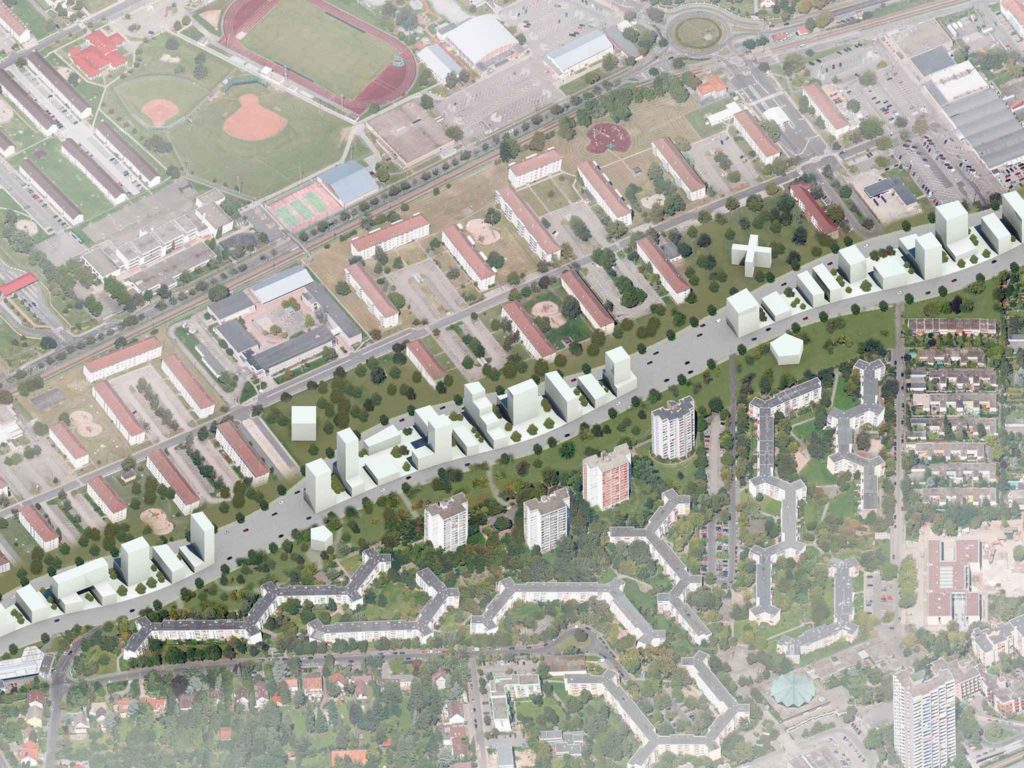 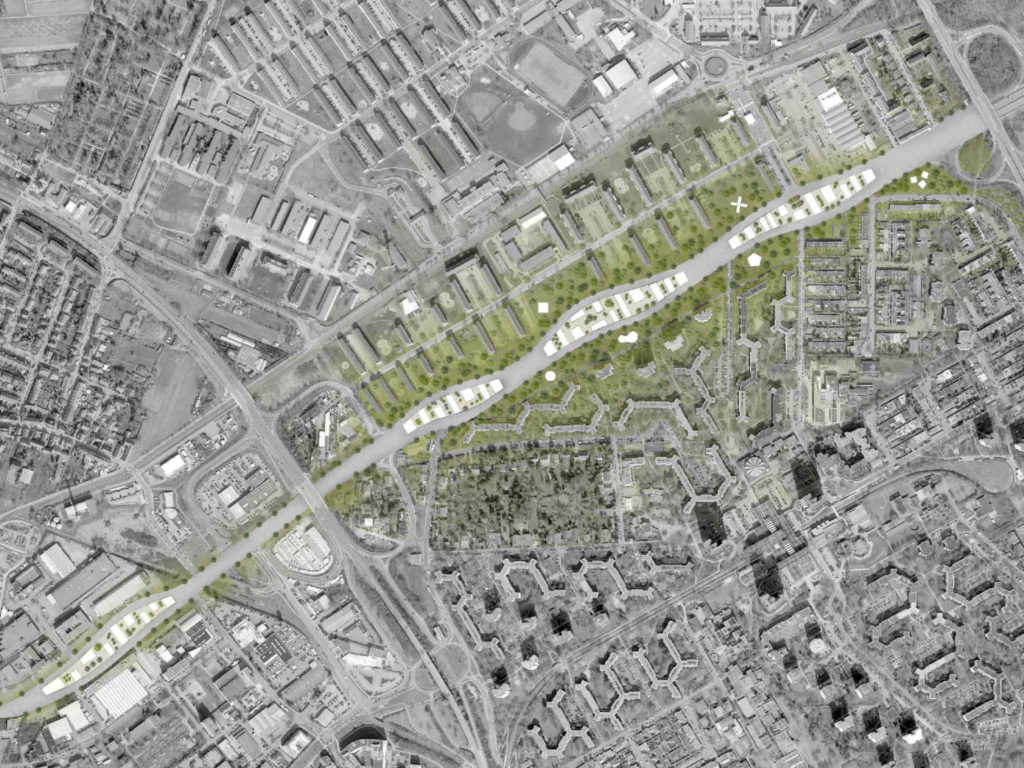 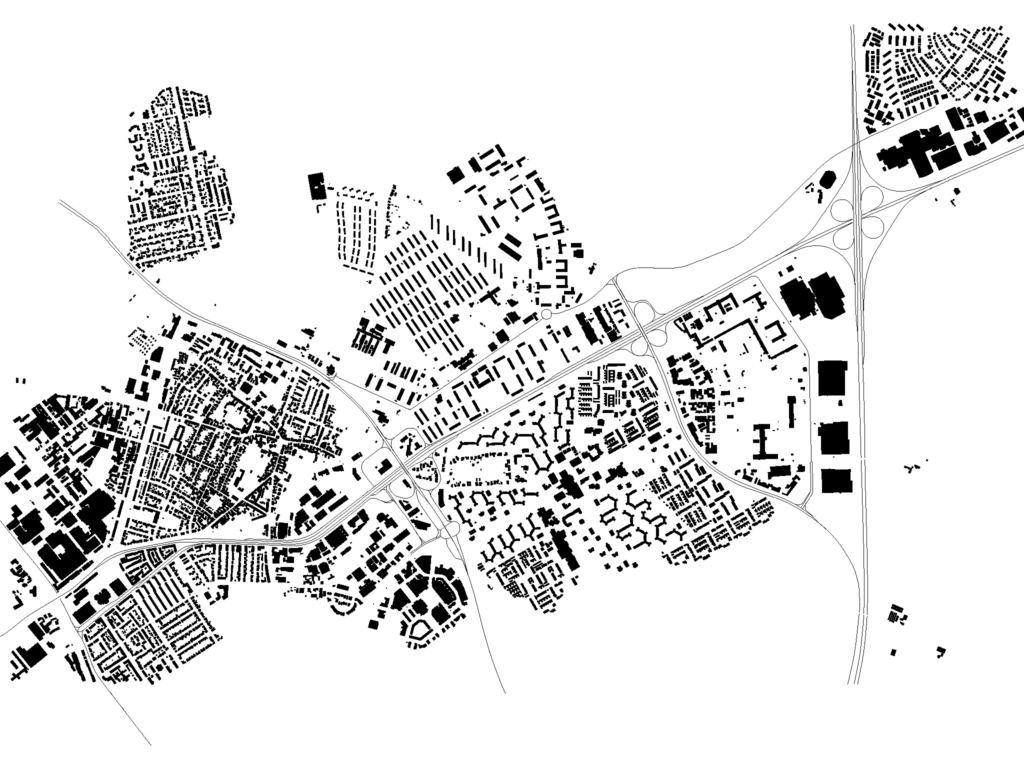 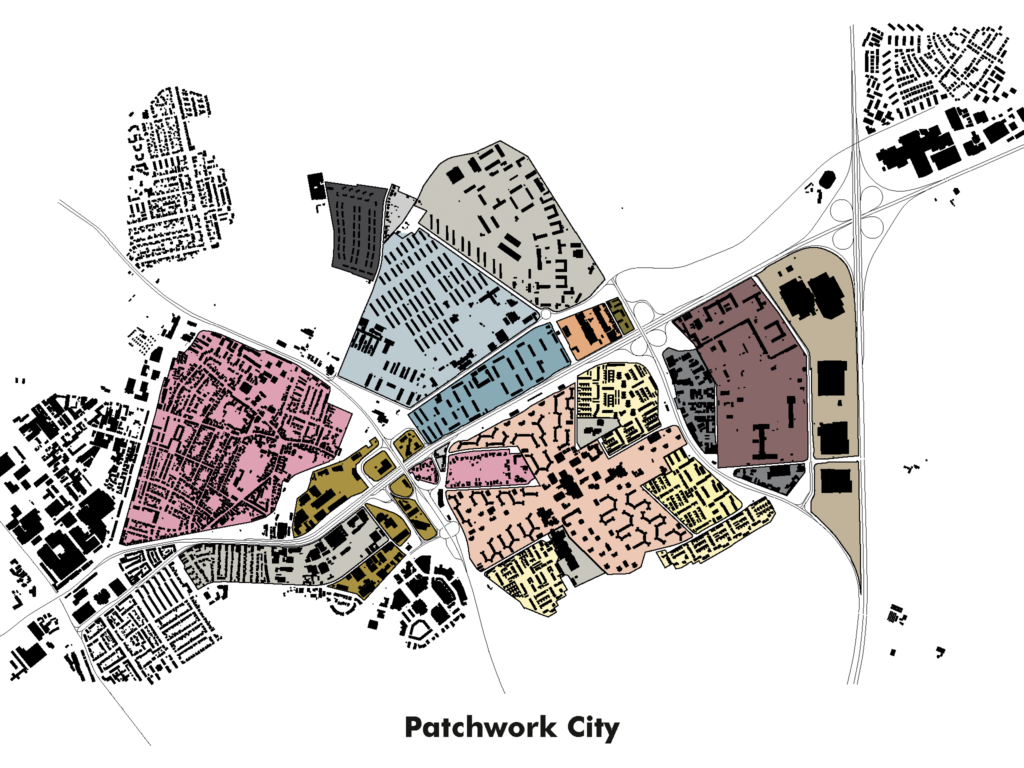 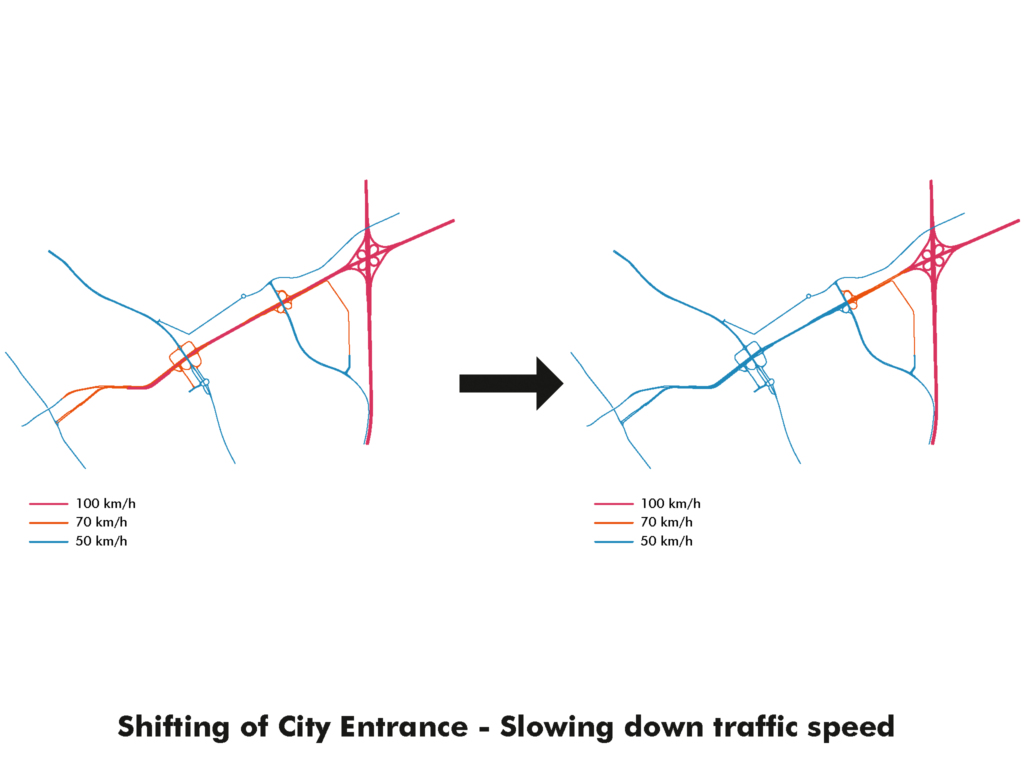 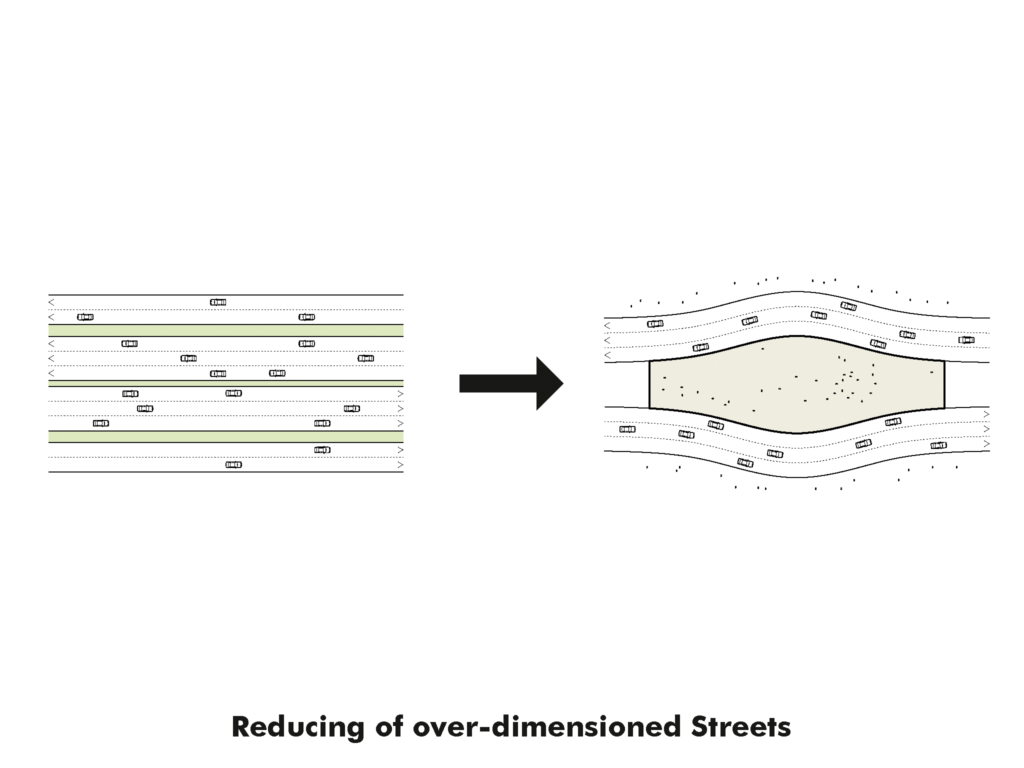 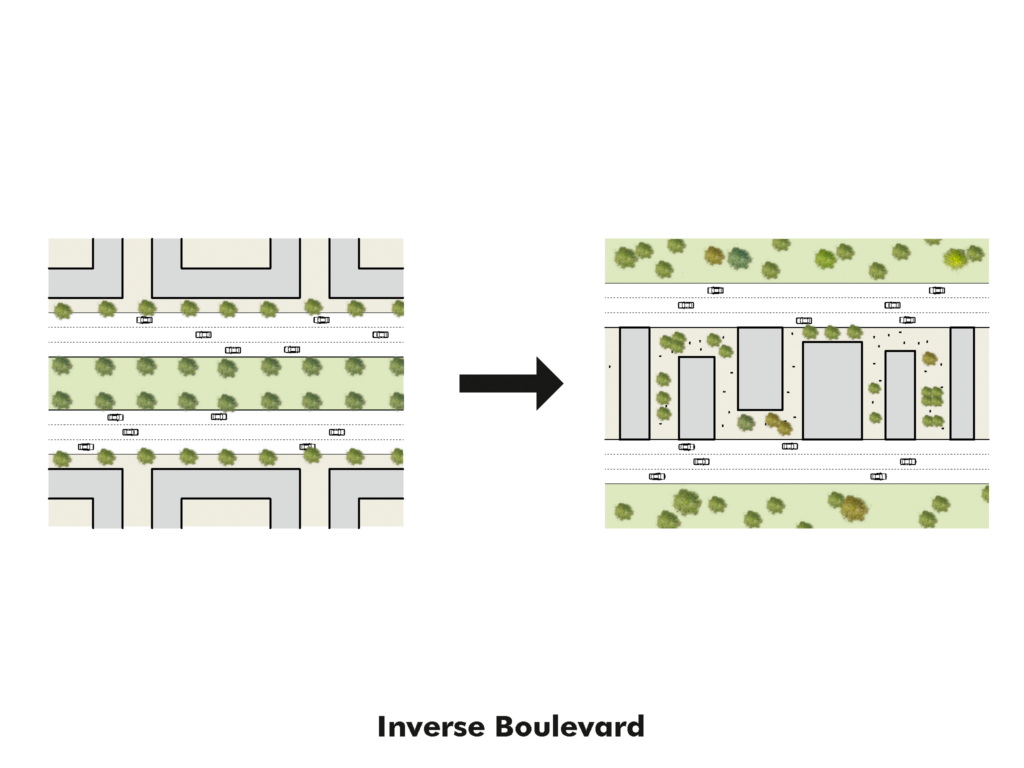 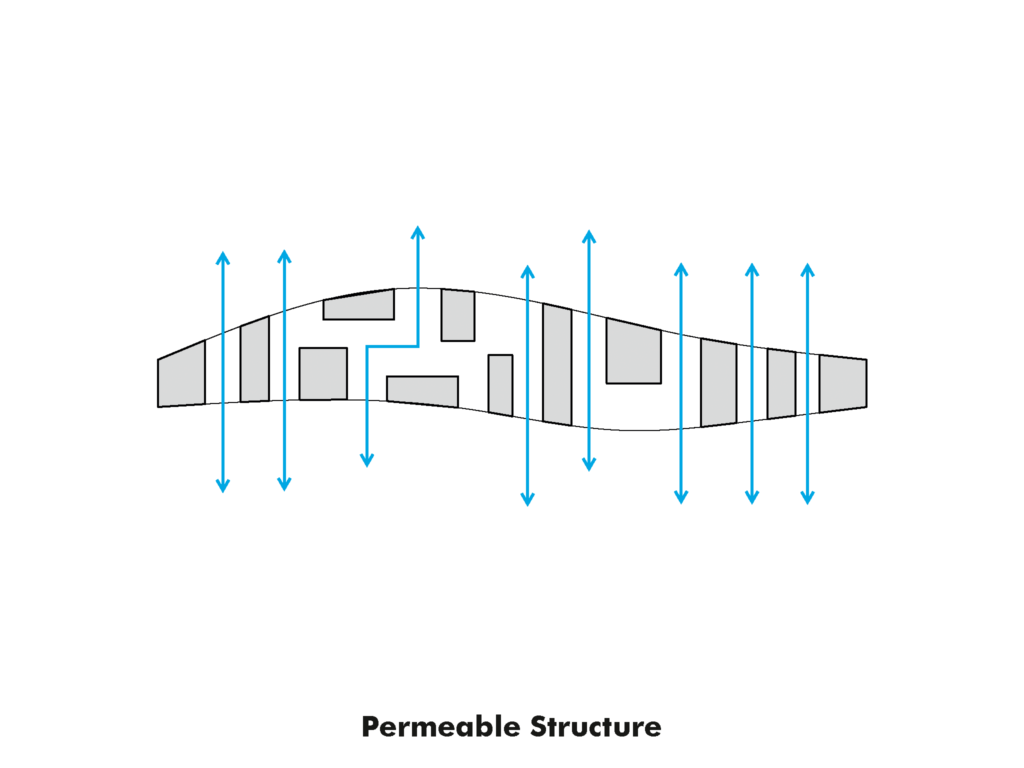 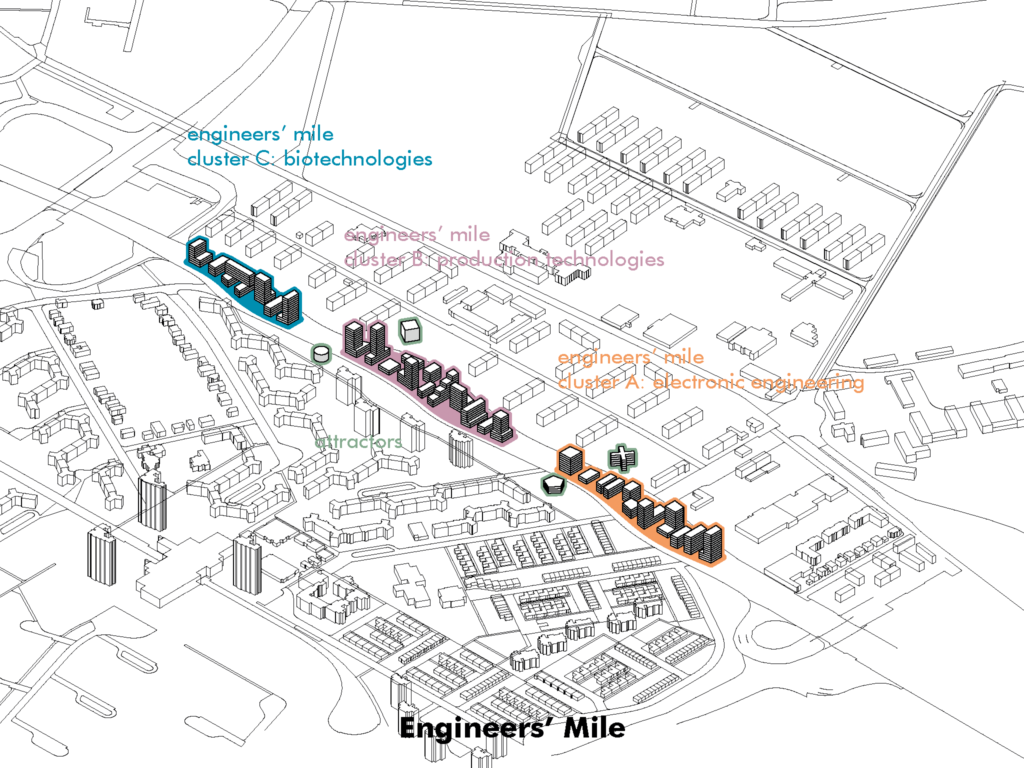 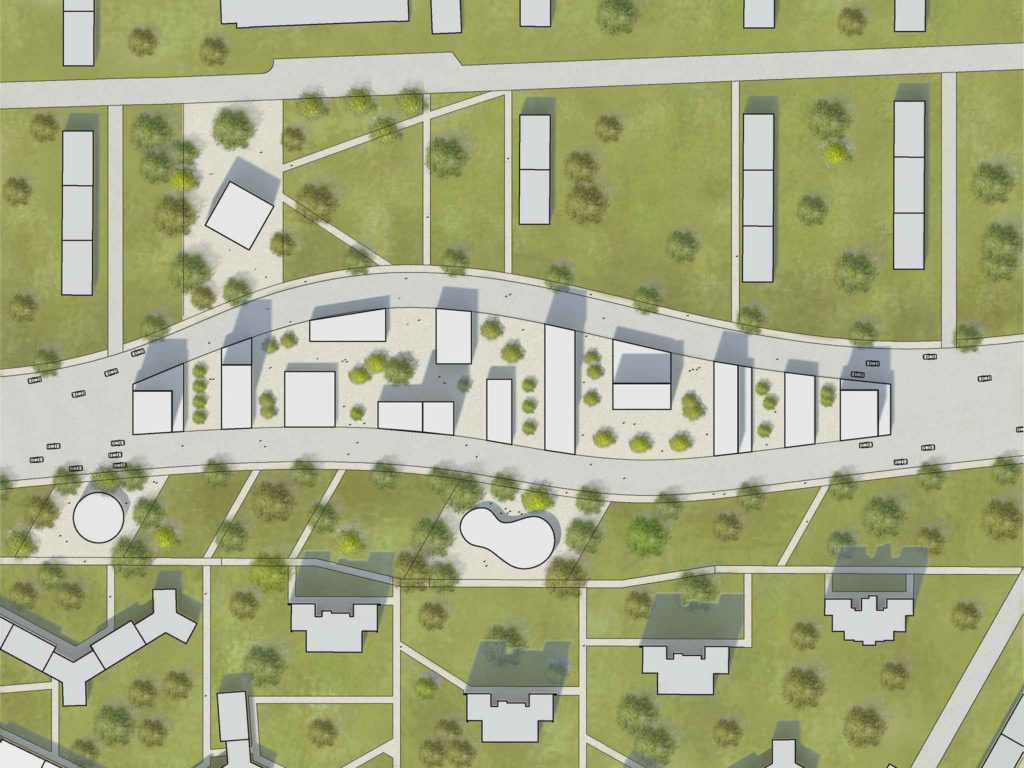 Mannheim is a patchwork city, where areas of very different character and typologies are located next to each other. The problem of the site is the extreme separation by the Autobahn-like street B38, that separates the patches like a ripped cloth. Instead of separating the patches, the street should be a connecting element that stitches the patches together.

Normally a boulevard is a wide street within a dense, urban area, where buildings of several storeys’ height define a clear edge along both sides of the street. Trees along the street and a green area between the lanes (often with trees as well) give it a generous and representative character.
Along the B38 we do not find any building typology that would promote the image of a classic boulevard.

The areas on both sides of the B38 are characterized by a spread out and open building structure with a high percentage of green enhancing life quality.
In order to keep the characteristics of areas around while at the same time creating a new representative entrance to Mannheim, we propose an inverse boulevard. Instead of creating a clear edge on the sides of the street, a dense and urban building structure is placed as an inlay between the lanes. On both sides, the open structures and green areas keep their character and are bound to each other by the inverse boulevard.

The new building structure of the inverse boulevard is characterized by a permeable layout between north and south and a broad mixture of usage, attracting people from both sides of the boulevard. The location between the two lanes of the street facilitates its crossing.