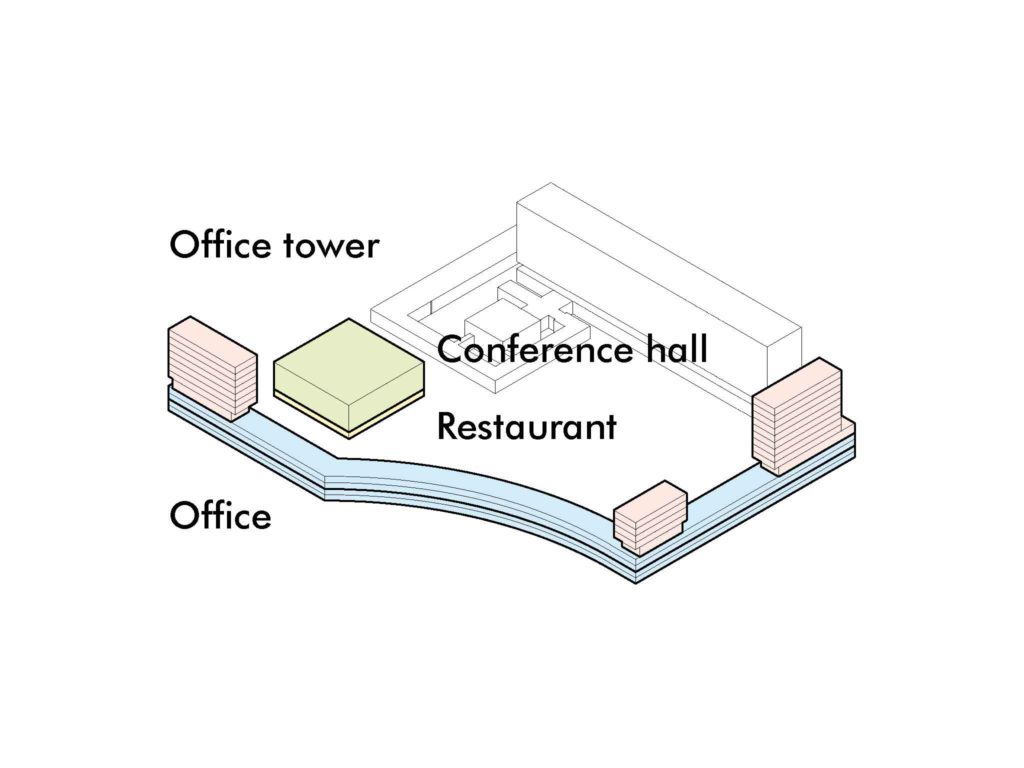 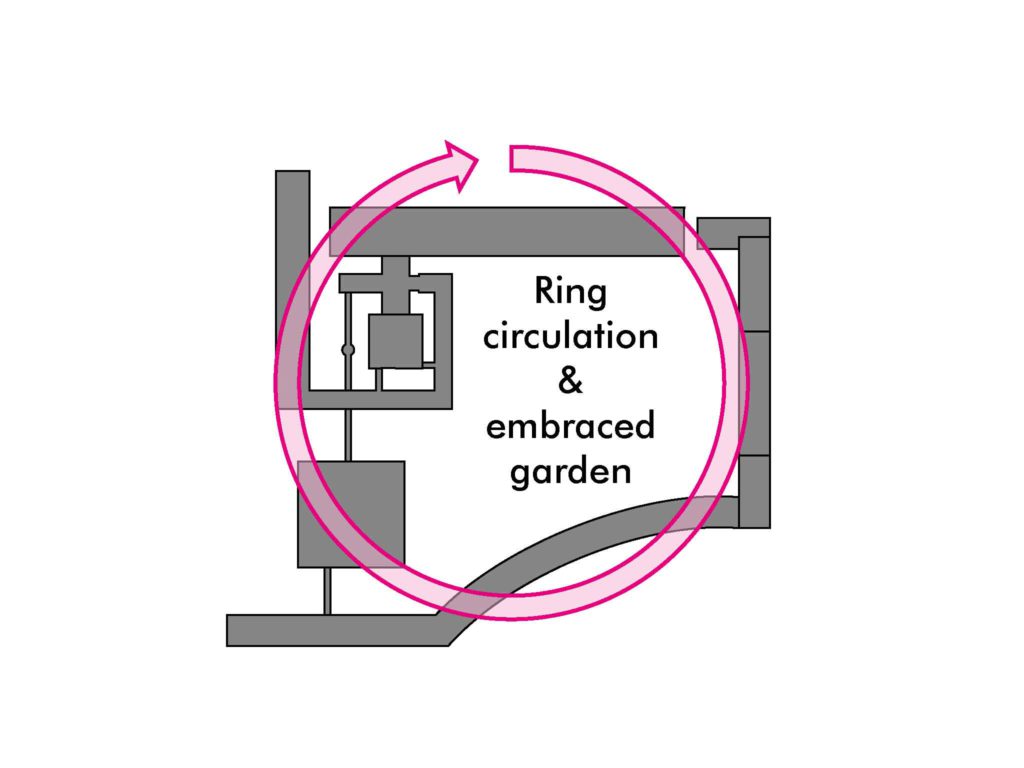 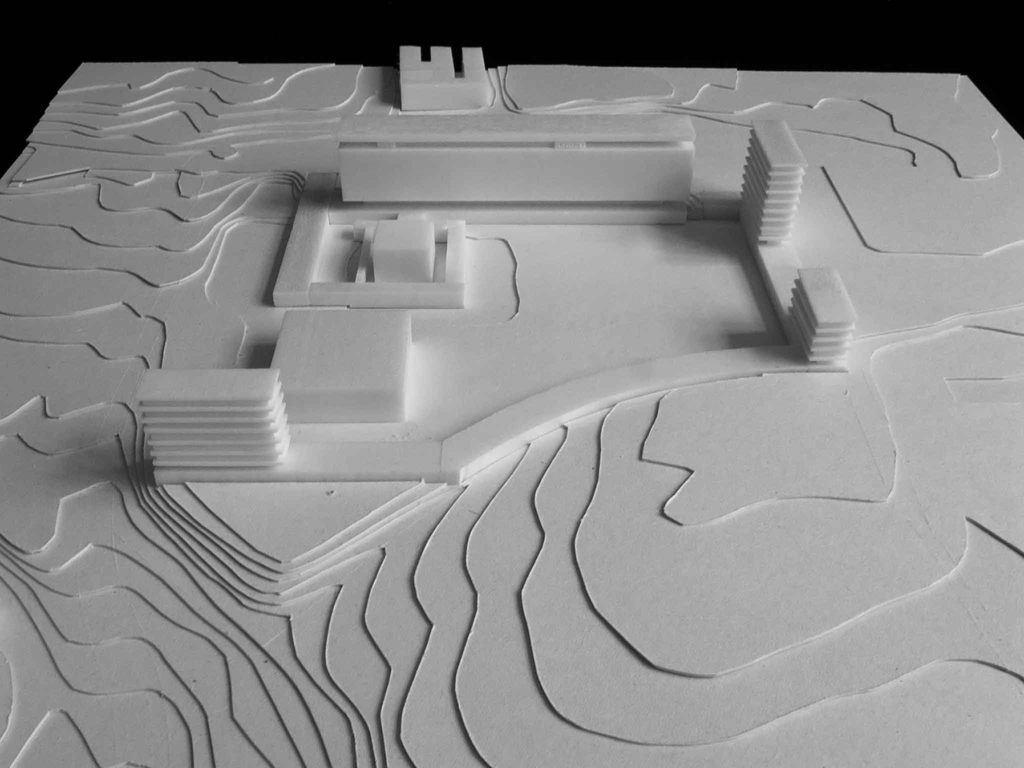 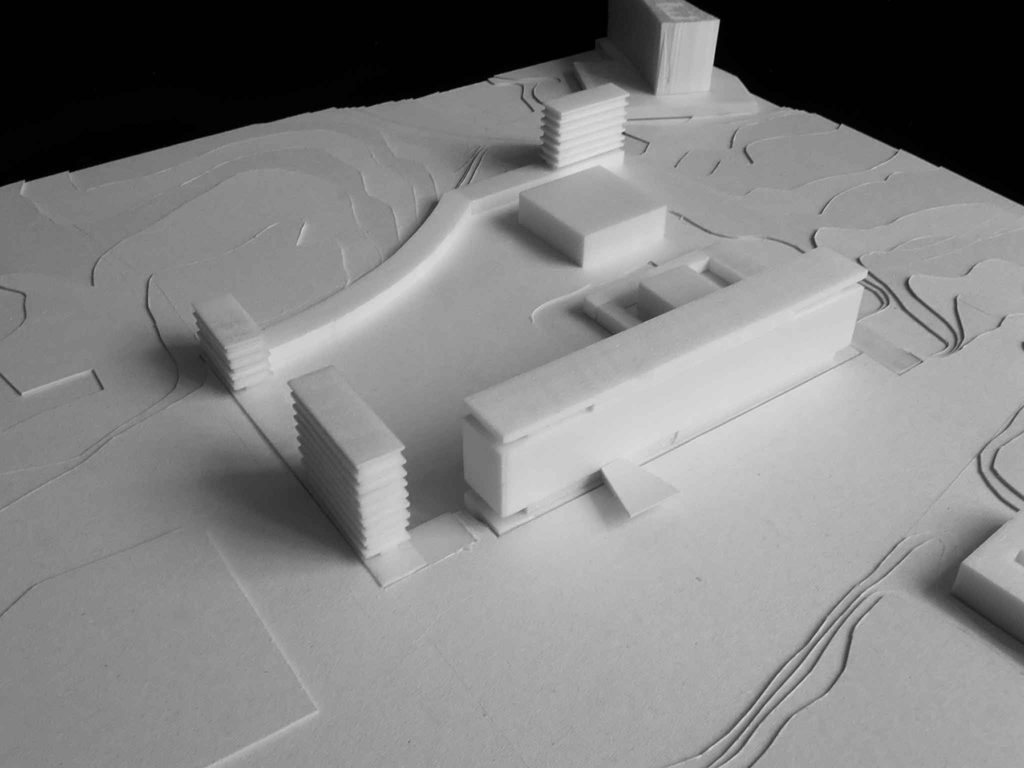 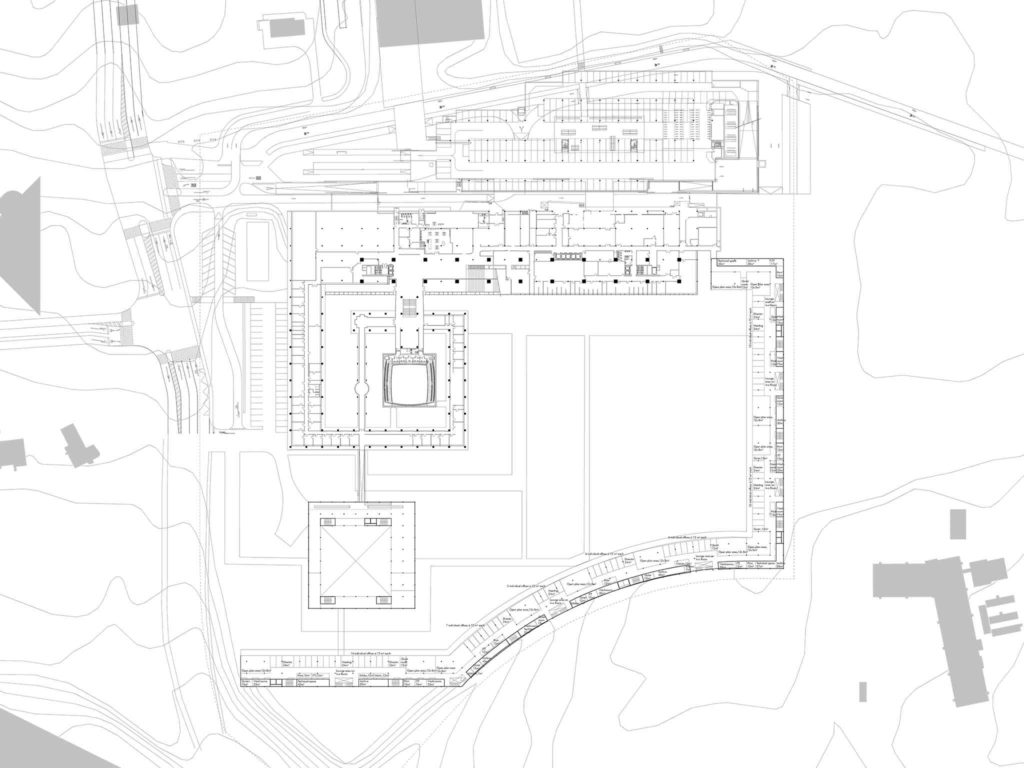 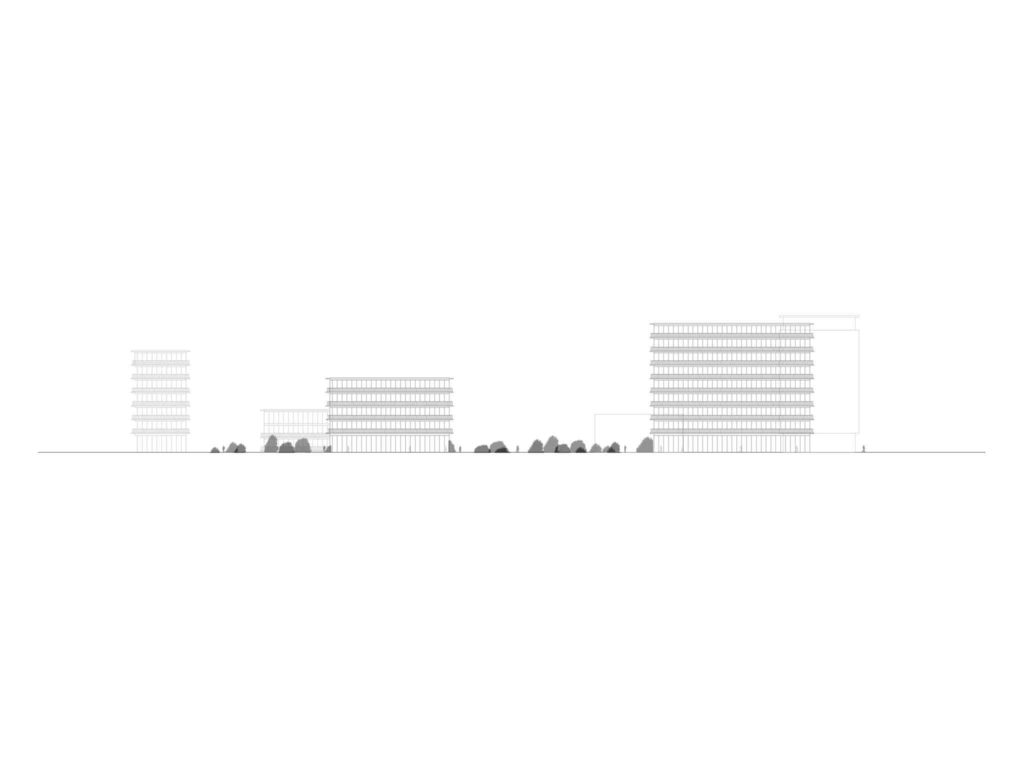 An extension was to be designed to the existing headquarters of the World Health Organisation in Geneva, initially designed by famous architect Tschumi. The location of this extension on the vast site of the WHO was to be set by the architects. As Tschumi’s masterpiece has become a symbol of the WHO’s Geneva headquarters, our design strives not to compete with the main building. Therefore main parts of the new building are laid out as a very low structure on the site's perimeter. This way the entrance level of the main building extends outwards embracing the site as an accessible open roof terrace.

Offices are oriented towards the centre of the site in this garden structure whilst leaving the magnificent view of the main building almost unobstructed. Only three slender towers mark the position of the new building. The extensive brief was laid out on the site without competing with Tschumi’s main building, redefining the meaning of the garden as the centre of the site, a new symbol of the community and a meeting point of people working at the WHO.

Functions are clearly laid out in the new building: the garden level structure as well as the slender towers comprise the offices. Restaurant and conference centre are housed in a new volume in place of the former cafeteria.

The new building reacts to the changing height contours of the site, creating a low embracing structure that opens up towards the lower garden forming terraced perimeter towards the higher grounds. Offices are oriented towards the centre of the site. They are laid out as modular, reversible offices that can easily be changed from individual to open plan offices. Servant spaces line the subterranean backbone of the office areas.